If you have a leaky Schrader valve on your bicycle, it is likely the valve core is damaged, loose, or a small piece of dirt is preventing it from closing fully. 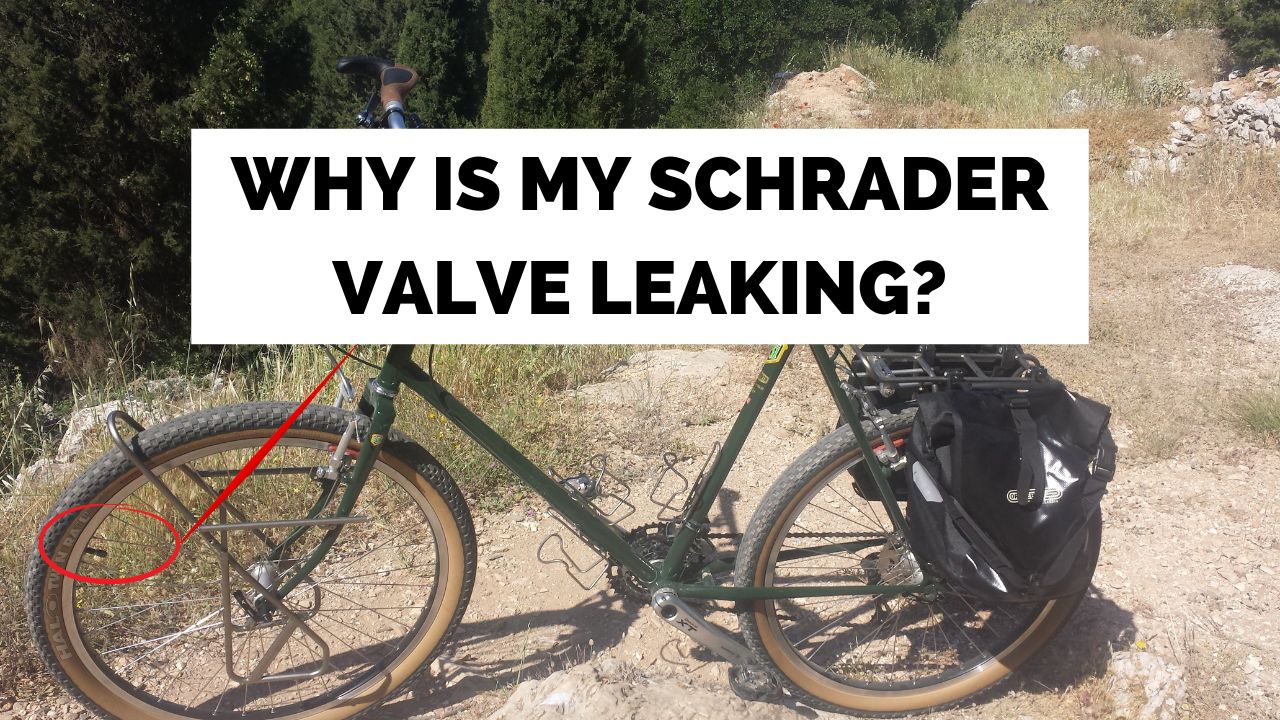 This guide on how to troubleshoot Schrader valve core issues, what to look for, and how to fix them might save you from throwing away an inner tube when it might be saved.

While Schrader valves are arguable more widespread in their usage than Presta valves, they are not without their problems.

The main issue is with the valve core, which is the small piece of metal inside the Schrader valve and controls airflow. When it becomes damaged, loose, or just plain worn out, you can end up with a flat tire overnight.

This leads you to think that your inner tube might have a puncture, whereas in reality, air may be escaping from the valve itself.

Why is my bicycle Schrader valve leaking?

If you're convinced that the inner tube has no punctures, the next step is to inspect the Schrader valve core. 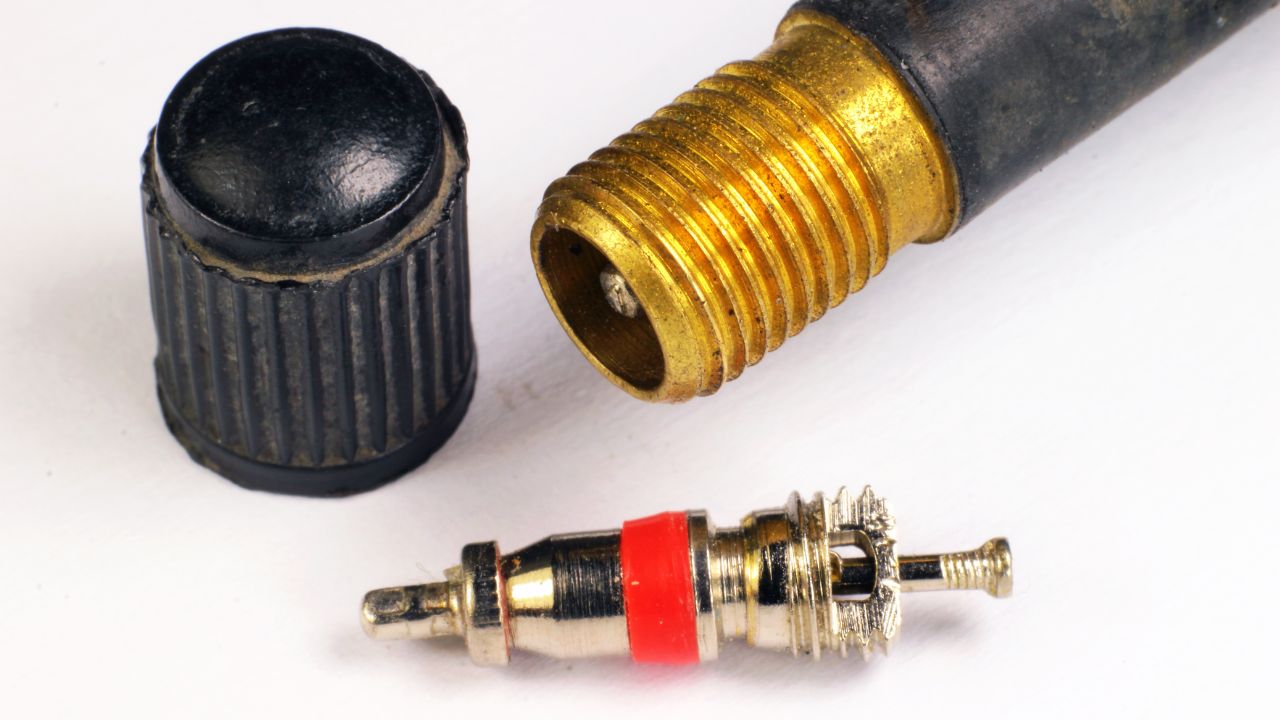 The first thing you should do is unscrew the cap on top of the valve and see if it there's any debris in there such as dirt or grit. This is quite common, particularly if you have been riding without the dust caps on the valve in the first place!

Schrader valves a spring inside of them that keeps the valve shut. If there is some grit in there, it could be the cause of your problems, as it might be preventing the Schrader valve from closing properly.

Get the debris out as best you can, pump up the tire, and see if that has solved the leaking air problem.

Related: Why is my bike pump not working?

If you've cleaned out the area inside the valve stem as best you can, the next thing to consider is that the Schrader core might need tightening or replacing.

You should note that not all Schrader valves can be tightened or replaced, so when you buy tubes, try to get ones where you can.

If the valve core is not tight enough, you will end up with a leaky valve. Use a Schrader valve core tool like the Park Tools VC-1 to tighten up the core and see if that stops the leaks.

Tried all of the above, and your tube is still leaking air? It might be time to replace the core.

To do this, you will need some spare cores (easily available), and the Park Tools valve core tool already mentioned above.

You'll then untighten and extract the old core before replacing it with a new one, and then tighten it up again. Pump up the tire, and see if the inflated tube loses air over time.

In the long run, getting a valve core tool and spare valve cores is cheaper than replacing inner tubes if a Schrader valve develops a leakage.

Sometimes, little problems like these are just too hard to find despite your best efforts. Welcome to the magical world of bicycles and bicycle repair!

If you've checked the Schrader valve, maybe replaced it, can't see there are any punctures, and still the tire loses air – just get a new tube. You tried your best, and maybe learned something along the way!

How do you fix a leaky Schrader valve?

Why does my Schrader valve leak?

The most common cause is that some grit or dust has worked itself under the spring mechanism leading to the valve not closing properly. In other situations, the valve itself may be damaged.

Can you tighten a Schrader valve?

Some Schrader valves can be tightened and this might solve the problem. However, not all Schrader valves are adjustable, so if you're having trouble inflating your tires it's best to replace them with new ones.

What is the difference between a Schrader Valve and a Presta valve?