I have been living in Greece for 3 months now, and things are going extremely well. Except for one area. Learning Greek. In fact, I somehow now know less Greek than when I moved here! If you would like to follow in my footsteps, here is a short guide on how to NOT learn Greek in 10 easy steps. 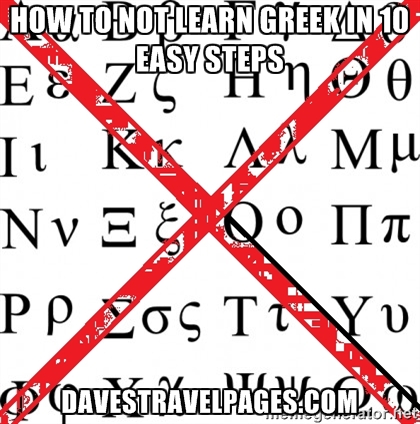 There are several factors contributing towards my monumental lack of progress in learning Greek. And none of them have to do with me. Honestly. It's all everyone else's fault, and I won't hear another word said about it! If you are planning to move to Greece, and want to learn the language, then I strongly suggest that you avoid some, or all, of the following. 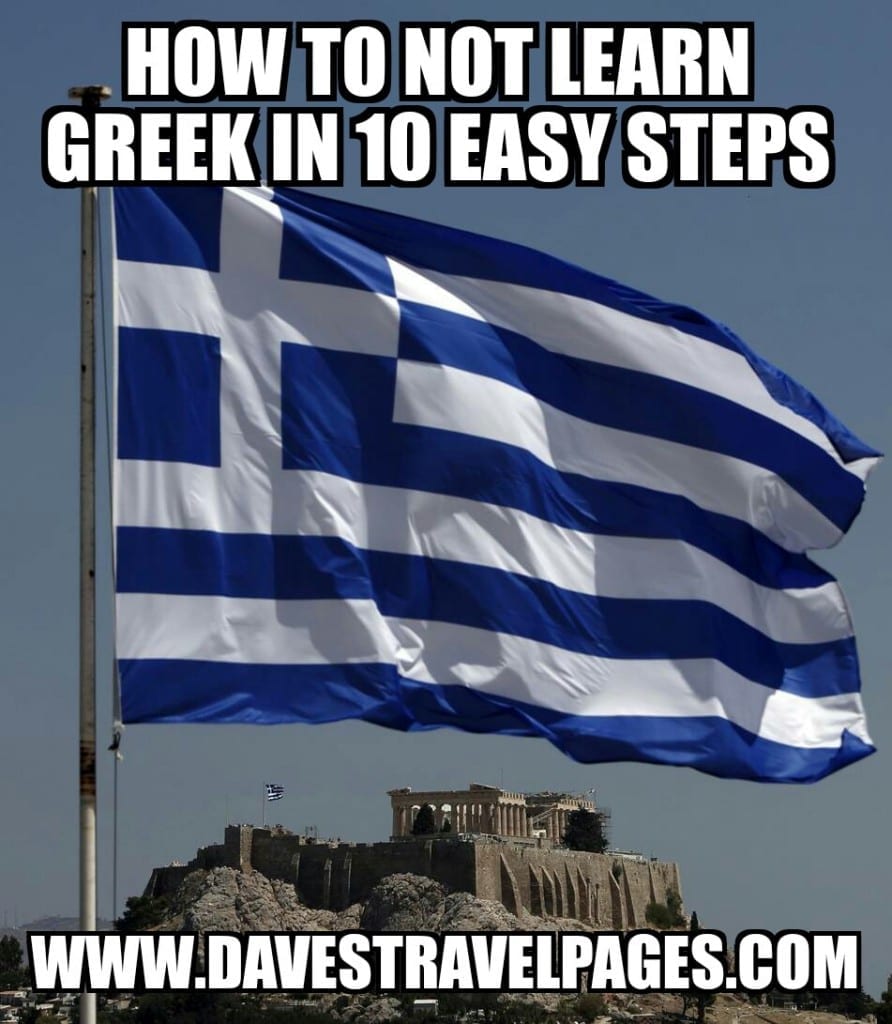 How to NOT Learn Greek in 10 Easy Steps

1. Have a Greek girlfriend/boyfriend/partner who speaks a high level of English – If I had to attribute my stupendous inability to learn Greek to any one thing, then it would be living with a Greek girlfriend who speaks better English than I do. Whilst this is a great thing in terms of our relationship, it is certainly not conducive to my learning the language. After all, even if she was blessed with all the patience in the world, there are only so many times she can listen to me saying ‘γαρδούμπα' horribly wrongly.

2. Work online only in English – This has been brilliant in helping me to not learn Greek. My freelance work consists of writing web content in English for a variety of clients, developing this blog, and also providing a language checking service. Needless to say this, combined with working by myself in the apartment all day, acts as the equivalent of a prophylactic against learning Greek.

3. Don't own a TV – Without a TV in the apartment, I don't even hear Greek once during my working day. Not that there is usually anything on TV worth watching anyway, and I assume Greece is no exception to this?

4. Hang around with people that all speak English – With the working day over, it's time to socialise! Of course, everyone I have met so far speaks good English, so guess what? Yep, we end up talking English. Although I am starting to pick Greek words out of side conversations (does anyone know what Malaka means?), I am a long way off from being able to string a coherent sentence together.

5. Visit family that all speak English. – This is where it starts to get a bit embarrassing. When visiting the Mrs family, the fact that her nine year old nephew speaks better English than I could even dream of speaking Greek, is not a huge incentive towards learning. To heap some more embarrassment on top, even her 99 year old grandma learned two English words to say to me when we visited for her birthday a month back.

6. When asked something in Greek, answer in Spanish – During my travels, I have learned a smattering of languages, all pretty poorly. It took ages for me to stop answering Spanish people in Swedish, and now I am answering Greek people in Spanish. Suffice to say, it doesn't work!

7. Watch youtube/dvds in English – I do like to chill out and watch a film from time to time, but why would I watch an English language film in Greek? I'm watching ‘Big Trouble in Little China' as I write this (which is awesome beyond belief), but somehow, I just don't think its majestic charm would be adequately conveyed with a Greek voice dub.

8. Have no real need to learn Greek – Check above for clarification.

9. Be English – No, we are not genetically averse to learning another language. Or are we?  It's just sometimes, I wish I spoke a language that no one else did, in order to force me to stop being reason number 10…

By the way, did you notice how I got through this entire article without saying the phrase ‘It's all Greek to me'? Except I just said it then. DOH!!!

As always, your comments are welcome and eagerly anticipated below!

Dave's Travel Pages – Bringing you the best of Greece. 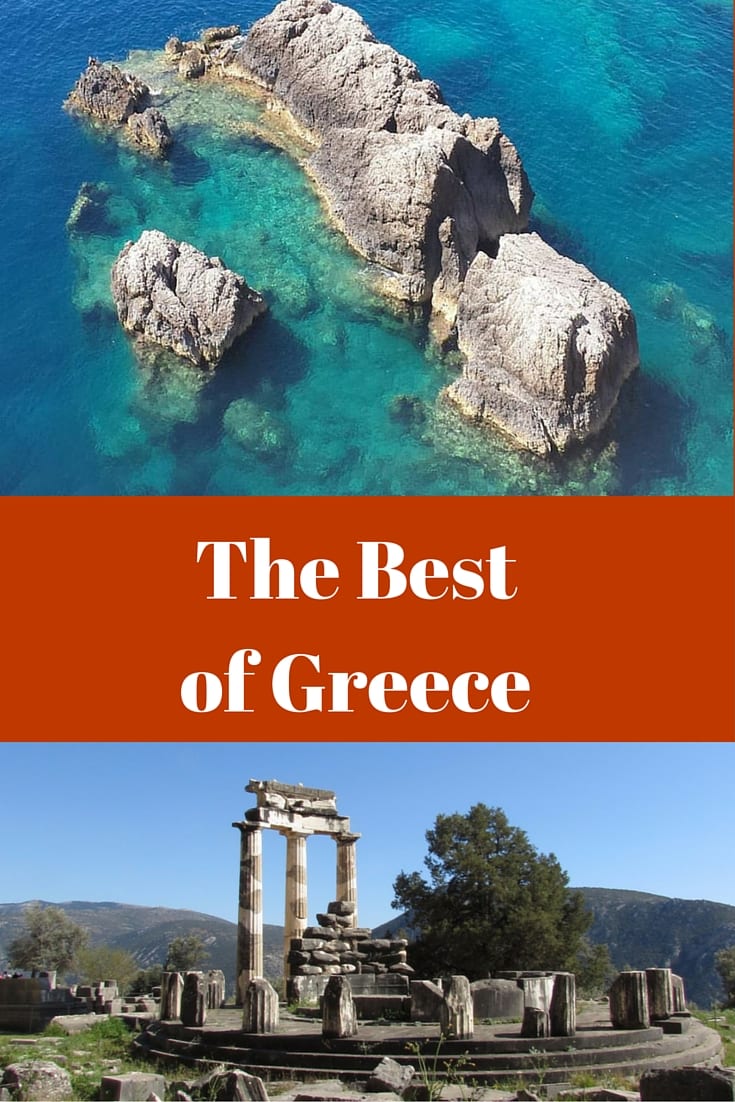 Basic Greek Words To Learn For Your Vacation in Greece

The Best Neighborhoods in Athens for Urban Explorers

Things to do in Peloponnese Greece