The Haridimos Shadow Puppet Museum in Athens, is a museum that keeps an important part of Greek cultural history alive. Karagiozis Shadow Puppet Shows were both pre-television era entertainment, and a way for Greeks to subtly poke fun at the ruling Ottoman empire. Anyone from the UK will instantly think of Punch and Judy. 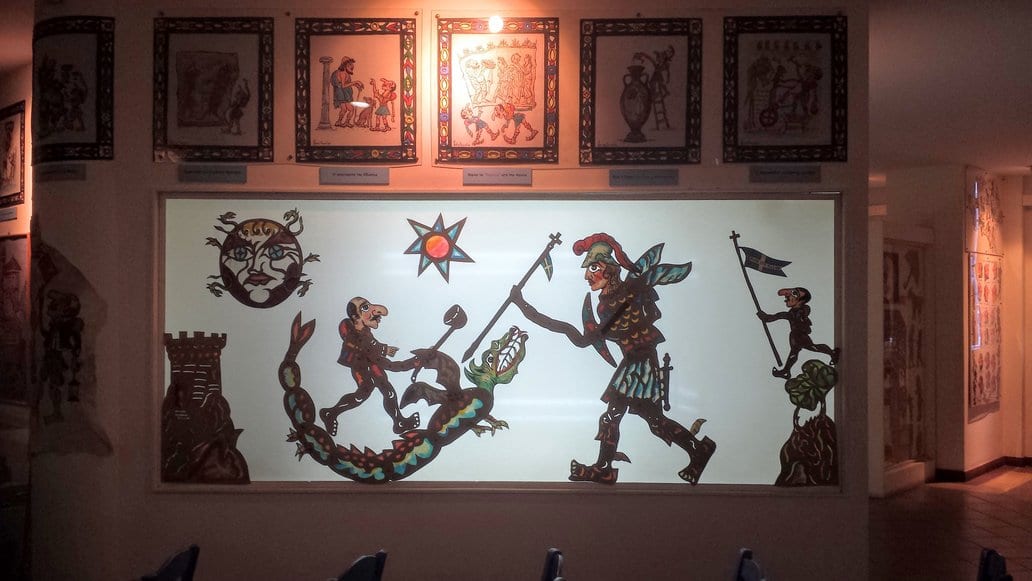 Shadow puppet shows played a hugely important role for Greeks during the years of Ottoman rule. They were a way to poke fun at the Ottoman empire, pass on information, recount history, and much more.

The main character in these shadow puppet shows was Karagiozis. Karagiozis is depicted as having a large nose, a humped-back, and with one arm longer than the other.

His character was someone who always tried to outwit society, but his attempts normally ended in comical disaster. This provided the perfect opportunity to create stories around current affairs, and the social situation under the Ottomans. Greek shadow puppets are social and political satire at its finest! 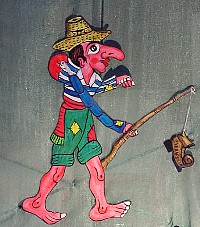 Of course, the ultimate irony, is that the name and artistry behind Karagiozis is Turkish. (Although, don't mention that to a Greek person, as they may get a bit peeved!).

To find out more about the character and Greek shadow puppet theatre, you might find this interesting >> Karagiozis.

Visitors to the Haridimos Shadow Puppet Museum in Athens will notice almost immediately that it is not signed. Well, certainly not in English.

It is tucked away on the left hand side of the The Melina Mercouri Cultural Centre.  This is not signed in English either, so I have included a picture below. 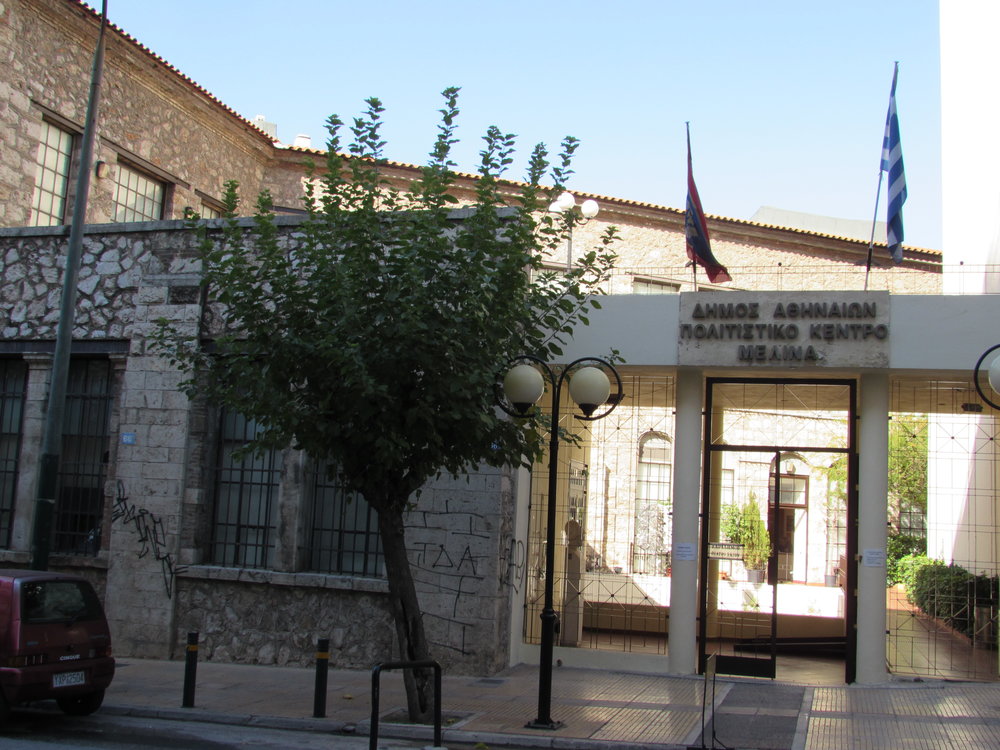 Once inside, again, you will find that nothing is described in English. In a way, this is not massively important. One can easily appreciate the artistry behind the puppets. 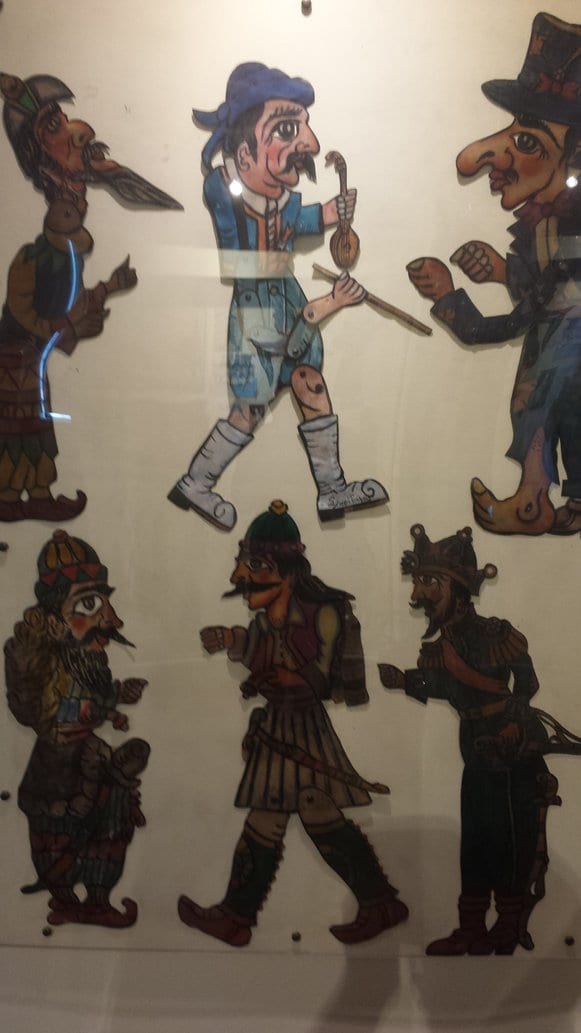 It is even fairly easy to work out what the overall subject matter is about. Apart from the main figure of Karagiozis (sometimes written Karaghiozi

s), you can spot the caricatured figures of Turks from the ruling Ottoman elite.

I was given the instant impression, that this was a way for Greek people to poke fun at the Ottoman empire.

As someone who knew little about the cultural history behind Greek shadow puppet theatres, I spent just 20 minutes there admiring the artistry.

Ultimately though, this museum really is for Greeks. They will already have the cultural background to know what the puppets are about, and the stories behind them.

In one or two generations, this knowledge may be lost though. This emphasises the importance of this museum, as it helps keep cultural history alive. Something I have come to realise is essential for society during my time visiting all the museums in Athens. 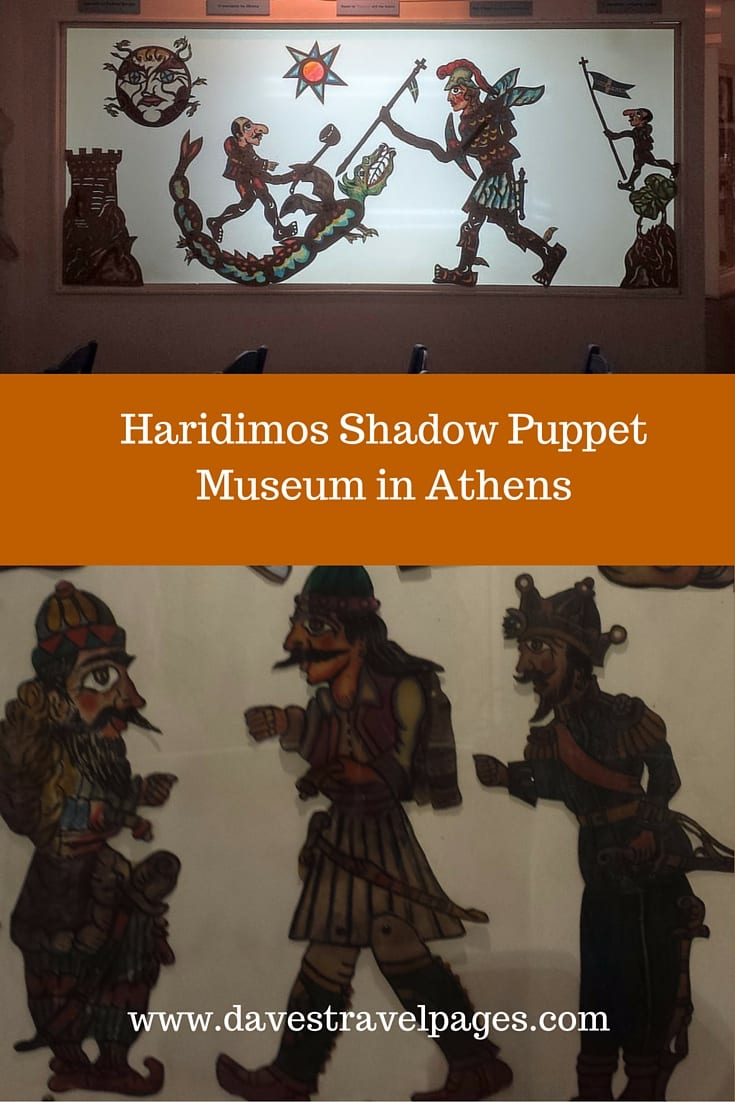 Further Information about the Haridimos Shadow Puppet Museum in Athens

The closest metro station is at Thissio. Entrance is free.

The Haridimos Shadow Puppet Museum in Athens is just a short walk from the Archaeological Museum of Kerameikos.

Further note – There are in fact three shadow puppet museums in Athens. I will visit the other two at some point in the future!