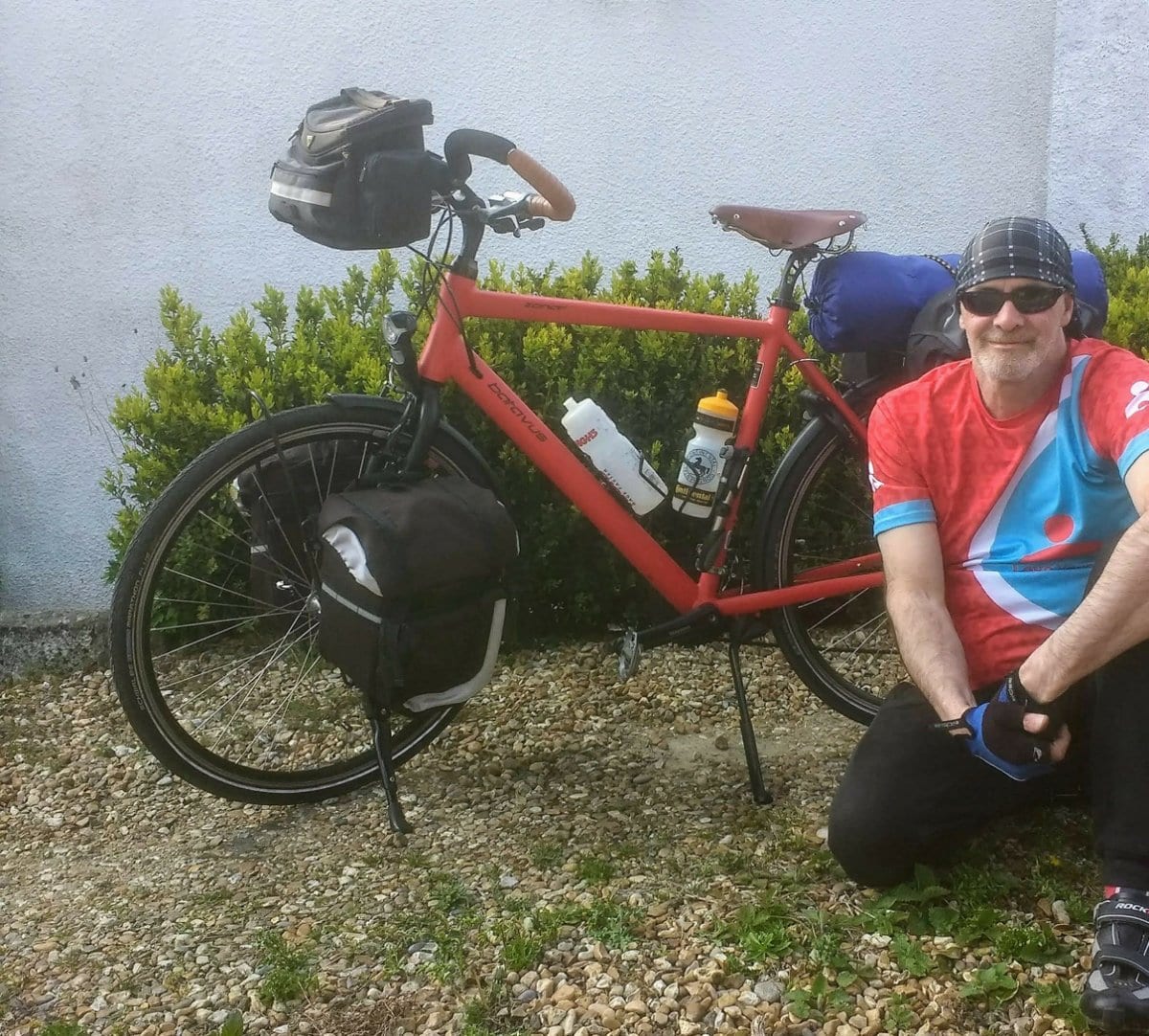 My name is James Thomas, I'm 52 and am originally from Sutton, Surrey but have lived in West Sussex for the last 40 years. I live in a small village called Yapton, Near Arundel and run a small business making Mustards and Pickled Onions.

Can you tell us a little about your bike tour?

On the 17th May 2019 I’ll be undertaking a 7 day mini bicycle tour around the South and South West of the UK, self supported and, in the main, following historic Roman Roads where they still exist.

The route starts in Chichester, West Sussex and follows a rough loop to Silchester, Cirencester, Bath, Dorchester, Salisbury, Winchester and back to Chichester. 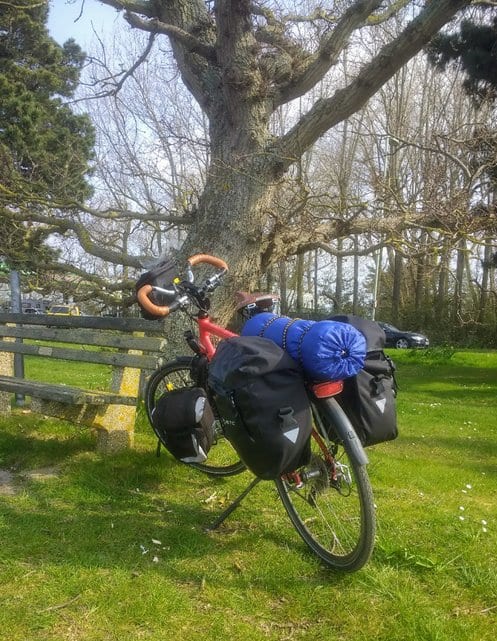 What inspired you to plan this bike tour?

The reason for this ride is because on the 17th May 2018, I had major surgery to remove my entire colon and a section of my small intestine due to Crohns Disease.

Recovery from surgery such as this takes some time, but almost a year on and I’m healthier than I have been for many years and a decent bike ride is in order so it seemed appropriate to support those that have given me such incredible help over the course of last year at the same time.

But just as important, to me at least, is that by completing this ride, I can help others in a similar position as me to also view the significant change imposed by such major surgery as less of a hindrance but more of a positive new start.

Is this your first bicycle tour?

As a bit of history about myself and bicycles, I first ventured out on a bike with tent, sleeping bag and a pack of sausages when I was 15. Although we didn’t know it then, we surely must have been early pioneers of bikepacking and wild camping!

Career, marriage and Crohns Disease put a halt to anything adventurous for some time, but a later purchase of a Claude Butler MTB reignited the spark and although very much limited by Crohns, I started up again.

My cycle adventures have always been restricted in time and distance by the need for Crohns treatments as either a day patient in Hospital or the need for frequent injections needing to be kept chilled, but the spirit has always been there.

I therefore certainly can’t lay claim to long distance tours on foreign soil, but with much improved health and independence, that’s getting more likely.

How does surgery affect your bike tour and cycling?

As far as how the surgery affects my ability on a bike, there are restrictions in so far as I need hygienic and warm running water each night, so there’s no wild camping and campsites only.

I also need to carry various medical equipment with me at all times, the amount of which depends on the days away from home.

But most significantly, I don’t ‘process’ food and liquids as someone with a complete digestive track does, so to speak, and on a usual day in the saddle require about 2.5 times the calories and liquid an average person would need.

Neither can I take short cuts with food and try and up the calories with sugars and fast carbs, they just aren’t absorbed the same way it seems, so all of my food comes from fresh food and porridge, eaten very frequently.

I usually average around 55 to 60 miles a day with a heavy bike, but have no spare capacity with energy so need to be strict with food timings.

Cycling with a Stoma

But perhaps most significant is that a result of the surgery was the formation of an ilostomy and stoma. I won’t detail this here as a quick Google search about cycling with a Stoma will be quicker.

This requires daily care and, as I mentioned above hygienic conditions and warm running water to change appliances. In addition, stoma products are very much ‘percentage’ products in so far as they are designed to work for average people living average lives with average amounts of activity.

When someone steps outside of those parameters, the appliances need additional attention to remain reliable and safe. The constant leg movement of cycling 7 or 8 hours a day, together with perspiration and general friction wear and tear most certainly takes me outside of average.

The stoma product manufacturers, together with the specialist nurses at Chichester hospital have all been involved in helping find a solution to the problems as there is no one locally, or known to the manufacturers who also undertakes cycle touring where long hours of constant movement is involved.

So in a way, I’ve been a bit of a guinea pig in this respect. But going back to what I said earlier about adopting a positive outlook post surgery, it’s a very sad reality that not everyone is able to do that as easily as I have.

Stoma patients can develop very real psychological problems, including social anxiety and loss of confidence and in some cases a fear of leaving the house.

I believe if just one such person views my efforts and thinks ‘if he can, then I can’ then I would be immensely pleased and the months of perseverance with various types of appliances, bike positions and all manner of challenges will have been more than worth it.

What bike are you using on the trip? 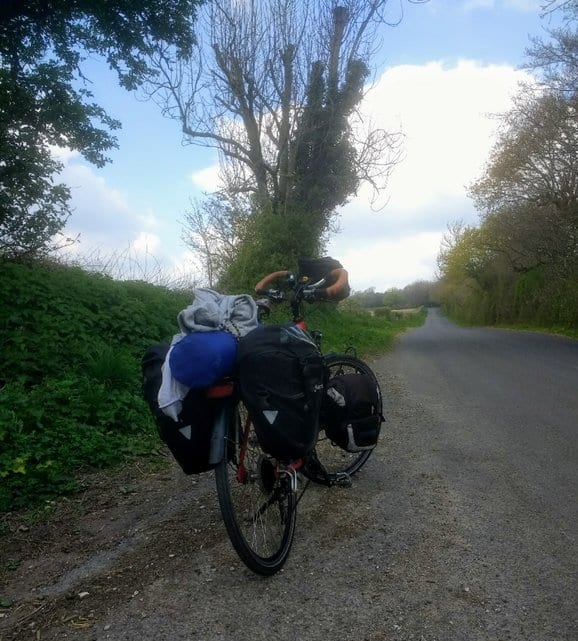 The bike is a 2015 Batavus, considerably adapted in so far as I cant adopt much of a bent over angle due to the risk of clouting an ileostomy with my knee frequently, so I changed to Butterfly bars, increased the riser angle and played with seat position until I was comfortable.

Crohns disease affects not only the digestive tract, but joints as well and a result of 25 years of Crohns is a wedge fracture in my spine that needs to be kept from playing up when cycling.

The Butterflies are double wrapped in spongy tape overwrapped with leather and there is a small cushioning pad of sponge between the bar and riser to help dampen road chatter.

The saddle, much to most people’s surprise is my ancient, but trustworthy Brooks that provides plenty of support for the spine, together with a dampening seat post.

Altogether, it’s taken a few months to get the bike to the point where all day cycling is possible again, but in its present state I’ve managed 88 miles in one day with not too much complaining form surgery or fracture so I’m happy that the bike is where it needs to be.

I have a Facebook page called Roman500 which will include plenty of pictures, occasional video and my thoughts along the way, including why I'm supporting the charities and he reasons why I'm passionate about bicycles and bike touring. 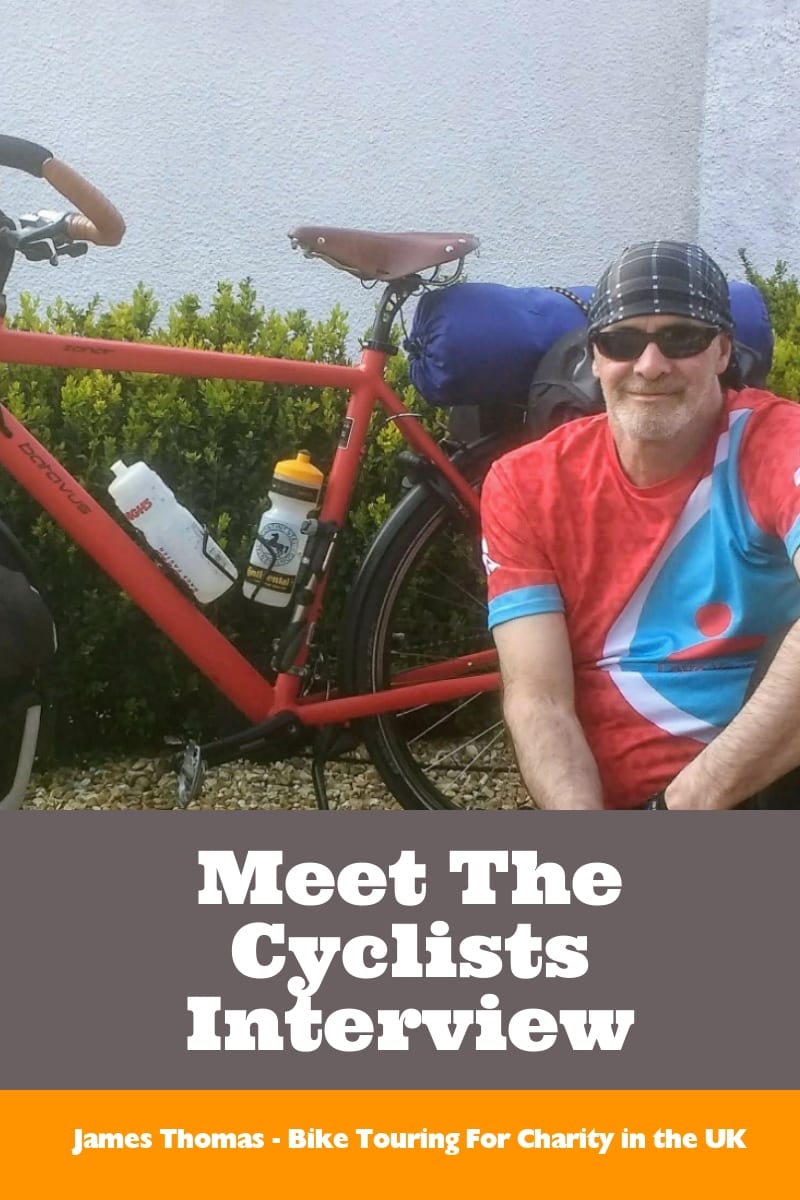 You might also want to read – Interesting facts about cycling and bicycles.