In this Mexico bicycle touring blog update, I cover the day's cycle ride between Punta Perula and Barra de Navidad. A challenging but enjoyable day's ride!

I knew it would be a tough day from reading peoples blogs covering this area. Initially, it wasn’t too much of a problem, with each section of climbing being a challenge, and each descent a joy. 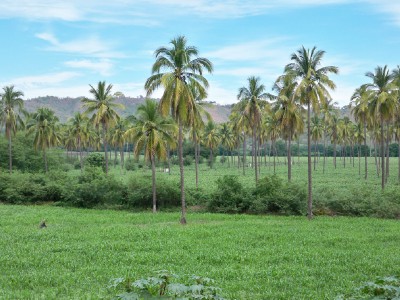 After 40 kms, it became a drag though, with each descent becoming gut wrenching as I knew I would have to cycle back uphill again for no long term gain.

The psychological problem for stretches of road like this, is that you can’t turn around at the end of the day and say ‘hey, I’m way up here at 3000 metres…. Job well done’.

I start off at sea level and finish at sea level… the 3000 metres of continual loss and gain uphill is negated at the end. Oh, and it was very hot and sweaty as well (just in case that message hasn’t come through!).

The road must have been pretty bad, because out of the supported cyclists from the day before, only four cycled up the last hill… the other nine electing to ride in the van as they all passed me by.

If I had paid $2000 for a ten day cycling holiday, I’m pretty sure that I would want to cycle everyday. Each to their own though, or maybe the conditions really were that bad. 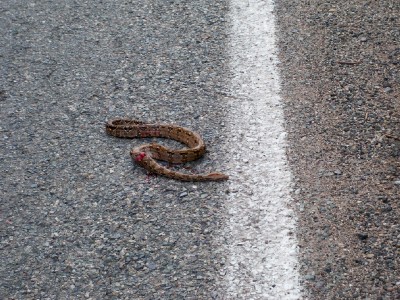 About ten miles from my intended destination, a car started beeping its horn and pulled over. I

t turned out to be Shane, an Australian guy I had last seen face down on the floor in the hostel in La Paz, embarking on a rather unique Margarita recycling exercise. He seem a lot better!

Quickly catching up, he said he was staying at a hotel in Barra de Navidad, and as it was only a few kilometres past my intended stop, and the prospect of a few beers was on offer, I headed out.

I found Hotel Jalisco easily enough, and after checking in, went for a Comida Corrida at a nearby restaurant. At night, Shane, myself and three girls from the hotel went out for a couple of drinks and a bite to eat. A relaxing end to a tough day ! 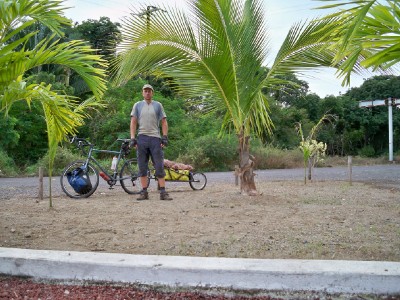