This was one of the more enjoyable cycling days of my 2009/2010 bike tour from Alaska to Argentina so far. The first hour was still quite tough, but the views were unreal. 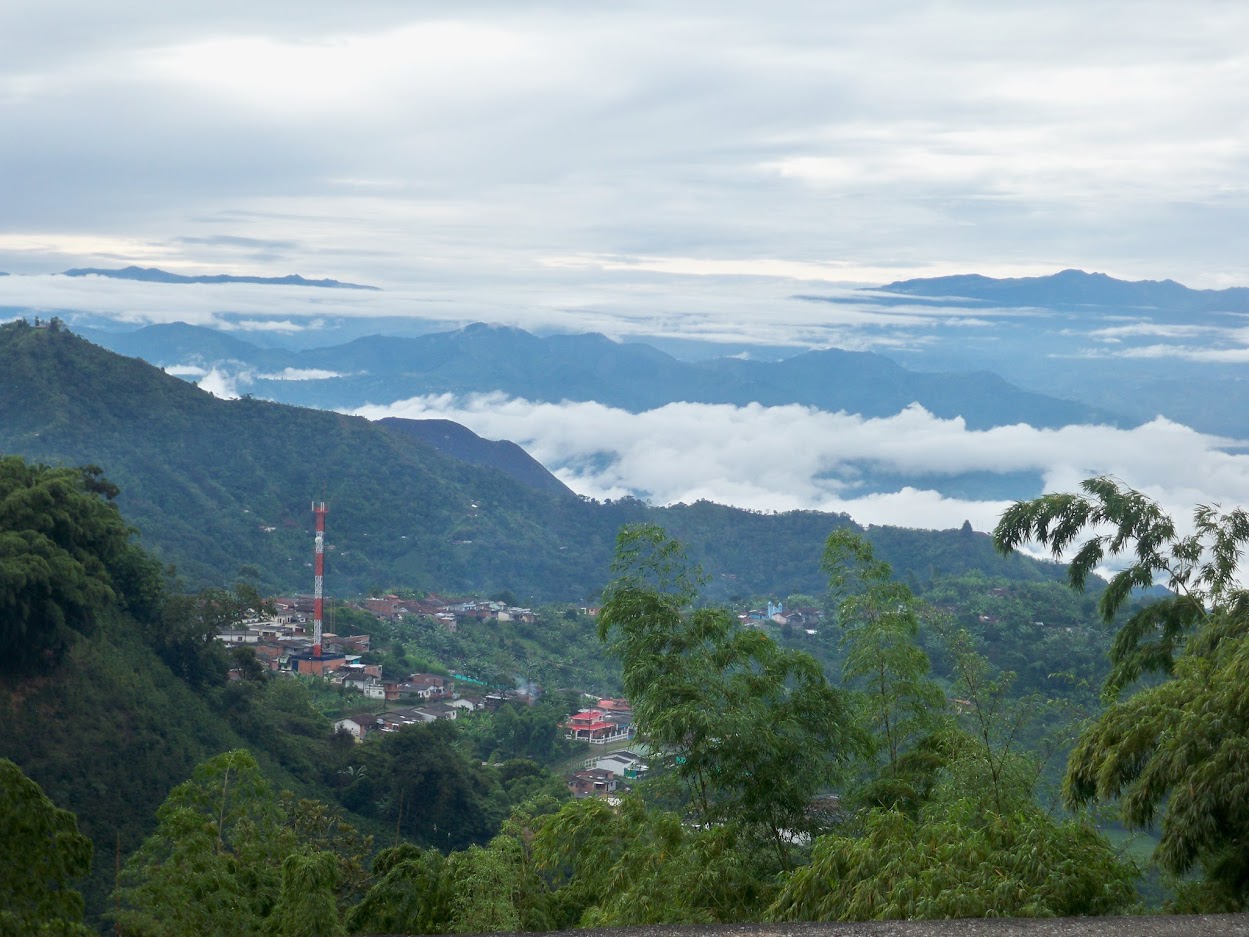 Cycling from Riosucio to Cartago

There is something magical about looking down onto clouds drifting between mountain tops. 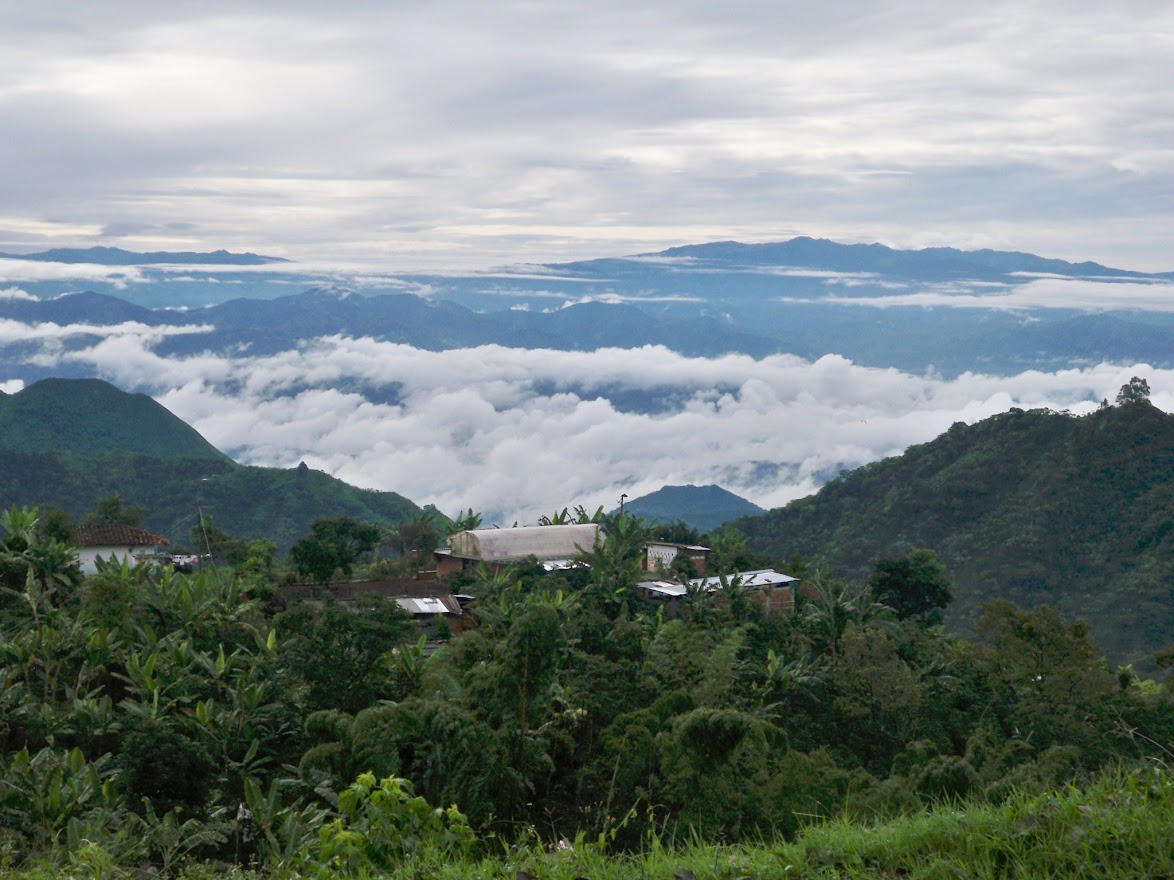 More so because the view had been earned through bloody hard work! 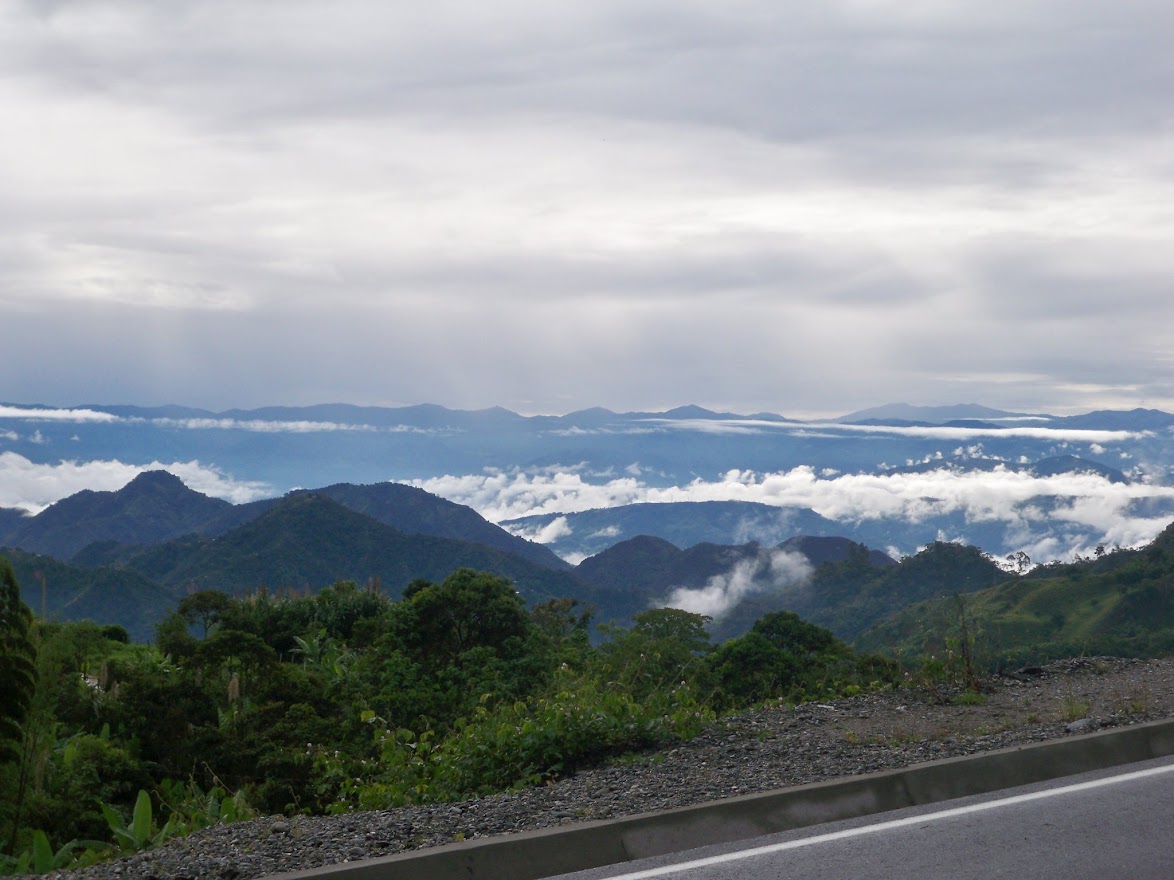 Each view was better than the last. 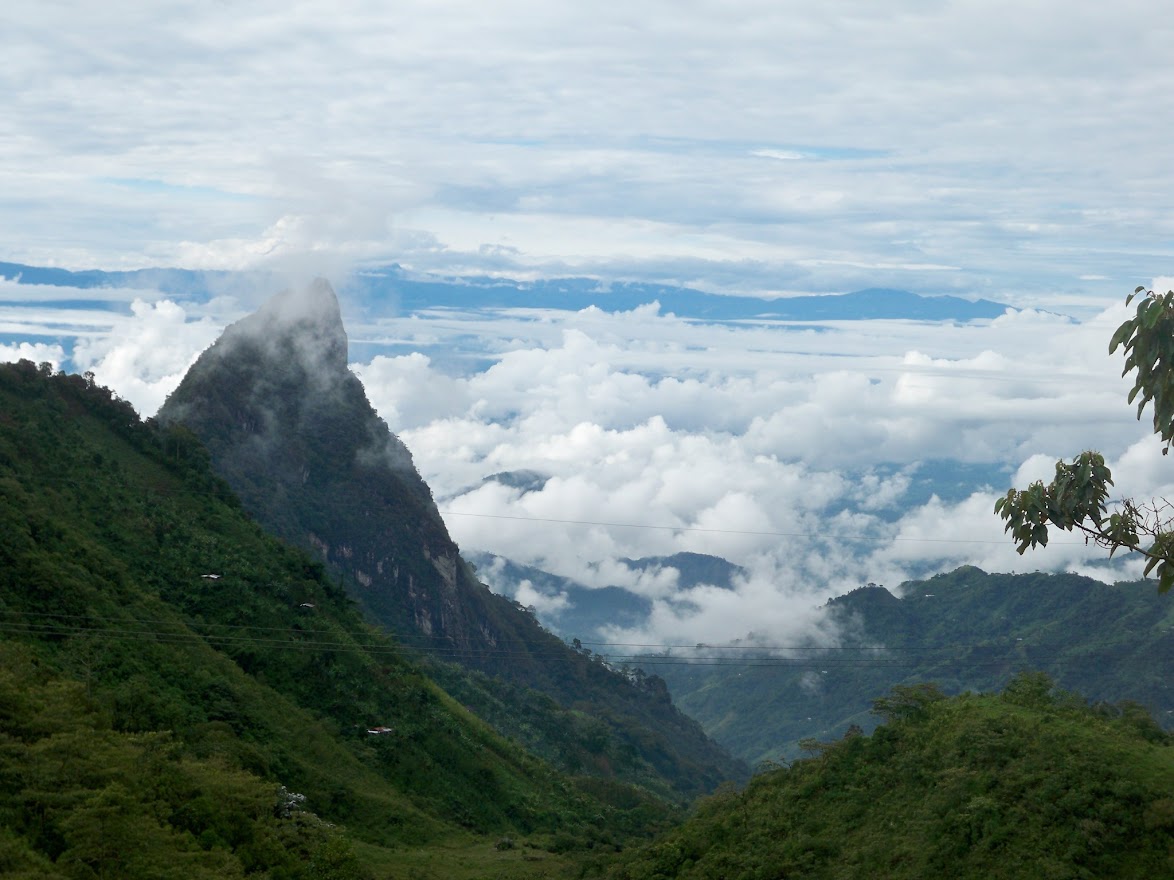 It really felt as though I was on top of the world. 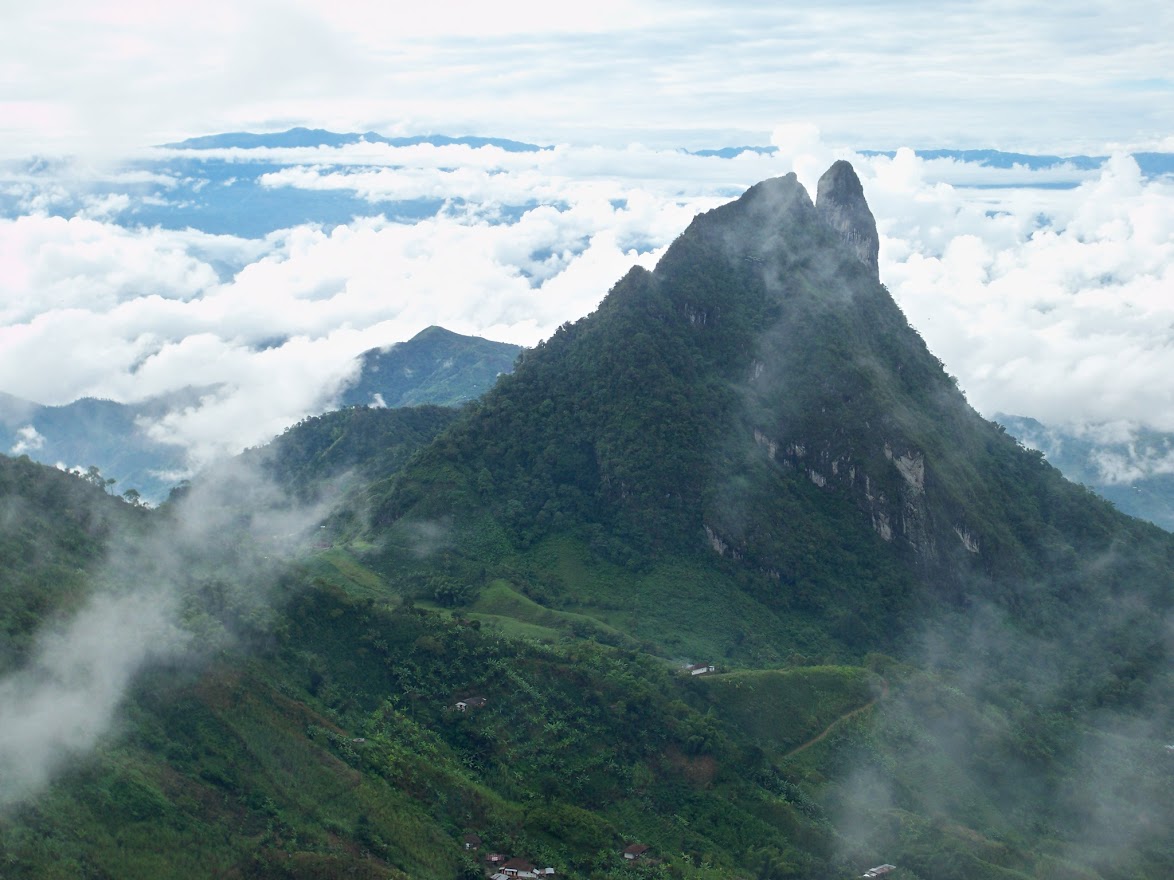 After that first hour, the route became rolling up to the town of San Clement, where I took a nice breakfast.

The road leading out to the town of Anserma was rolling once more, and the it was basically downhill and flat for the next 40kms to La Virginia.

I had to stop a couple of times to let the brakes and rims cool down on what was a great descent.

From La Virginia it was all uphill to the junction town of Cerritos where I rejoined the main highway, and glided downhill to Cartago. 12,000 pesos saw me in a hotel room attached once more to a service station.

Reflections on the day

So, although I took the wrong road, it actually turned out to be the right path, if you get my meaning, and if any other cyclists reading this are planning to ride through Colombia, I strongly recommend this route. It bypasses the city of Pereira which is probably a pain to cycle through, and the views are out of this world.

– Dave Briggs
Dave has cycled around much of the world on different bicycle tours. He's biked from Alaska to Argentina, and England to South Africa and in addition to this cycling diary and photos from cycling between Riosucio and Cartago in Colombia, he's written many other guides to bike touring.