The Stanforth Kibo+ Expedition Bicycle is a bike designed to travel the world. Having been kindly loaned one for my cycling trip from Greece to England, I thought I would take a little time to let you know my thoughts on it. Here we go… 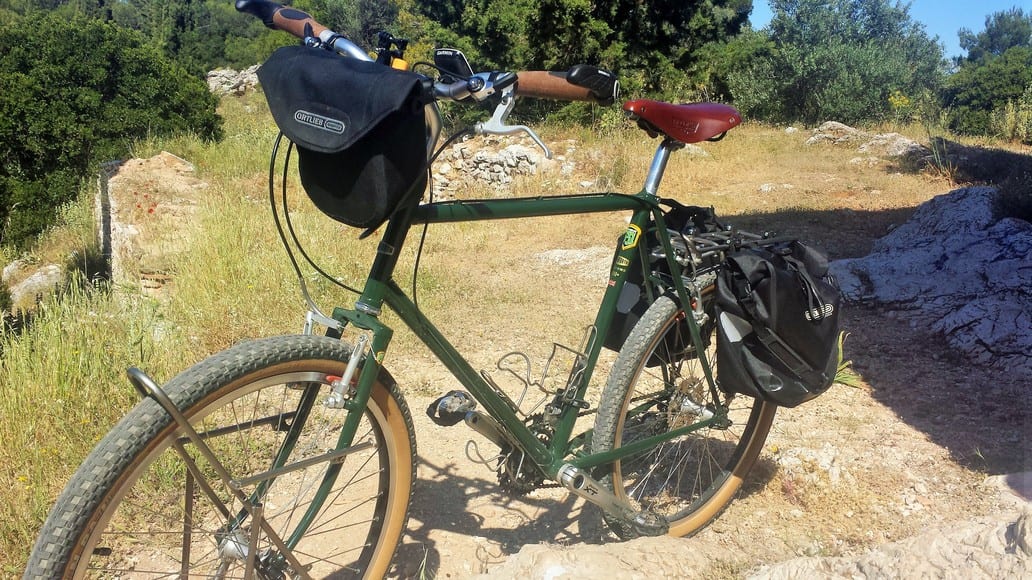 “Would you like to try out the new Kibo+ on your next cycling trip?”, I was asked.

Sometimes, I have to pinch myself to see if I am dreaming. Over the past few years, I have been offered a number of incredible opportunities for which I am truly grateful. To review a bike designed for adventure touring is something special though.

It's not just being able to use the bike, it's the thought that my opinions are valued by an extremely talented bike builder. So, thank you very much Simon of Stanforth Bikes!

What is an expedition bicycle?

In my mind, an expedition bicycle, is a bike that is useful on both sealed roads and dirt tracks. It should be a tough, no-nonsense machine, which once purchased, you shouldn't have to worry about.

Reliable is the keyword. Having undertaken several long-distance bicycle tours over the years, there are three things I look for in a general purpose expedition bicycle to travel the world. These are: 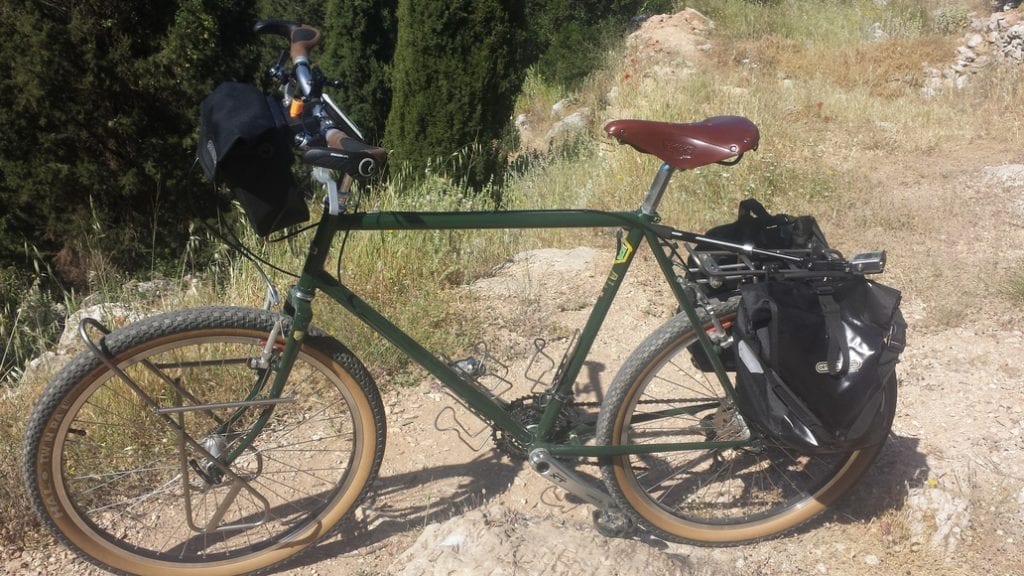 The Stanforth Kibo+ Expedition Bicycle ticks all of those boxes. The frame is 631 steel, and the V-Brakes are Paul's, which have incredible stopping power.

A couple of years back, I had reviewed the previous incarnation of the Kibo, which you can read about here – An Expedition Bicycle With Style. This model had cantilever brakes, and my opinion at the time, was that V-Brakes would be more suitable. 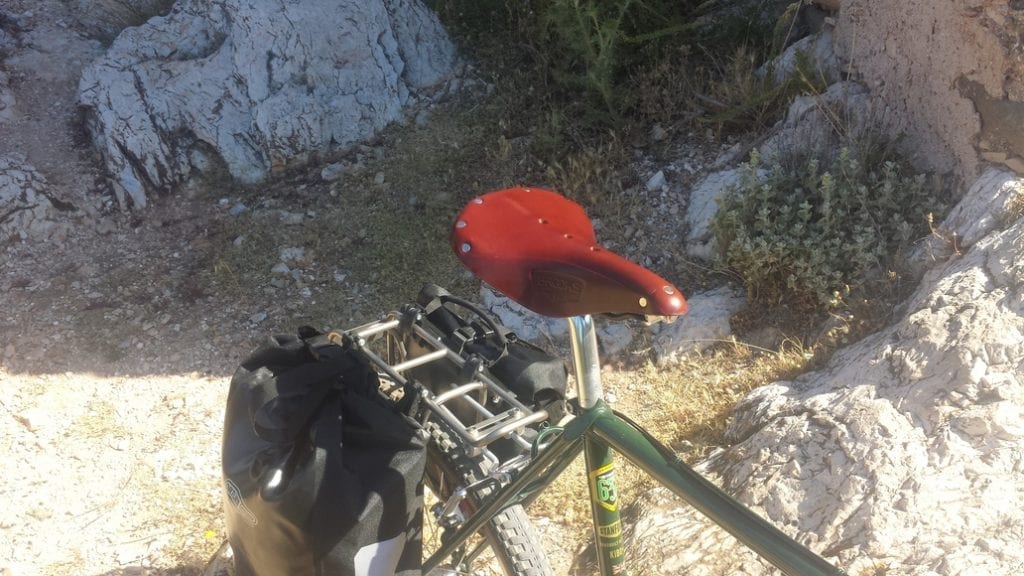 Other notable features on the Kibo+ include Deore XT components, and a Brooks saddle. Basically, every component and detail has been well thought out, resulting in a great looking bike which will happily take you around the world over many years.

Note – If you are reading this and planning to travel the world by bicycle, you may wonder why I am against suspension and disc brakes, and pro-26 inch wheels. Put simply – 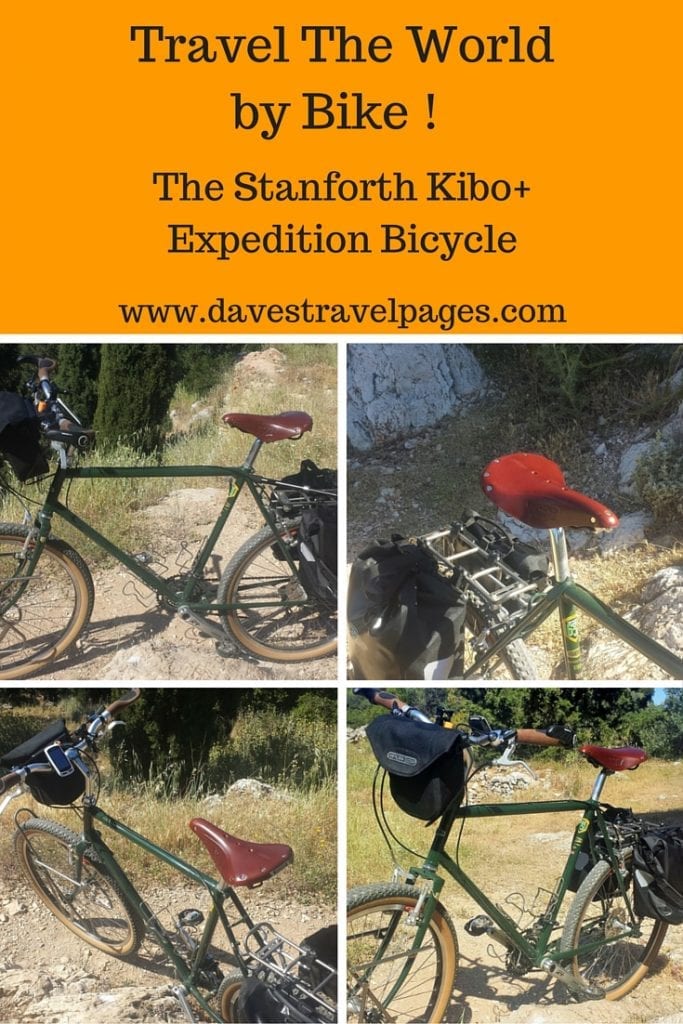 So, the Stanforth Kibo+ Expedition Bicycle has this covered. This has been designed as a bike to travel the world on, and as such, has an elegant simplicity which I whole-heartedly appreciate.

I could go into great detail about the specs, but it is probably better if you just check them out here – Kibo Specs. An important thing to keep in mind, is that the Kibo+ is hand-built in the UK, meaning that you can talk to Stanforth, and request parts be swapped in and out.

This is just a short review, because I intend to write more about it after I have cycled from Greece to England.  I have included a video review below as well though, so you can get a better idea of what it looks like.

Planning a cycling trip around the world? The Stanforth Kibo+ Expedition Bicycle could be just what you are looking for!