As I continued cycling through Canada, I bumped into some cyclists. Lots of cyclists! Such a shame I didn't have my camera working that day. 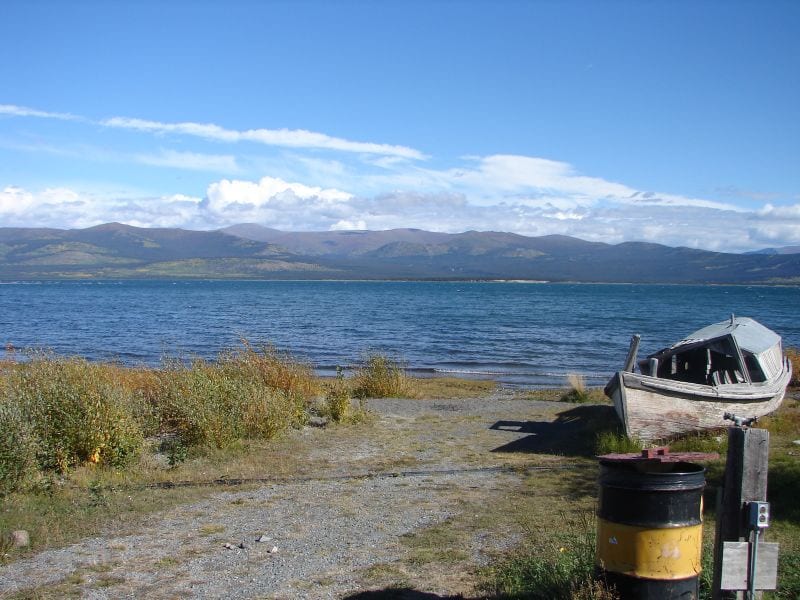 There's other people cycling in Canada!

I left Lake Creek, and realised that today was the day of the cyclists. I don't think I've ever seen this amount of cyclists touring before (discounting the River Danube).

There was Harold and his girlfriend Inge (think I have that right) from Germany who are heading in my direction. A French guy with a German girl coming in the opposite direction.

I made Burwash Landing which had free camping and WiFi – what a great combination! Whilst there, I met David and Will, both of whom are also going in my direction, although not travelling together… Who knew this route was so popular!!

We spent the night talking as cyclists do, over free refills of coffee which I have to say messed with my sleep completely, as I lay awake until 03.00 thinking random thoughts that made no sense.

Note – I had to change the inner tube in the end, and I spent $13.75 on a meal and coffee, so still tragically over budget despite the free camping.

Use the links below to read more blog posts from this bicycle tour:

– Dave Briggs
Dave wrote this travel guide about cycling from Lake Creek to Burwash Landing in Canada when bike touring from Alaska to Argentina.