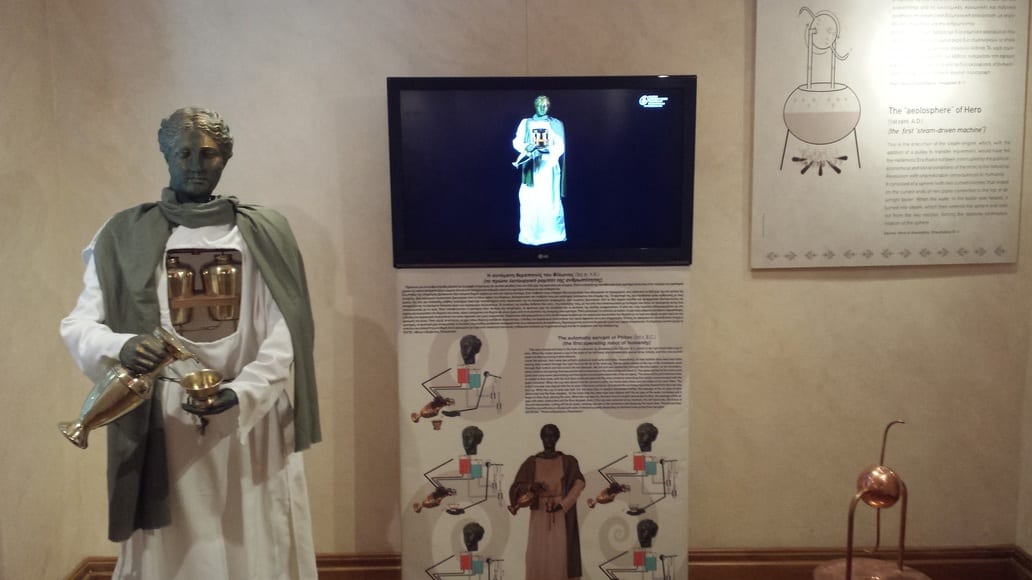 The Herakleidon Museum in Athens is a private museum, which has been open since 2004. Originally conceived as an arts and culture museum, it has since repositioned itself as an interactive science and arts centre.

The main building is mainly used by school groups for educational purposes. The annex building of the Herakleidon Museum in Athens

was opened in 2014, and houses temporary exhibitions.

It has a prime location on Apostolou Pavlou opposite the Acropolis, and so it is quite easy to fit a visit in here on a sightseeing tour over 2 days in Athens. 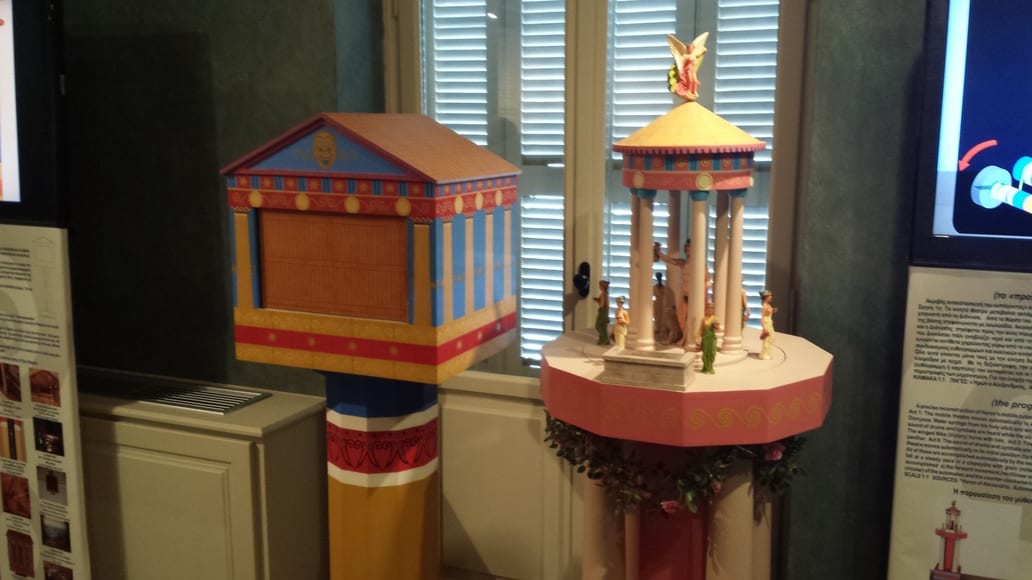 Inventions of the Ancient Greeks

When I visited the annex building of the Herakleidon Museum in Athens, the temporary exhibition was “The Amazing Inventions of the Ancient Greeks”.

I was quite excited to see this exhibition, as I had previously seen it on a road trip of the Peloponnese in its permanent home of the Museum of Ancient Greek Technology.

I remembered that some of the machines were interactive, and as I had my nephew and niece with me, I thought this would be an interesting museum to see. 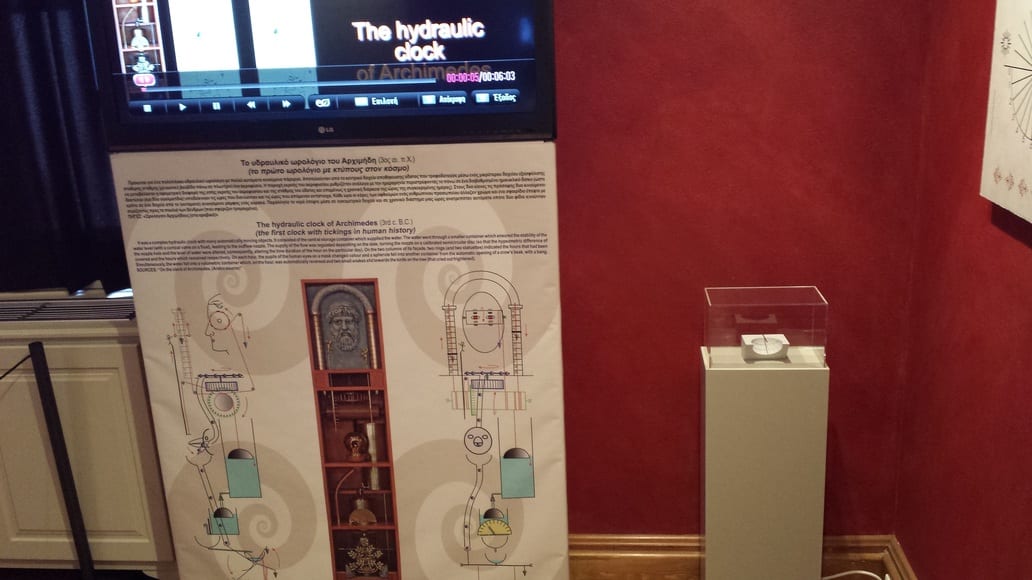 The annex of the Herakleidon Museum in Athens is a nice space, with various rooms laid out over two levels. Sadly though, none of the machines on display were interactive, which I felt was a massive shame.

Everything was well laid out, and superbly labelled, but it would have been so much better if we could have worked some of the machines ourselves. I suppose in a way, it is something I may not have thought about if I had not visited with my nephew and niece. 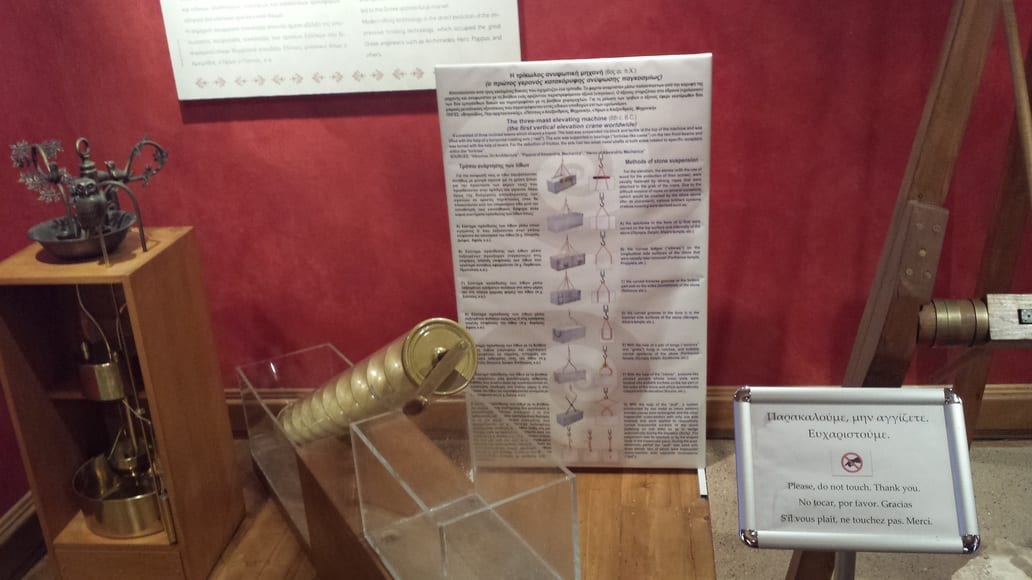 With that said, I still believe that the exhibition is worth visiting. The ingenious devices and machines that people invented over 2000 years ago seemed very far ahead of their time, and it acts as a good reminder that we are not as clever as we like to think we are! Could you have invented any of those items?

The exhibition has been extended until May 2016. After this, it may be extended again, or another temporary exhibition will take its place.

We spent about half an hour there, and so it is very easy to fit this in to a sight-seeing schedule of Athens, especially if you plan to walk around the Acropolis on the pedestrianised path. 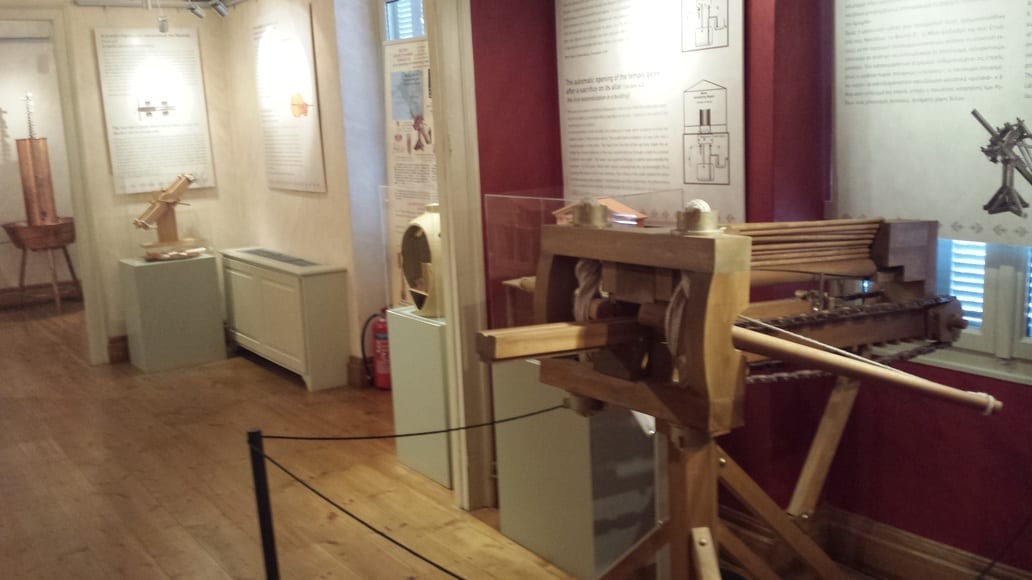 The annex building of the Herakleidon Museum in Athens can be found at Apostolou Pavlou 37, Thissio, Athens. The closest metro station is at Thissio. 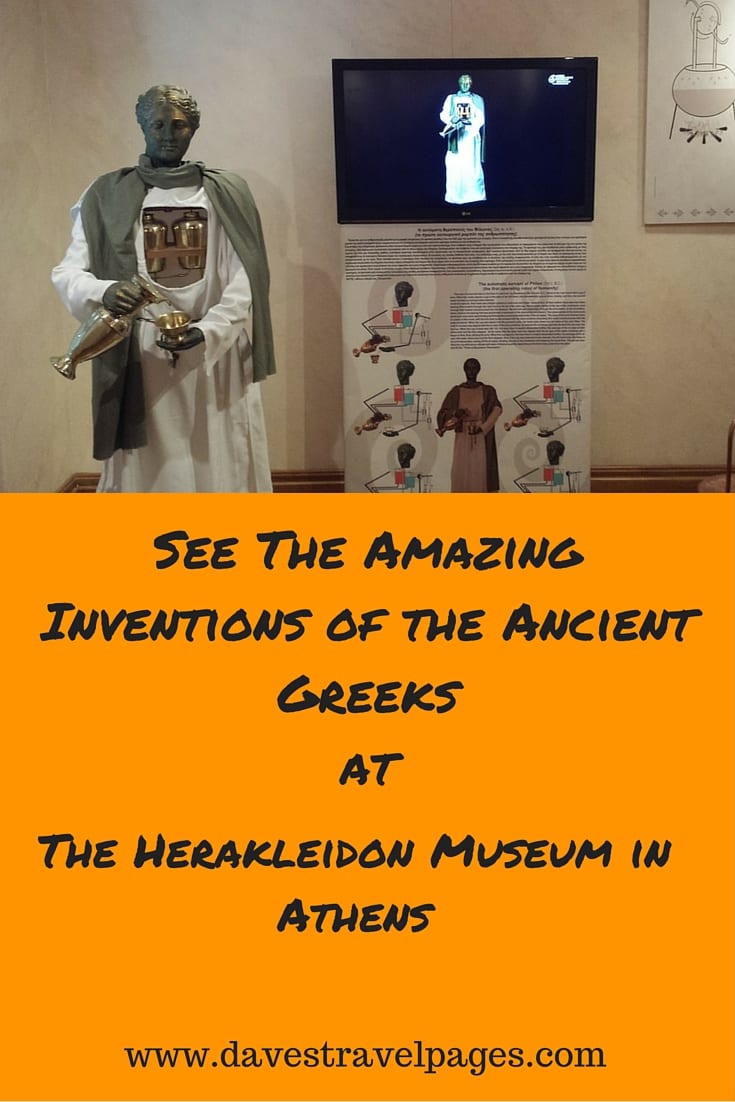