After cycling along the Cuesta de Miranda in Argentina, I decided to take a day off in Villa Union. Here's my travel blog post from the day. 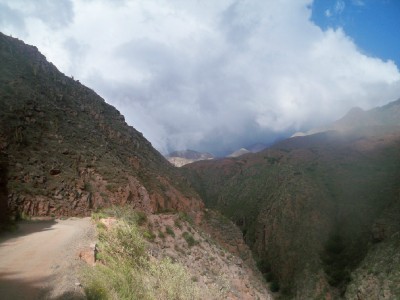 I've made a decision to finish the trip early

I used my time off here in Villa Union to rest my legs, and also to book a flight back to England. Does that sound a bit premature?

I had to come to a hard decision…. That decision being that I will not make it to Ushuai, the southernmost part of Argentina. It was a hard one to make, but I do have my reasons, one of which is I've been offered a job in the UK that may not be there in a few months time when I had actually planned to finish cycling.

It's all about the money

So it comes down to the money situation. In all fairness, considering I ran out of savings in Mexico in 2010, I haven’t done too badly! However, there is only so much more that I can beg or borrow for this trip.

In addition, although I can earn money through the freelance writing gigs, I need to remain in one place whilst doing it. This would mean that I would almost definitely miss this year's narrow window when the weather is most suitable to get to Ushuai.

It basically boiled down to three choices:

On balance, option 3 made the most sense, but obviously, it goes without saying that I am a little bit irritated!

Just as I was starting to enjoy things as well…

However, that said, I have come to enjoy the lifestyle more and more, and the goal of a “final destination” has really become less important.

Basically, if I had the cash, I would just continue cycling year after year! As it is, I will be at nineteen months on the road when I return home… Not bad for someone who has never really earned more than minimum wage during those times that I have actually been working!

So, I return to England during the third week of Feb. From here, I will cycle the three or four remaining days to Mendoza, have a McDonalds in celebration, and then look at buses to Buenos Aires.