During Cat's bike tour along the Eurovelo route 8, she wrote regular blog posts. This blog post is from day 16 of the bicycle tour. 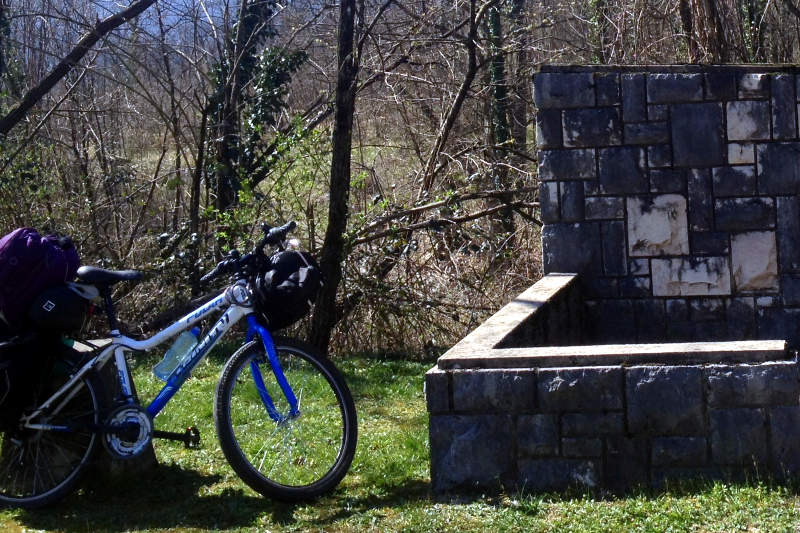 Today was big. I started the morning at 6am with an orange, was pushing my bicycle up a mountain by 6:30am, riding through troll country until 9:30am when I finally reached civilisation in the form of Senj and had a proper sandwich with coffee for breakfast.

Troll country is mountainous desolation strewn with grey stones where I imagine monstrous mythical creatures the colour of the rock live in caves and war with each other.

A grey sky and misty horizon added to the sense of being stuck in a monochrome film; silver grey, stone grey and storm grey. It’s not every day you go biking with trolls hiding all around you.

After breakfast the mountains softened into big hills, with the road sweeping around them like a roller-coaster.

I’ve been reading Anne Pastoe’s account of cycling the ancient Roman roads, which were laid with the weary pedestrian traveller, horse, or other beast of burden in mind.

Climbs are gradual and once height is gained each descent is judiciously rationed out only when absolutely necessary. 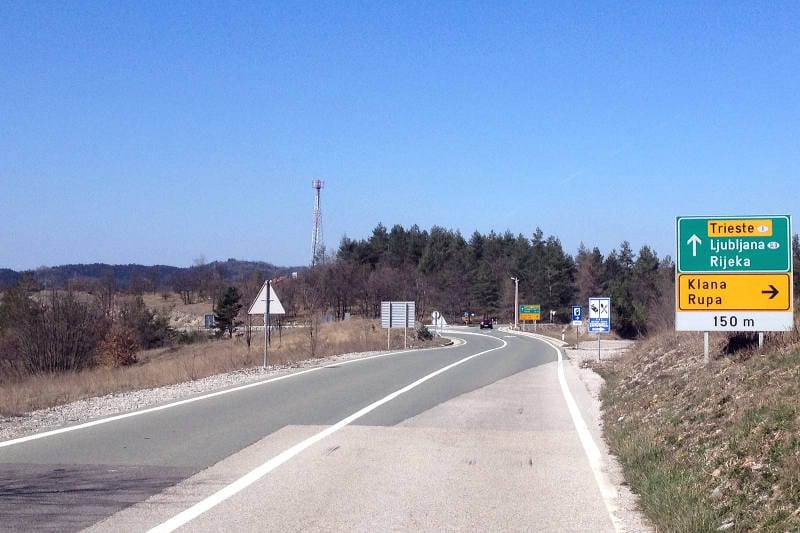 This road wasn’t ancient or Roman, and for every gruelling uphill climb there was a wasteful swinging descent.

I was trying to keep a keep smiling attitude, but I did feel resentful every time I’d fly down a hill seeing the next climb ahead, which as far as I could tell would have been easily avoided by the planners.

I overshot my turnoff and ended up riding around the bay near Rijeka, reminiscent of Boka Bay in Montenegro.

I had to laugh at myself as I climbed back up the last hill to Hrljen, a climb which I would have avoided if I’d had a closer look at my map.

What’s the point of worrying about one extra climb in a journey spanning many months and countries?

I reached the village just before 4pm, bought myself a beer and sat in the sun, feeling accomplished and exhausted after riding over 100km that day.

My warmshowers host Zeljko picked me up at 5pm, loaded my stuff in the back of his car, and drove us home to share an excellent vegetarian dinner prefaced by the obligatory shot of rakija.

He had many suggestions and secrets to share. He’s travelled through every inch of Croatia and much of Europe beyond, with beautiful photos to show for it. Warmshowers again proves to be a community of wonderful people.