Just a short day's cycle ride from my wild camping spot to the town of Caraz in Peru. Part of the Peru section of my Alaska to Argentina bike tour.

Staying in Caraz in Peru

A little bit of a colder night's sleep being higher up, and I was up and away before the sun became visible.

It was a 2 hour cycle into Caraz, where I stopped for breakfast. In two minds as to whether I should stay in this town or not, I saw Ralph (from the German 4WD) walking by, and he came in for a chat.

They were staying at a hostal that had camping, and also had a hot water shower and wifi. Perfect! All the things that I need, and I would be able to do some bicycle maintenance as well! Even better, there was an ATM that I got some cash from. Everything turned out fine. 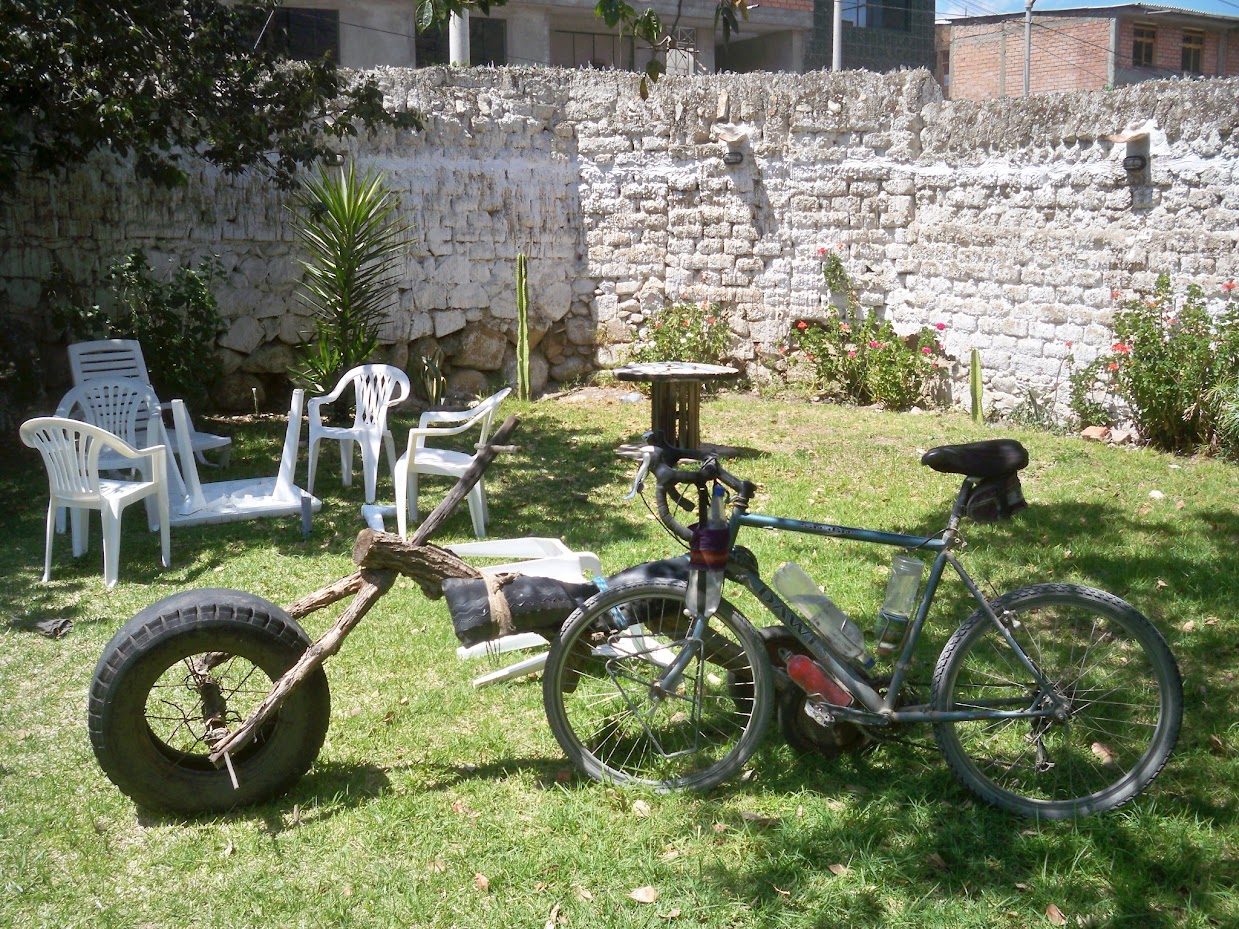 The hostal cost me 10 soles a night to camp, and they even had a laundry service, and boy, did some of my clothes need it!

I’ve checked in for an initial three nights, which should just about give me time to get everything done (this last website update took the best part of half a day, and I haven't answered any emails yet!), although may extend it by a day or two.

In a way, this feels like a way station point. Having cycled from the Zumba border to Cajamarca, then from Cajamarca to Huamachuco, and finally from Huamachuco to Caraz, and I need a little break !