Another day of cycling through the amazing Peruvian landscape, as Agusti and I headed out of the small village we never quite got the name of, and cycled for Mayocc. 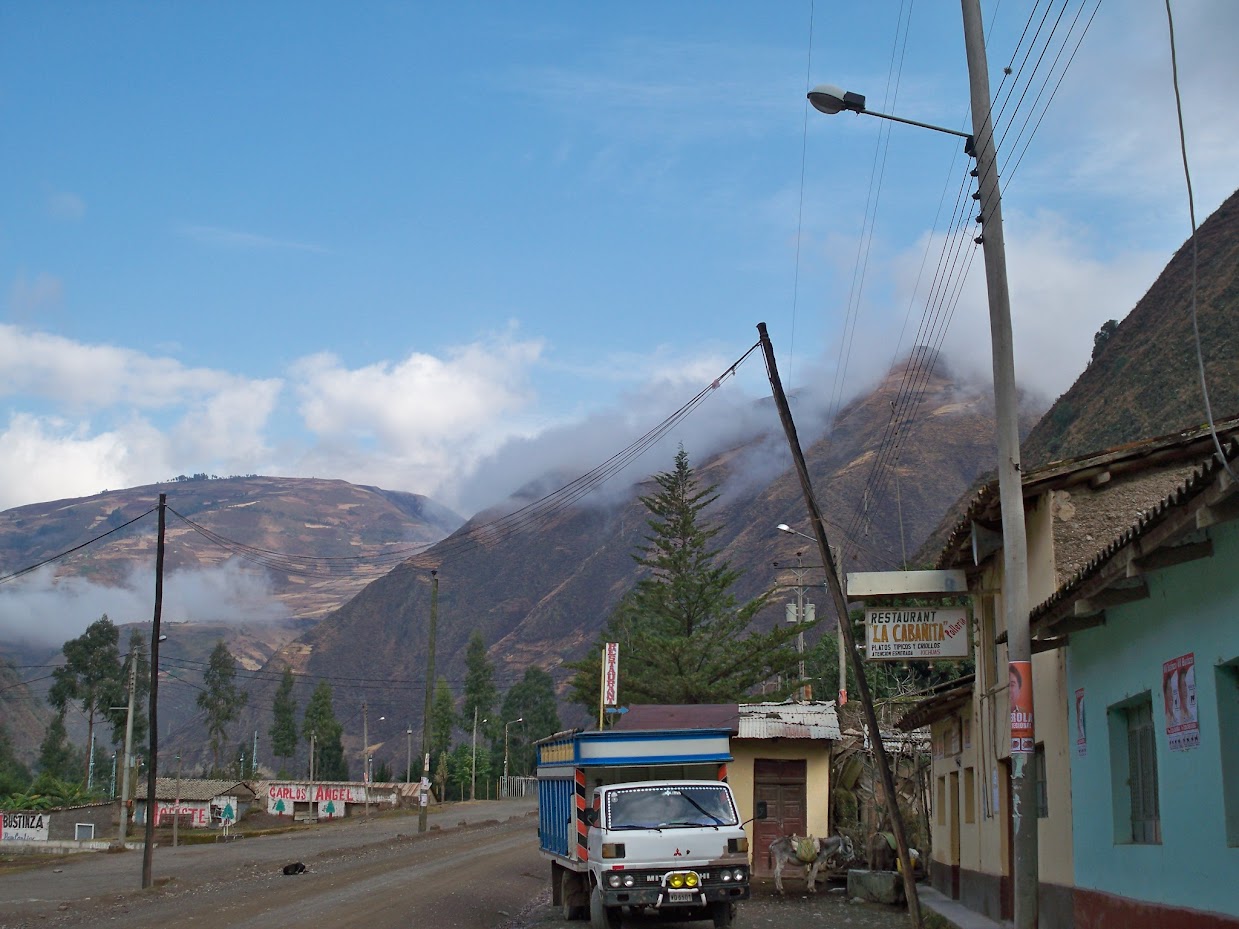 Blog post written August 31 2010 as part of my bike tour from Alaska to Argentina.

Although I had started this bike tour by myself, occasionally I would cycle with other people along the way if we happened to be going in the same direction.

This was the case with Agusti, whom I had met the previous day. Today, our destination was the Peruvian town of Mayocc. 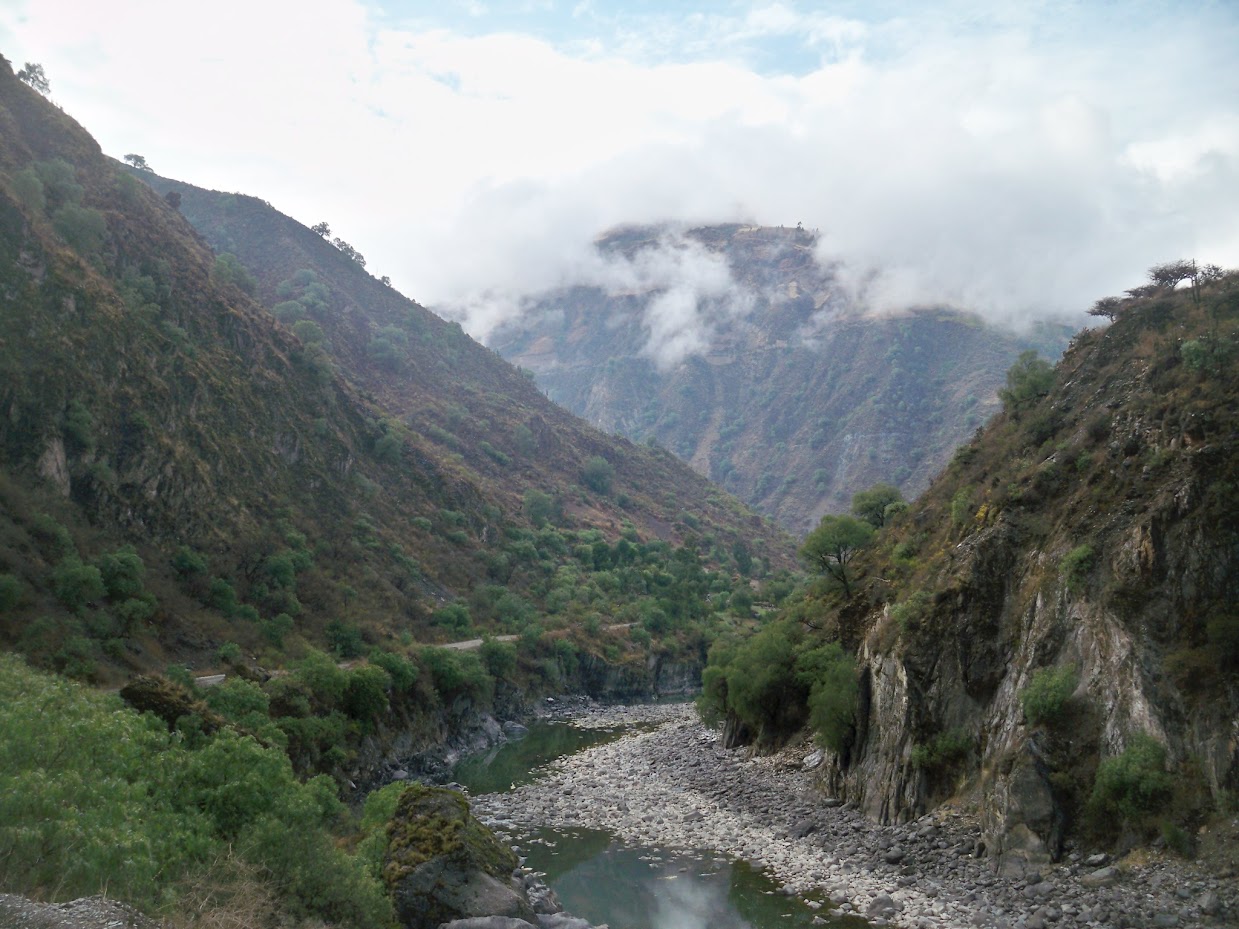 It had rained overnight, and whilst there were some muddy puddles first thing in the morning, for the most part, it had done us a favour, leaving the hard, unsealed road almost spongy. 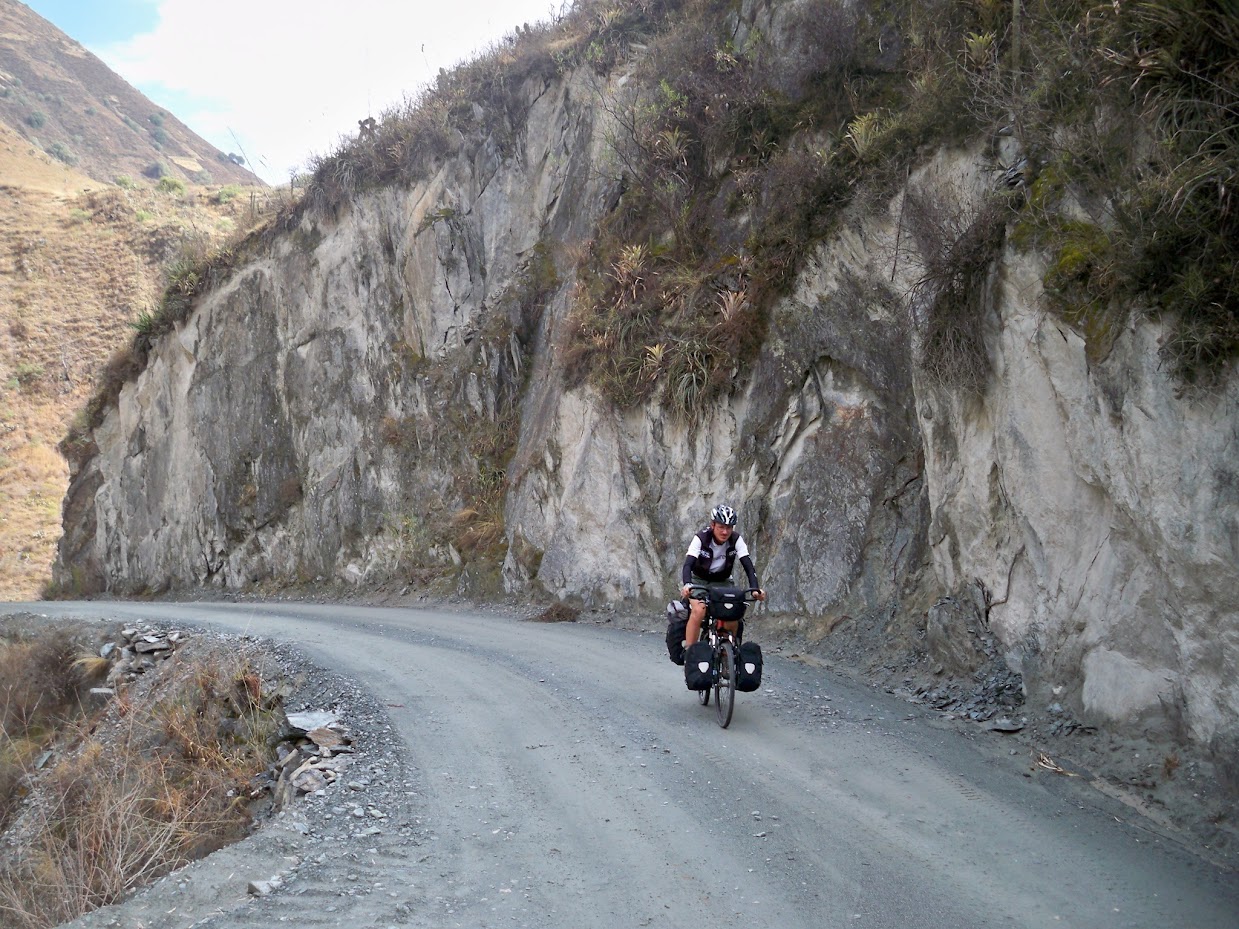 It wasn’t all smooth riding, however. Shortly after this picture was taken, Agusti got a puncture, which then turned into a slightly bigger problem.

Apparently, he never had any problems with his bicycle before meeting me. Sorry mate! I cycled on, and he caught me back up at lunch time in La Esmerelda. 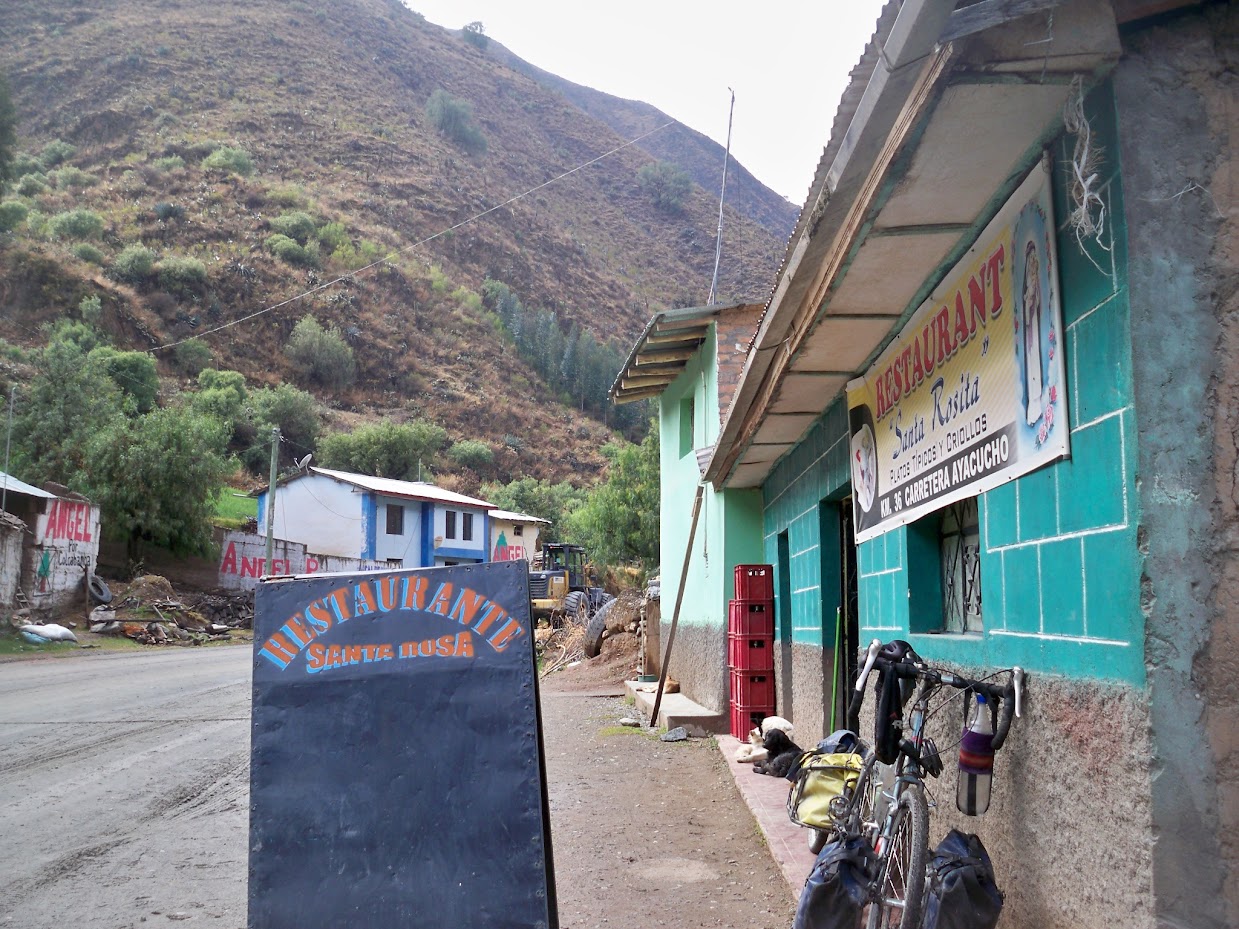 Cycling in Peru is fantastic! 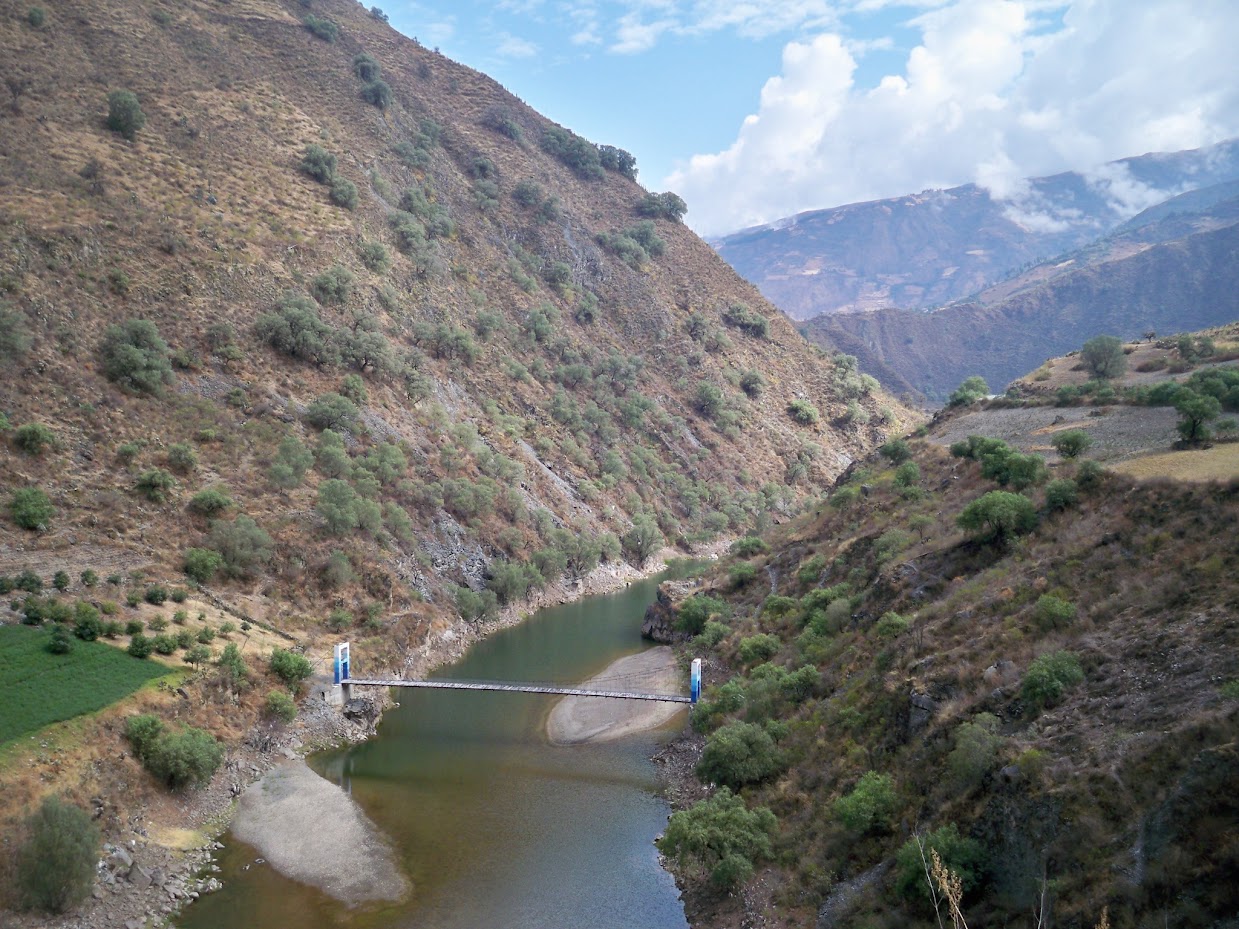 The dirt road followed a river as it flowed through a valley. The views were spectacular. 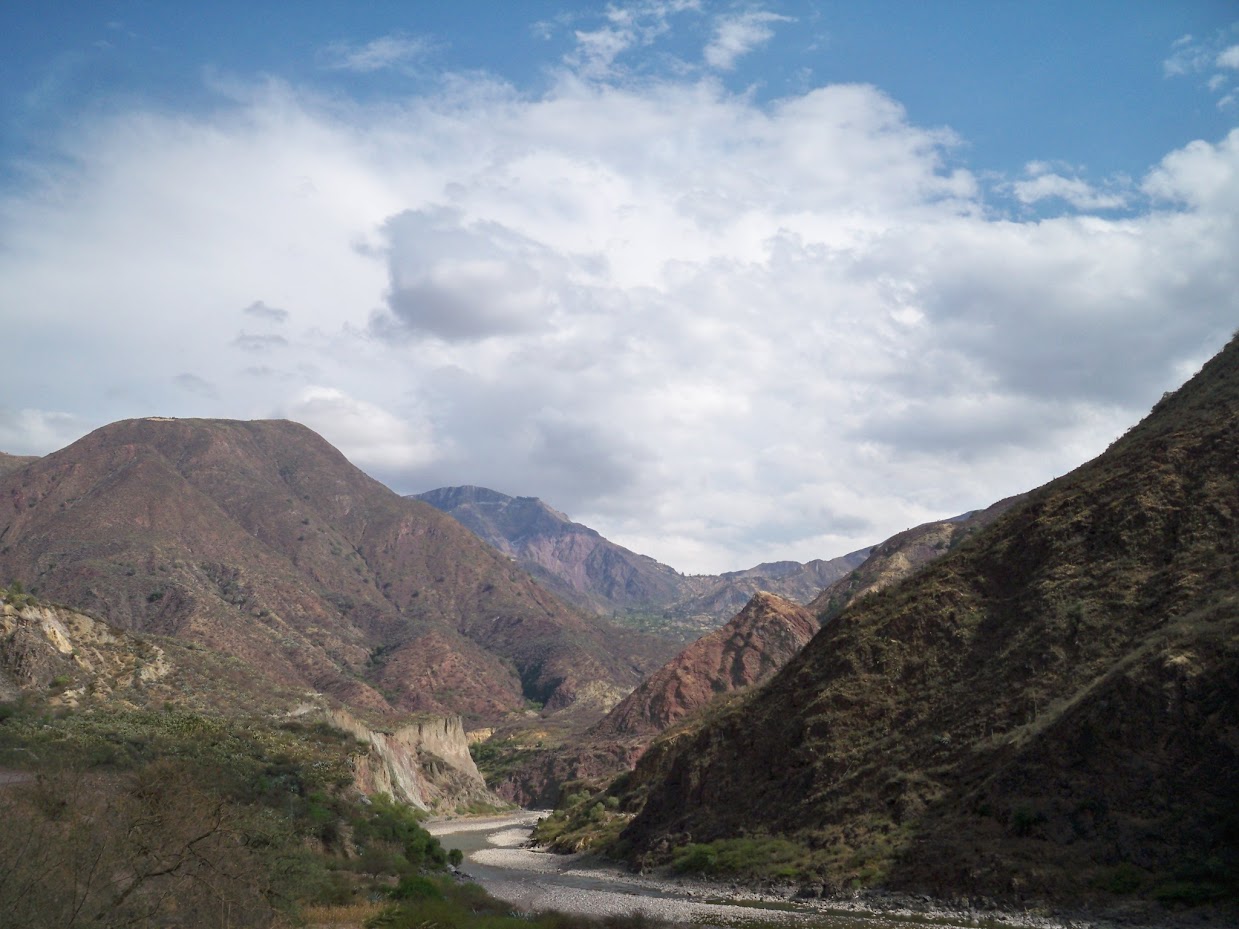 Everything in Peru just seems to be on a bigger scale than anywhere else. Huge mountains, huge views…. The only thing there is less of, is traffic. Wonderful! 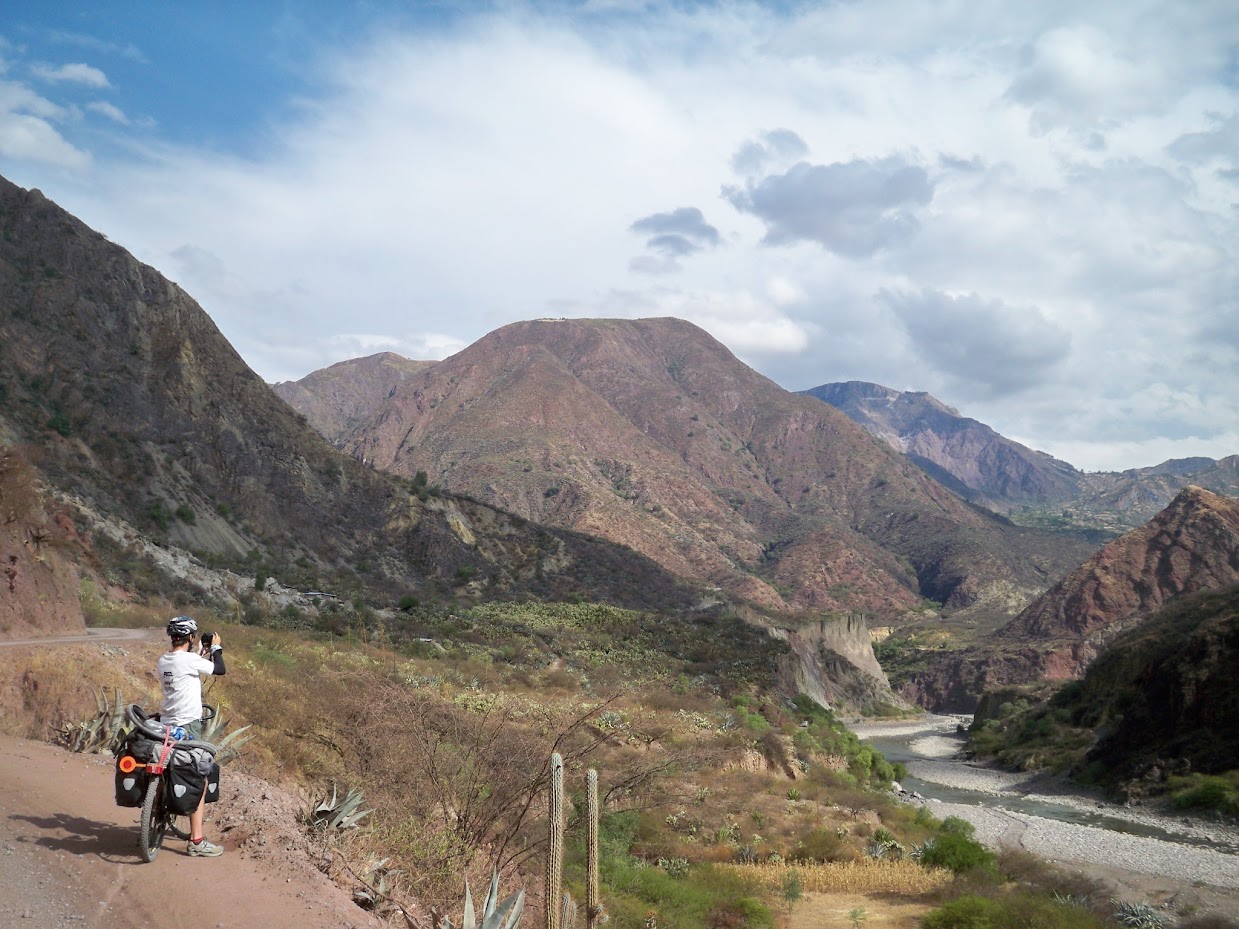 It seems that every time you turn a corner here, the next view is more incredible than the last. 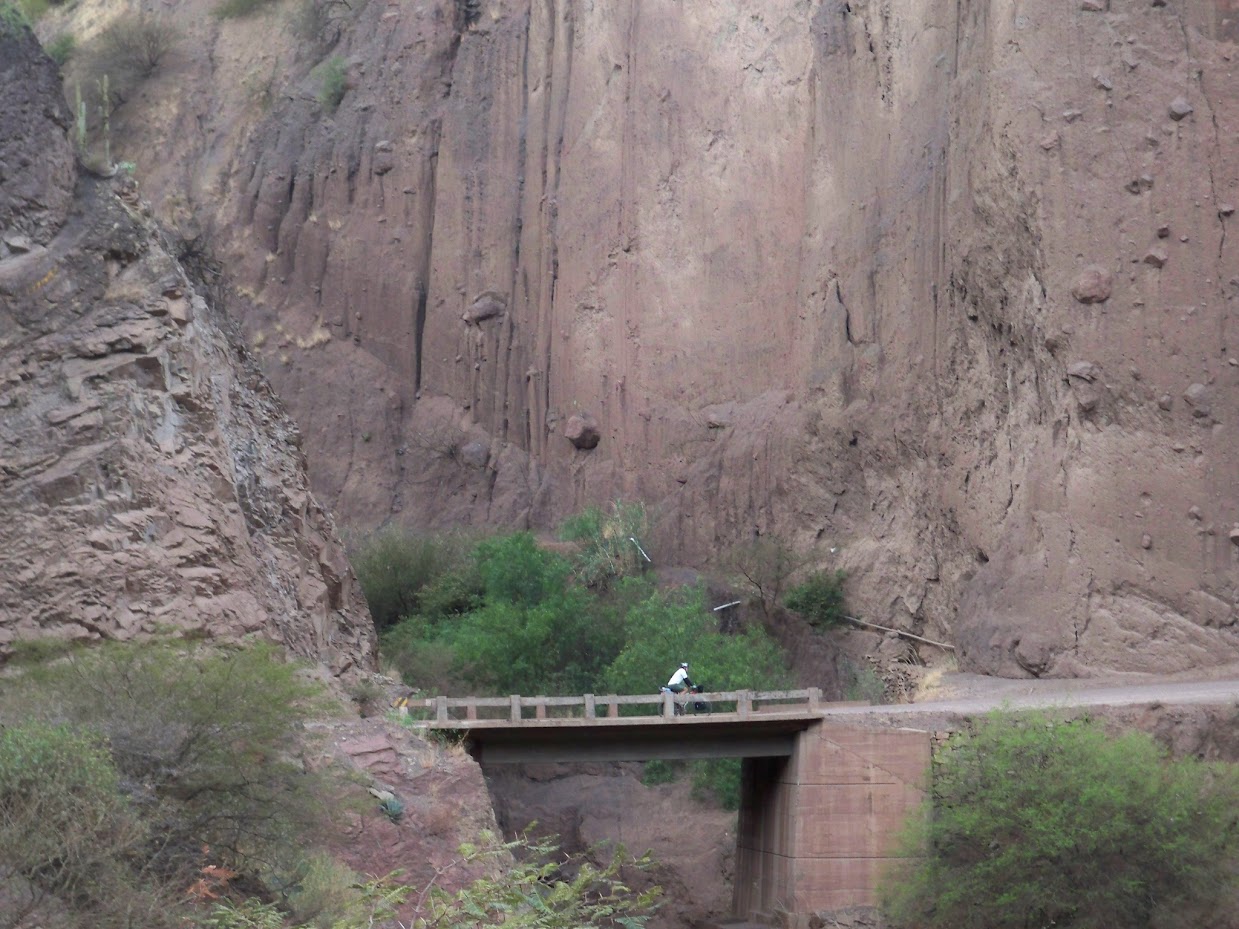 Amazing to think that a week ago, I was cycling past snow capped mountains, and today I was cycling through an almost sub-tropical valley, with flocks of parakeets flying overhead.

There were, however, a ridiculous number of quite vicious mosquitoes. I got eaten alive! 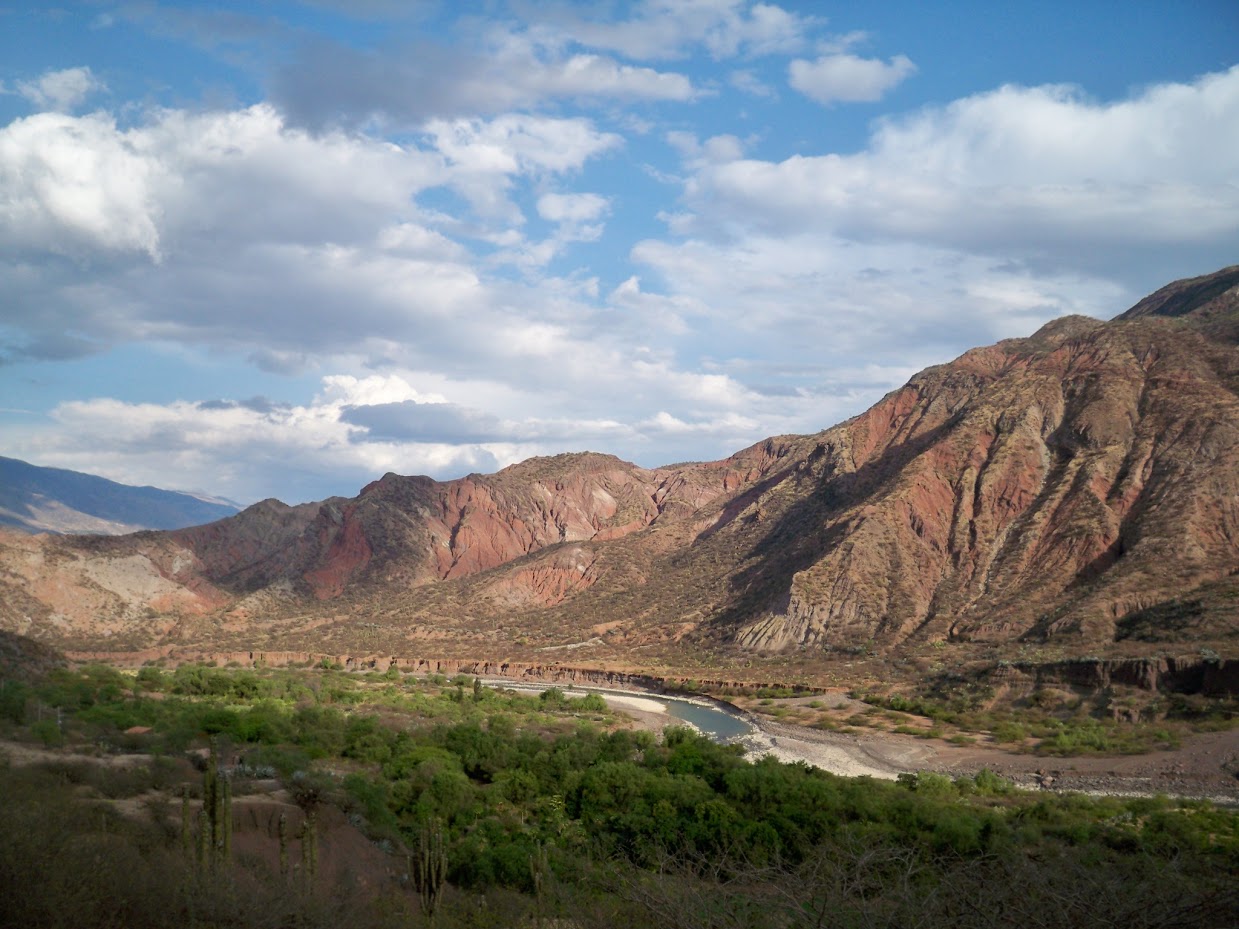 The final view before we cycled into Mayocc. There was a Hospedeje in Mayocc, which again had a great deal of confusion attached, so that it was an hour before we could get into the place. 8 soles each, not bad!

So, another great day of cycling over the dirt roads with amazing scenery. I have to say, that in terms of views, Peru is up there in my top three countries I have cycled through!