During my bike tour from Alaska to Argentina, I wrote a blog post a day. This entry is from the day spent cycling from Mayocc to Ayacucho in Peru.

Note: Although I cycled most of the route from Alaska to Argentina solo, I did occasionally team up with other cyclists if we both happened to be going in the same direction. This happened in Peru, where a few days earlier, Agusti (a cyclist from Barcelona) and myself teamed up.

It had rained extremely heavily overnight, and when we left in the morning, the dirt road was thick with mud and puddles. 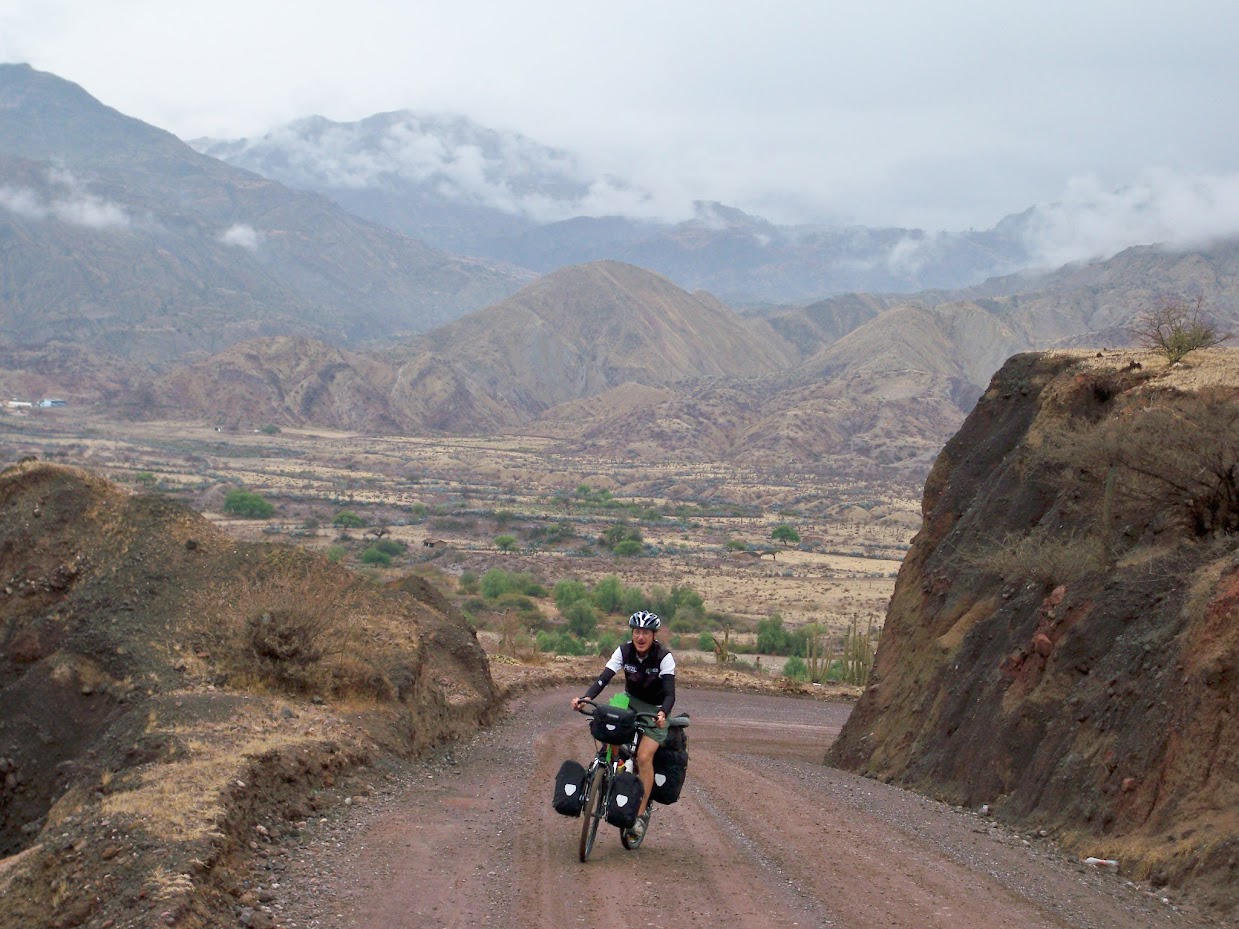 Keeping a straight line was difficult, especially going up the steep climb right at the beginning of the day. 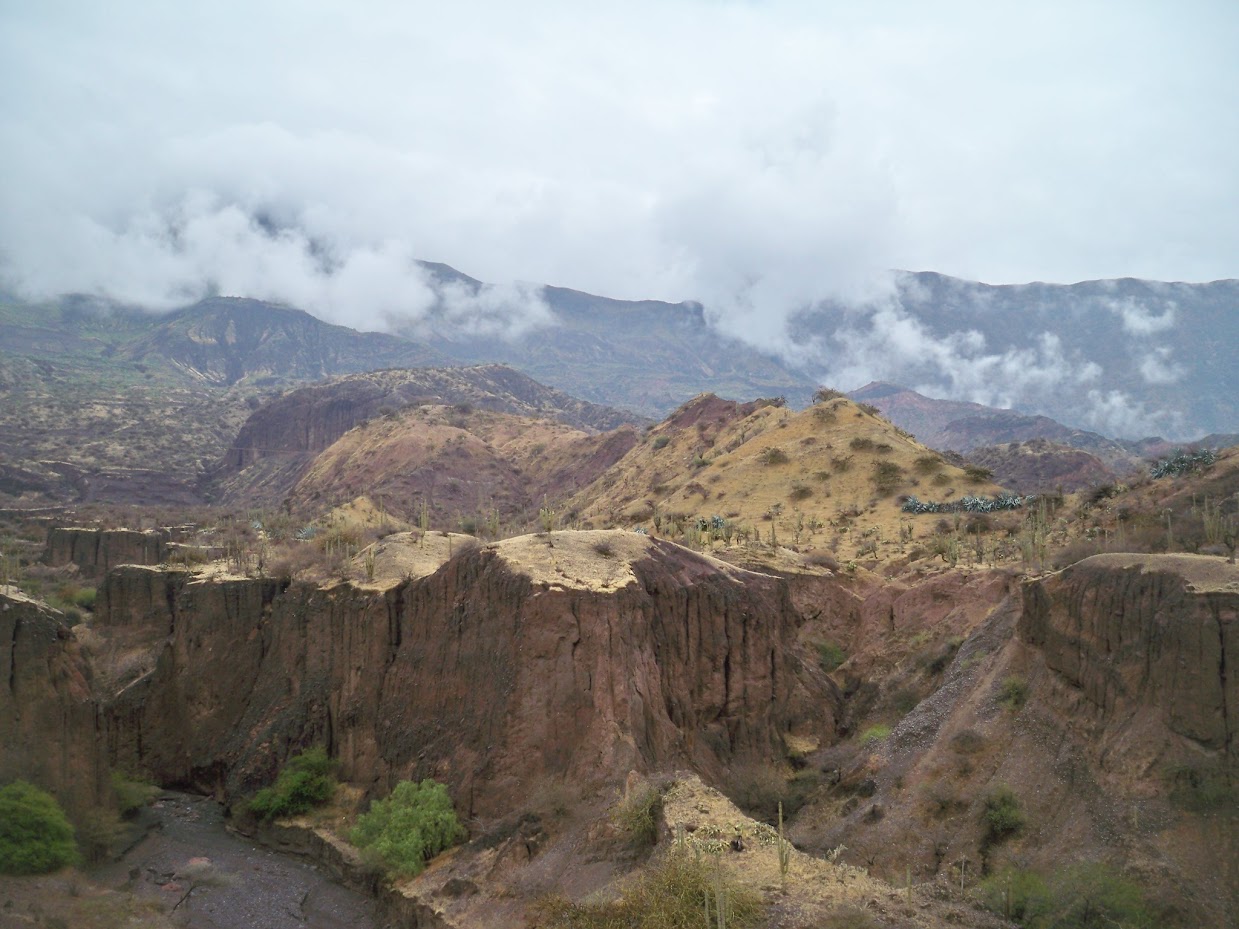 The views were amazing, as I have learned to expect from cycling through Peru!

The day was an overcast one, with on-off drizzle throughout. The initial 40 km, saw us cycle from Mayocc and to the town of Huanta over roads which were quite bogged down with mud.

The conditions exposed one of the most negative aspects of cycling with the Bob Yak trailer, namely that cycling through the mud with it, is like ploughing a field. 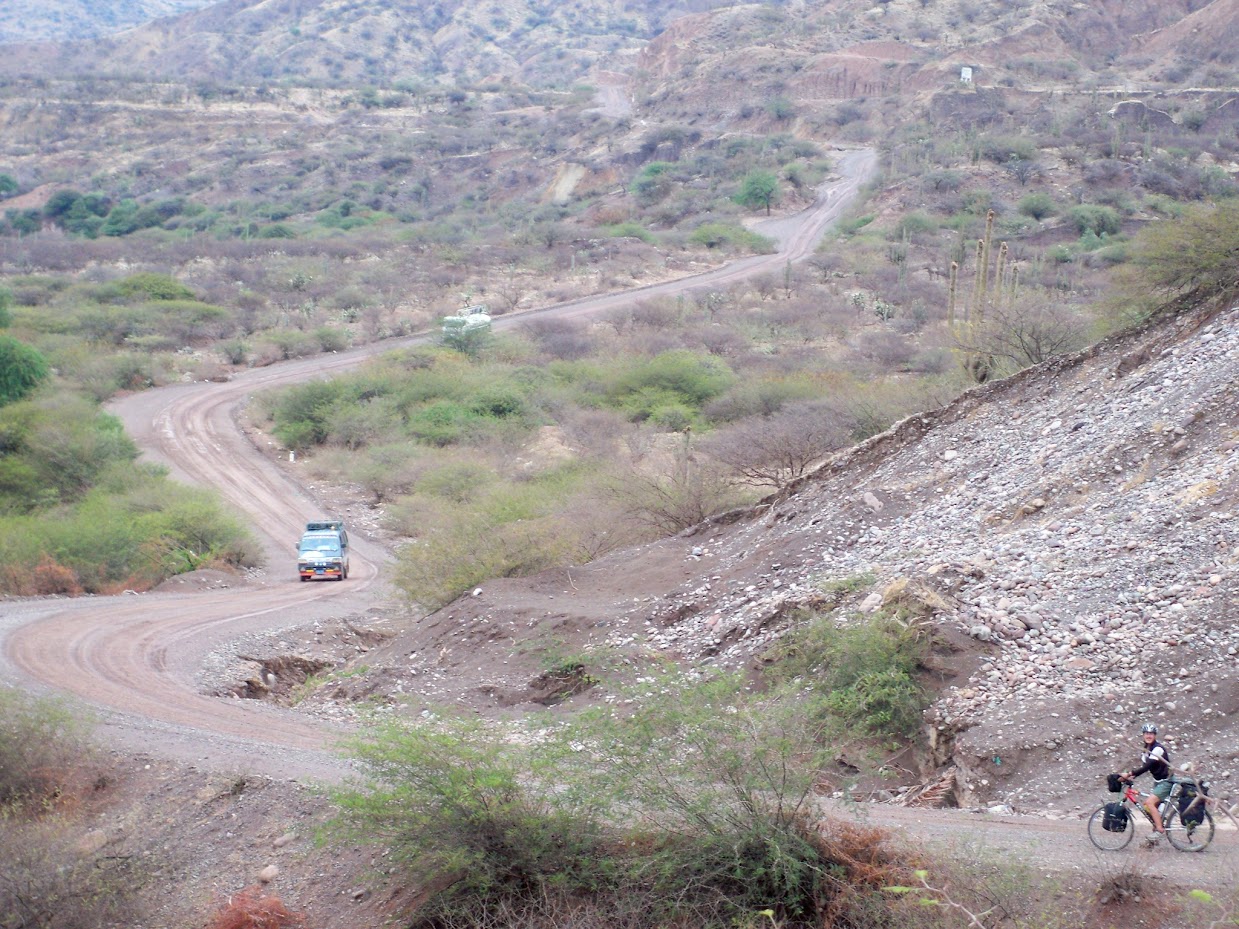 When you add in a series of hill climbs to the equation, it equaled quite a strenuous morning.

After 3 hours, we arrived at Huanta, where a lunch was in order. The weather deteriorated somewhat as we ate, and although it wasn’t heavy rain, it was certainly more than drizzling when we left. The road was sealed though, which made life a lot easier. 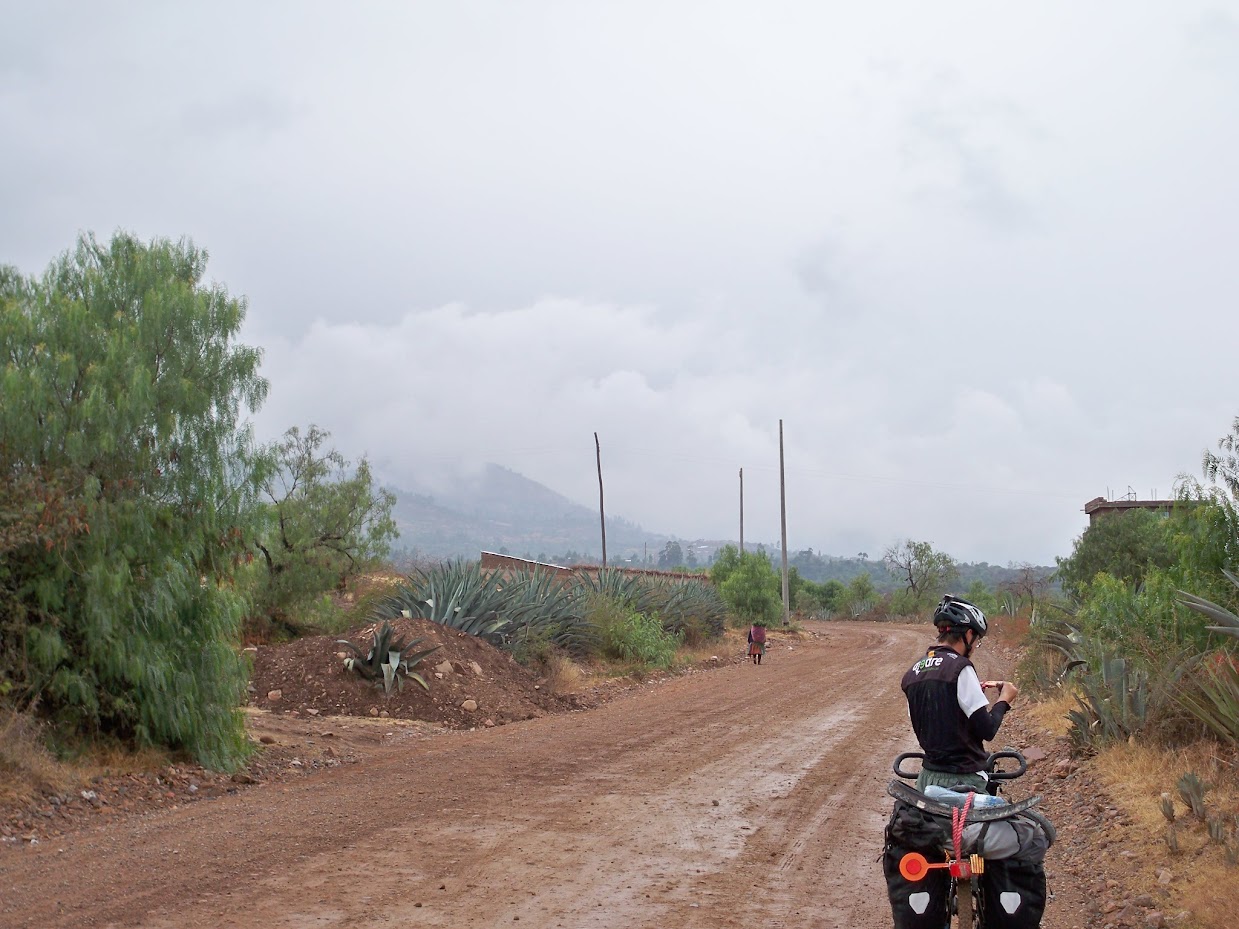 I seemed to get stronger as the day went on, and the hill section between Huanta and Ayacucho went easily for me.

Cycling into the centre, we stopped a couple of blocks short of the Plaza de Armas, and ended up in a great little hotel called Hotel Azul, which provided big rooms to the both of us at 20 soles a night each. The hot water was amazing!