Cycling in North America provides an opportunity to see varied landscapes ranging from wilderness to coastal roads. Here's some tips for bike touring through North America. 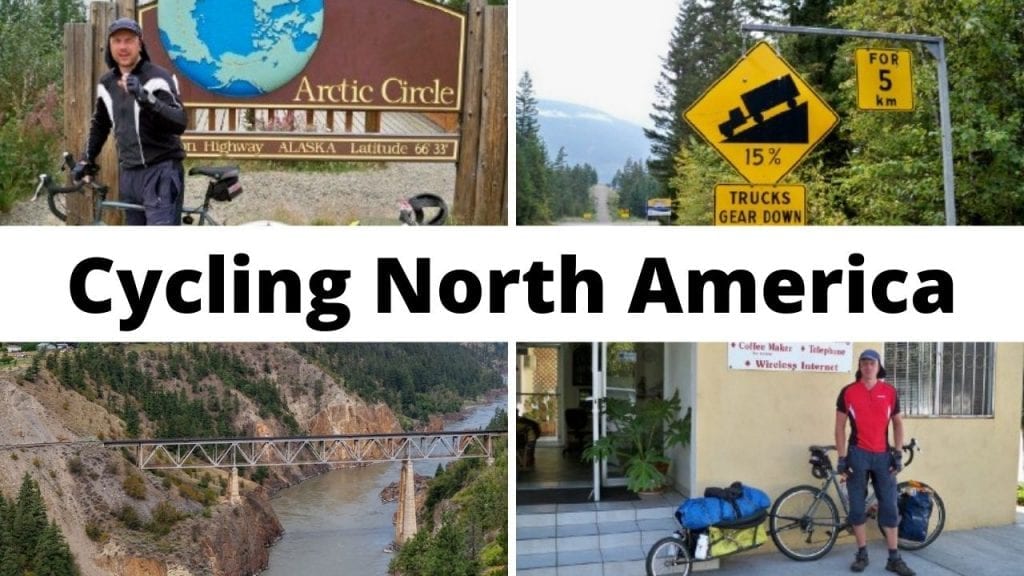 North America is a beautiful place to go bike touring, and has many different terrains.

Along the eastern coast, there are sandy beaches and rocky coasts. To the west, there are mountains that reach over 20,000 feet high in places like California's Sierra Nevada Mountains. There's glaciers, wide open spaces, and miles of road to cycle.

Countless cyclists set off every year in all directions on bicycle tours of varying lengths. The epic journeys are the east to west or north to south rides, but there are an infinity of cycling routes in North America you can take.

Before we get too far though…

What is North America?

You know, that is a very good question! There's a lot of different interpretations as to which countries should be included under the heading.

Some definitions of which countries are in North America say it's just Canada and the USA. Other definitions might include Mexico as well as the countries which I define as Central America (Belize, Costa Rica, El Salvador, Guatemala, Honduras, Nicaragua, Panama).

For the purposes of this post on bicycling in North America, I'll be referring to Canada, the USA and Mexico as being North American. 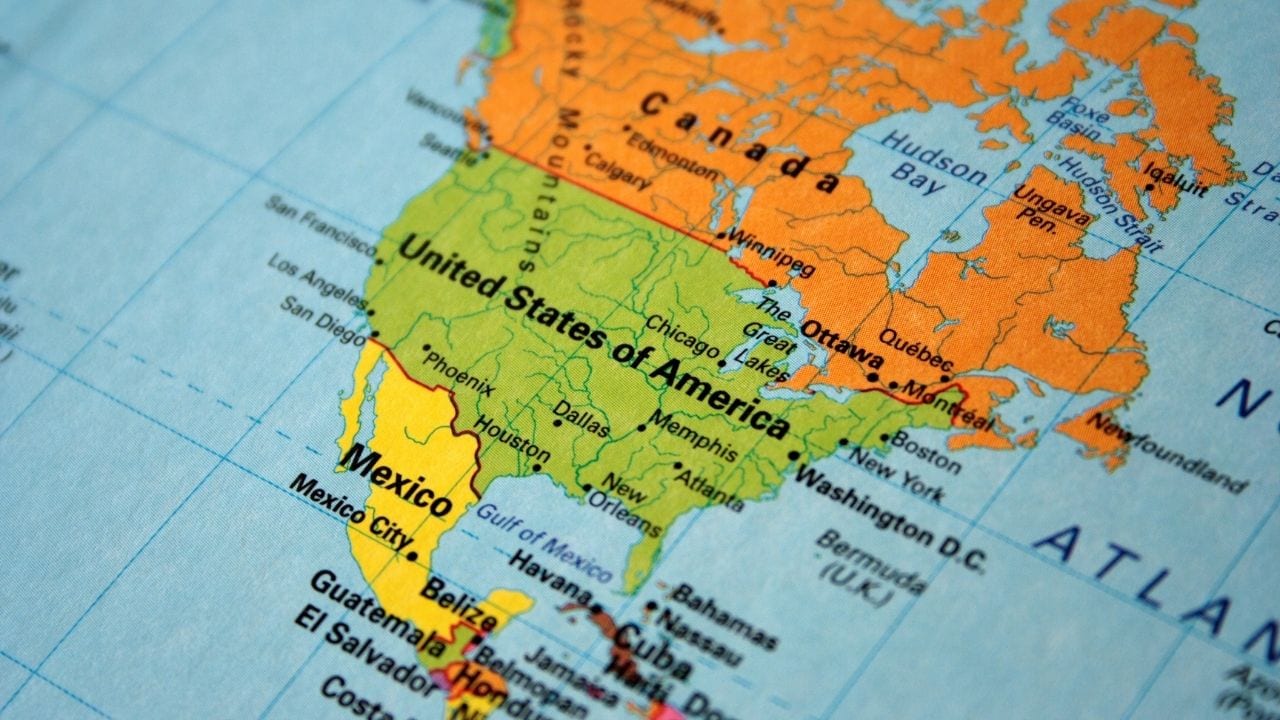 There's many different ways of cycling through the North American continent. The route that I took, was a north to south one.

Once I had followed the Haul Road, and cycled through Canada into the USA, my route then followed the Pacific Coast Highway.

Leaving the USA, I started cycling in Mexico in Baja California before taking a ferry over to the mainland and then continued following the west coast of Mexico before crossing into Central America in Chiapas.

Let's face it, North America can be an expensive place to travel around. Fortunately, cycling is an excellent way to travel economically.

You'll definitely want to travel with camping gear in your panniers, as well as a cooking stove to make your own meals. There's a lot of free camping possibilities, and also relatively affordable state campgrounds in both Canada and the USA.

Sign up for Warmshowers or another hospitality site like Couchsurfing, and you may even get to stay with a local for free (give them a bottle of wine or something though!).

In the north, bears can be an issue especially in Alaska and Canada. Do a bit of reading beforehand to acquaint yourself with different scenarios and how you can prepare for them.

Traffic wise, bike touring in North America is not too bad, but there isn't a lot of dedicated infrastructure for cyclists outside of the cities.

Interested in finding out more about bicycle touring in North America? Check out my guide here: Cycling from Alaska to Argentina

FAQ About Bikepacking Across North America

Here are some questions cyclists planning to tour in North America may have:

How long does it take to cycle across America?

Christoph Strasser (Austria) covered the distance of 7 days 15 hours 56 minutes traveling from Oceanside, California, to Annapolis, Maryland, between 10 and 18 June 2014 as the fastest solo crossing of the USA established during Race Across America (RAAM).

Is it possible to bike across the US?

Yes it is possible to cycle across the United States in all directions. West to East is a popular direction to take due to the prevailing winds.

How much does it cost to cycle across America?

$30 dollars a day would be a good budget to aim for, as this would allow for the occasional night in AirBnbs and a few repairs if needed.

How long does it take to bicycle across Canada?

It really depends on the start and end points. Most people bike touring would be wise to allow for at least two months.

More guides about bikepacking and touring 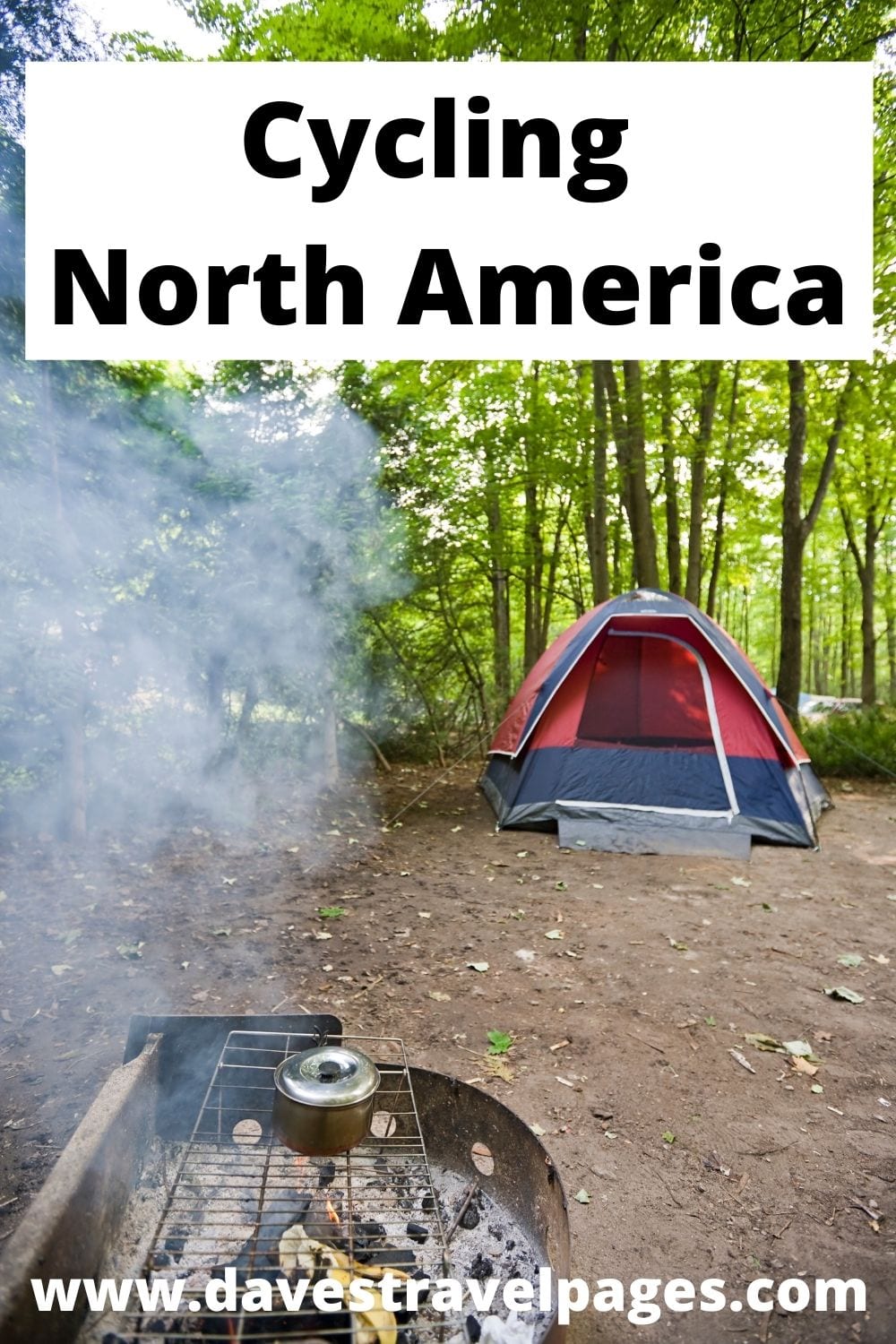 – Dave Briggs
Dave has cycled around much of the world, including from Greece to England, and England to South Africa. In addition to this blog post on cycling North America, he's written many other guides to bike touring.