Continuing my cycling adventure in Alaska, today's ride saw me cycling from Five Mile to somewhere on the Elliot Highway.

I sorted the setup up of my bike and trailer out during the night, the upshot of which, is that I can now peddle Bob up steep hills!! Yay me! 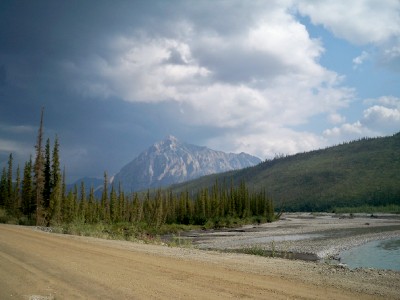 Problems with my knee when cycling

Certain sections of the Dalton Highway after Yukon River were in far worse condition than that I'd just cycled over, and this constant jarring in combination with cycling up the steepest hills soon gave me a new and exciting problem – A bad left knee.

Now, the one thing you don't want to let you down when you are cycling are your knees, because then you are in proper trouble. As indeed I was.

In addition to this, I also made a tactical mistake by choosing not to stop at Hess Creek, and instead carrying on for another 4 hours until I reached the end of the Dalton Highway. So yay me for finishing the Dalton, and ouchy, knee. 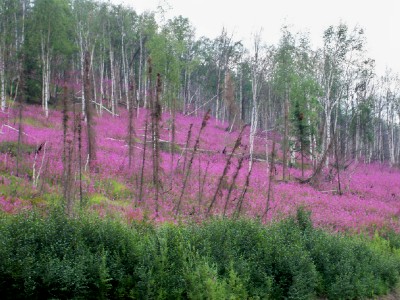 I carried on down the Elliot Highway until I found somewhere suitable to stop, and after 12 hours cycling, I set up the tent for a spot of wild camping.

I was worryingly low on water and not near a river, so I had to ration what food I had. Dinner consisted of four tablets of Ibubrufen. I guess the cost of cycling today was pretty low as a result!

Use the links below for more daily blog posts from this cycle tour:

– Dave Briggs
Dave wrote this travel guide about cycling along the Elliott Highway in Alaska when bike touring from Alaska to Argentina.