The Kerameikos archaeological site in Athens sits somewhere between the Ancient Agora and Technopolis. Kerameikos itself is part ancient cemetery, part defensive walls which is now an archaeological site with museum. Featuring artefacts from the surrounding Kerameikos Necropolis, the museum helps to explain the funerary rites, rituals, and practices of Ancient Greece. 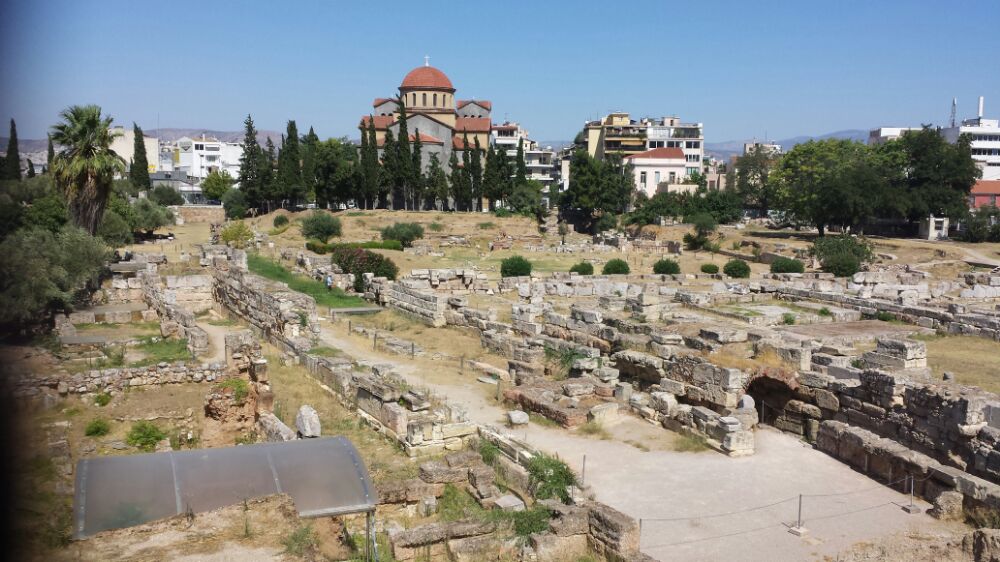 Getting To The Archaeological Museum of Kerameikos

The Archaeological Museum of Kerameikos in Athens, is located in the Kerameikos cemetery at 148 Ermou Street.

Some online sources led me to believe that the museum was actually some distance away from the archaeological site of the Kerameikos cemetery, but this is NOT the case.

The museum is to be found within the Kerameikos archaeological site itself. You might also assume that the nearest metro station would be Kerameikos. Nice try! The nearest one is Thissio.

Kerameikos was a district in the north-west of ancient Athens. Part of this was within the ancient walls, and contained buildings for local artisans.

The other part was the Necropolis, or cemetery, and this lay on the other side of the walls. In fact, visiting here gave me a much better idea of the extent of the old city walls, and the general layout of ancient Athens.

By the way, if you are walking around the site and hear the sound of running water, that will be The River Eridanos. It's more of a stream nowadays! 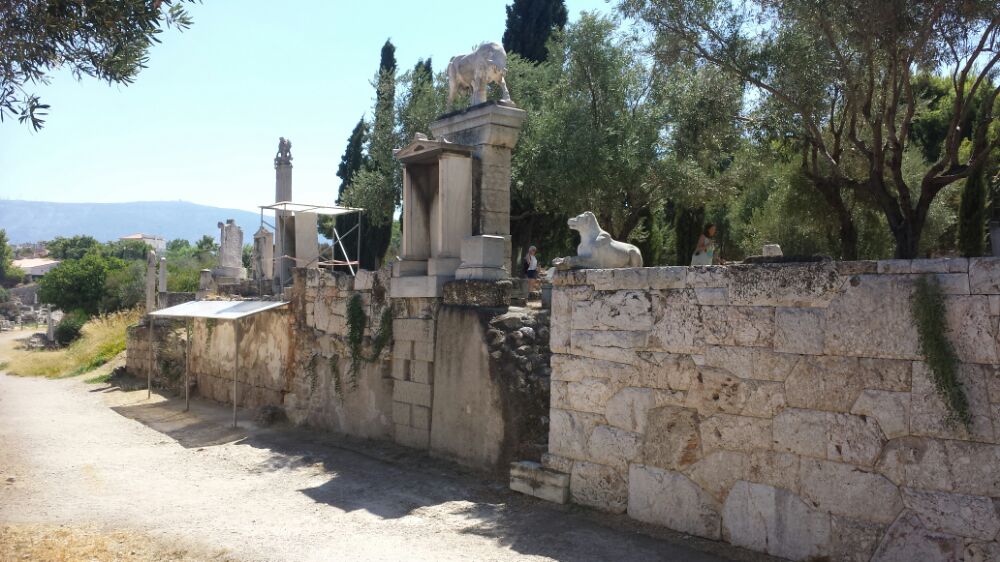 The area outside the old city walls has burials dating back to the bronze age. Given everything Athens has endured during the centuries, it is amazing that anything survived from this period at all!

The Necropolis is dotted with statues, tombs, and marble blocks with inscriptions that have stood the test of time.  It is a very interesting place to walk around, and it starts to build up a mental picture of how Athens looked over 2000 years ago. 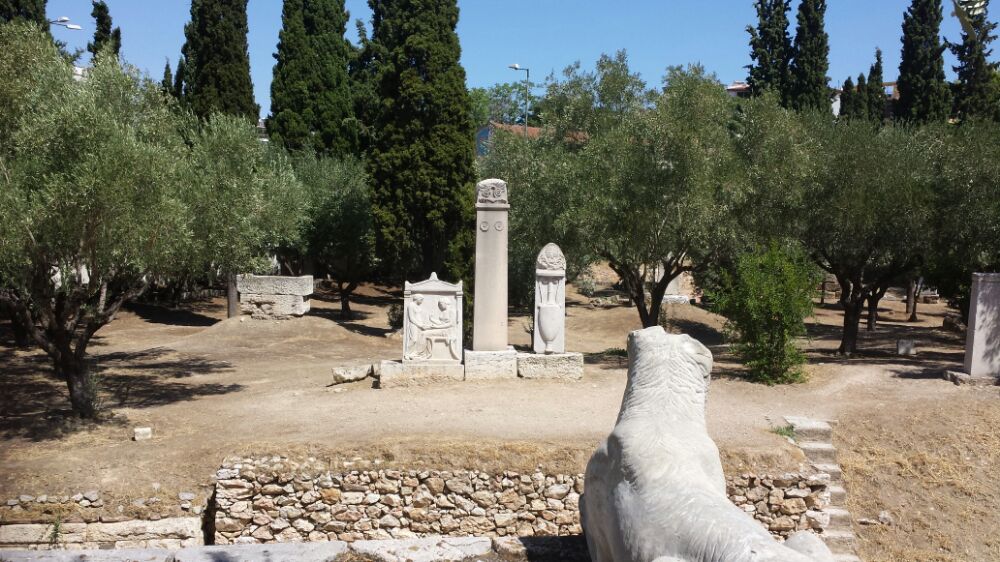 It is also a site where things are still discovered. A day after my visit there, it was announced that another Well had been uncovered. One can only wonder what else may lay underneath the ground!

Note – Many of the sculptures such as the ones above are copies. The originals are kept in the museum itself. 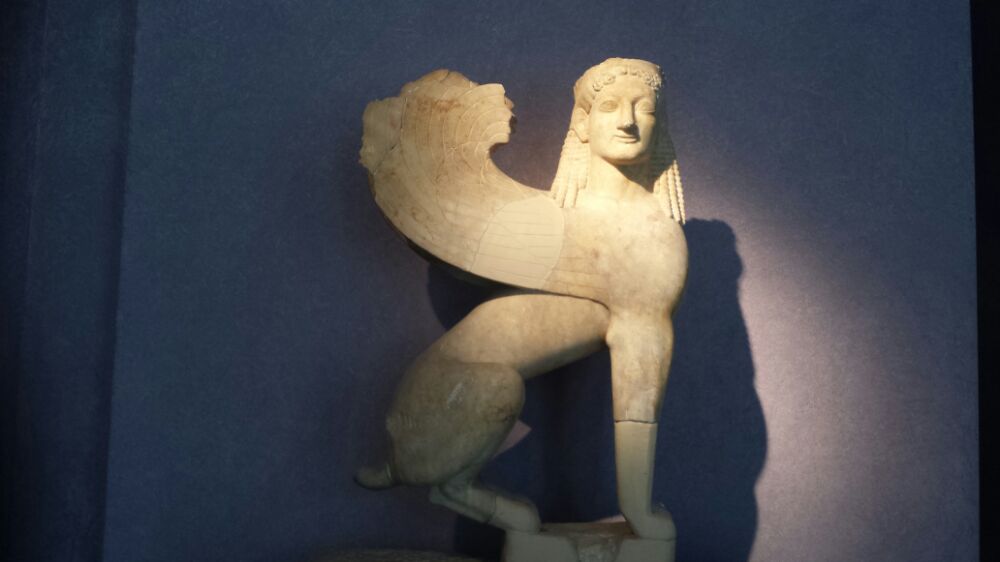 Inside the Museum of Kerameikos

Onto the Archaeological Museum of Kerameikos itself! This is a relatively small and compact museum, with four rooms centred around an open air quadrangle in the middle.

Three of these rooms contain sculptures and other artifacts from the necropolis. The other room contains additional archaeological finds from various eras. 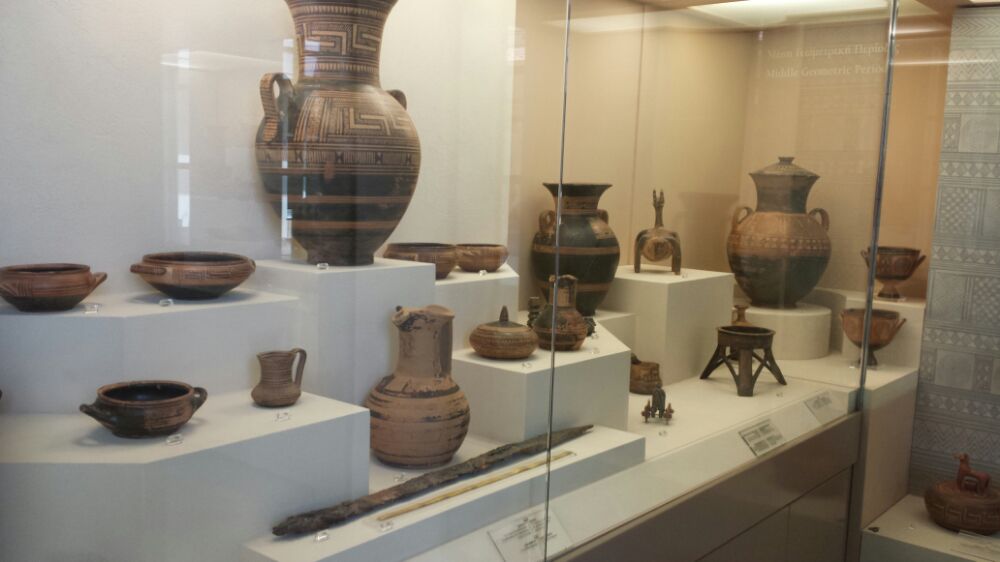 I still find it astounding how some objects such as the ones above have survived through the ages! Without them, we would be left totally in the dark as to how ancient civilisations developed and evolved. 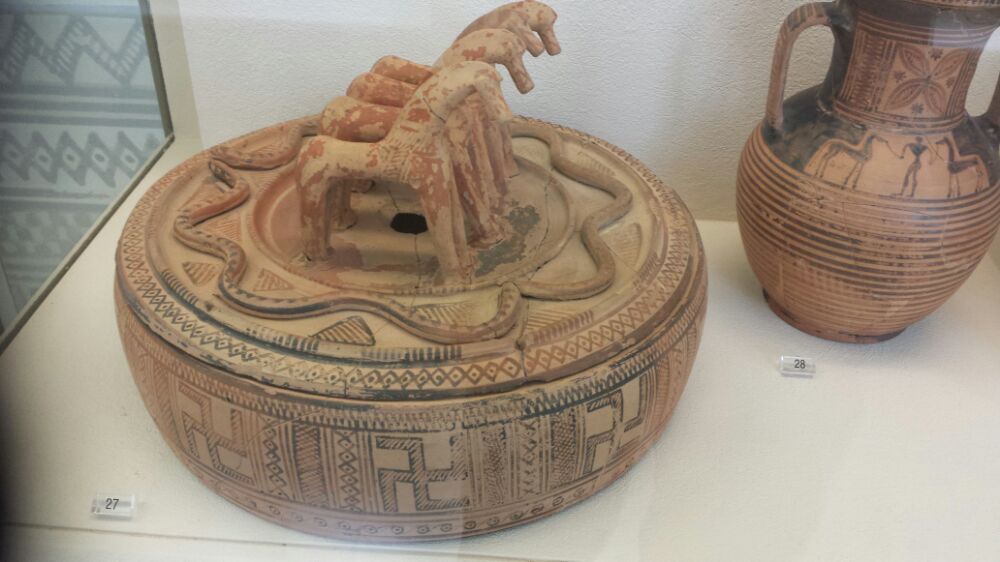 Note the ‘swastika' on the object above. I talked briefly about this ancient symbol in a previous article about the Numismatic Museum of Athens. It has been used in numerous cultures through the centuries, and is still in use in Hindu and Buddhist societies today. 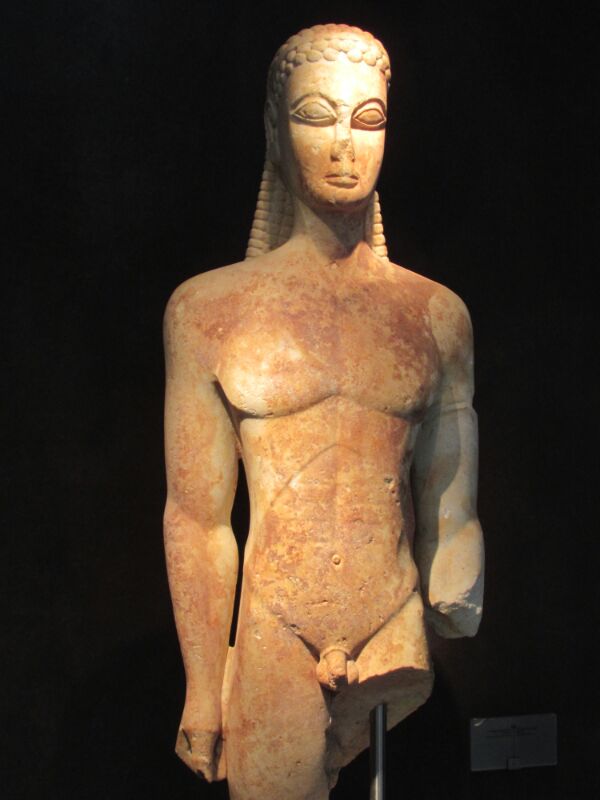 This was one of the more impressive looking statues in the museum. It looked almost Egyptian in style.

The Archaeological Museum of Kerameikos in Athens provides a fascinating insight into both life and death in ancient Athens. The exhibits are all well labelled and laid out, and you will come away with a better understanding of how the deceased were honoured in a previous age.

It also displays just how skilled the stone-workers of a past civilisation were. If you are planning to visit the site and museum, I recommend allowing at least an hour. It is open between 8.00am and 8.00 pm during the summer Mon-Sun, with shorter hours during the off-season.

Readers planning to visit the site of Kerameikos in Athens often ask questions similar to:

Who is buried at Kerameikos?

When the Kerameikos Metro Station was being built, a plague pit and 1000 tombs were discovered dating from 430 BC.

Where does the name Kerameikos come from?

Kerameikos (from the Greek term for pottery) was a town of potters and vase painters, as well as the main manufacturing centre of Attic vases.

What are the Themistoclean Walls?

The Themistoclean Walls (or simply the Walls of Themistocles) were a series of fortifications erected in Athens in 480 BC by Themistocles, the Athenian general who led the Greek forces to victory against the Persians at the Battle of Salamis. The walls were principally built to protect the city from future invasions, and consisted of a mix of earthworks and stone fortifications.

Where is the ancient cemetery of Kerameikos in Athens?

The ancient cemetery of Kerameikos is located in Athens, somewhere between the Ancient Agora and Technopolis.

Having visited so many museums in Athens now, its is getting harder and harder to come up with a short-list of ‘must visit'. Obviously, I would say that you have to visit them all!

This isn't practical for most people, so I would say definitely include this one in your top 5 museums to visit in Athens list. Along with the National Archaeological Museum and the Acropolis Museum, this will help to give a good understanding of Ancient Athens.

– Dave Briggs
Dave is a travel writer based in Athens, Greece. In addition to writing this blog Kerameikos, he's written many more travel blog posts about Athens and other destinations in Greece. Follow Dave on social media for travel inspiration from Greece and beyond: