The Zeitenlik Allied War Cemetery in Thessaloniki, is a World War One memorial park. Containing the graves of 20,000 soldiers who died on the Macedonian Front, it is the largest war cemetery in Greece. If you are planning a trip Thessaloniki, or even if you live there, you should definitely make time to visit this incredibly moving place. 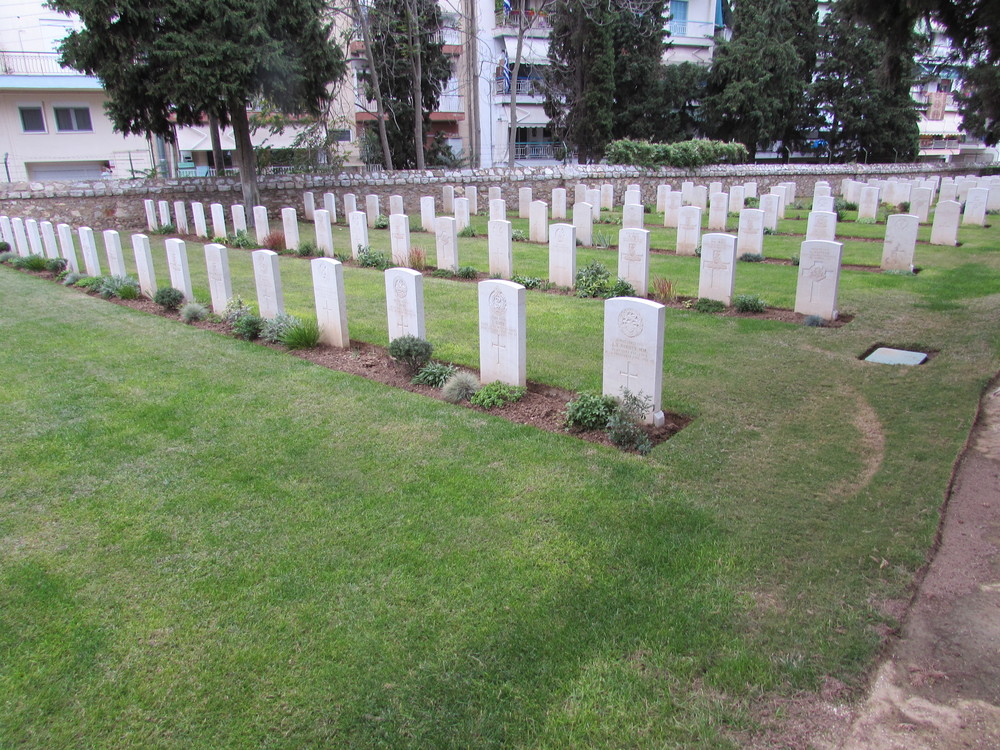 I visited the Zeitenlik Allied War Cemetery in Thessaloniki in October 2015.

There seems something apt though, in writing about it on the 97th anniversary of the armistice of the Great War. The 11th of the 11th is a day that we should all remember.

Not because it glorifies war… there is no glory in war. But because we should learn from the mistakes of our past. And a war that devastates a continent is a mistake, no matter who started it and why. 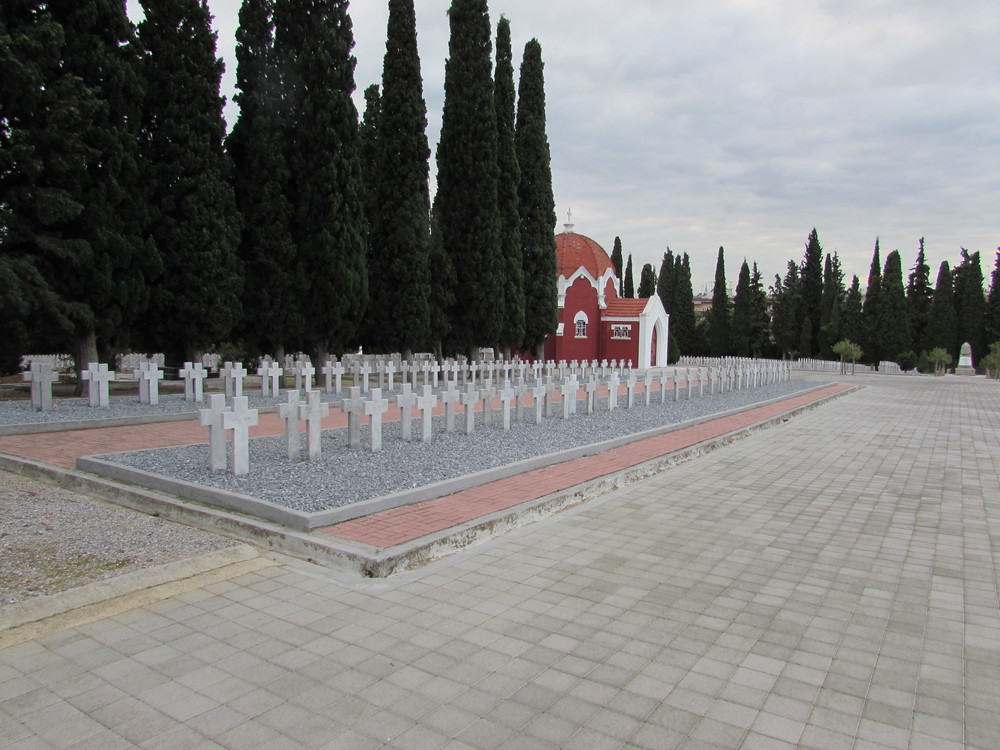 , they think about the Western Front. As the name of the war might suggest though, there were different fronts throughout the world.

In the south of Europe, the Macedonian Front (also known as the Salonika Front) saw the Allied Forces on one side, and the Central Forces on the other.

The allied side of the line covered roughly south of where we see the borders of modern Greece today, along with half of Albania. To the north of the dotted Macedonian Front Line were the Central Powers. 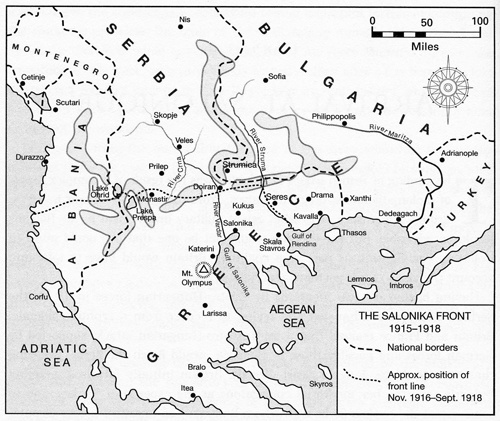 You may notice that Serbia is to the north of the front line. With their country overrun by the Central Forces, the remains of the Serbian army eventually made it south to Greece.

They formed a core component of the allied forces on the Macedonian Front, with the aim of liberating their homeland. In fact, over 7000 Serbian troops are buried in the Zeitenlik Allied War Cemetery in Thessaloniki.

Interestingly, Greek armed forces did not play a major part in World War 1. This was because during this period in Greek history, something known as the National Schism was occurring.

It was only in 1917 that Greece officially joined the war. Before that, Allied troops had been ‘invited' by Venizelos, who had at the time set up a provisional state in Northern Greece.

This was a time of political and social unrest in Greece. The decision to invite the allies perhaps helped keep Greece largely unaffected by the ravages of the First World War though. Although there were of course battles all along the Macedonian Front, it was one of the more stable fronts of the war. It was only in 1918 that the Front moved north, when the great Allied offensive liberated Serbia, and defeated Bulgaria.

The Zeitenlik Allied War Cemetery in Thessaloniki contains the graves of Serbian, French, British, Italian and Russian soldiers who died on the Macedonian Front.

The Zeitenlik Allied War Cemetery in Thessaloniki does not contain any Greek graves. Whilst it represents all the allies, for Serbs, the cemetery is particularly important.

Many Serbians visit here in search of their relatives, and to honour their contribution in the liberation of their country.  For me, however, the British area was most significant. 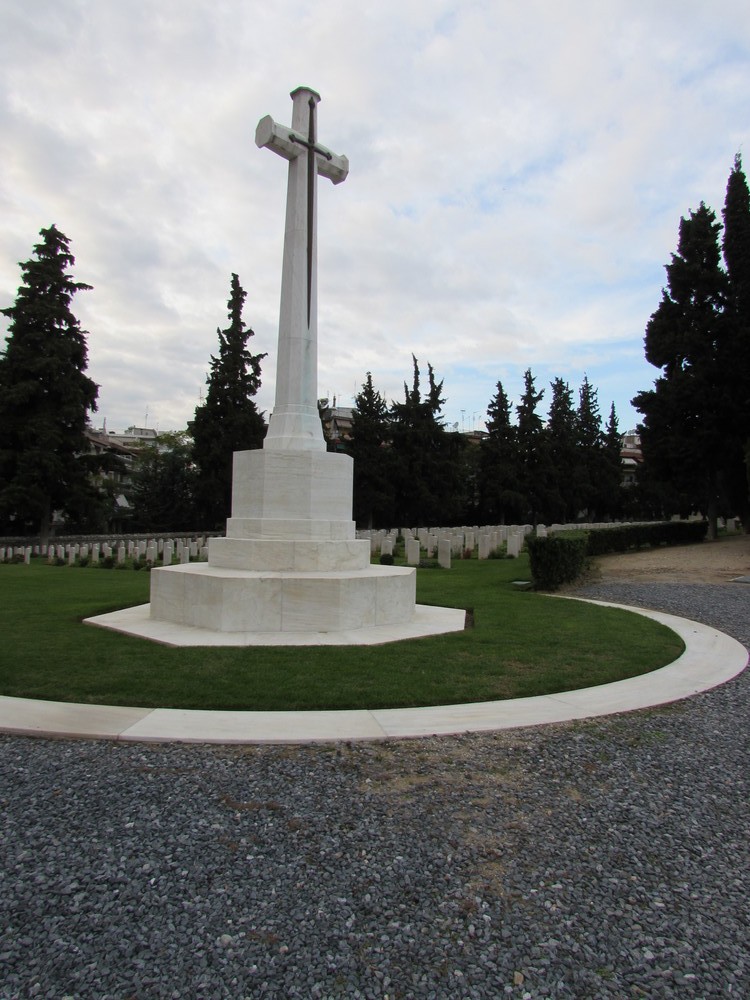 The British area looks noticeably different from the rest, with its immaculately cut grass, and neatly trimmed verges. There is a uniformity to it all, but also a strange sadness.

Whenever I look at these endless rows of gravestones, it makes me realise how crazy it all was. The thought of hundreds, thousands, tens of thousands, hundreds of thousands, millions, dying in a global conflict is beyond comprehension. For this reason, I think it is important for everyone to visit a war cemetery at least once. They present an opportunity for reflection and contemplation.

The Zeitenlik Allied War Cemetery in Thessaloniki certainly does that, and so I urge you to visit if you are ever in the north of Greece. And that, I think, is where I will leave this blog post. If you would like to visit The Zeitenlik Allied War Cemetery in Thessaloniki, it can be found at 192 Langada Street, and the gates are always open. There is a small museum at the entrance in both Greek and French.

Here are some interesting facts and answers to questions people sometimes like to know before visiting Zeitenlik Thessaloniki:

Where is the Zeitenlik Cemetery in Thessaloniki?

The military cemetery is located where the Main Hospital of the Serbian Army was positioned during the war. The address is Zeitenlik, Lagkada, Ampelokipi 561 23.

Who fought on the Balkan front WW1?

The Balkan theater of World War I was a conflict between the Central Powers, which included Austria-Hungary, Bulgaria, Germany, and the Ottoman Empire, and the Allies, represented by France, Montenegro, Russia, Serbia and the United Kingdom.

When did Greece join WW1?

Greece enters World War I on July 2, 1917, several weeks after King Constantine I abdicates his throne in Athens under Allied pressure. Greece declares war on the Central Powers after having spent 3 years as neutral.

How many days to visit Thessaloniki?

You should spend at least two days in Thessaloniki which will give you plenty of time to discover Greece's second-largest city. If time is pressing, a single day is all that is required to see Thessaloniki's major attractions.

– Dave Briggs
Dave is a travel writer who's been living in Greece since 2015. As well as creating this guide to the Zeitenlik Allied Military Cemetery in Thessaloniki, he's written many other travel blogs and itineraries for destinations all over Greece. Follow Dave on social media for travel inspiration from Greece and beyond: