As there are no direct ferries sailing from Mykonos to Thirasia island in Greece, you'll need to take an indirect route via Santorini. This travel guides shows you how. 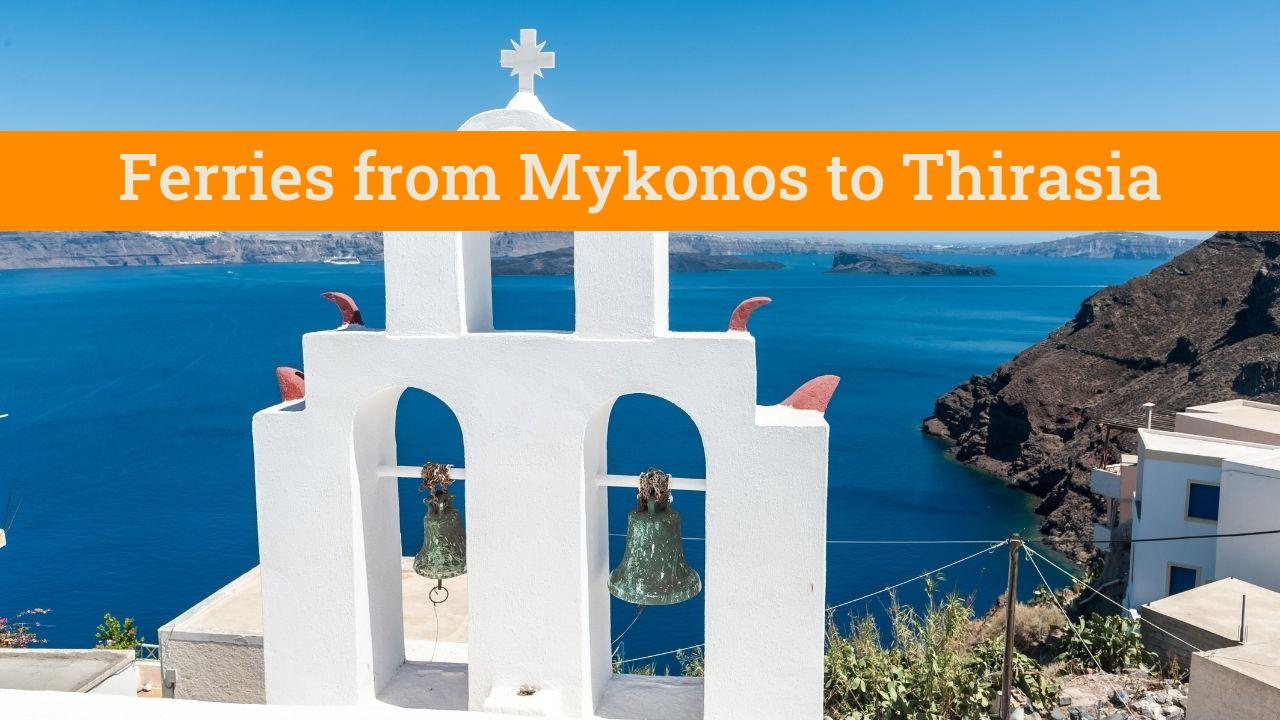 How to get from Mykonos to Thirasia

If you want to visit the Greek island of Thirasia after Mykonos, you should be aware that there are no direct ferries sailing on this route. The only way to make the journey, would be to take an indirect route via Santorini.

This would mean that you would first need to get a ferry from Mykonos to Santorini. Once there, you would then disembark, and then take another ferry to Thirasia island. More details here:

During the summer, you can expect up to 7 daily ferries from Mykonos to Santorini (depending on the season). For up to date ferry timetables, prices and availability, check out Ferryhopper.

A few travel tips for visiting the Greek island of Thirasia:

How to travel from Mykonos to Thirasia FAQ

A few of the frequently asked questions about traveling to Thirasia from Mykonos include:

How do I get to Thirasia from Mykonos?

Is there an airport in Thirasia?

The Greek island of Thirasia has no airport of its own. Santorini is the nearest island with an airport to Thirasia.

How long is the ferry ride from Mykonos to Thirasia?

With no direct ferries going to the Cyclades island of Thirasia from Mykonos, it is hard to calculate the exact travel time. If connections line up perfectly, it could be 6 hours or less. In the worst case, you may need to stay over night on Santorini.

Where do I buy ferry tickets to Thirasia?

The best place to look at Greek ferries online is Ferryhopper. I think it's better that you book your Mykonos to Thirasia ferry tickets in advance, but you could also wait until you are in Greece, and use a travel agency in Athens or on one of the islands.

– Dave Briggs
Dave is a travel writer living in and writing about Greece. As well as writing this guide about ferries from Mykonos to Thirasia, he's written hundreds more guides to other destinations in Greece. Follow Dave on social media for travel inspiration from Greece and beyond: