The 28th of July is a national holiday in Peru, and so I took a day off in Cajamarca to see what might happen. Blog post from my Alaska to Argentina bike tour. 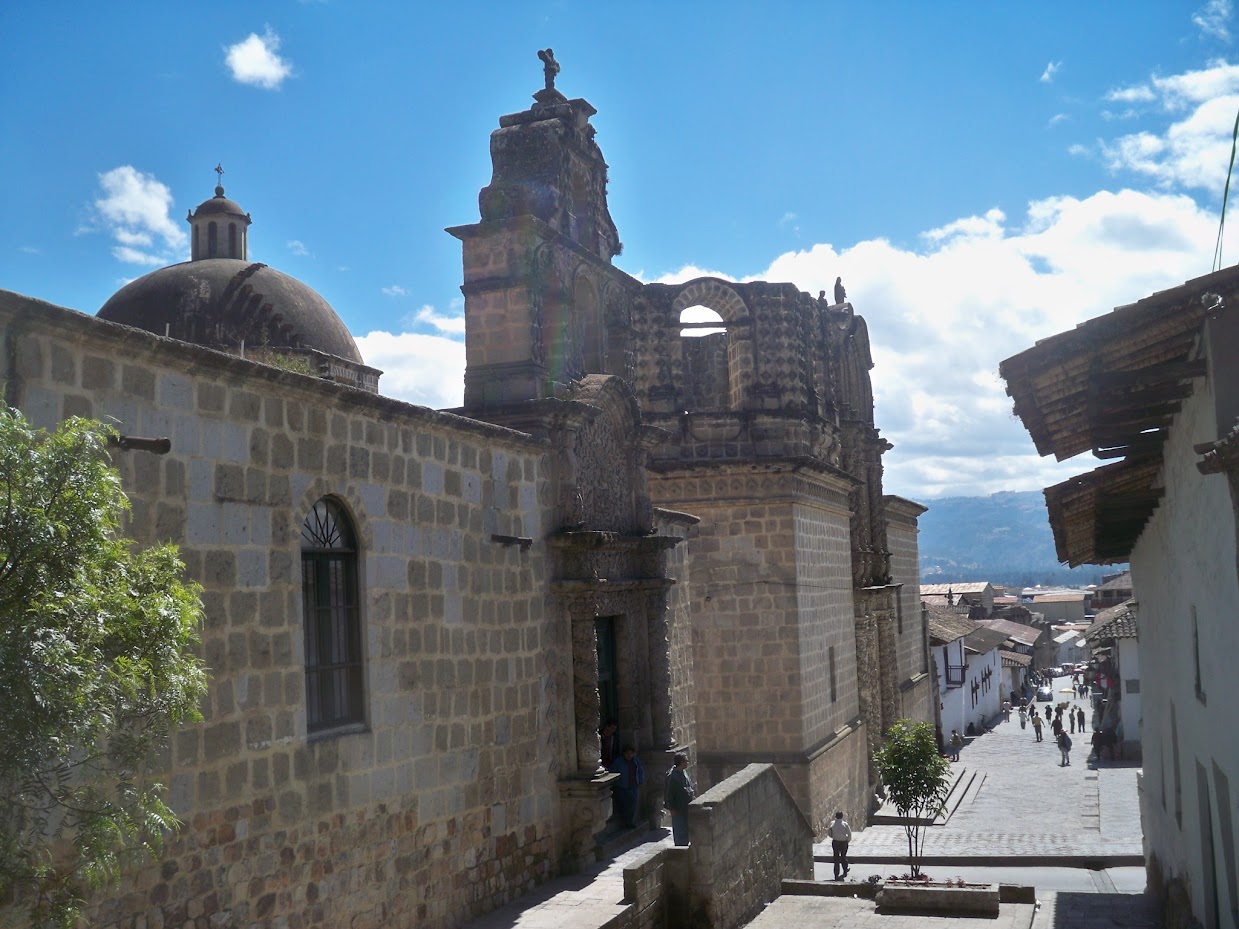 I had hoped for there to be some parades or fiesta in Cajamarca for the two day fiesta period for the Independence Day in Peru, but nothing happened in the centre where I was based.

Cajamarca is supposed to celebrate by bull fighting, cock fighting and livestock displays, but evidently not in the centre! There were quite a few marches and parades on the TV from Peru, which made some interesting watching, but instead, I will write a blurb about Independence Day in Peru.

The Independence Day of Peru is celebrated on 28, July to commemorate the anniversary of Peru's independence from Spanish rule in the year 1824.

On the Independence Day of Peru, every citizen pays tribute to the great patriots like Tupic Amaru, Pumacahua, Aguilar, and Micaela Bastidas, for all the sacrifices they made in order to re-instate the country's independence.

Known as the Fiestas Patrias Peruanas, the holiday falls every 28 & 29 July and offers a chance for the country to unite in celebration of the victorious Wars of Independence and the country's armed forces.

What happens on Peru Independence Day

The holiday period sees public buildings decked in the national colors and flags hanging from buildings for most of the month of July, and a sense of nationalism and pride prevails.

As the holiday itself begins a number of official and ceremonial acts are fulfilled in Lima by the country's leaders, including a symbolic journey by the President to the Congress of the Republic where he delivers his Address to the Nation, his account of the country's progress over the past 12 months.

On the second day, the Archbishop of Lima performs Mass to an audience of leaders and national dignitaries before the Great Military Parade begins. The Parade through central Lima is a patriotic display of the country's military and is intended to instill pride and a sense of the nation's strength.