These touring bike reviews are all made after completing long distance bicycle tours on different bikes. It also includes information on what to look for in a touring bike. 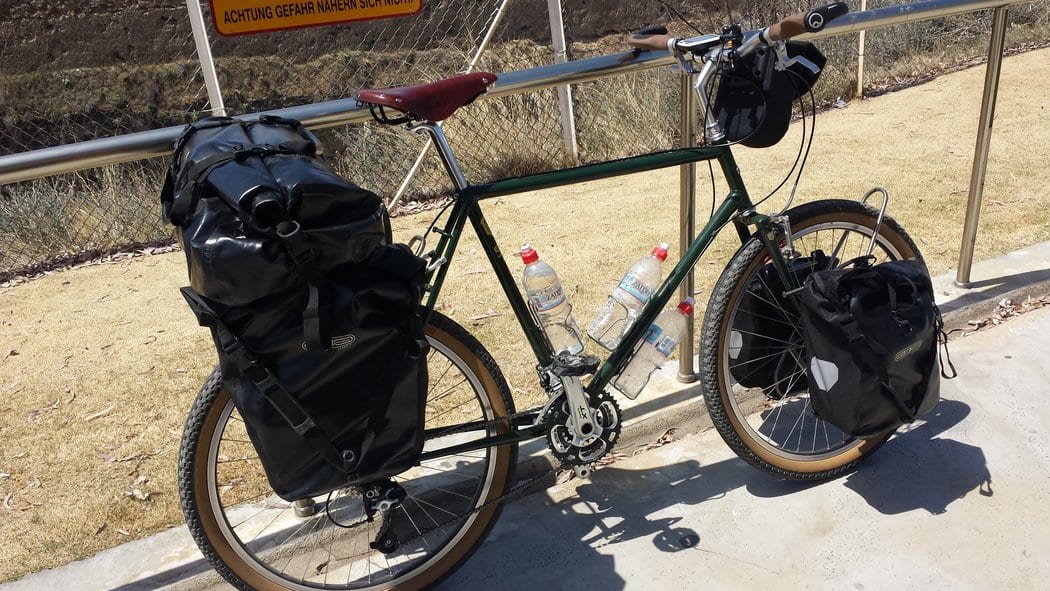 Whether you buy new or used, a touring bike is one of the most important investments you can make when it comes to bike touring.

Choose wisely, and you'll have thousands of miles of hassle free cycling. Cut corners, and you might end up making minor repairs every day of a tour.

Trust me – I've learned the hard way! From my very first bike tour, when I flew out to New Zealand and bought a random hybrid bike in the first bike shop I saw, to my last big bike tour from Greece to England, you learn something new on every tour.

What to look for in a touring bike

There's a lot to consider when buying a touring bike. Would you prefer the classic touring bike design, or an expedition bike? Steel frame or aluminium? And let's not even get started on wheel size!

Other people's opinions may differ, including yours. And that's a great thing. It would be a boring world if we all went touring on the same bikes!

Here's a video I made about what to look for in a classic touring bike.

Over the years, I've used several different types of touring bike on my various long distance bicycle tours around the world. I've reviewed a few of them below.

There are some notable exceptions, in that I haven't yet reviewed my Thorn Nomad expedition touring bike. I've only had it five years – I'm sure I'll get around to it one day!

Keep in mind that some of the older bikes might not even be available new today, and only as used.

But that doesn't really matter. I think you'll still get value from reading these touring bicycle reviews, and it may help you decide what aspects you want to look for in a touring bike. 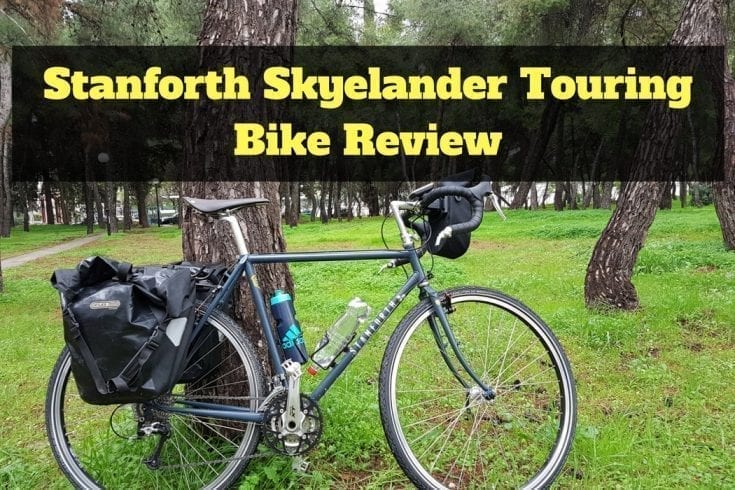 The Stanforth Skyelander is a 700c steel framed touring bike made in the UK. It's what you might call the 'classic' touring bike design, with its drop handlebars and road bike design. I used this bicycle during several bike tours in Greece mainly on sealed roads. I had the bike for around a year and a half, and this review covers what I thought to it. 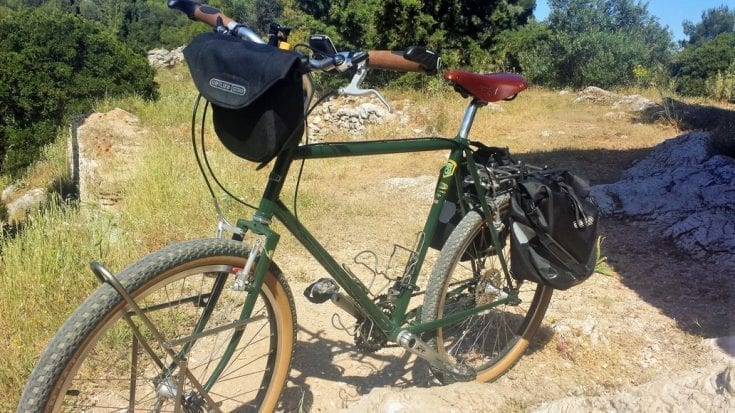 The Stanforth Kibo+ is the evolution of the original Stanforth Kibo. This bicycle is a 26 inch wheel, steel framed touring bike with an 'expedition' design. This bike is great for long distance tours on both sealed and unsealed roads, and is a true 'around the world' touring bike. I used this bike on my tour from Greece to England, and you can check out the full review here. 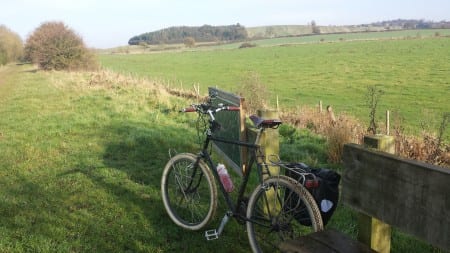 The original Stanforth Kibo is a bike that looks good both on and off tour. I used this bike for a regular commute as well as several bike tours in the UK. Check out the full review here.

Dawes are most famous for their Galaxy range of bikes, which are 700c classic touring bikes. years ago though, they also made the Sardar, and affordable steel framed bike with 26inch wheels. I used this bike over 18 months when cycling from Alaska to Argentina, and whilst I will be the first to say that it had its limits, it did the job! Sadly, the Sardar is no longer available from new, but they do crop up from time to time in the UK on bikes for sale forums.