It was only today that I realised I had actually been cycling INSIDE the Arctic Circle for about a week. Day 5 of my cycling trip from Alaska to Argentina. 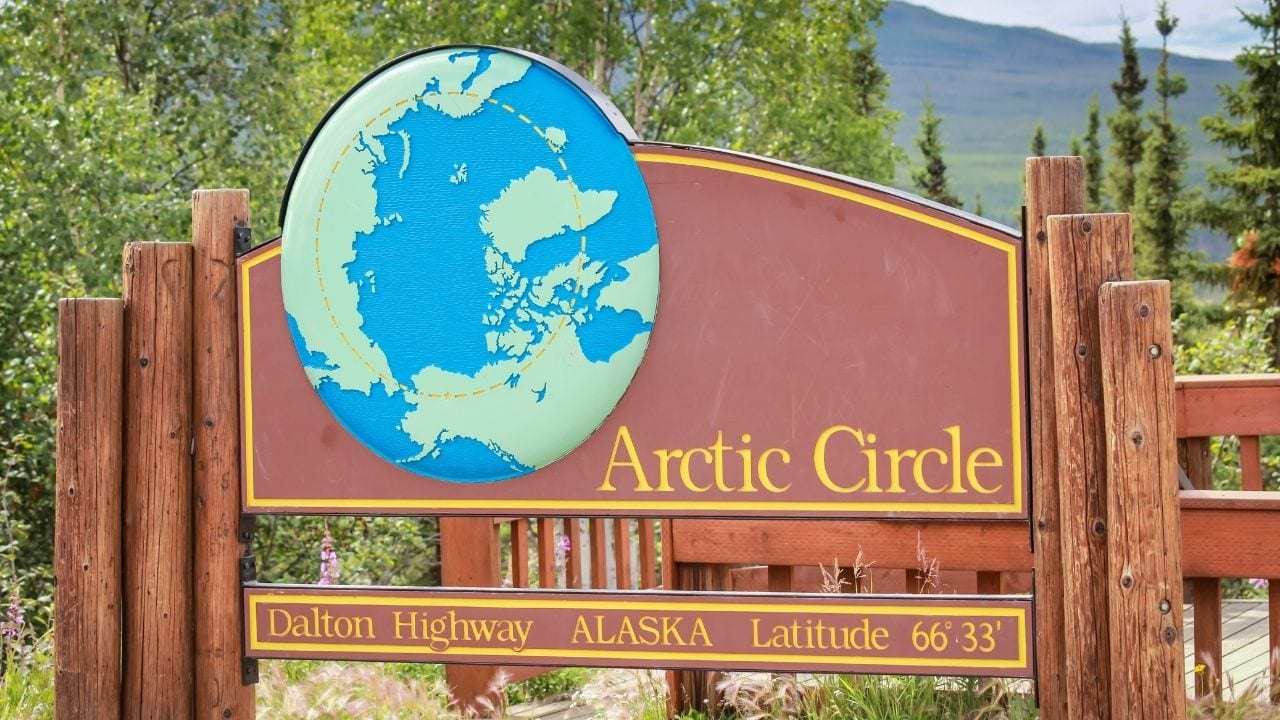 I said goodbye to Koko in them morning, and had my photo taken by him, which stands a good chance of either appearing in the Japanese equivalent of Cycling monthly or the Guardian, both of whom he writes articles for.

Ahhh… That's how he funds his trips!! Make a note for the future!

After leaving Marion Creek campground, I resumed cycling along the Dalton Highway once more.  When you are bicycle touring, you get to spend a lot of time in your own head. There's a lot of space to think. Today, I was thinking of my love/hate relationship with Bob.

Bob is my trailer. Downhill and on the flat, he is superb, and even on hills with a slight incline he is ok.

Its when he faces something more challenging such as Gobblers Knob (yes, honestly, that's what one of the hills was called), that his limitations become apparent. He turns from being a useful tool, into, and pardon my French here, a fucking liability.

Is a bicycle trailer a liability?

Granted, some of these climbs (Ice Pick, Oil spill etc) do have insane angles of incline, but even so, I seem to be pushing the bike, and of course therefore Bob, quite a lot.

Its hard to tell for sure, but I definitely feel as though I am reduced to pushing a lot more frequently than if I was cycling with panniers and racks.

And this is not a good thing, when you take into account the amount of mosquitoes, midges and flies which descend on me in a huge cloud whenever I stop. I'm not sure cycling in Alaska with a trailer is a great idea. Anyhow, there's my little grumble over with.

Related: Reasons it might be hard to pedal your bike

I rode the few miles into Coldfoot, and was just in time before the all you can eat buffet was closed. Two plates of assorted fried stuff, a bowl of fruit with yogurt, 3 slices of bread and a lemon cake may seem excessive, but I felt it was my duty. My duty as a greedy bastard.

The constant refills of coffee came in handy too whilst I was waiting for Jackie to turn up and unlock the post office so that I could get my next five days of food which had been dropped off.

Whilst I was eating,  some Israeli guys came over and we started talking, and I had my photo taken a whole bunch of times. With all this photo taking, its like being famous, even though it isn't.

Jackie arrived with my food parcel, and after distributing it around Bob, I was off again.

To start off with, the road was sealed on leaving Coldfoot, which made a pleasant change from the previous 250 miles of rough stuff. It wasn't all plain sailing though, as the aforementioned problems with hills and pushing happened all to frequently for my liking.

It was a tough day, and I was given a boost at one of my low points when a couple in an RV gave me a two energy bars, which helped me get to Arctic Circle. The campground, helpfully, was a further 1 mile off the roadside, all uphill, for which I was truly grateful.

I was pretty tired, and it seemed to take forever to get my camp set up and some food in me. A German guy came over whilst I was eating and invited me over to his site for a beer. It would have been rude to refuse!

I talked for a couple of hours with him and his wife, and the two beers went down nicely! They also filled my water container up, which was good of them, because I was starting to run drastically low.

Use the links below for more posts from this cycling trip in Alaska:

– Dave Briggs
Dave wrote this travel guide about cycling inside the Arctic Circle of Alaska when bike touring from Alaska to Argentina.