Few places in Greece are more inspiring than Meteora at sunset. The breathtaking scenery is the perfect backdrop for watching the sun fade away. Want to know where the best places to see the Meteora sunset? Read on to find out more! 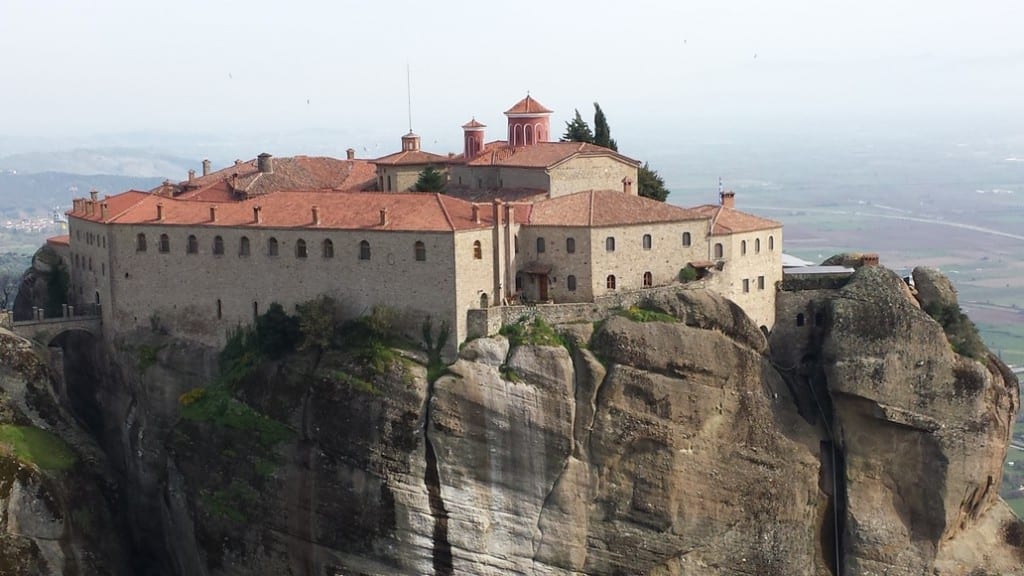 I was recently invited to Meteora for the weekend by Meteora Thrones, a Greek tour company who specialise in organising tours in the area.

The Meteora Sunset Tour was one of the trips they offered during my stay, and so the photos and experience come from that.

Although I didn't pay for the tour, all opinions are my own. As I mentioned in my previous article Majestic Meteora – Photos Of The Most Stunning Part Of Greece, you should know by now I don't BS you! 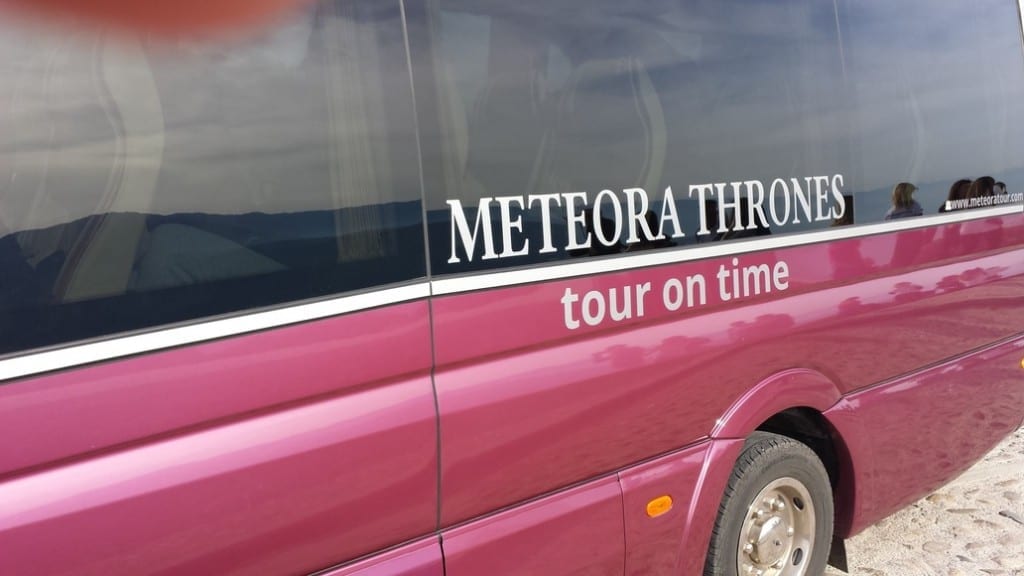 Sunset can be a strange thing. The most vivid colour changes happen in perhaps just 15 minutes. However, the afternoon light does tend to change slowly during the last few hours.

Sunset can also be unpredictable. Some days it might be glorious, and the next it might be less impressive. That's the luck of the draw.

So if you plan on taking a tour to see the Meteora sunset, it's best to do one which also includes some other activities. This way, if the sunset in Meteora isn't as spectacular as you had dreamed of, you'll still have enjoyed Meteora. 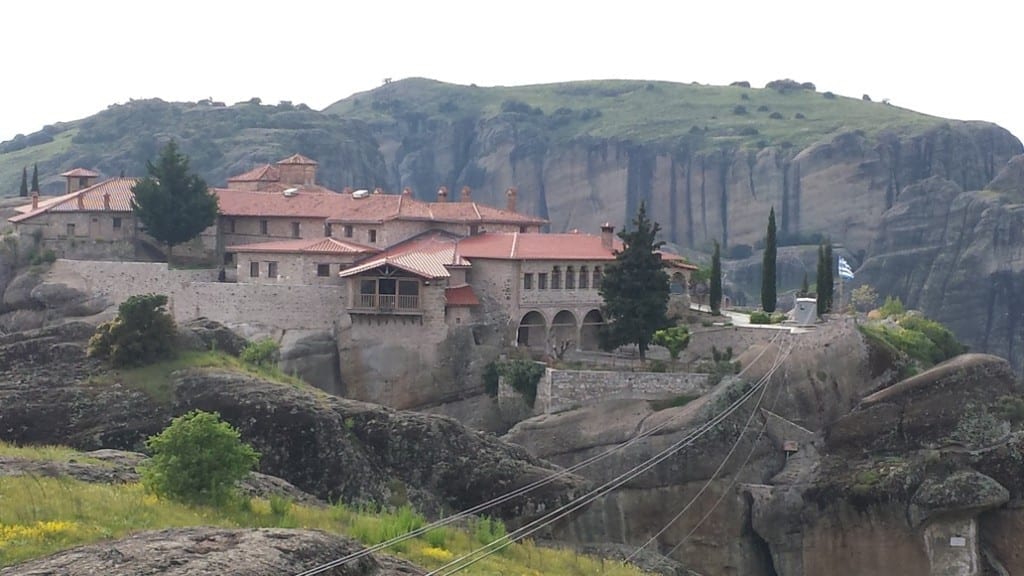 The sunset tour that I took with Meteora Thrones to see Meteora during the sunset took all that into account, and lasted for about 4 hours.

The tour showcased the area, with plenty of stops to take scenic photos of the rock formations and monasteries.

We also had the chance to visit the inside of a couple of monasteries along the way. 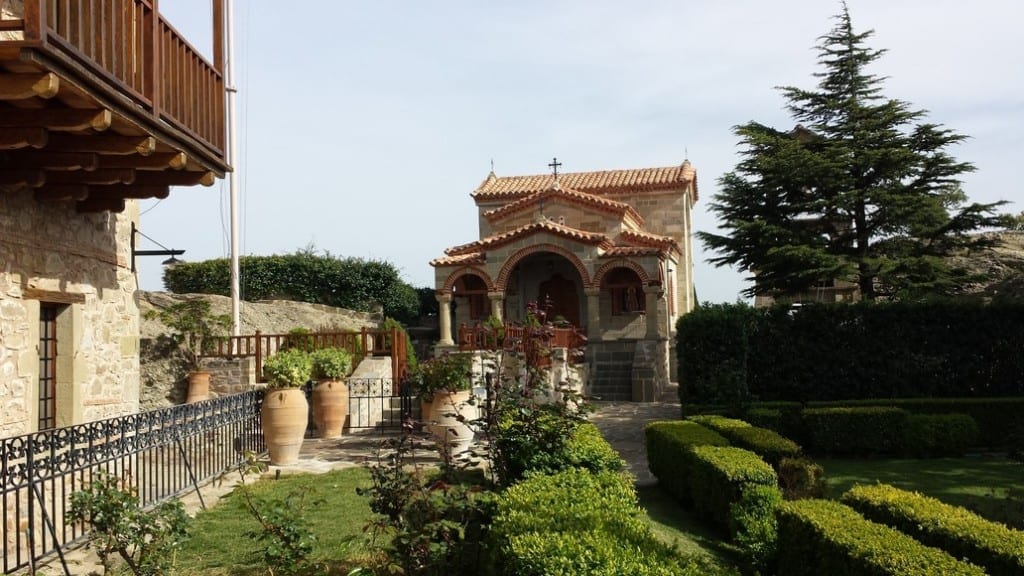 One of the important points that I took away from the tour, was that due to the position of the sun throughout the day, some views are better photographed in the afternoon than in the morning.

For this reason, it is not uncommon for people to take both a morning and afternoon tour in the area. This gives you a good selection of photos throughout the day. 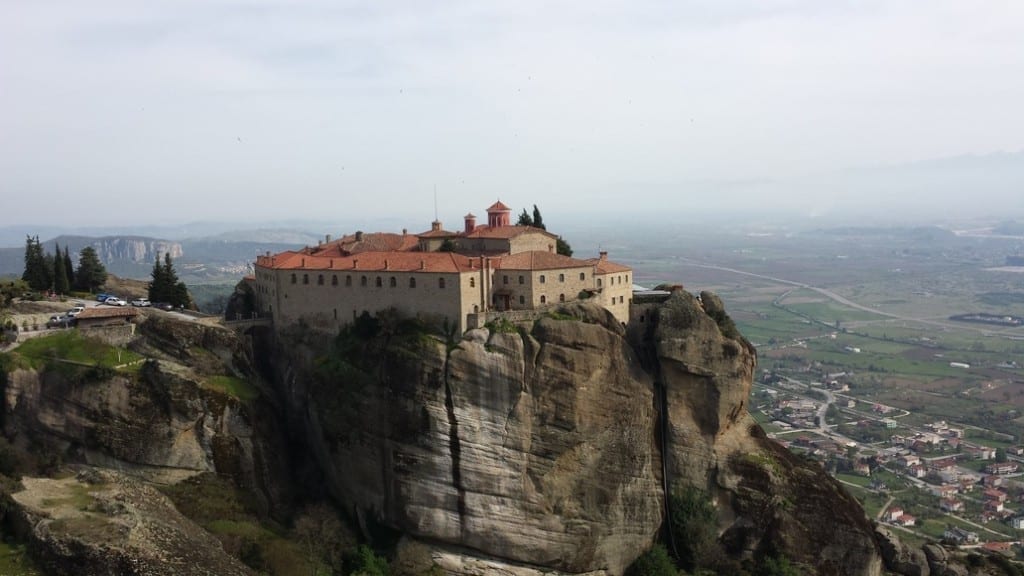 Our position for the Meteora sunset at the end of the tour was perfect. Commanding views over a stunning landscape, and very few tourists. Not surprisingly, it's referred to locally as sunset rock Meteora!

The sunset itself though on this occasion was not as spectacular as some I have seen though.

I hope some subtle photo editing I did whilst enjoying dinner  in Plakias Taverna Gardenia in Kastraki has done it some justice! Maybe I will have better luck next time, as I will be certain to return to Meteora soon! 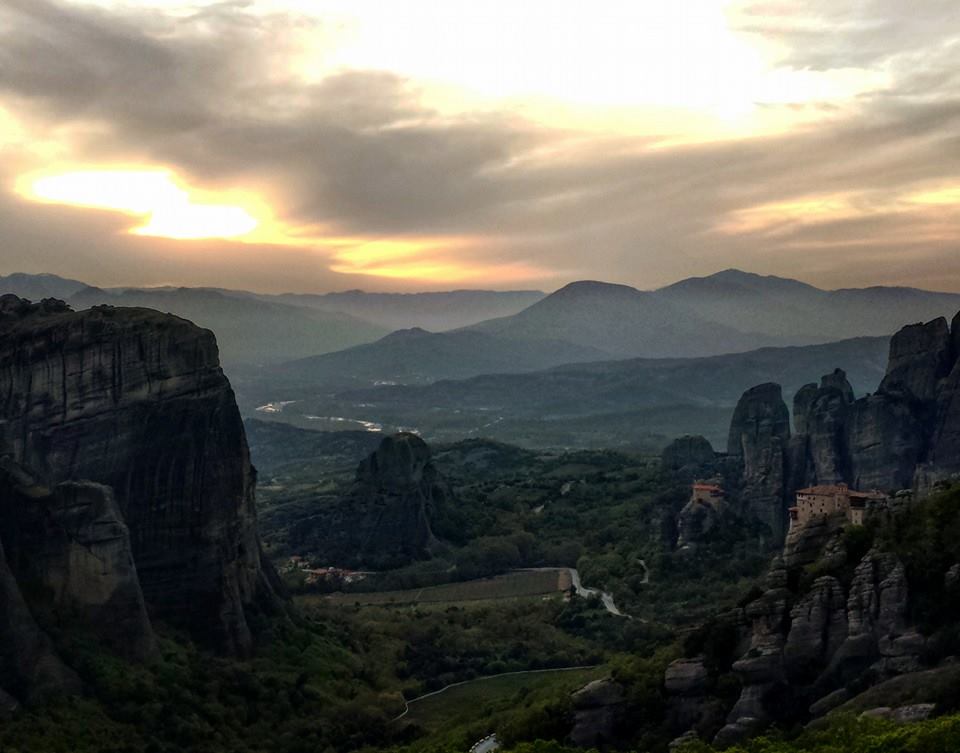 If you are planning a trip to Meteora, this list of the best places to stay near Meteora might be useful. You might also like to read about Meteora hiking tours as something else to do when in the area.

Meteora can also be visited as a day trip from Athens. Take a look here for a list of days trips from Athens, and here for information on how to get from Athens to Meteora on train, car and bus.

Staying in Meteora for a few days? Here's a look at the best Meteora tours and activities. 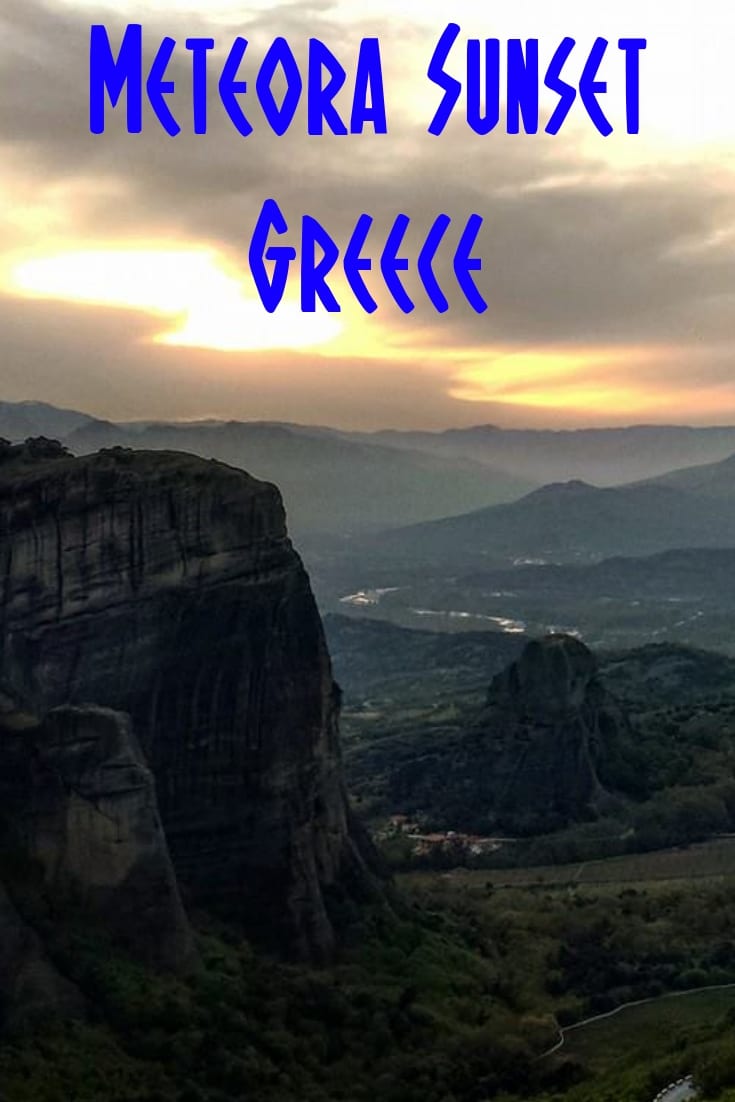