Last Updated On December 11, 2022 by Dave Briggs Leave a Comment 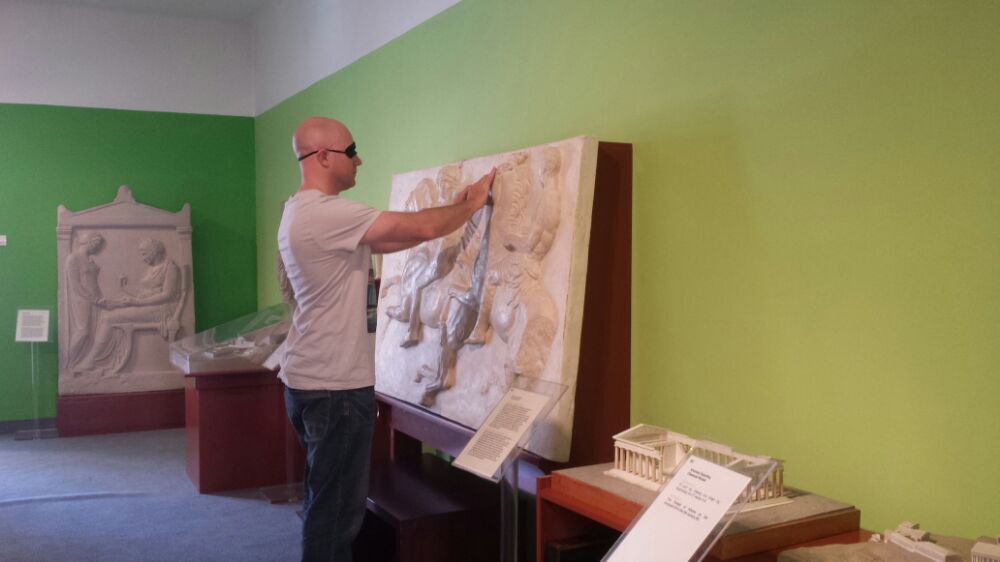 When I drew the Tactual Museum of Athens as the next museum on my list to visit, I was quite excited. I have heard of tactual museums, but have never visited one before.

The basic concept, is that they are set up as a way for sighted people to experience and understand to a small degree what it must be like to operate in a world without sight.

The idea, is to be led around a room blindfolded, and then to touch a series of objects in order to understand what they might be.

The Tactual Museum in Athens

The Tactual Museum in Athens does this with a difference. Rather than using ordinary objects, they instead display copies of artifacts from Ancient Greece.

The idea behind this is twofold. Firstly, non-sighted people rarely, if ever, get to touch and feel the relics from an ancient past. These faithful replicas would allow them to do so.

Secondly, it would give a chance for sighted people to approach ancient Greece from a new angle, and experience trying to work out what a new object is just by the sense of touch. 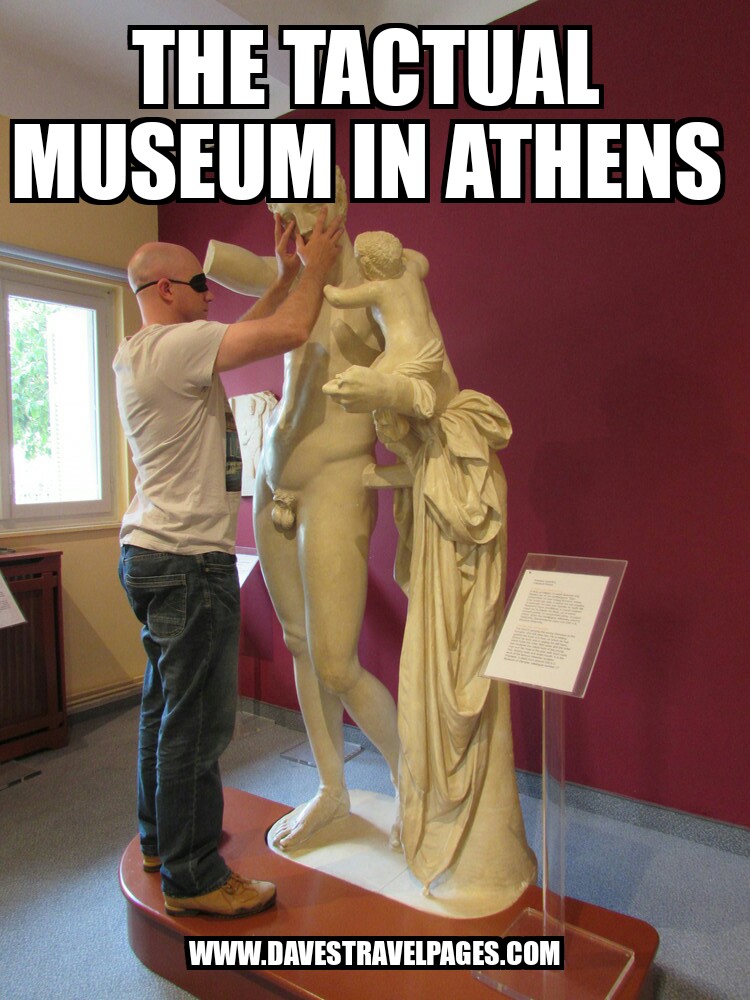 I visited the museum with the Mrs, and after being given a blindfold, we were shown how to lead a non-sighted person around a room. My turn first, and away I went! 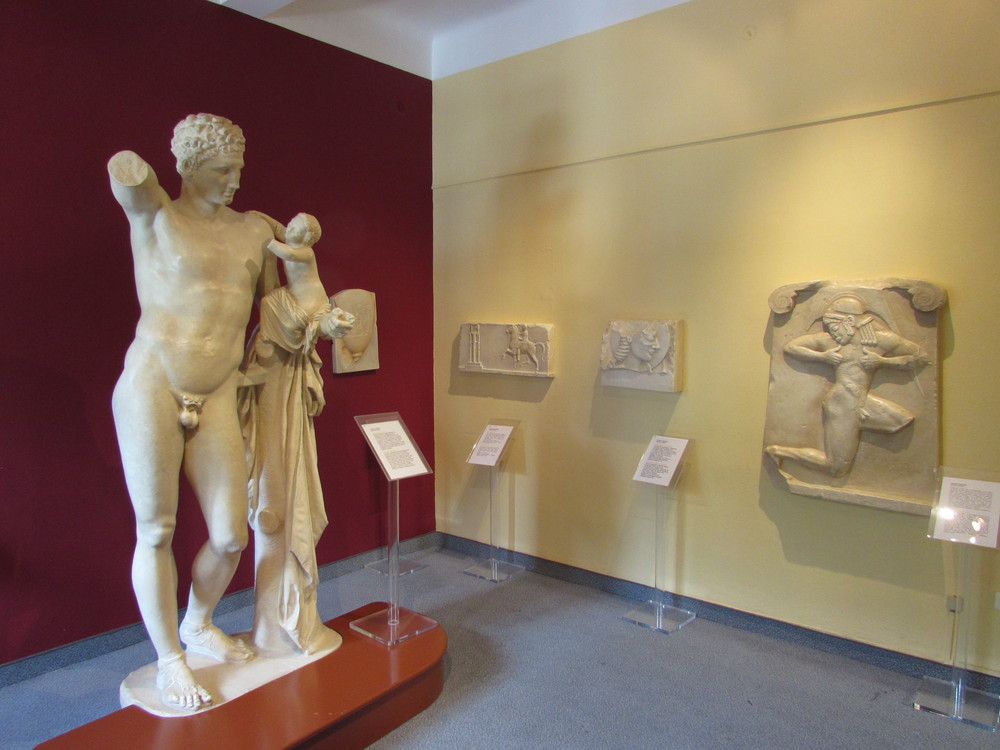 I found being able to walk with the blindfold on relatively easy, although I'm sure she let me bump into the wall once on purpose! Trying to work out what an object was just by touching it was a different story though. 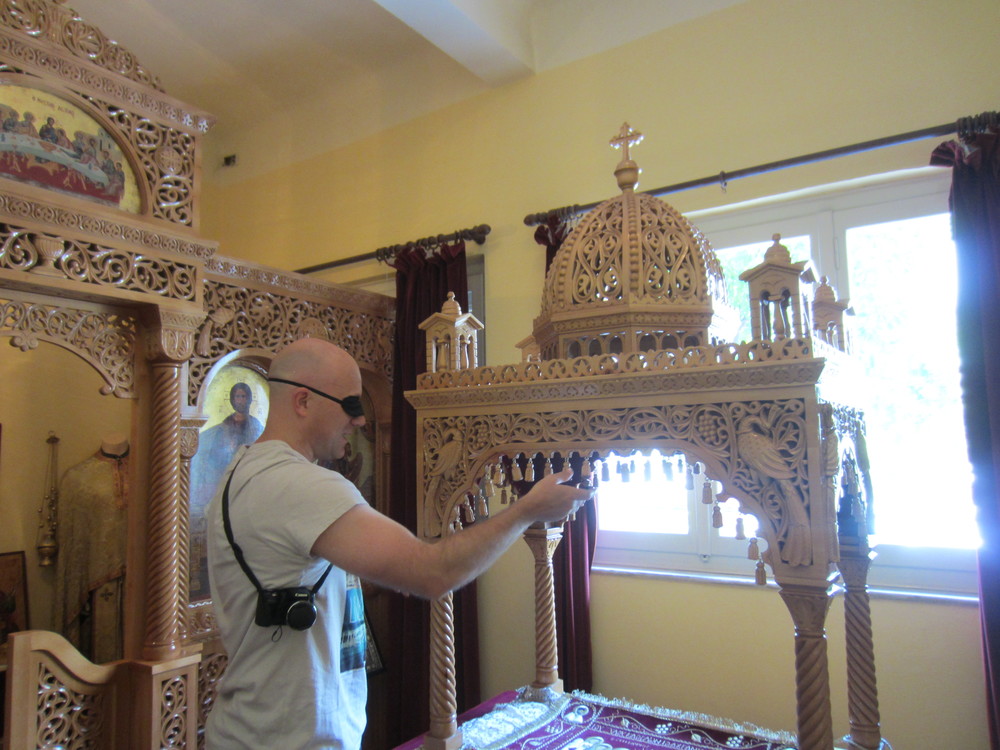 We all know what we see when we look at a stone carving of a man on a horse. However, doing it the other way around is nigh on impossible. It was only after I had been told what the carving should be, that I could make it out. And when I took the mask off, the image I saw in front of me was very different to the one I had in my mind.

There were two rooms downstairs, and several larger rooms upstairs. Some of the smaller objects, such as the golden laurel leaf crown, were especially hard to work out what they were. 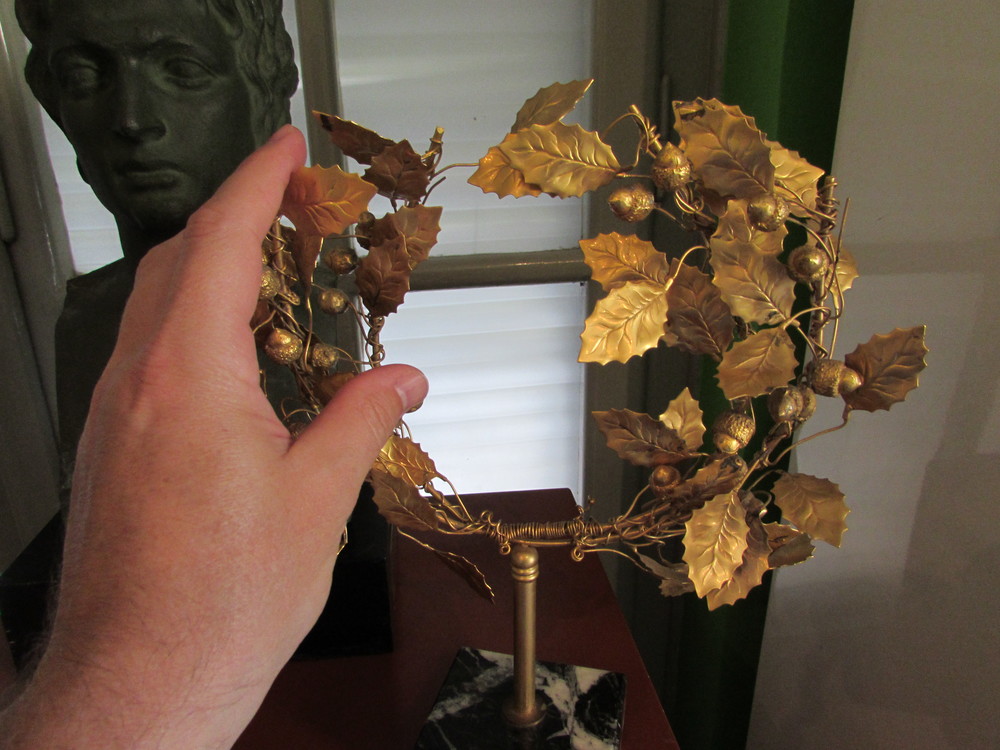 It was quite a sobering experience really, and a real revelation as to how blind and partially sighted people interact with the world around them. Check out the video below.

If you are interested in visiting the Tactual Museum in Athens, the address is below

“Visitors' entrance via
Lighthouse for The Blind of Greece
Athinas 17, Kallithea, 176 73″

It is further out from the centre where most of the other museums in Athens are located, but well worth the journey.

You can reach it by taking the red metro line to Syggrou-Fix, and from there either walking for 20 minutes, or taking a bus. It's worth calling ahead to make sure they will be open, and during the summer the regular hours are between 08.00 and 17.00. 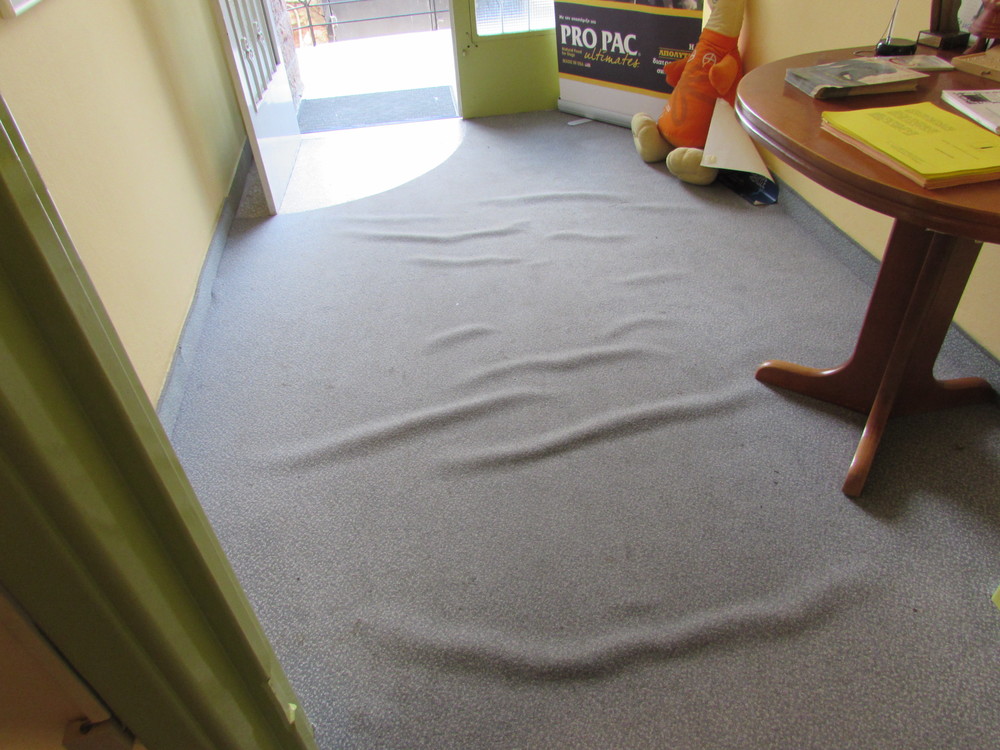 One final note – On the way out, I asked if the carpet was like this deliberately in order to further confuse sighted people with a blindfold on, and make them think more about obstacles in every day life.

The answer was no. The carpet is a problem! A problem that a lack of funds is making hard to fix. So, if you happen to know a carpet fitter who can help the Tactual Museum in Athens with their carpeting problem, get in touch with them!