Last Updated On January 28, 2022 by Dave Briggs Leave a Comment 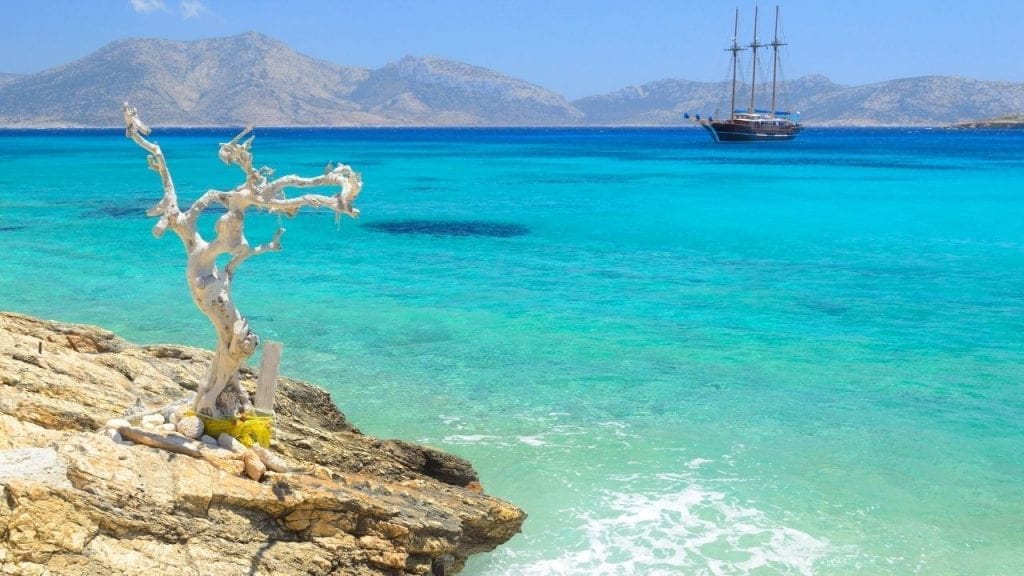 Located to the south east of the much larger island of Naxos in the Cyclades of Greece, is Koufonisia. It's still a low key Greek island destination, but is gaining in popularity year on year thanks to its fantastic swimming and laid back atmosphere.

Traveling from Athens to Koufonisia

The islands of Koufonisia do not have an airport, so the only way to reach them is by taking a ferry ride. There are a couple of ways to do this depending on which ferry schedules and options are most suitable for you.

One, is to fly from Athens to Naxos, which is the large neighboring island of Koufonisia. From Naxos, you could then take a ferry trip to Koufonisia. More here: Naxos to Koufonisia.

Using this option may save 1 or 2 hours total travel time, but only if flight and ferry connections to Koufonisia line up nicely enough.

The simplest way to travel from Athens to Koufonisia is by ferry. 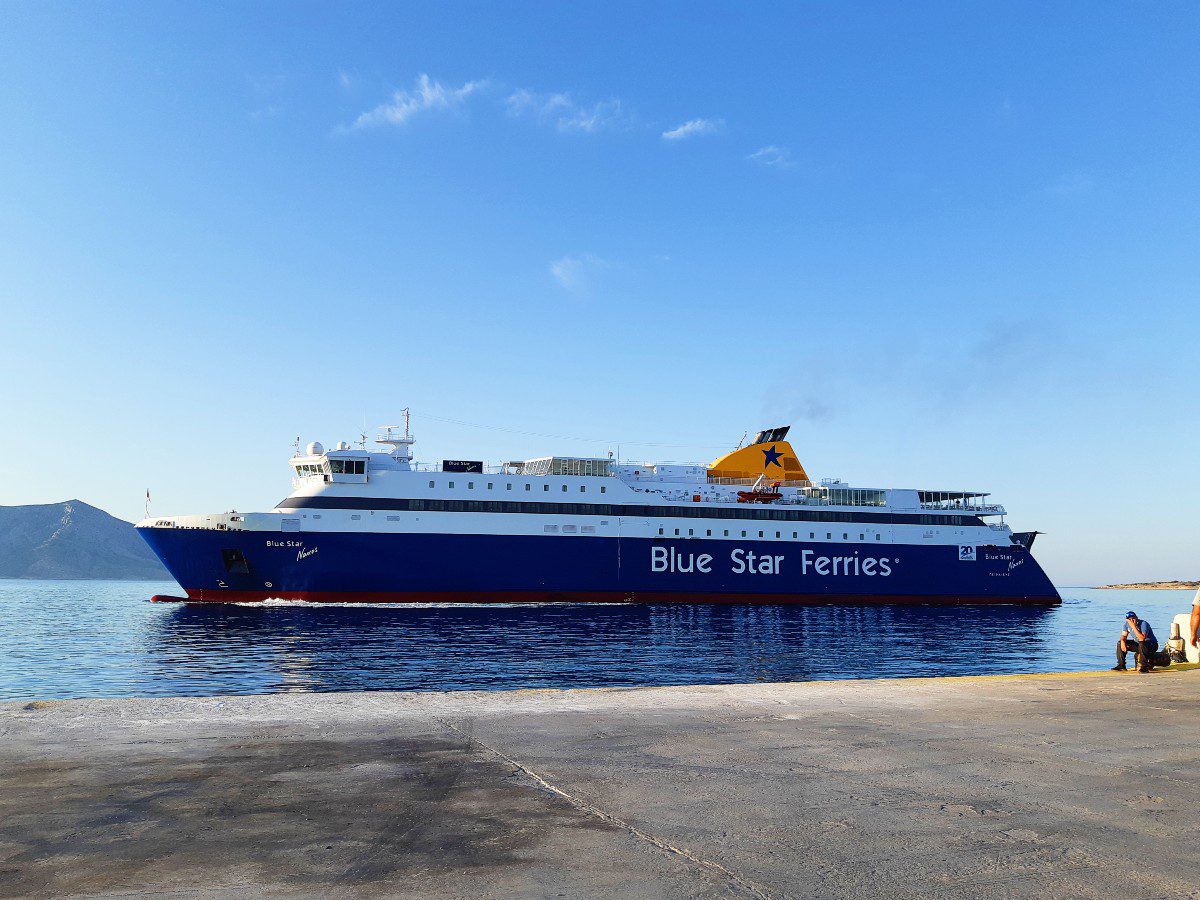 Ferries to Koufonisia from Athens

During the summer months (which is when most tourists will travel), there can be up to 4 ferry services a day sailing from Athens to Koufonisia.

Although we can say it's a direct ferry as in you would not need to swap ships on an island, the ferry would make stops at other Greek islands along the way.

During the summer travel season, ferries leave from Piraeus and Rafina ports to Koufonisia.

There are two ferry operators who sail from Piraeus Port in Athens providing the Athens Koufonisia service, which are Blue Star Ferries, and SeaJets.

Typically, Blue Star Ferries have larger and slower boats on this route. Seajets is quicker, and perhaps a little more expensive.

A special note should be made on getting to Koufonisia by ferry in August (which is the high season) – Tickets can sell out quite quickly and some ferries become fully booked. It's best to book ferry tickets to Koufonisia in August a few months in advance whenever possible.

Ticket prices for the ferry from Athens to Koufonsia start at around 31 Euro. Ferries for Koufonisia depart from Piraeus Port of Athens.

I recommend Ferryhopper as a platform where you can research Koufonisia ferry timetables and book your ferry tickets online.

Rafina is a much smaller port than Athens Piraeus. It is a useful ferry port to leave from if you have just arrived at Athens International Airport, and want to go to the islands without spending any time in Athens itself.

During the tourist season, you will find one ferry per day sailing from Rafina Athens to Koufonisia. The ferry operator name is EKATERINI P. FAST FERRIES.

This is a relatively slow crossing at 7.5 hours, but cost effective at 34.00 Euros for a foot passenger. This crossing is less likely to sell out than the ferries leaving from Piraeus which can make it quite appealing.

Use Ferryhopper to plan your island hopping itinerary, check schedules, and book a ferry ticket online.

Koufonisia has one of the largest fishing fleets in Greece in proportion to its population, and locals often joke that there are more boats than people on this island of barely 400 people. Perhaps the joke is even true, but that means there's some excellent fresh seafood dishes to be eaten in the tavernas!

As it's only a small island, Koufonisia is easy to get around, and hiring a bicycle or hiking will help you explore some of its charms. It's also easy to take a boat trip to Kato Koufonisia, as well as go for a boat tour around the island.

All in all, Koufonisia is a great next step for anyone who's traveled around Greece for a bit, and now wants to go experience some of its smaller and more unique islands.

Make your Koufonisia trip planning a little easier with these insights:

A good hotel can make a vacation great by providing all of the amenities that you need when away from home.

Some of the best Koufonisia places to stay are:

What to see in Koufonisia Greece

Some of the highlights of Koufonisia you'll want to experience when you visit include:

Check out my full guide here on things to do in Koufonisia. 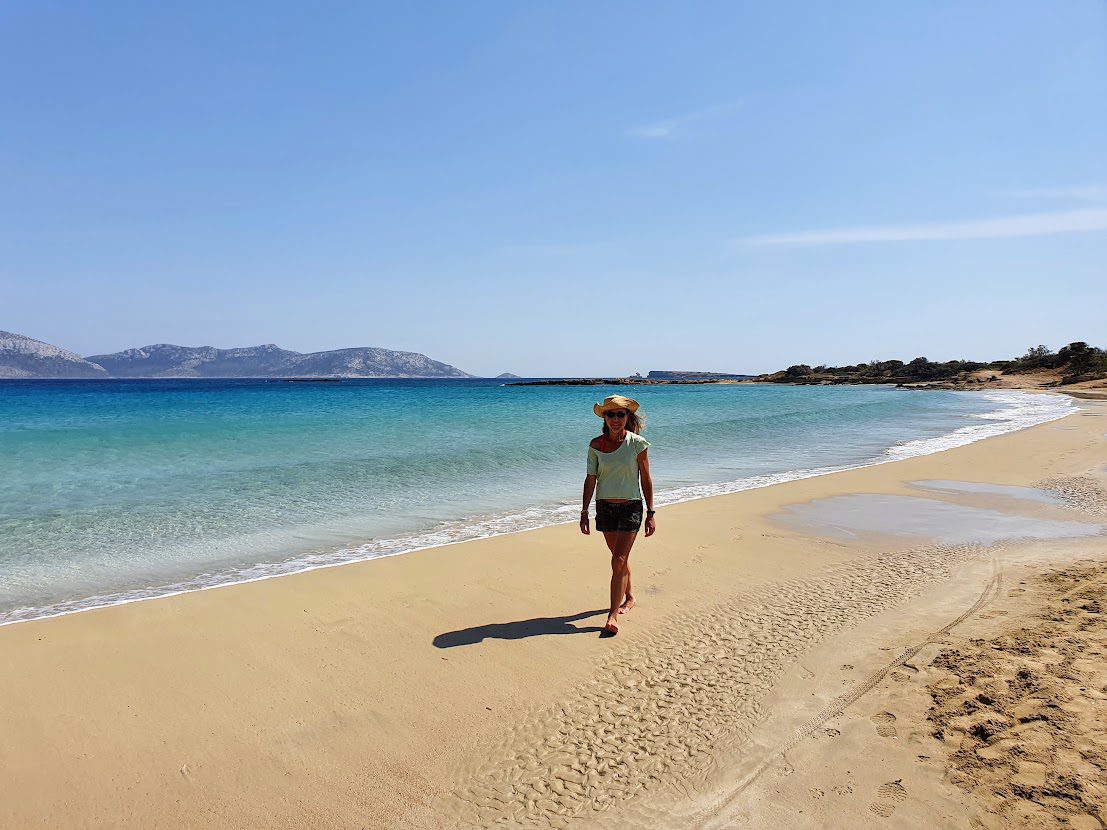 FAQ About Traveling To Koufonisia

People planning to travel between Athens and Koufonisia ask similar questions such as:

How do you get to Koufonisia from Athens?

Is there an airport on Koufonisia?

There is no airport on Koufonisia, and so the only way to reach the island is by ferry. The closest airport is a domestic airport in the neighboring island of Naxos, so it is possible to fly to Naxos from Athens and then take a local ferry to Koufonisa. Alternatively, you can take a direct ferry from Athen Piraeus Port to Koufonisia.

Where does the Koufonisia ferry leave from in Athens?

The ferry to Koufonisia from Athens departs from Piraeus Port. Piraeus is the largest ferry port in Greece, and you should be at your departure gate at least an hour before the Koufonosia ferry is due to sail.

How long does the Athens to Koufonisia ferry take?

The travel time from Athens to Koufonisia can vary between 7 and 9.5  hours, depending on the type of ferry taken. Generally speaking, the faster the ferry, the more expensive the tickets to Koufonisia will be.

How do I buy ferry tickets for Koufonisia?

The best place to purchase tickets for ferries to Koufonisia from Athens online is Ferryhopper. You can also book tickets at a local travel agency when in Greece. 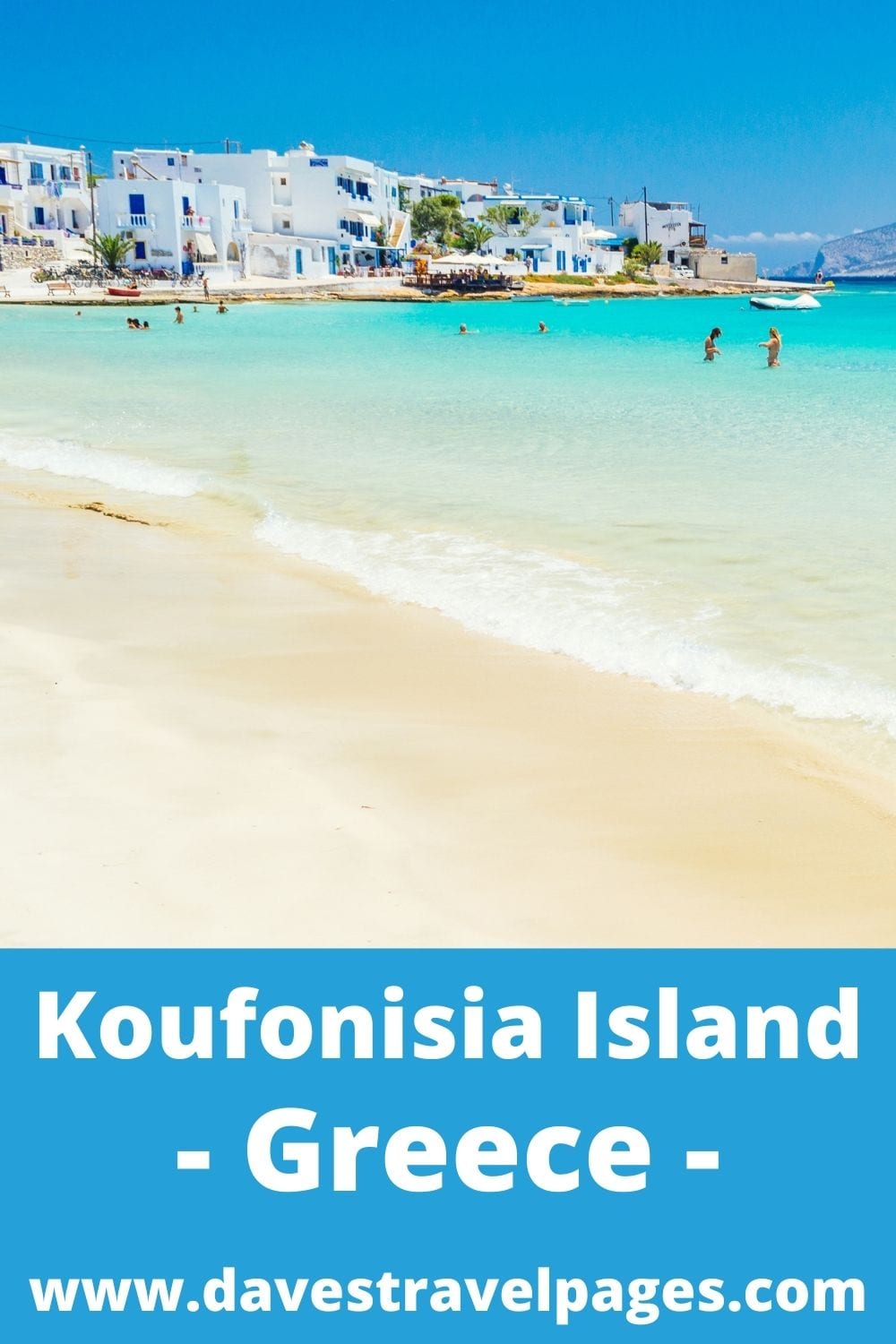 Dave is a travel writer who's been living in Athens for the last five years. He's visited many of the smaller Greek destinations such as Koufonisia island, as well as the more well-known places in Greece. He has a somewhat ambitious goal of visiting every Greek island (there's over 200!) and writing about them all.