I hit my first real headwind of the bike tour in Alaska during this day. Passing by trees bent double in the wind, I crawled through 60 miles during 8 hours of cycling. 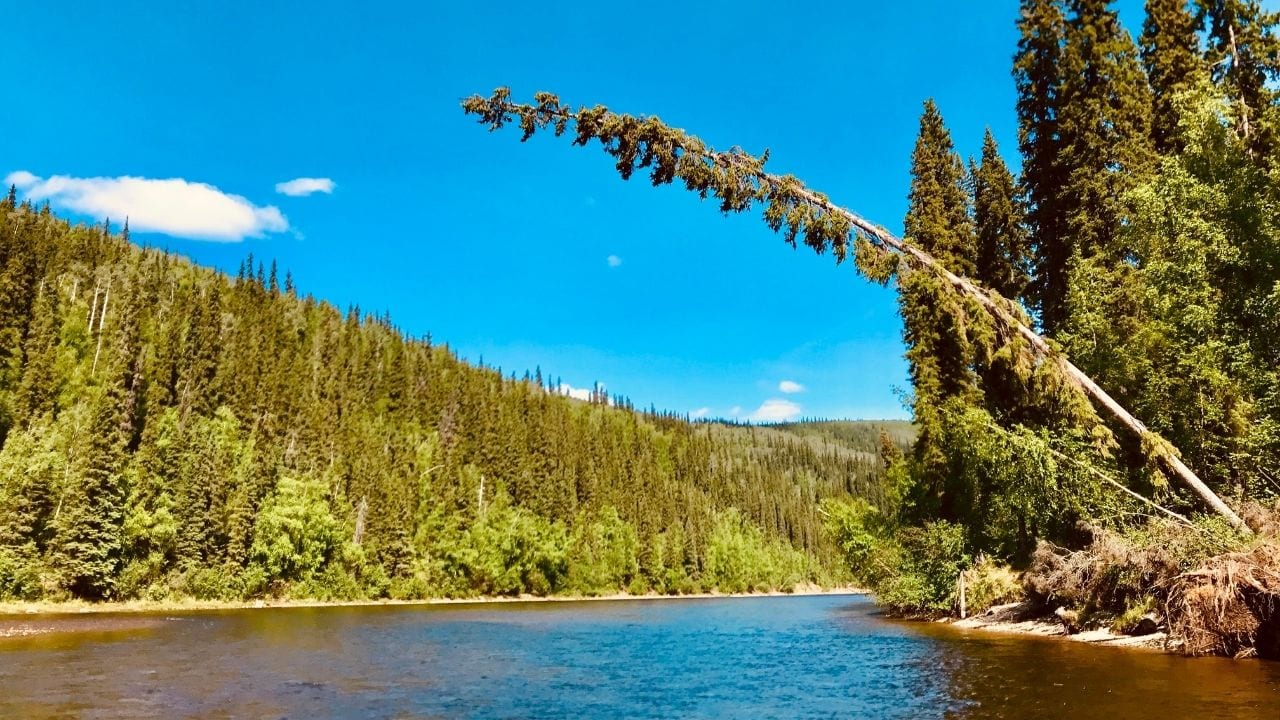 Cycling from Salcha River in Alaska

I hit a headwind the second I got on the bike, and it didn't let up until I got off the bike again eight hours and 60 miles later.

Some pretty tough going towards the end, especially the last hour where the trees on either side of the road were bending so much the tops were almost touching the floor ( Believe!!).

It was a really hot day as well, which has added to my nice cyclist tan of deep brown arms and pasty white body. The knee problem that plagued me on my last days of cycling along the Haul Road is abating day by day.

I opted for a privately run RV park, which whilst more expensive than a state campsite, did have such luxuries as  a tap which water that didn't need filtering came out of, and, wait for it, showers !!

Use the links below to read more blogs written during the bike tour:

– Dave Briggs
Dave wrote this travel guide about cycling near Salcha River in Alaska when bikepacking from Alaska to Argentina.