Last Updated On October 8, 2021 by Dave Briggs Leave a Comment 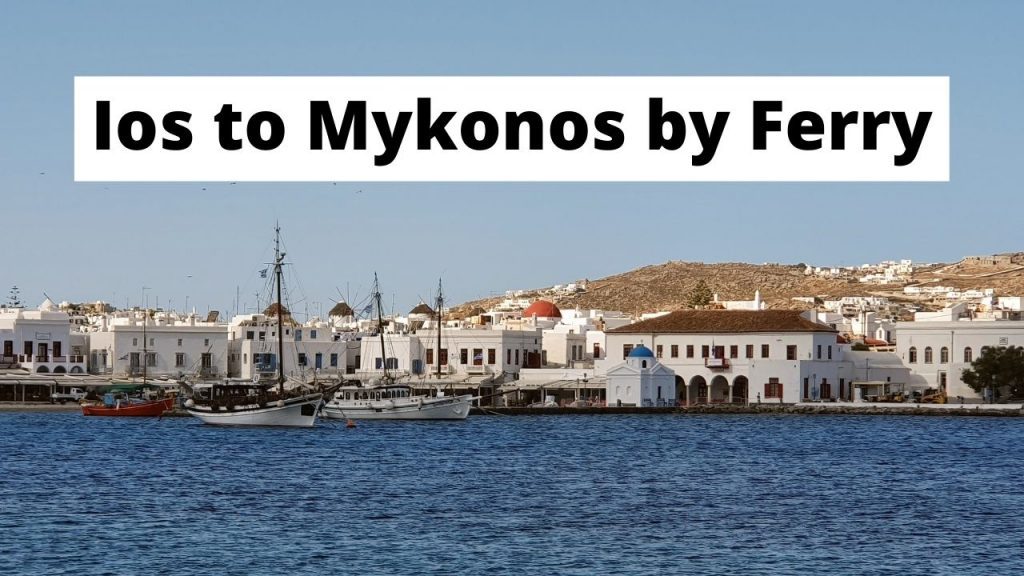 How to get from Ios to Mykonos

Both Ios and Mykonos are two of the most popular Greek islands, especially with people who appreciate good nightlife!

If you're planning to go directly to Mykonos after Ios, here's your options:

The Cyclades island of Ios does not have an airport, so the only way to travel from Ios to Mykonos is by ferry.

Although the port to port distance between Ios and Mykonos is about 100kms, the travel time is quite quick. 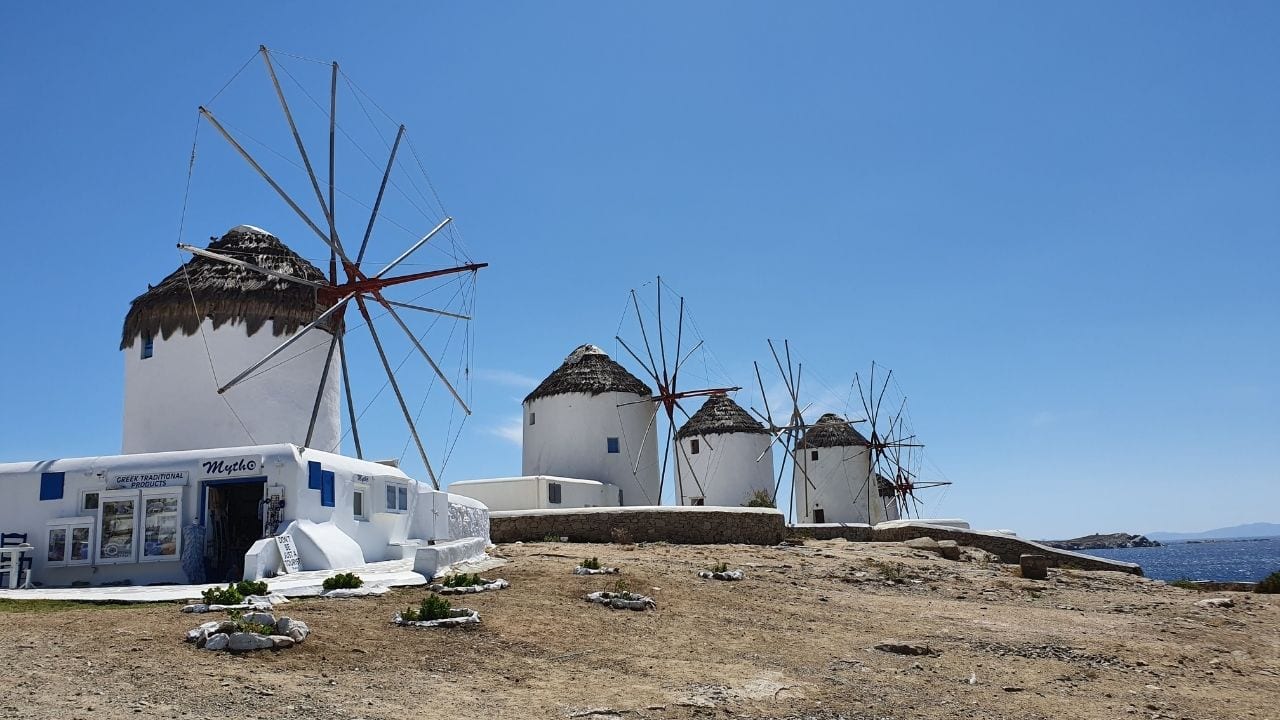 During the busiest months for travel (May until October), you can expect up to 2 daily ferries from Ios to Mykonos.

Ferry operators on the Ios – Mykonos route are SeaJets and Golden Star Ferries.

As this is really considered a tourist route, ferry ticket prices can be more expensive than journeys of a similar length to other islands near Ios in the Cyclades group.

Fast ferries are generally more expensive when it comes to ferry ticket prices. SeaJets tend to be more expensive than ferries operated by Golden Star Ferries.

As a rough rule, you might expect to pay around 57 Euro for the ferry trip from Ios to Mykonos by ferry.

The best place to search for up to date schedules and book tickets online is Ferryhopper.

Note: During the low season, transport options might be more limited between Ios and other islands.

A few travel tips for traveling from Ios to visit the island of Mykonos: 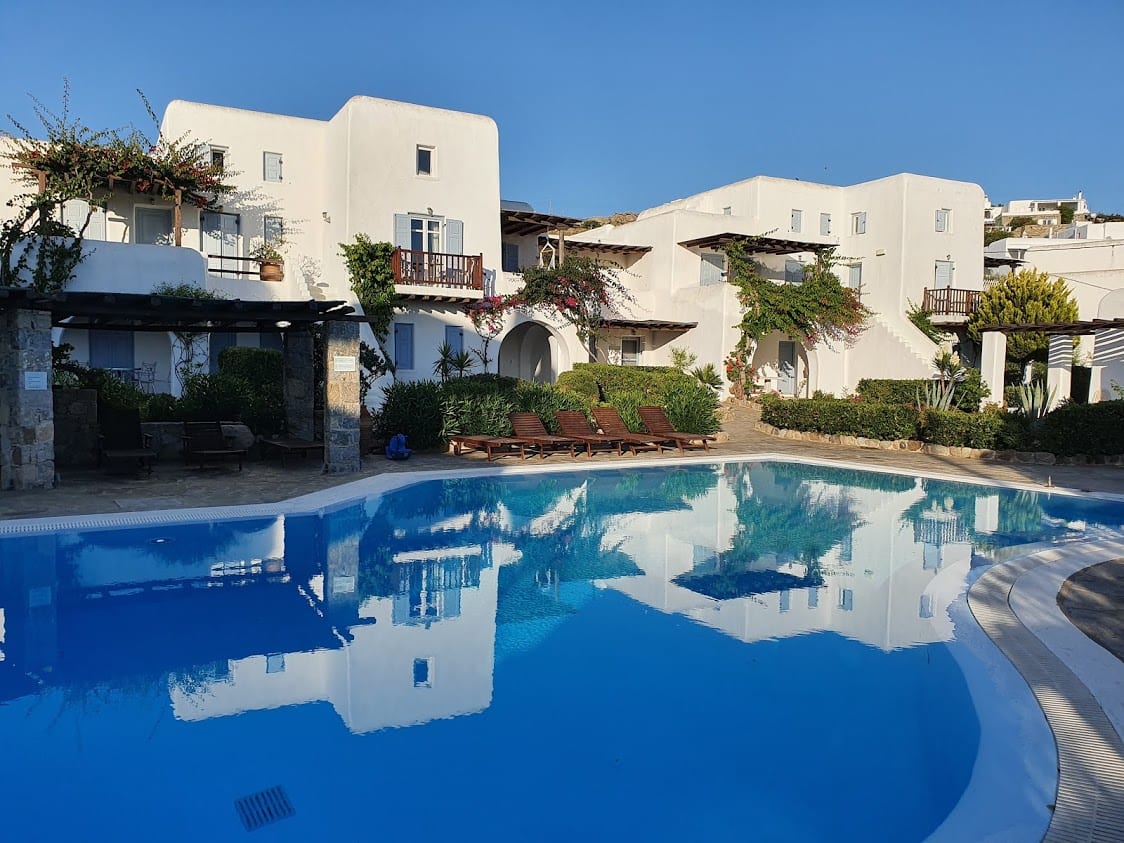 How to travel from Ios to Mykonos FAQ

Questions about about traveling to Mykonos from Ios include:

How can I go from Ios to Mykonos?

You can only travel between Ios and Mykonos by using a ferry. There are up to 2 daily ferries sailing to Mykonos from Ios.

Mykonos does have its own international airport (IATA: JMK, ICAO: LGMK). While you can't fly to any other destination in the Cyclades, it does have connections with Athens and some European cities.

How long is the ferry from Ios to Mykonos?

The ferries to the Greek island of Mykonos from Ios take between 1 hour and 35 minutes and 3 hours and 35 minutes. Ferry operators on the Ios Mykonos route may include Sea Jets and Golden Star Ferries.

How can I buy tickets for the ferry to Mykonos?

The easiest way to check a ferry schedule and get hold of a ferry ticket in Greece is by using Ferryhopper. You can also use a local travel agency to book ferry tickets for you, and you can normally find them near the ports.

Can I take a car on a Greek ferry?

If you're traveling with a vehicle, you will be happy to know that some Greek ferry boats have the option to carry cars. It's important to keep in mind that it is against some rental companies terms to take hire cars on board a ferry.

Final Thoughts: Ios to Mykonos ferries can be expensive, so it's best to plan in advance and look at different dates for the cheapest fares. If you're planning a vacation in Greece and need help finding affordable accommodation on Ios or booking tickets, take a look through this blog! There's stacks more content here that will help you plan the perfect holiday in Greece. 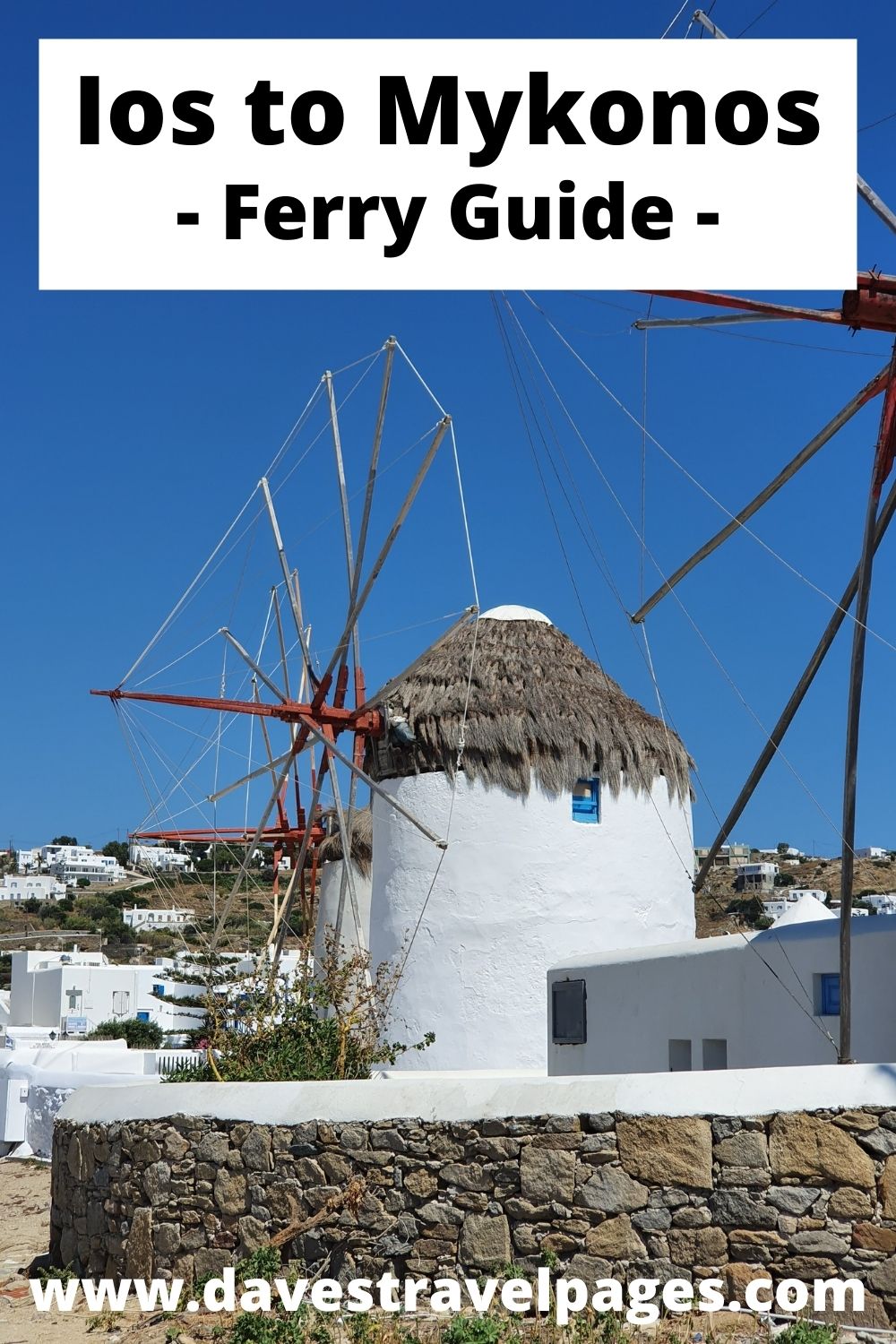 – Dave Briggs
Dave is a travel writer who has been living in Greece and writing about the country since 2015. As well as creating this travel guide to ferries from Ios to Mykonos, he's also written many more travel blogs about destinations in Greece and around the world. Follow Dave on social media for travel inspiration from Greece and beyond: