Last Updated On July 12, 2022 by Dave Briggs Leave a Comment

There are two ferries a day sailing from Mykonos to Koufonissi with ferry operators SeaJets and Fast Ferries providing crossings.

Visiting Koufonissi directly after Mykonos will be quite a contrast! You will have traveled from one of the most famous Greek islands in the Cyclades to one few people have heard of, and you'll immediately see the difference.

Left behind are the tourist crowds, the cruise ships, and thankfully the high prices! In front of you, awaits a much quieter island, pristine beaches, and a taste of paradise.

One quick note: You may find Koufonissi written as Koufonisi, Koufonisia, Koufonissia, and probably half a dozen other ways I can't think of right now. Don't worry, it's all the same place!

Traveling from Mykonos to Koufonissi

As there isn't an airport in the Greek island of Koufonissi, the only way to make a journey from Mykonos to Koufonissi is to take a ferry.

To check travel times, ticket prices, and to buy a ferry ticket for the Mykonos Koufonissi route online use Ferryscanner.

Taking an indirect ferry route from Mykonos to Koufonisia

If you are traveling outside of the high season, or for if for some reason direct ferries are not running in the year you want to travel, you can also reach Koufonissi indirectly.

The best way to do this, would be to take a Mykonos to Naxos ferry, and then take a ferry from Naxos to Koufonissi.

The direct ferry from Mykonos to Koufonissi is a seasonal boat. This means that it runs during the summer months, but the service may stop in the autumn.

Currently, there are two ferries per day sailing from Mykonos to Koufonisia, which is a SeaJets vessel. The journey takes around an hour and a half, so it's a pretty quick trip.

Check out Ferryscanner to see the latest ferry schedule for the Mykonos Koufonisi. You can also look at ferry schedules for other ferry routes to popular destinations in Greece there.

A few travel tips for visiting the Greek island of Koufonissi:

What to see in Koufonissi Greece

Don't feel you need to rush around seeing lots of things when in Koufonissi. You're on holiday, after all!

If you're staying for a few days, you'll eventually get to all the highlights, and if not… they're always there for next time.

How to get from Mykonos to Koufonissi FAQ

A few of the questions readers ask about traveling to Koufonissi from Mykonos include:

How do we get to Koufonissi from Mykonos?

Is there an airport in Koufonissi?

How long is the ferry crossing from Mykonos to Koufonissi?

The ferries to the island of Koufonissi from Mykonos take just 1 and a half hours. The ferry operator providing this summer connection on the Mykonos Koufonissi route is SeaJets.

Where can I buy tickets for the ferry to Koufonissi?

Ferryhopper is perhaps the easiest site to use when it comes to booking Mykonos Koufonisi ferry tickets online. I think it's better that you book your Mykonos to Koufonissi ferry tickets in advance, however you could also wait until you are in Greece, and use a travel agency.

Which ferry companies sail between Mykonos and Koufonisia?

Sea Jets and Fast Ferries both offer crossings every day of the week between Mykonos and Koufonissi in the high season. 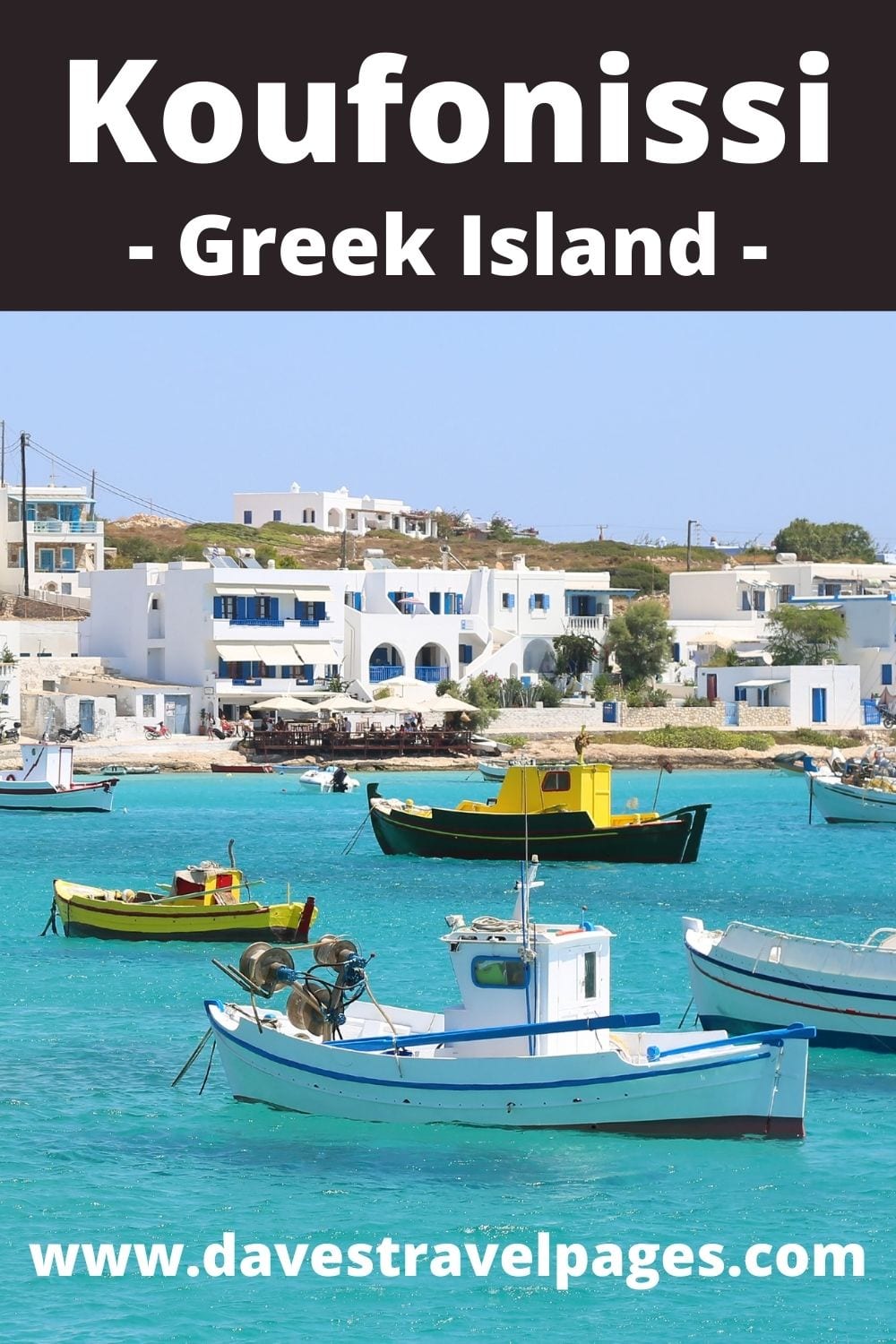 – Dave Briggs
Dave is a travel writer who has been living in Greece and writing about the country since 2015. In addition to writing this travel blog post about ferries from Mykonos to Koufonissi, he's also written many more travel blogs about other destinations in Greece. Follow Dave on social media for travel inspiration from Greece and beyond: