Last Updated On October 3, 2022 by Dave Briggs Leave a Comment 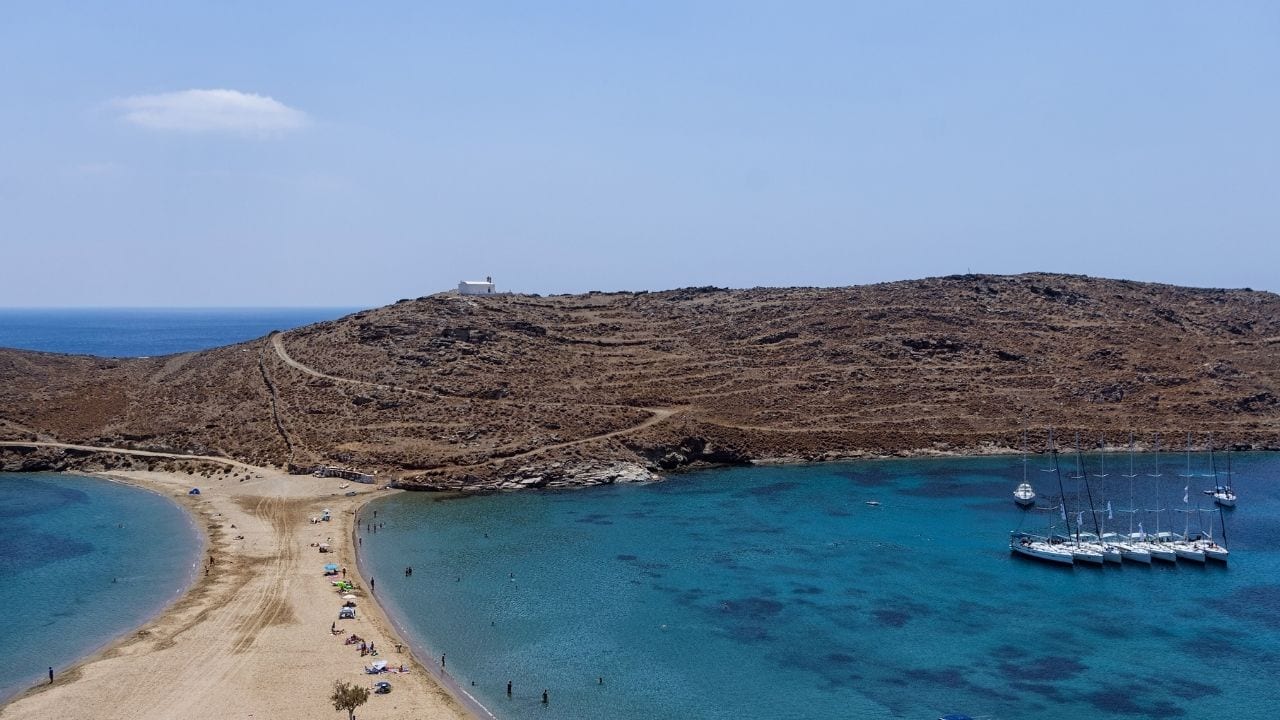 There is no airport in the Greek island of Kythnos, and also no direct ferry from Mykonos. This means that the only way to travel between these two Greek islands in the Cyclades is by going via another island first.

The logical choice here, is to go via Syros. As the administrative capital of the Cyclades, Syros has connections to most of the other islands in the chain, including Kythnos.

The Mykonos to Syros ferry takes around 50 minutes so it's a very quick journey. There are normally two or three ferries per day in the summer.

The slight drawback comes in that there are only two or three ferries per week leaving from Syros to Kythnos. This means that you will have to be pretty selective on your dates of travel.

In most circumstances, you'll probably need to plan on staying at least a night in Syros.

A few travel tips for visiting the Greek island of Kythnos:

How to go to from Mykonos to Kythnos FAQ

A few common question about traveling to Kythnos from Mykonos include:

How do we get to Kythnos from Mykonos?

Is there an airport in Kythnos?

There's no airport on the Cyclades island of Kythnos, with the closest one being in Athens. The only way of traveling to Kythnos is by ferry.

How long is the ferry crossing from Mykonos to Kythnos?

As there is no direct ferry between Mykonos and Kythnos, the overall travel time is difficult to determine. The ferry from Mykonos to Syros takes around 50 minutes, whilst the Syros to Kythnos ferry takes around 2 hours and 25 minutes. The waiting time in between ferries will depend on available connections on your day of travel.

I find that the Ferryhopper website is the best place to book ferry tickets online, especially when there are two ferries involved in getting from one place to another. Although I think it's better to book your Mykonos to Kythnos ferry tickets in advance, you could also use a local travel agency in Greece.

As there are no direct ferries between the Cyclades islands of Mykonos and Kythnos, you'll need to check sailing schedules of ferries to other islands in order to plan this ferry trip. I recommend using Ferryscanner to work out how to best get from Mykonos to Kythnos. However, what I would suggest is considering another island to visit after Mykonos instead, unless you have a specific reason to go to Kythnos.

If this route looks like it may not be as convenient as you hoped, there are plenty of other islands you can visit after Mykonos. Here's a few suggestions: 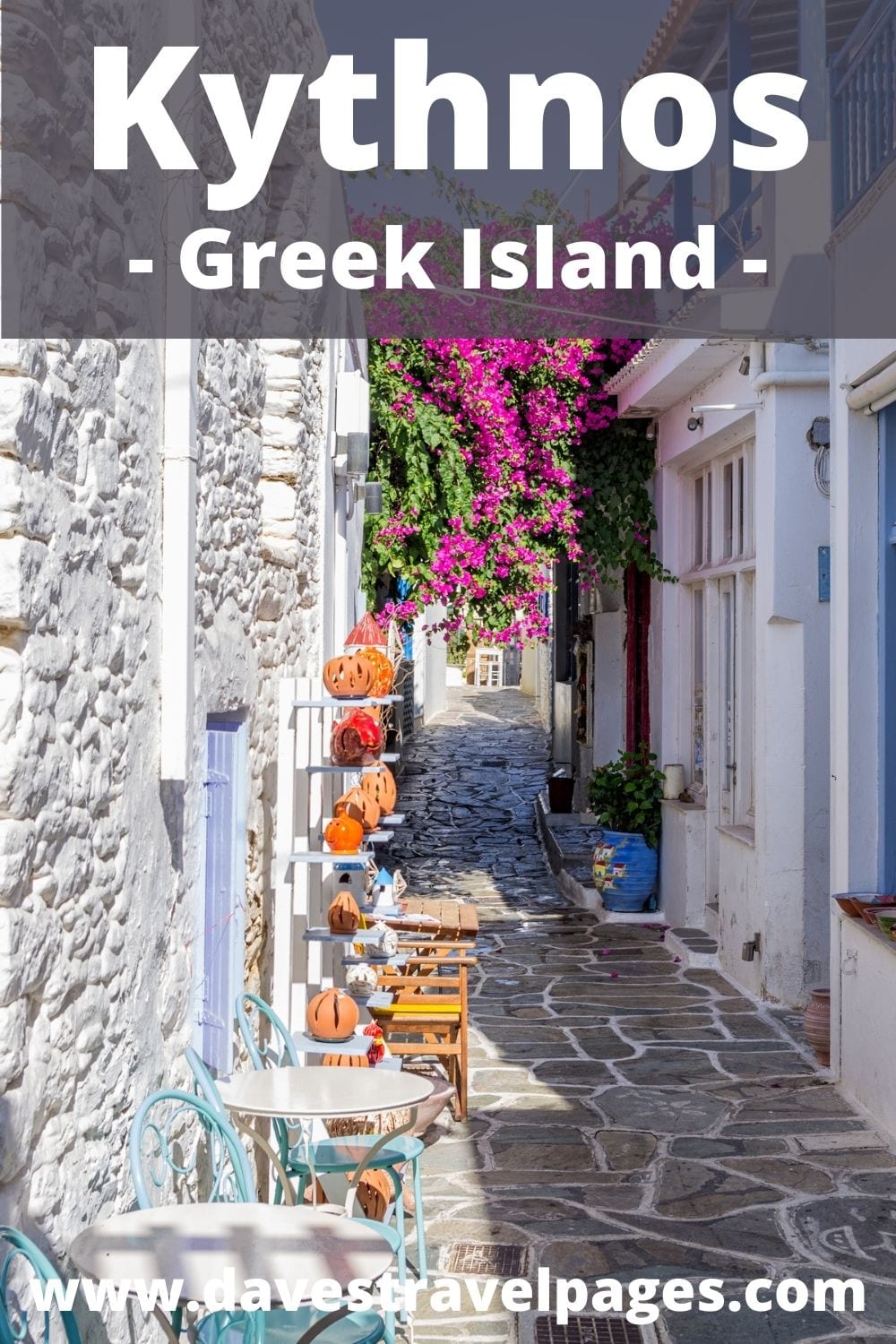 – Dave Briggs
Dave is a travel writer who spends his time traveling around and writing about Greece. In addition to creating this travel guide on getting from Mykonos to Kythnos island, he's also written many more travel blogs about destinations in Greece. Follow Dave on social media for travel inspiration from Greece and beyond: