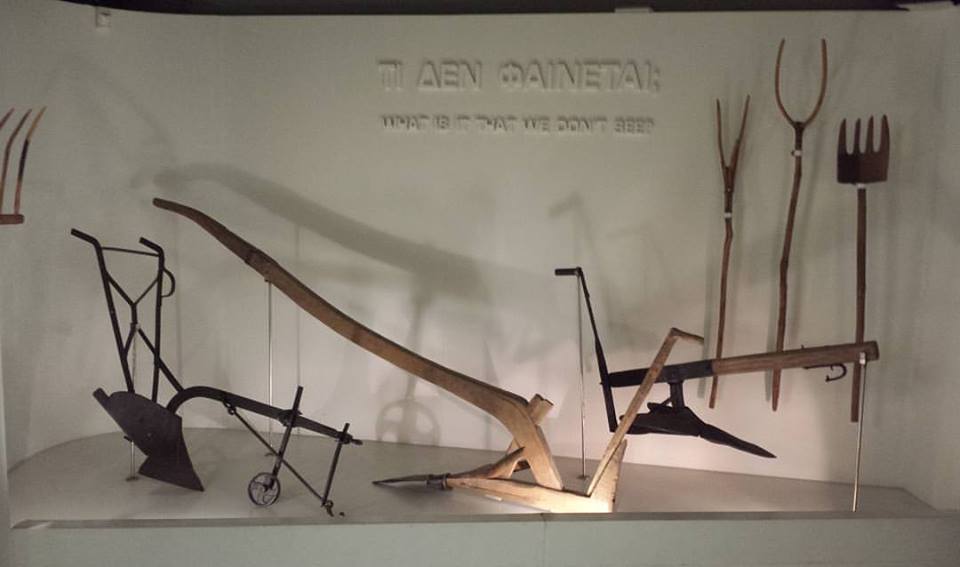 The project I set myself to visit and write about all the museums in Athens is proving to be quite a journey. I've discovered places that even the locals haven't heard about, and walked around some truly world class museums.

I have also learnt, that the idea of making information about some of these places available to tourists, has never occurred to the Greek tourism board. Or the Athens tourism board. In fact, I am not entirely sure these boards even exist!

This was certainly the case when I found out about the Museum on Panos Street. It wasn't through an official website. It was through a chance conversation in The Museum of Greek Folk Art Gift Shop. A shop which isn't attached to a museum at all, and is tucked away down a Monastiraki side street.

The Museum on Panos Street 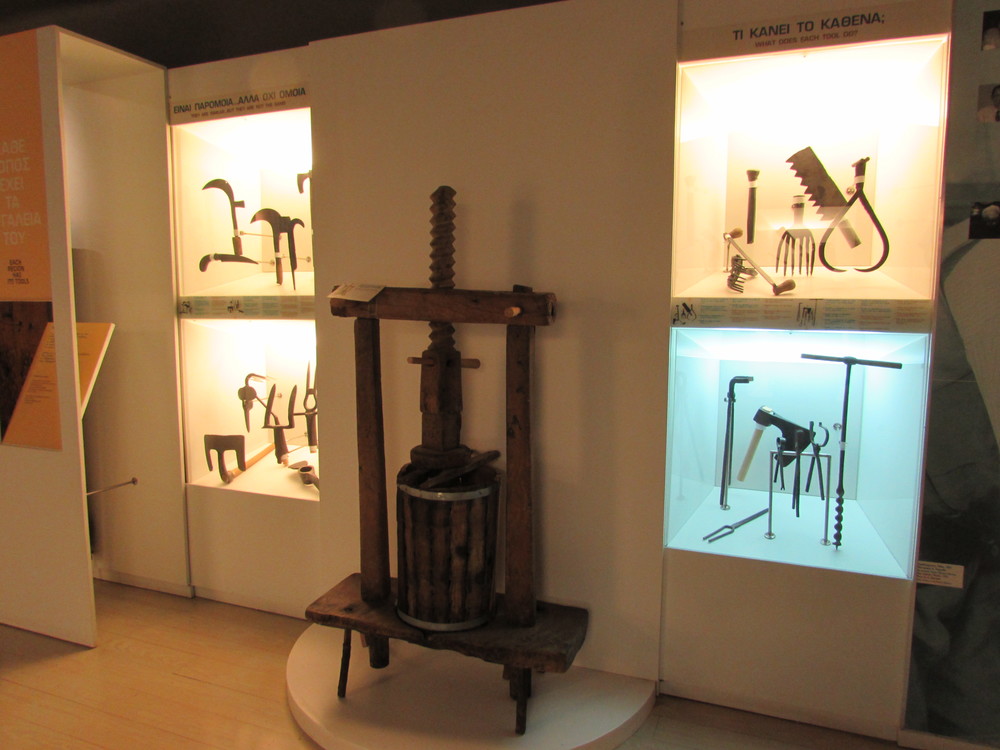 Anyway, I digress. Let's get back on track! The Museum on Panos Street is one of the buildings run by the Museum of Greek Folk Art Organisation.

It has a permanent exhibition and theme, entitled Man and Tools. There are over 300 objects on display, and these were donated by the Society for Ethnographic Culture. 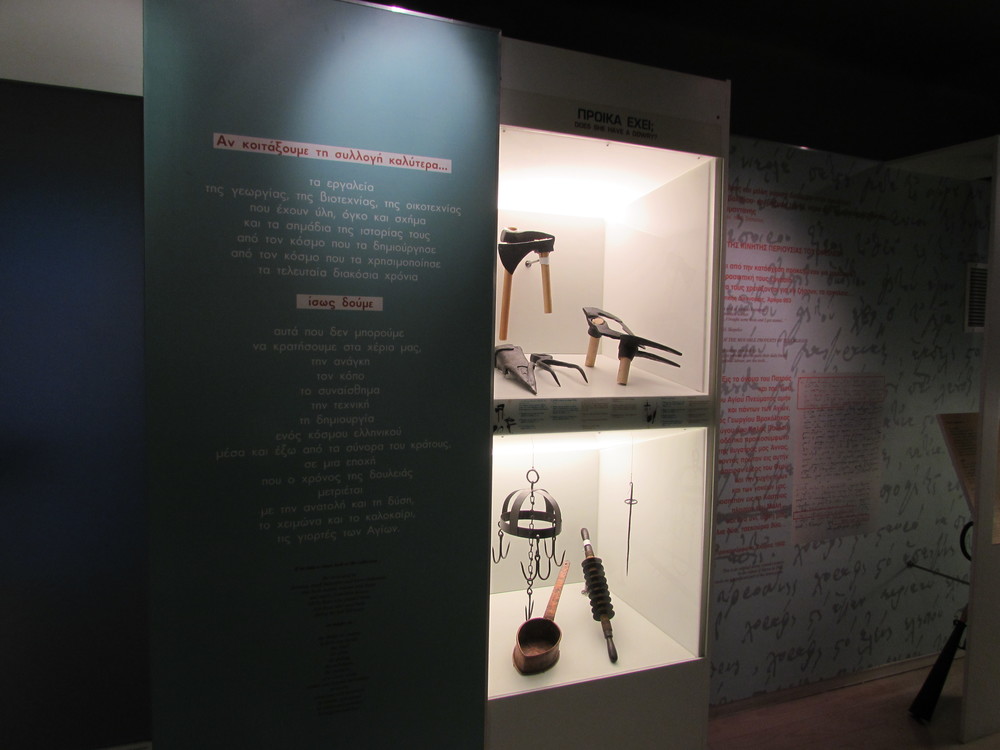 The collection itself focuses on pre-industrial age tools. The displays are all clearly marked, and well lit. Some of the old tools were fascinating, and guessing what they were used for before reading the description was a lot of fun! 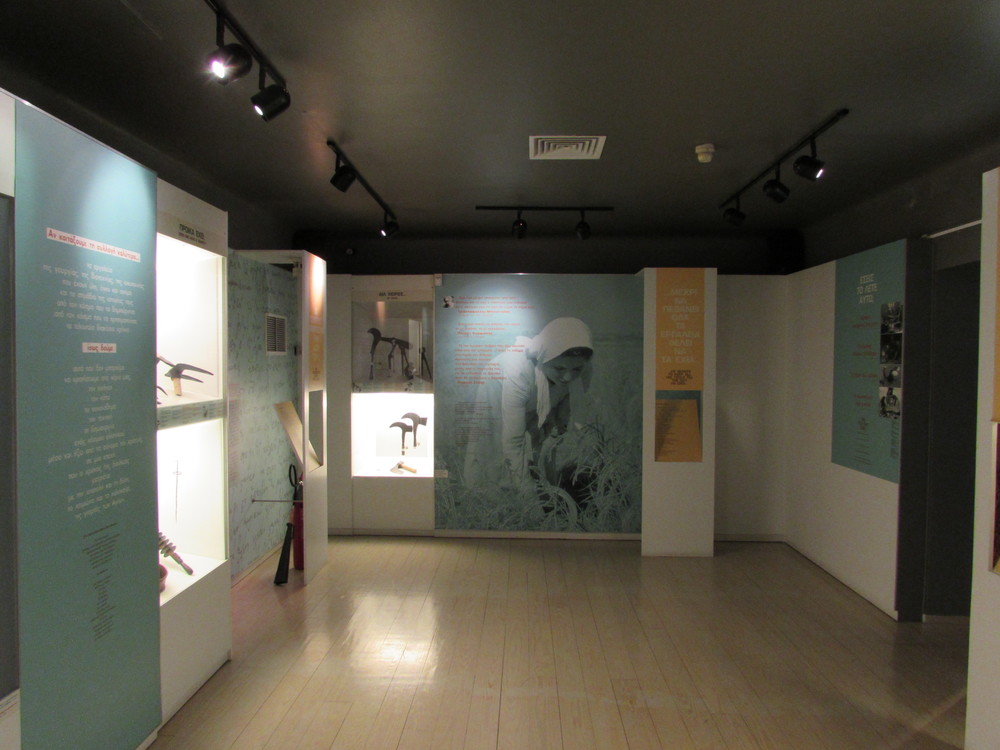 I found the museum to be extremely interesting on many levels. Firstly, it gave me an appreciation of just how man has used and developed tools over the ages. General tools became more purpose specific. Wooden tools gave way to tools made from metal, and so on. 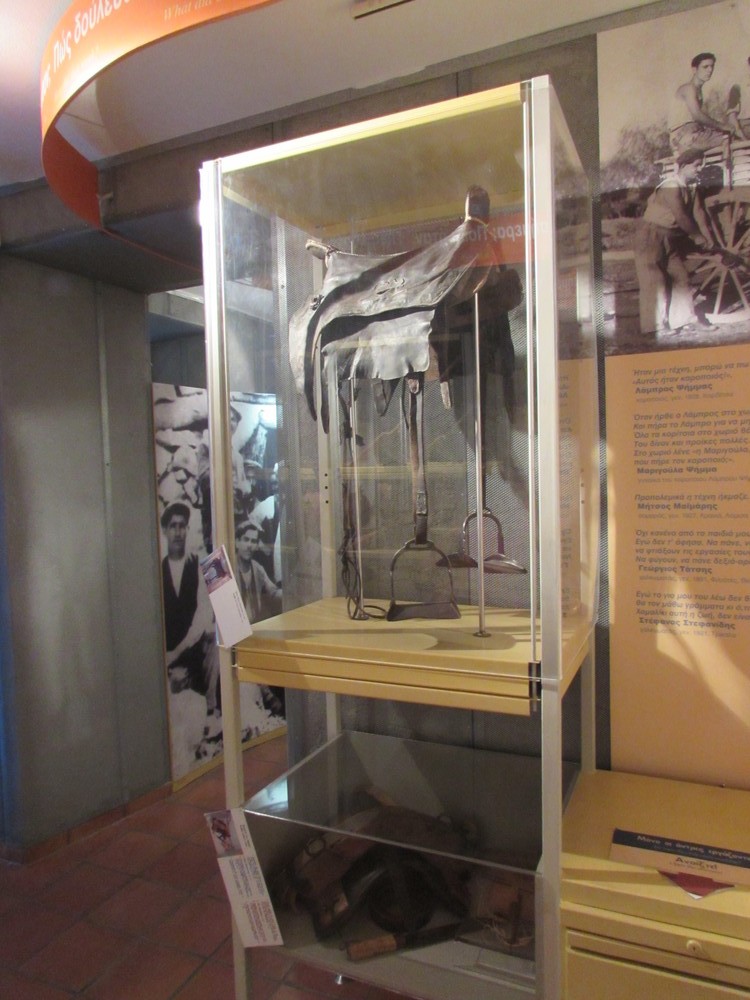 It also helped to highlight the link between tools, and craftsmanship. There were several displays highlighting what was involved for apprenticeships in certain professions.

For example, a millers apprentice would work for 4 years for very little pay at all. At the end, he would be rewarded with his own set of tools, with which he might start his own career.

A quality set of tools might also be passed down from father to son, if the son shared the same profession. 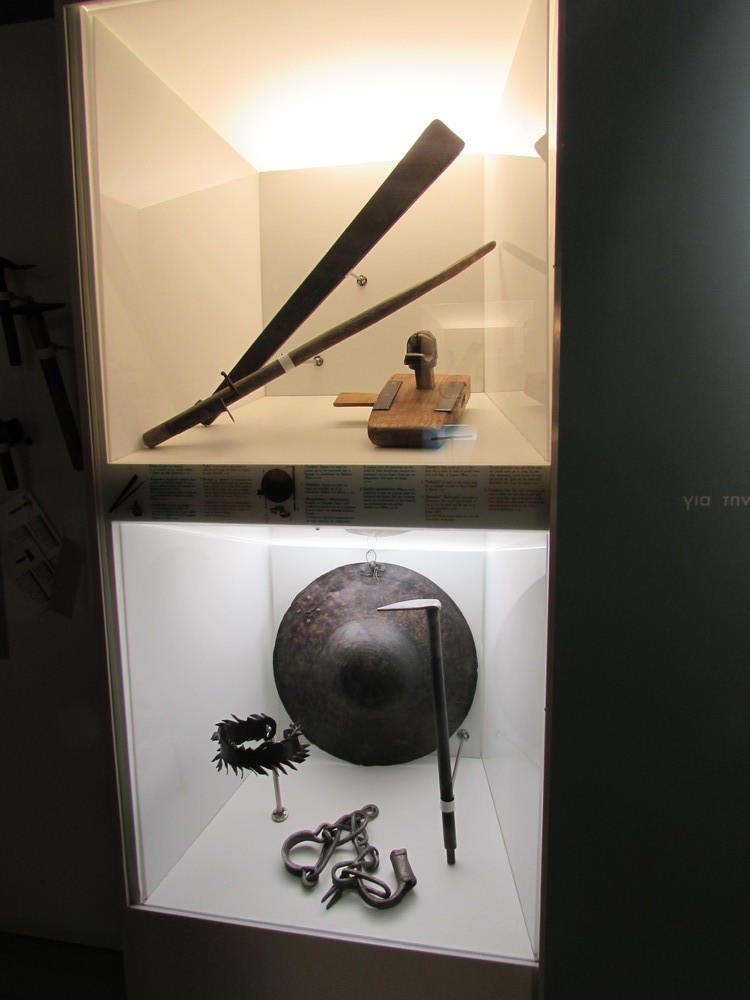 This also made me realise just how quickly true craftsmanship has disappeared from Western society. Of course, there are still people who know how to blow glass, or forge metal, or make leather shoes by hand. But there are very few of them.

It also got me to thinking that it is not only the tools which are important in craftsmanship. It is the knowledge. If the knowledge dies out, because a generation has no need to learn how to make barrels by hand for example, then it is not only a craft which becomes lost.

It is hundreds, or even thousands of years of accumulated and passed down knowledge contained in mind and muscles, which will be lost forever.

So, if you are in Athens, visit the Museum on Panos Street. It is a good place to spend a little time, and reflect that in this modern age where we ‘know' so much, we have in fact forgotten much more.

Information about the Museum on Panos Street

The museum is found at 22 Panos Street. It isn't particularly well marked, so hopefully the photo below will help you identify which building it is!

The closest metro station is Monastiraki.