We discovered the Museum of Gramophones and Radios in Karya, during our recent holiday in Lefkada. An interesting place with an incredible personal story. 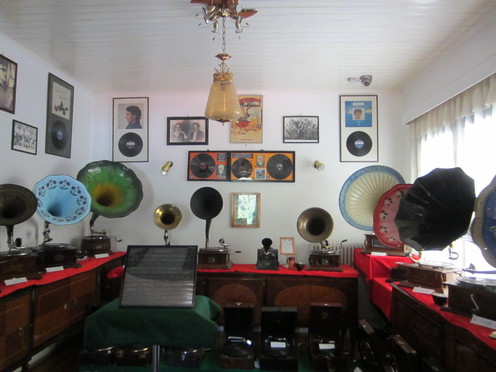 We discovered the Museum of Gramophones and Radios in Karya, during our recent holiday in Lefkada. It was a bit of a lucky find, and we both found it to be a remarkable place.

You could really see that the work of a lifetime had gone into collecting and repairing the gramophones and radios on display. There was also an incredible personal story attached.

When we got back to Athens, the Mrs decided to do some further research into the museum. Over to Vanessa then, and her first guest post on Dave's Travel Pages!

The Museum of Gramophones and Radios in Karya, Lefkada, Greece

Lefkada is an island in the Ionian Sea, between mainland Greece and Italy. It is mostly famous for its long, sandy beaches, and its amazing sunsets and views of the Ionian sea

Compared to most other Greek Islands, Lefkada is very green, and offers some landscapes that are rather unusual for Greece. There are also a couple of mountains over 1,000 metres high, where you can find some nice little villages.

Our favourite village on the whole island was Karya, and not just because of the huge salads. 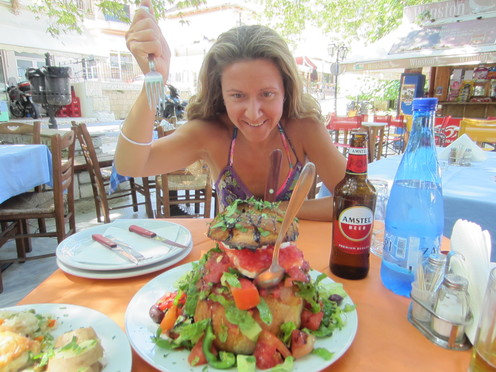 Just as we entered Karya, we noticed a small sign, informing us about a museum of gramophones and radios. Something about this rather amateur-made looking sign drew us closer.

I personally hadn't seen anything similar on my travels. While we are not really huge fans of antiques, we thought it might be interesting.

We went up a half-finished staircase, and walked in a small carpeted hallway. The first thing we saw was a jukebox, and then a door leading to a bigger room, which was full of gramophones.

A female voice said “Yiassas, kalossirthate” (“Hello, welcome”). The lady was barefoot and possibly in her 70s. “I apologise, I had to walk a lot today and my shoes hurt me. Let me show you around”. 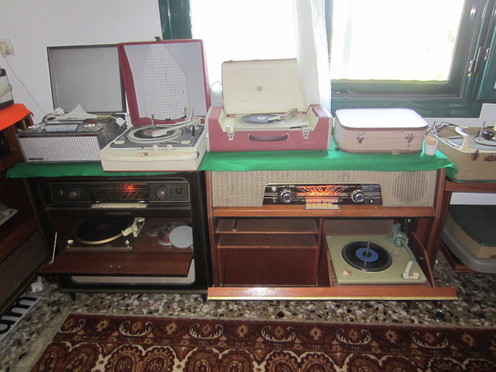 We soon found out that the museum had its grand opening  in July 2015, and therefore we were some of its very first visitors. The lady's English was balanced by her enthusiasm for the museum's collection.

Soon enough we knew a lot of things about gramophones, radios and all early forms of sound reproduction. Her husband, Mr Hristos Vlahos, had started collecting similar items in 1962, and he continues to these days.

All of them are in perfect condition, as Mr Vlahos has become an expert in restoring them. 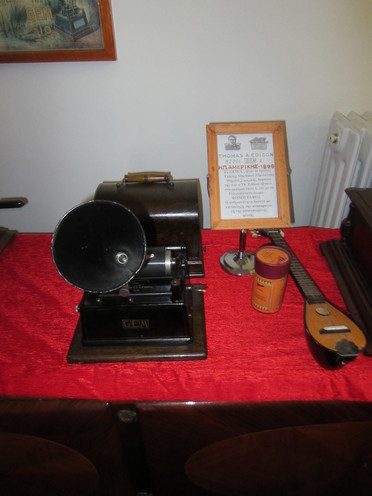 We saw the first gramophone ever produced by Thomas Edison, and a gramophone record with an Eleftherios Venizelos’ speech about 100 years ago.

There was also an amazing collection of radios of all sizes and forms. We even had the chance to use a 10-drachma coin to play an old Rebetiko song in the jukebox. “Πού να βρω γυναίκα να σου μοιάζει”

On the walls of the Museum of gramophones and radios in Karya , there were several pictures of old rebetika singers. Some of these legends, such as Vamvkaris, are no longer alive. There were also photos of famous Greek singers, before they became household names. 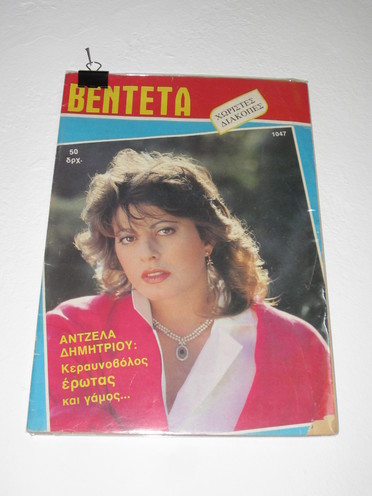 Our lovely hostess explained that Mr Vlahos always dreamed of opening a Museum of gramophones and radios in his home village of Karya. Showcasing the items he had been collecting over the years, was the dream of a lifetime.

However, running the museum full-time is definitely not easy for two pensioners. The time and energy needed to run the Museum from 10.00 to 22.00 daily, would be draining for anyone.

Moreover, the museum is funded entirely by themselves. They are currently renting the building, and the fee of 3 euro is possibly not enough to maintain the cost. 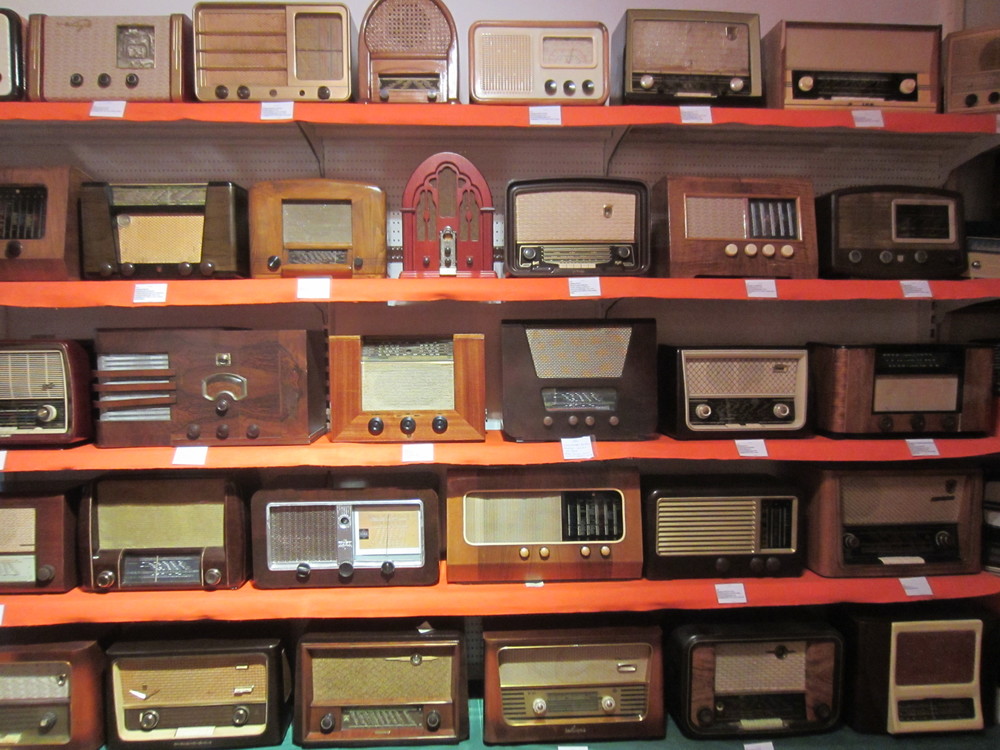 In this, Mr Vlahos explains how collecting such items was his passion since he was very young. He talks about the museum in greater detail below.

He also expresses his hope that some organisation will help him maintain the museum. If you don’t speak Greek, you can still get an idea of the amazing collection!

Both Dave and myself have been to several museums in Greece and abroad, but this one really stuck out, as it was created with love and passion.

We would like to wish Mr Vlahos and his Mrs best of luck. We will definitely go back to the Museum of gramophone and radios if we pass by Lefkada again! 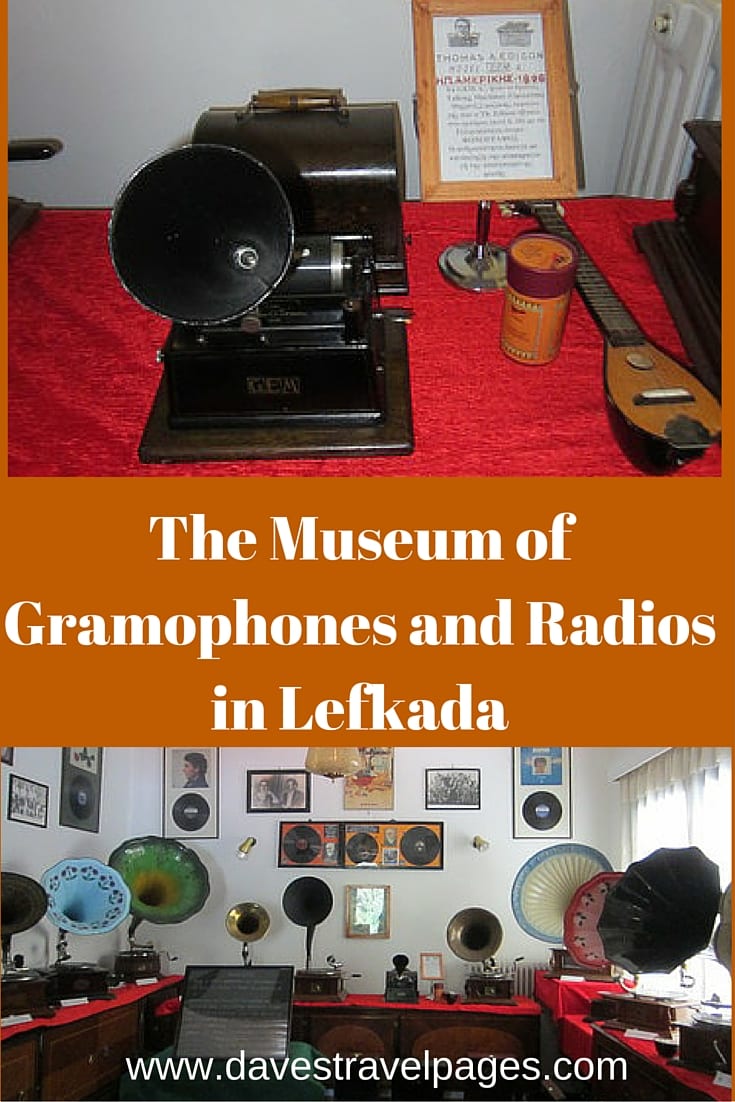