During a bike tour of nearly 18 months from Alaska to Argentina, I took a few days off from time to time. This bike touring blog update covers my two weeks off in Mulege, Mexico.

Apologies for not updating for a while, but I didn't really have a great deal to write about these last two weeks, and here's why.

I had always planned to take some time off in Baja should the opportunity arise, and after meeting Bill, a Warmshowers host, we came to an arrangement whereby I rented a room at his house for two weeks.

This suited us both, giving Bill some extra cash, and myself a nice place to relax, do nothing, watch TV, use the internet and generally veg out. In fact, what it was, was a vacation!

Two Weeks Off The Bike

Now, it might seem strange to people that I should have a vacation away from a vacation, but after four months on the bike, I needed a break, both mentally and physically.

It was good to recharge the batteries, have a few beers, get to have a deeper look at life in the town, and not be on the bike.

In fact the most energetic thing I did was the daily walk up to the Mission in Mulege with Bill! 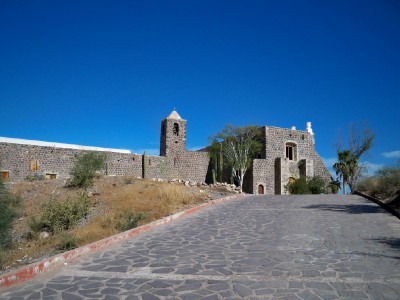 I also did a bit of work on my various websites – living the laptop lifestyle in full!

Because of the way the search engines index things, I won't really be able to tell if it had any effect for a  while, but at least I felt I was being productive!

I also added two features to this site. One, is Where is Dave which is a Google map which shows my last recorded location. You can zoom in, change the view from map to satellite and more with the interactive map, so why not spend a bit of time seeing where I have been!

The other project I have been working on with this site, is to try and install a Google Wave on a page, and use it as a more interactive guestbook.

The best way to describe Google Wave, is as a cross between email, messenger, twitter and facebook. I have embedded the wave into Wave Guest Book, where it works temperamentally (due to Google, not myself I might add!).

If you do not have a Google Wave account, I have some invites to give out, so send me an email at dave@davestravelpages.com and I will send you an invite asap.

If you don't have Google Wave, its not going to be visible for you, sorry! I'm not sure how useful this Google Wave feature will be for the site, but i won't know without trying.

In the evenings, a few beers, and occasionally a meal at El Patron were in order. 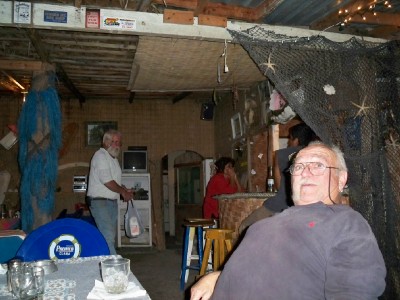 Bill is a great guy, and I am glad I had the chance to get to know him better. He's keen to bring people into Mulege, and is a host on both Warmshowers and Couchsurfing. That's him on the right in the picture above.

And so that basically sums up the last two weeks – Nothing spectacular happened, and it was the perfect vacation!

I will set off from here on Friday 04 December and resume my journey southwards. I have a rough route planned out for the period up until Christmas, where it appears I will end up in the town of Tequila…. What are the odds!!!