I'd been cycling in Ecuador for nearly two months, but today, it was time to cross the border into Peru. My blog entry from cycling Zumba to Namballe over the border. 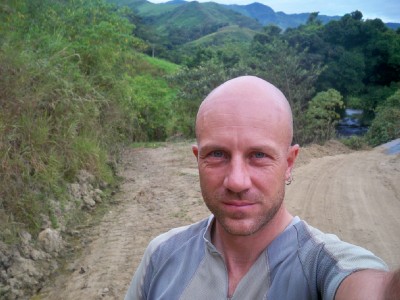 Cycling to the Ecuador/Peru border

Only a short day in terms of distance cycled, but it was still hard work in places, and due to delays at the border, it was 16.30 when it was all over.

Again, the weather held good for me, as I hit the road, and straight into a 300 metre drop spread out over just 4.5 km.

The descents are really jarring on the body as I bounce over loose rocks, embedded boulders, and gravel, whilst also hand numbing, as I grip the brakes for almost the entire downhill section.

I have to break every five or ten minutes in order to release the cramp in my hands, and to let the brake blocks and rims cool down.

What goes down must go up

Cycling seems to be the opposite of Newton's law, which states that what goes up must come down, although does hold true to every action has an equal and opposite reaction.

In this case, what went down, must go back up, and I was soon sweating as I trudged slowly uphill for 300 metres and 4.5 km. A great time for the local humidity to rise, as I cycled over inch thick dust covered limestone rocks and gravel.

Another 4 km drop followed, and I was in the tiny settlement of El Chorro far earlier than I had thought I would be, although I was to be disappointed on the getting any breakfast in front.

From El Chorro it continued downhill for who knows how long, and I was able to see the path that I would soon be taking back upwards again on the opposite side of the valley. 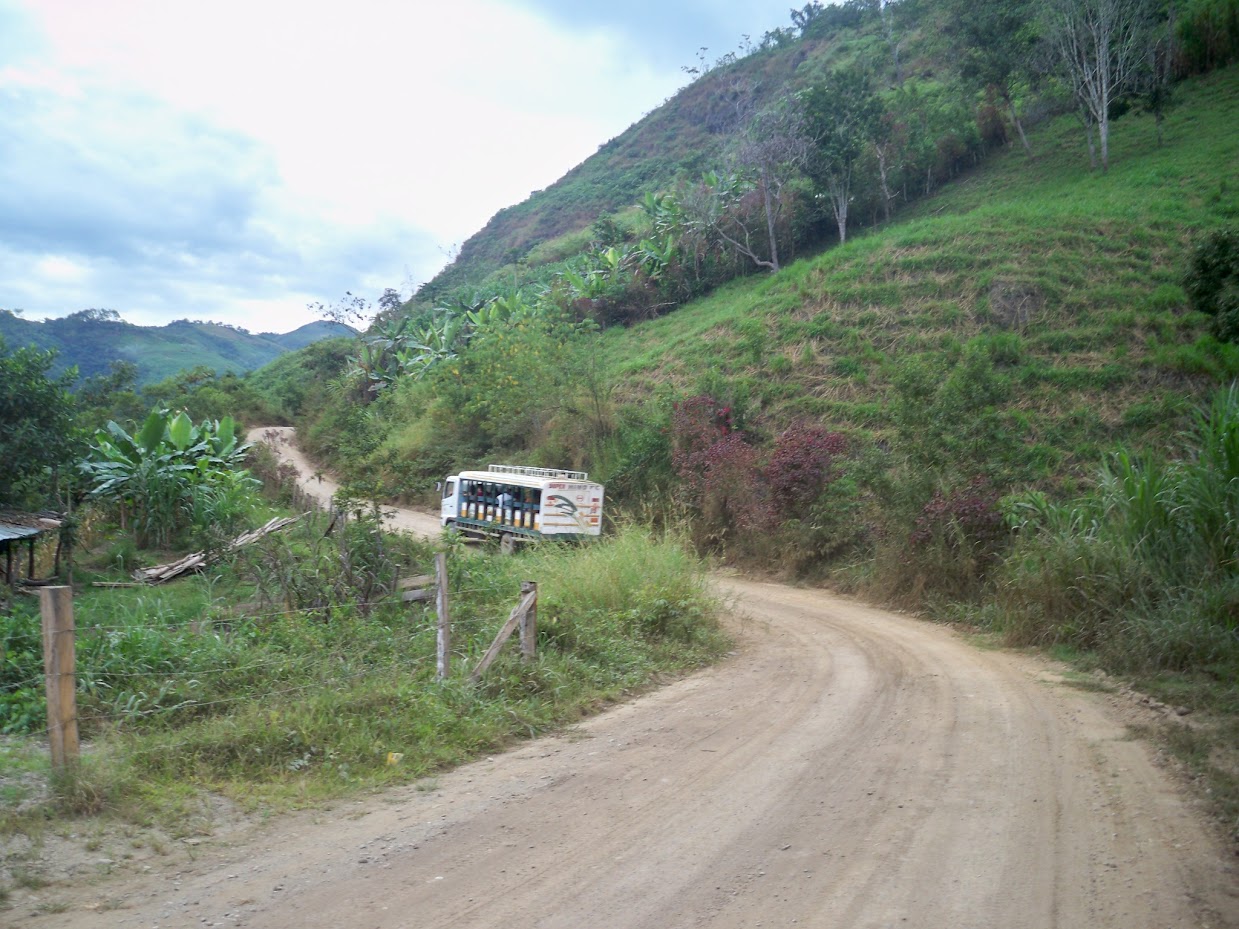 A final challenge cycling in Ecuador

Crossing a small bridge, a tough 250 metre climb followed, whose switch backing corners seemed designed to sap my strength. Bad news if I stopped on any of them, as it was far too steep to get the bike moving again, and I would have to push the bike with trailer for some metres until I could get back on once more.

I was waved through a military checkpoint at the top of this, and turning right, I could see the next short, sharp section, which rose 100 metres in only one km.

A nice average of 10% gradients would have made life easy for me, but obviously not for the road builders, who decided that they needed a 400 metre section at 20% with no breaks right at the end.

I tried to get up as far as I could before stopping, but stopped far short of the top, and when I wanted to get going again, getting the bike moving was impossible, as the rear wheel would spin on the spot every half turn of the pedals.

Time to push again, which is in no way easier than pedalling, but I got to the top half a litre of sweat and every known swear word later. 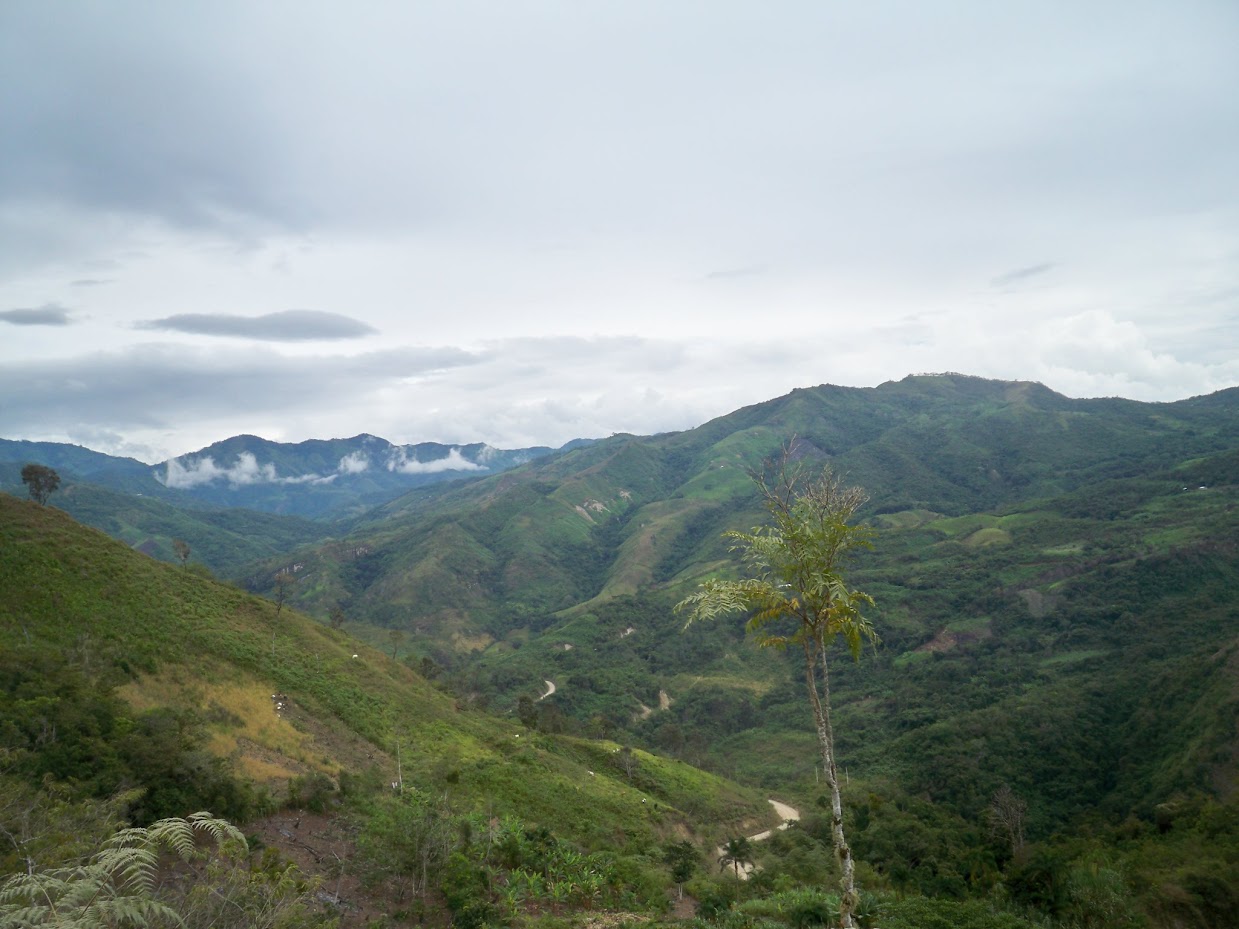 That was end of the days climbing, and then followed a 7 km drop during which several stops to cool the brakes and my hands were needed.

Around and down it went until I could spot the border town of Bolza just below me. Border formalities on the Ecuador side were straight forwards, and I also swapped 40 dollars there for Peruvian Soles. The exchange rate is 2.8 soles for 1 dollar. 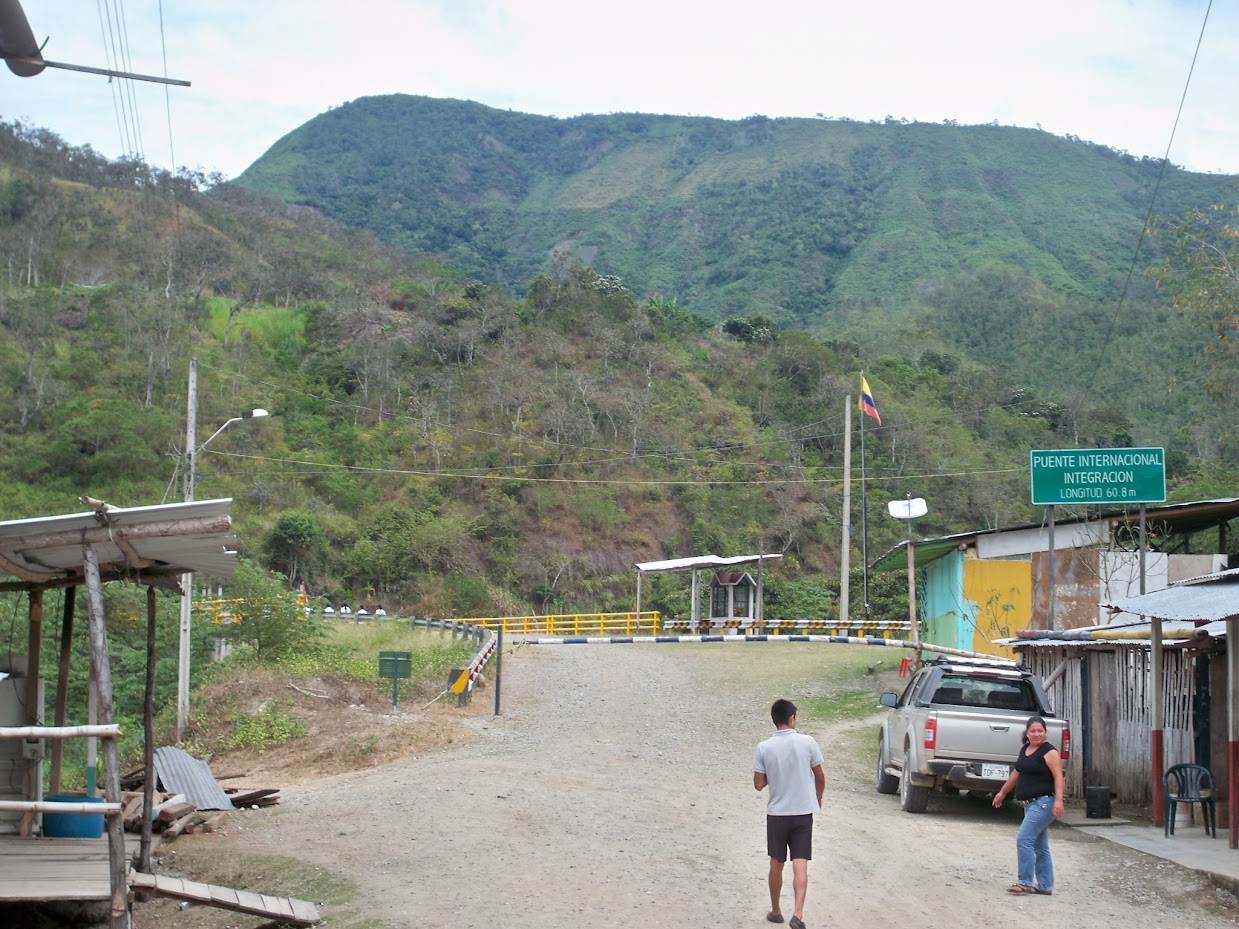 Cycling over the bridge, where some school kids were having marching practice, my introduction to Peru was one of delays.

Migracion was easy to find, and the girl inside gave me a form to fill out, and told me to go to the police office. That’s where the delay began, as it turned out, that the police official was the one instructing the kids on the bridge. 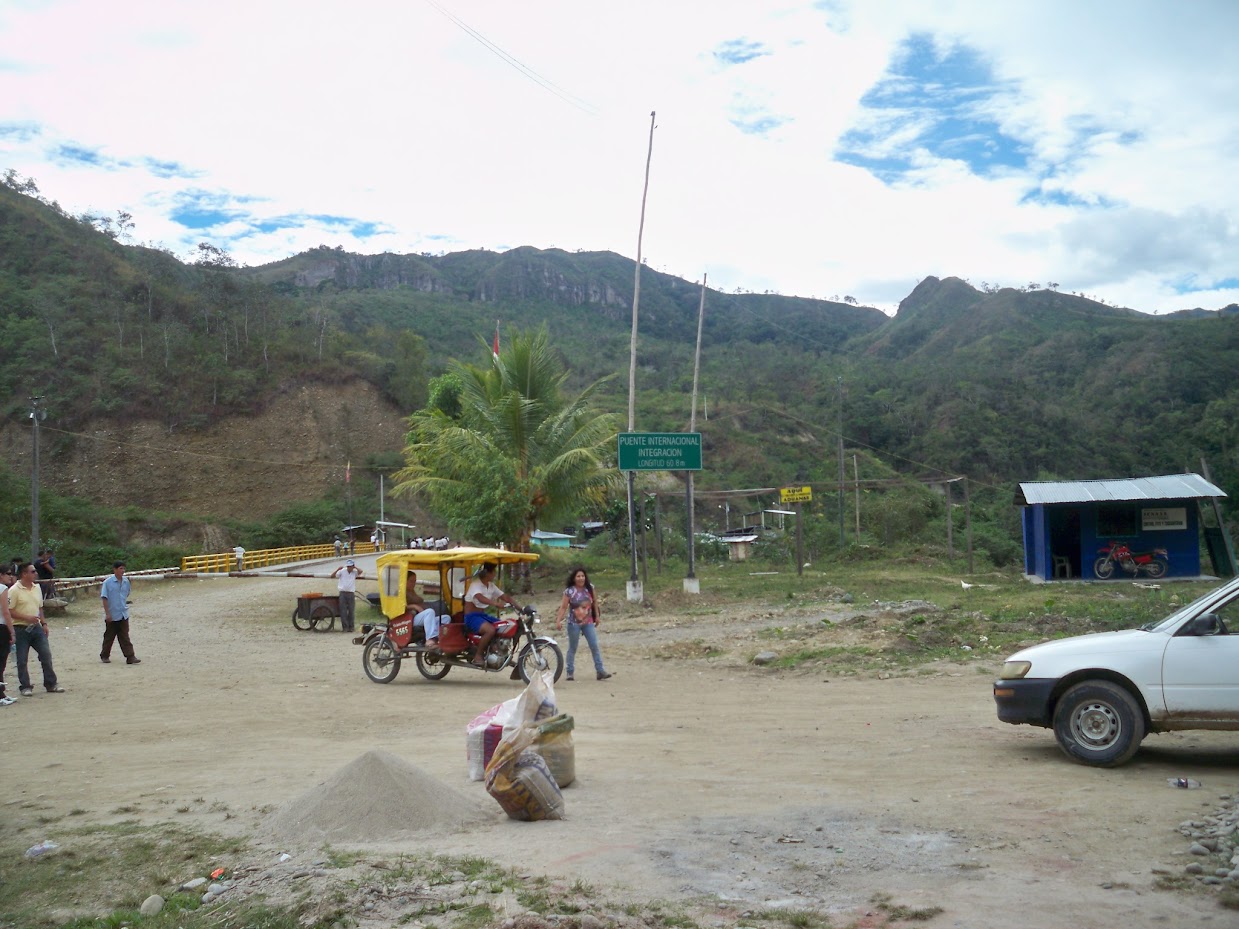 No problem, I’ll get some lunch. Feeling well fed, I got my two stamps from the police guy, and returned to the migracion building to find it closed. Te-fucking-rrific.

I decided to have a coke in another restaurant, and asked them what time the migracion was open again. 16.00 came the reply.

As it was 12.00, that wasn’t really what I wanted to hear. There then followed some of the most boring hours of my life, until the girl showed back up early at 15.30.

“But why didn’t you come to my house? Everyone knows where I live and I could stamp you in there” she said.

“Maybe because no one told me, and my psychic powers are a little below par today?” I replied, although I feel that the sarcasm may have been lost in translation.

That said, she gave me an entry visa for 180 days which was very nice of her.

With that finally out of the way, it was time to cycle the 6 km to Namballe, and although the gravel road hadn’t seen a grader for a few months, at least there were no super crazy angles.

There’s not much to Namballe, but I found somewhere to stay with no problems. A bit of bicycle cleaning in the room and tuna sandwiches for dinner, and an early night.