In this guide on choosing the best pedals for bike touring, we compare SPD pedals, flat pedals, toe clips and other styles of bike touring pedals. 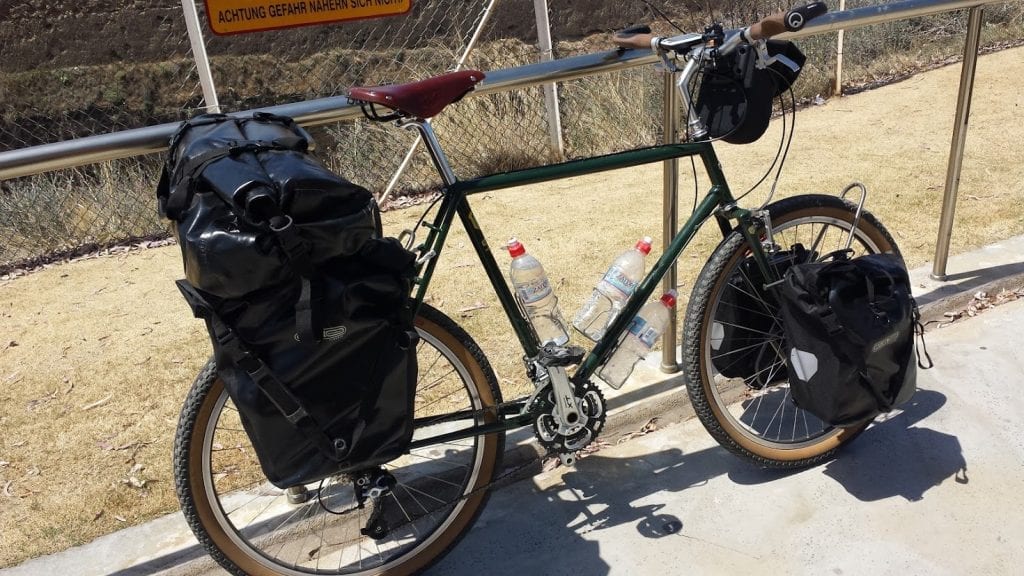 What are the best pedals for cycle touring? As with almost everything to do with long distance bike touring, it is going to come down to personal preference.

Each style has their advantages and disadvantages, depending on what type of cyclist you are or what type of bike tour you want to do.

After many years of riding all over the planet, I've decided that the Shimano PD-M424 SPD Pedals are best for me.

This is because I can clip in with my SPD touring shoes for cycling efficiency, but also ride unclipped if the terrain is a bit dodgy to ride clipped on my touring bike.

These pedals have also lasted thousands of kilometres of cycling! 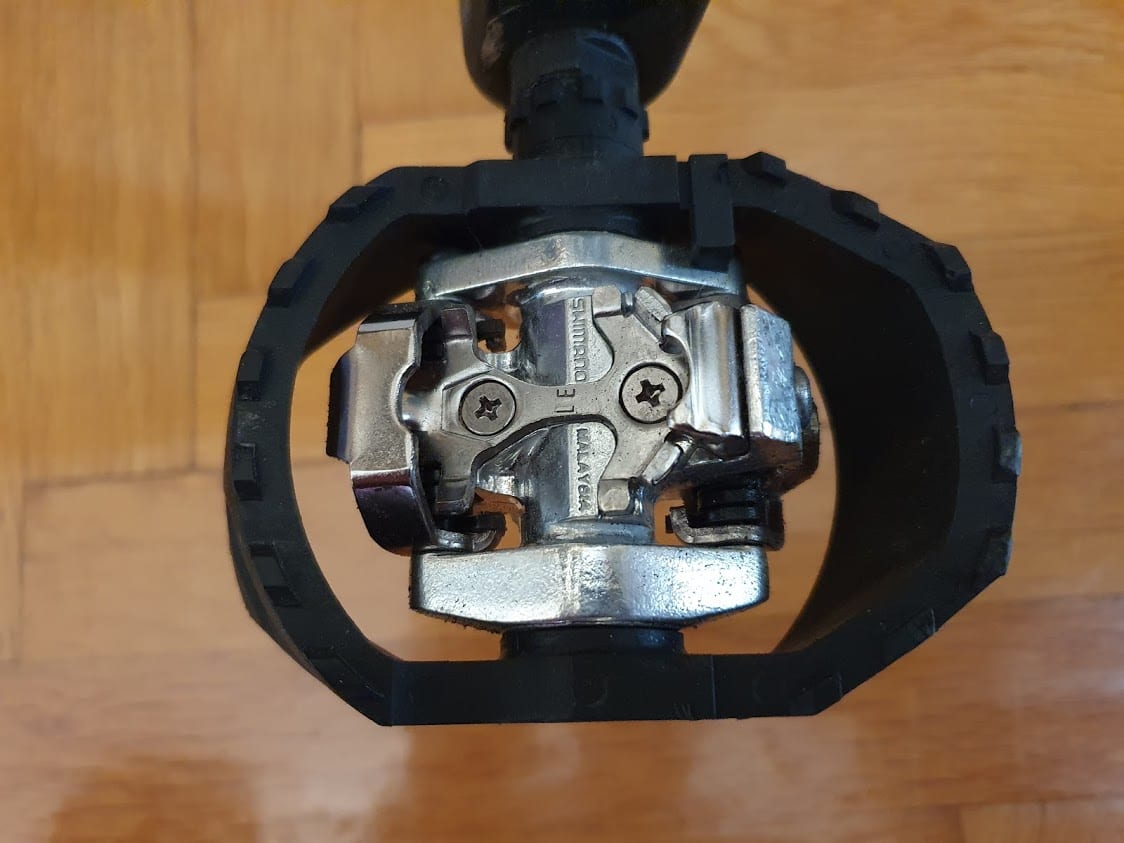 Additionally, I can ride the bike without any special cycling shoes at all if I choose, as they perform perfectly well as platform pedals.

I'll give a quick review of the Shimano PD later in this guide to bike touring pedals.

Types of Pedals for Bike Touring

If you're new to bike touring and bikepacking (or maybe even if you're not!), it's probably a good idea to have a quick refresher on what types of bicycle pedals are available.

There's also a few terms and questions you may have. Two of the most popular are:

Why are they called clipless pedals?

What does SPD pedals mean?

The initials SPD stand for Shimano Pedaling Dynamics which are type of clipless pedal used with recessed cleats embedded in your cycling shoes so you can quickly clip in and out. (See above definition of clipless pedal!)

Here's a quick description of each type of bike pedal.

These are the most common type of bicycle pedal, and ones that get installed on practically every ‘ordinary' bicycle. As you can deduce from the name, these platform pedals are flat, and you can ride them in a normal pair of shoes. 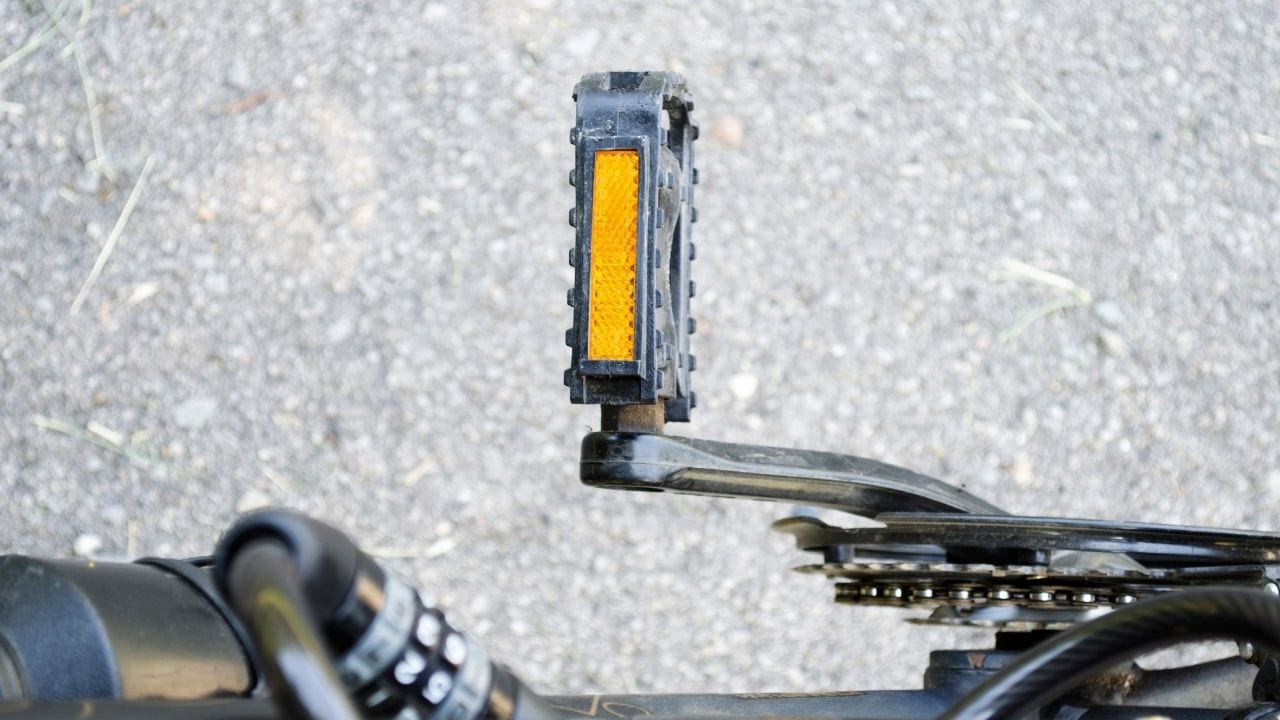 The pedal itself will be able to spin, meaning that you can use both sides of the flat pedal without really thinking about it.

Whilst this type of pedal is great for leisure cycling, local rides, or short distance commuting, it may not be ideal for long distance bicycle touring.

The reason, is that platform bicycle pedals do not offer much in the way of cycling efficiency, as there's no way to use the leg muscles on the upstroke of the pedal for extra power.

This might not be important for short weekend tours, but for longer bicycle tours, any gain in efficiency is welcome!

It's not all negative though – touring cyclists with knee injuries may prefer flat pedals, as you do not have to twist to get out of them as you do with SPD pedals. You also don't need to buy a special pair of bike shoes.

I've opted for a combination pedal for my own touring bike. I like being able to clip in with the cleat for long stretches of cycling, and then unclipping for steep gravel roads on my loaded bike.

The idea of falling off on a steep corner moving at 3 km per while still clipped into the bike doesn't appeal! 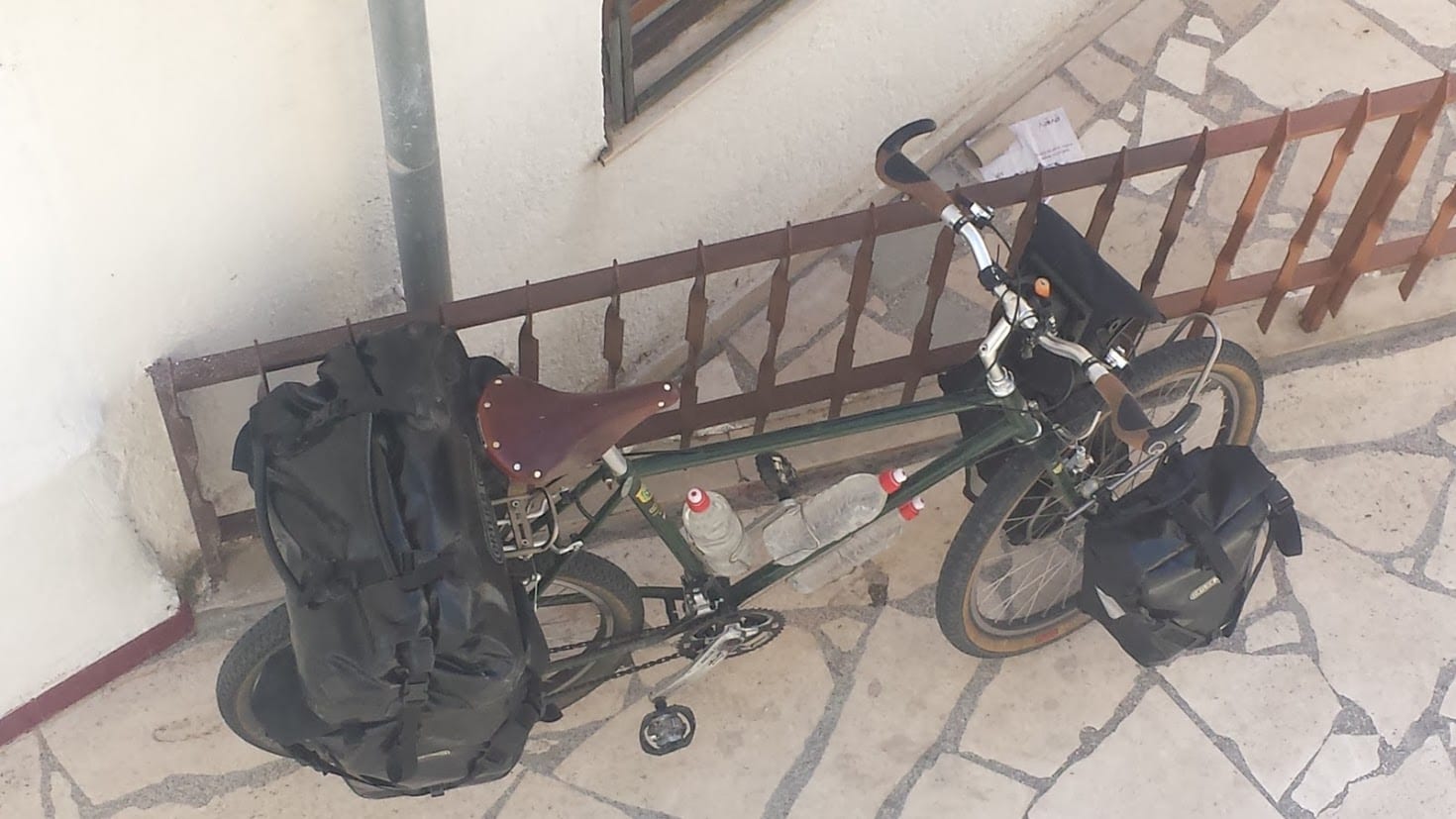 The SPD combination pedals also mean that I can use a non-cycling shoe if I choose, which is something I found useful when I used to commute to work on my bike in my work clothes when not touring.

The benefits of being clipped into these pedals mean that I can use more of my leg muscles as I pull up the pedal on the upstroke when riding.

This is more efficient, although I define efficiency in bike touring as saving energy rather than going faster! 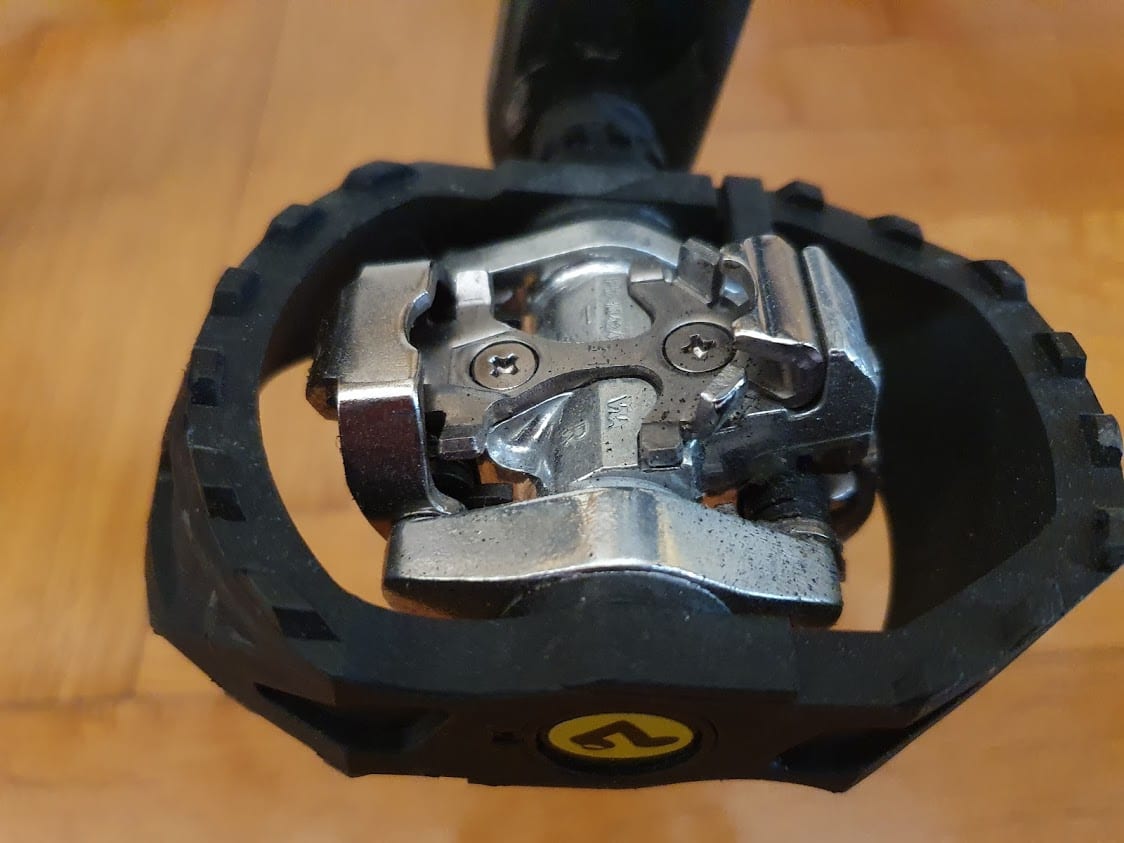 One note: There are different types of combination pedal available, and they are not all made equal.

My Shimano PD pedals are double sided, whereas others may not be. I consider this Shimano system to be the best pedals for bike touring.

These are most commonly found in the mountain biking world. As a lot of cyclists transition into bikepacking from there, you'll find double sided SPD pedals on some cyclist's touring bikes. 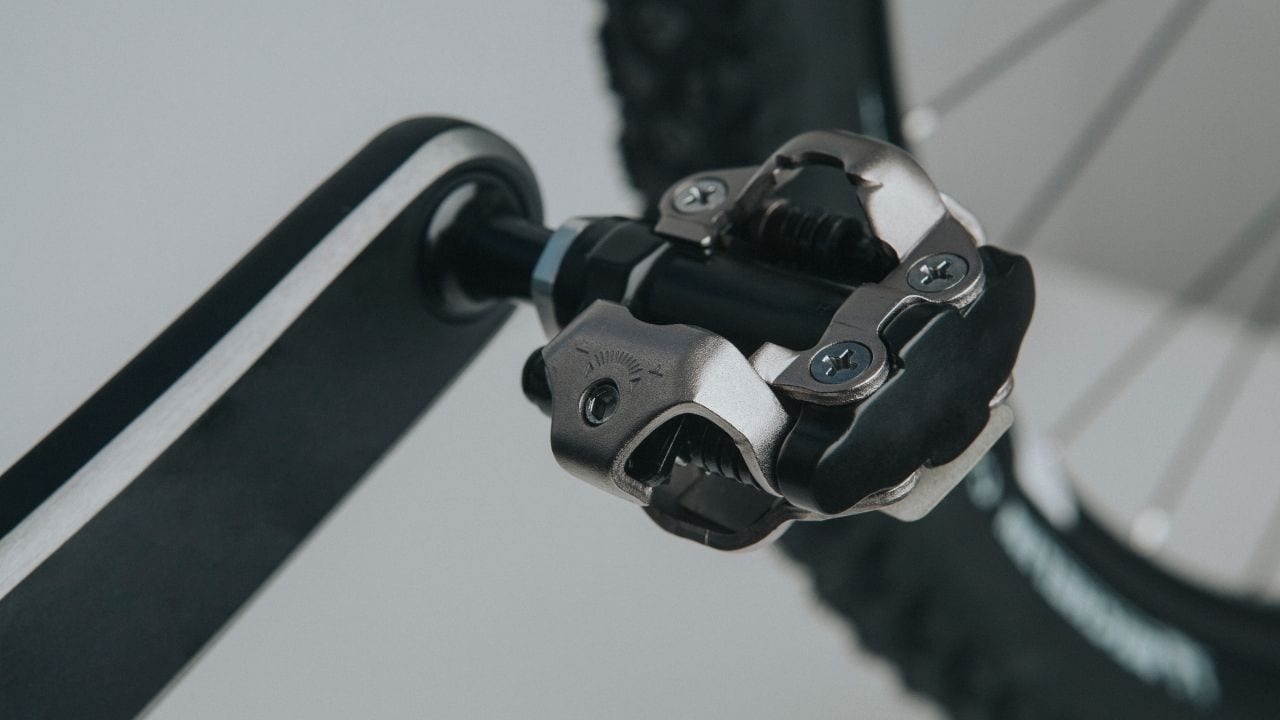 As with the combination style, SPD pedals allow the leg muscles to be used on the upstroke as well as downstroke. If you're used to them on your mountain bike, it might seem the obvious move to include them on your touring bike.

My observation here, is that sometimes it's nice to ride unclipped so you can stretch your legs on sections of road after a few hours cycling. It might not seem important now, but 5 hours into your 30th day on a bike tour you might appreciate it!

I actually started my first bike tour using toe clips! The reason behind this was that after landing in New Zealand, I bought a bike from a random bike shop to ride around the country, and it happened to have toe clips on the pedals.

As this was my first tour (I'd never ridden more than 20 miles in a day before this), I did all the normal things while using pedals with bike clips – falling off the bike at traffic lights, that sort of thing.

A month into the tour, and I was actually getting used to them. They helped a little with upstroke efficiency, and I was no longer falling off the bike clipped in!

Eventually though, the toe clips started to fall apart as the cage came away from the pedal body. I guess they weren't of the highest quality and I was putting too much pressure on them. I reverted to using just flat pedals and got on fine.

I'm not going to recommend any toe clip pedals or toe clips. In general, I think that SPD combo pedals are far better.

I'm also not going to recommend road bike pedals for bike touring. The reason, is that unlike SPD pedals, the cleats are not recessed, so you can't walk in the shoes off the bike. 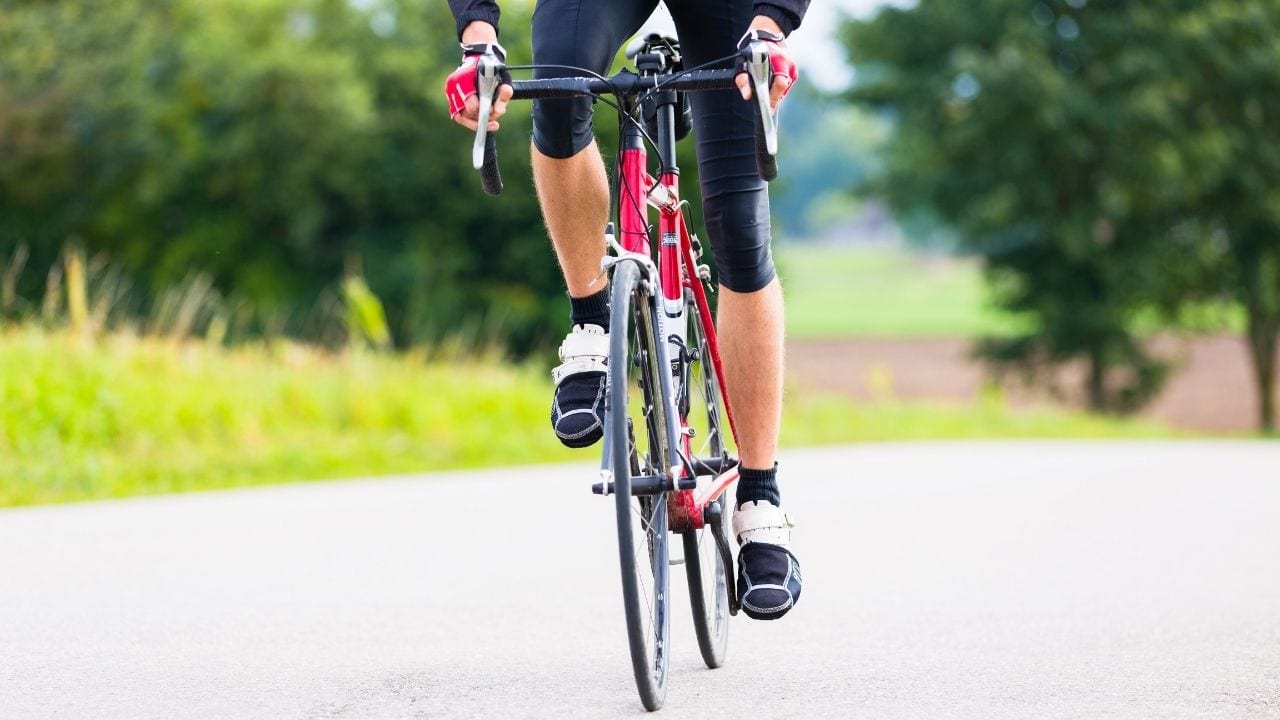 This is no good for touring, so my advice is to discount using road pedals immediately.

As mentioned earlier in this guide to bike touring pedals, I use Shimano PD-M424 SPD Pedals.

As with any sort of bike touring gear, I've used more than one pair of these Shimano touring pedals as gear needs replacing over the years. (I think my first pair of M424 trekking bike pedals lasted 5 years). 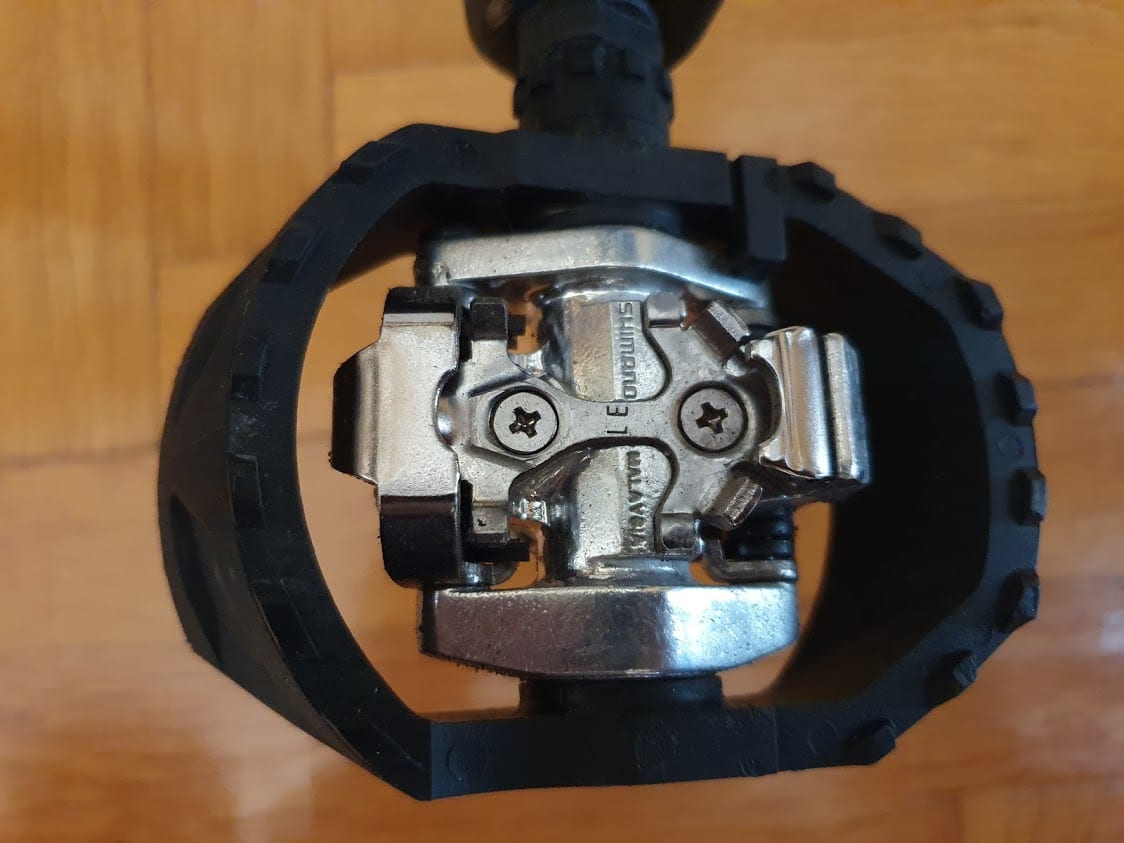 I really like these Shimano pedals, as they are clearly well built bust also have an elegant simplicity. One nice touch is that you don't need a pedal spanner to put them on. You can start to screw them in, and then from the other side use an allen key to tighten them.

In conclusion, there are a number of different pedals available to help you on bike touring. Choosing the best pedals for bike touring is not an easy task because there are so many types and styles available.

In this article, we've examined the different types of pedals that are best for bike touring and discovered that Shimano PD-M424 SPD Pedal are the best pedal for bike touring out there. Some other alternatives may be SPD combo pedals, toe clips, and road bike pedals.

If you appreciated this guide to the best pedals for touring, I'd appreciate if you could share on social media. You'll find some sharing buttons in the bottom right hand of your screen. 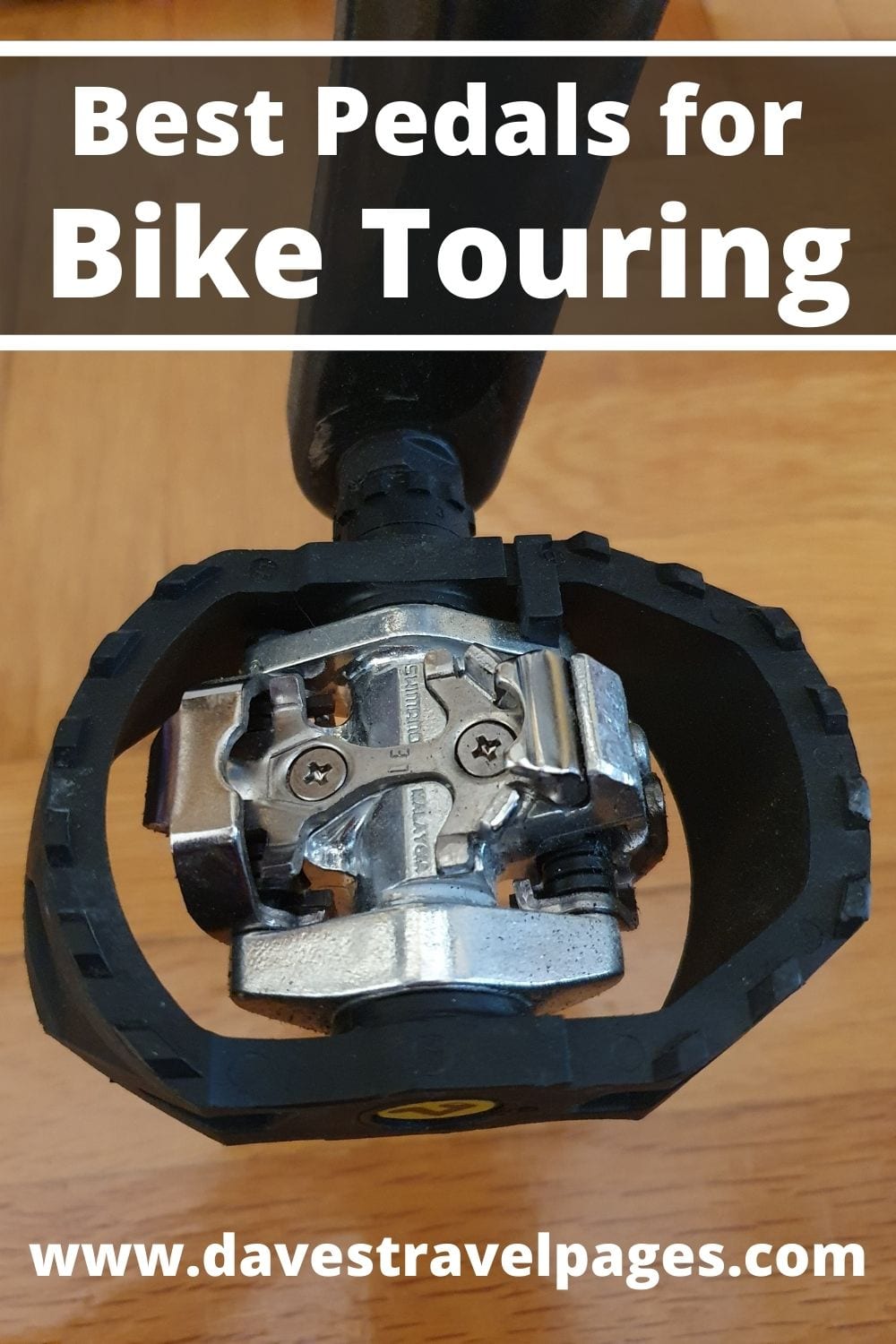 These are some of the related questions touring cyclists have about choosing pedals and cycling shoes:

Do I need cleats for touring?

You don't need cleats for touring, but they may offer advantages in terms of generating more power when cycling.

What type of pedals do I need?

You may need to buy special pedals for touring if you don't want to be using the ones that came with your bike. You can use flat pedals if you're not very experienced, but you might like SPD (shoes and pedals) combo pedals for touring more.

What are flat bike pedals?

Flat pedals are any bike pedal where your foot is on top of the pedal without a special clip or mechanism to attach your foot. You can normally use both sides of a flat pedal or platform pedal, and you can wear regular shoes to ride.

Is it OK to wear running shoes for biking?

If you're just riding a bike casually, and not cycling on rough roads or across rivers or anything like that, it's probably fine to wear running shoes. If you are going on a long tour with lots of off-road trails or unpaved roads, then you might want to get some specific touring cycling shoes.

Looking for more bike touring gear reviews and guides? Take a look at these other trending bikepacking articles:

– Dave Briggs
Dave has cycled around much of the world including bicycle tours from Alaska to Argentina, and England to South Africa. In addition to this guide to the best bike touring pedals, he's written many other reviews and tips about bike touring.