Last Updated On January 24, 2023 by Dave Briggs Leave a Comment

This blog touring post was written by Cat as she cycled along the Eurovelo Route 8 across Europe. This entry from week four covers thoughts of bike touring in Italy. 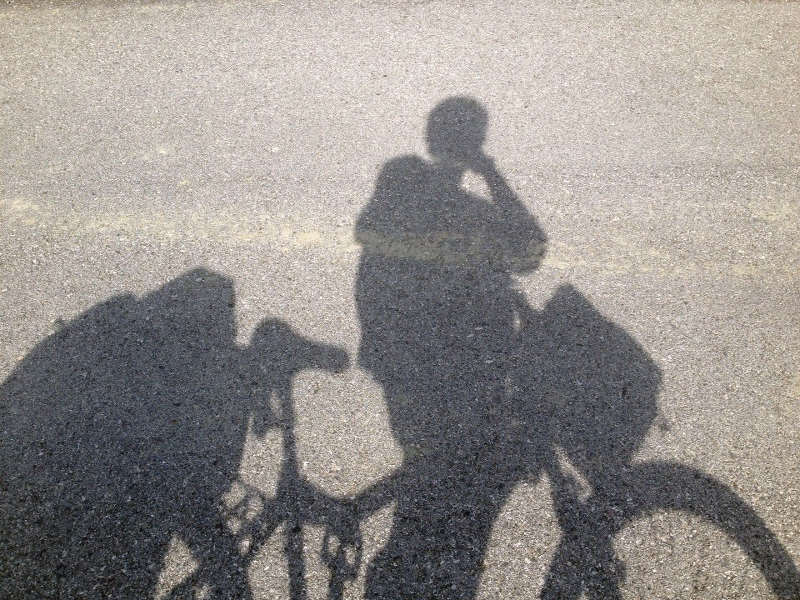 I arrived to the big house in Padova with a messy yard and yelled “Ciao! Hello! Buenogiorno!” until someone came to the door.

Salvo introduced himself and let me in, showed me where to stick my stuff, and invited me up to share in their delicious lunch. Soft boiled cauliflower with olive oil and salt, fresh-baked dark bread, some strong cheese and a variety of preserved tasty things in jars. So Italian!

The two previous nights were spent at a hostel in Mestre, a town just near Venice where accommodation is more reasonably priced than in that famous city.

I hadn’t managed to arrange for a couch or warmshowers host so decided to splurge for the benefit of storing my bicycle for a day while I visited Venice.

Florent is a French cyclist who was sharing my dorm, he’s been on the road for over a year, travelling around Europe. He’s made cycling a lifestyle, supporting himself through a mathematics website he created to live comfortably.

We went to Venice together where we met with Jin, a cyclist from South Korea. She’d met Florent in Milan and they agreed to meet again here, so I just tagged along. Jin has been cycling for two and a half years. Between these two I’m just a rookie.

(Dave's note – I think this may be Jin from Universe With Me.)

Flo and Jin are the first cyclists I’ve met who have made it a long-term lifestyle. There are a few things that they do differently to the others.

Both cycle relatively short distances each day – usually less than 50km. They also don’t plan much.

I really liked hearing about how they manage their lives this way, their relaxed approach is something I feel more inclined towards. I found them both such good company, no pretension or ego about gear or distance.

Jin had been couchsurfing in Padova in a big student share house with cool people. She asked them if I could stay and gave me their details, and that’s how I ended up here today!

I liked seeing Venice but I’m glad that I only made time for the one day there. If I had a lot of money, wanted to stay in a luxury hotel in the city and ride a gondola for 40 euros, I’m sure I would enjoy the novelty of staying in such a unique city.

But as a budget traveller interested more in meeting interesting local people and seeing lifestyles that inspire and challenge me, it was just a very pretty place to admire, nothing more. The entire city felt like it existed only as a tourist attraction.

These days that is pretty accurate. It competes with Rome for the number of tourists, but unlike Rome where there is life outside of tourism, that’s all Venice seems to have. Perhaps I’m too harsh, but from reading other travel blogs it seems to be a common impression.

Thoughts on cycling in Italy

So far my time spent bicycle touring Italy has been nothing short of idyllic. Lush countryside, flat roads and friendly people, all speaking in a melody of words. 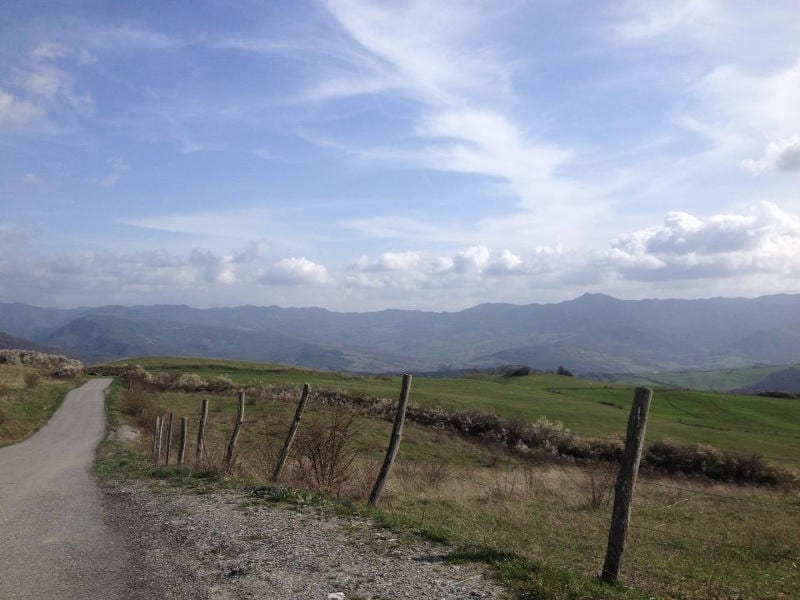 I spent three days in Trieste, thoroughly grateful to the cold and rain for giving me an excuse to just get cozy indoors. It felt so normal for a change.

My hosts Michael and Linda were so generous and friendly. We spent an entire afternoon making ravioli from scratch, another few wandering the city, evenings chatting around the kitchen table, reading, or chilling out to a good film. It was just what the doctor ordered.

Michael gave me good directions to a road along the coast to Venice, but somehow I ended up on the SS14 which took me inland. I’m a bit useless with finding specific roads but it worked out just fine. The wind was in my favour, I loved the scenery, and after 3 weeks I am strong enough that I forget I’m even cycling unless there’s a big hill involved.

On the first day on the road from Trieste to Venice I had made it about halfway when it was reaching late afternoon and really starting to rain. I pulled into a roadside restaurant on a vineyard and asked if I could please put my tent up somewhere dry on their property.

One of the bar staff introduced herself as Kristina and pointed me towards the barn, suggesting that I come back in to hang out. I ended up being served excellent red wine from their vineyard, while I told the staff and all the old men hanging at the bar about my trip!

Kristina invited me to join them later in the evening for her birthday drinks, so after a nap I did. I had a great conversation with Sofia, a young student who wants to do the Camino de Santiago on her own, and really enjoyed the company of the rest of the group. New friends, glasses of bubbly wine and some totally decadent layered birthday cake – an awesome night!

I did have my first creepy camping experience camping there. Around midnight a small pot-bellied man came into the barn and stood outside my tent.

He didn’t speak much English, but kept asking if I was cold. I repeated, no, I’m not cold. Sono bueno, grazie. Buenonotte! (I am ok, thank you. Goodnight!)

He left, came back, and again asked if I was cold, then “What can I do?” Repeat of my lines, nothing, grazie, buenonotte. A third time he came back, smoking a cigarette, and said “Come with me.” I sat up, opened the fly of my tent, stuck my head out and very firmly said “NO. Andare por favore.” After a few repeats of essentially the same exchange, he finally left for good. Needless to say, I didn’t sleep well after that, and held my pocketknife and torch by my head.

There’s no denying that camping alone can be dangerous, and that certainly reminded me of this. I guess the only thing a person can do is take as much precaution as is practical and stay alert.

So many things are risky, but for various reasons we do them regardless, and camping is no exception. Otherwise, I’ve felt very comfortable and safe in Italy, especially because the language is considerably easier for me to follow and pick up than in other places that I’ve been!