The Athens Polytechnic graffiti that appeared overnight on the exterior of the building on the 6th of March 2015 made the national news. It might not be there for long, so here are some photos before they are erased forever. 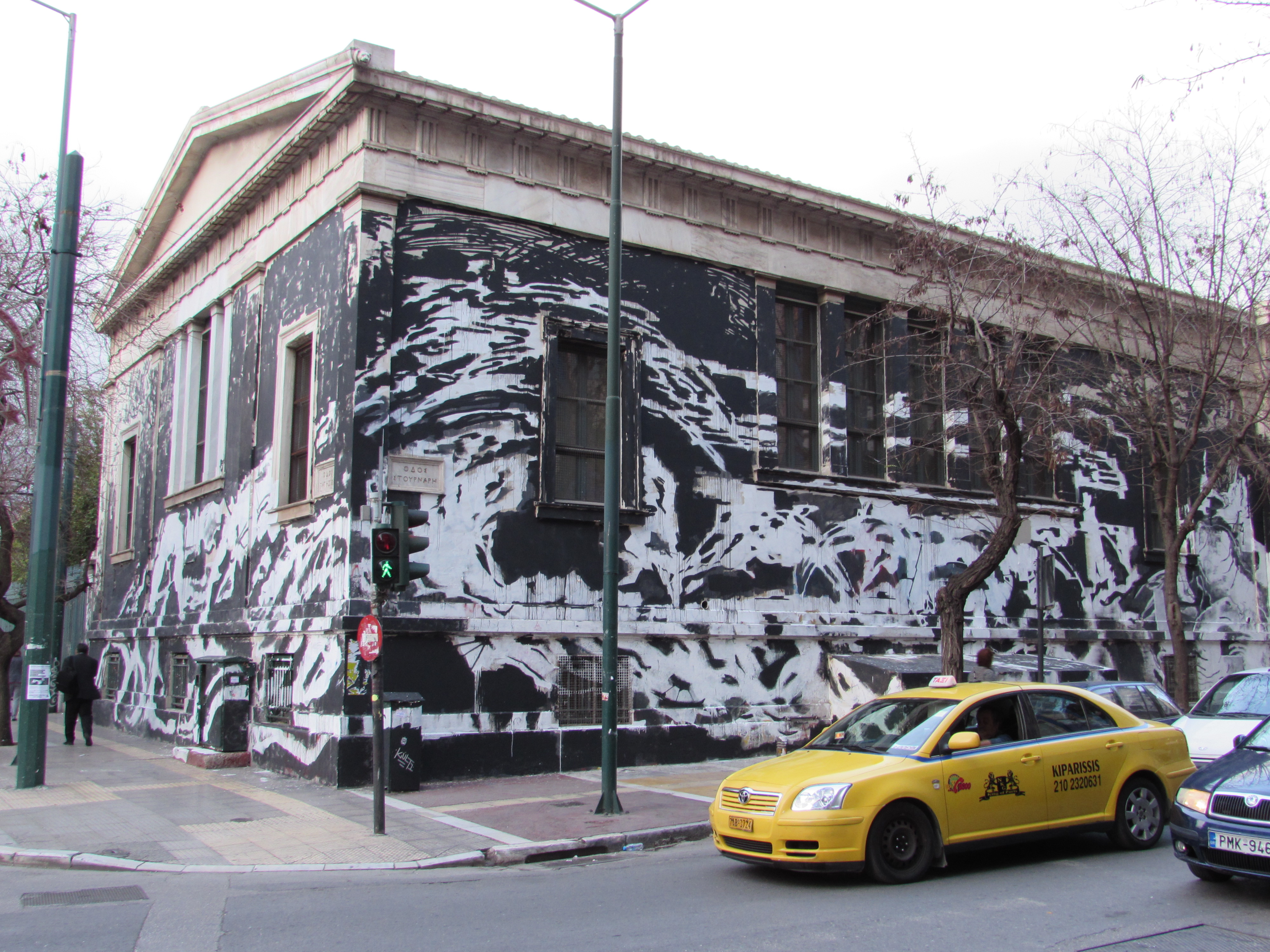 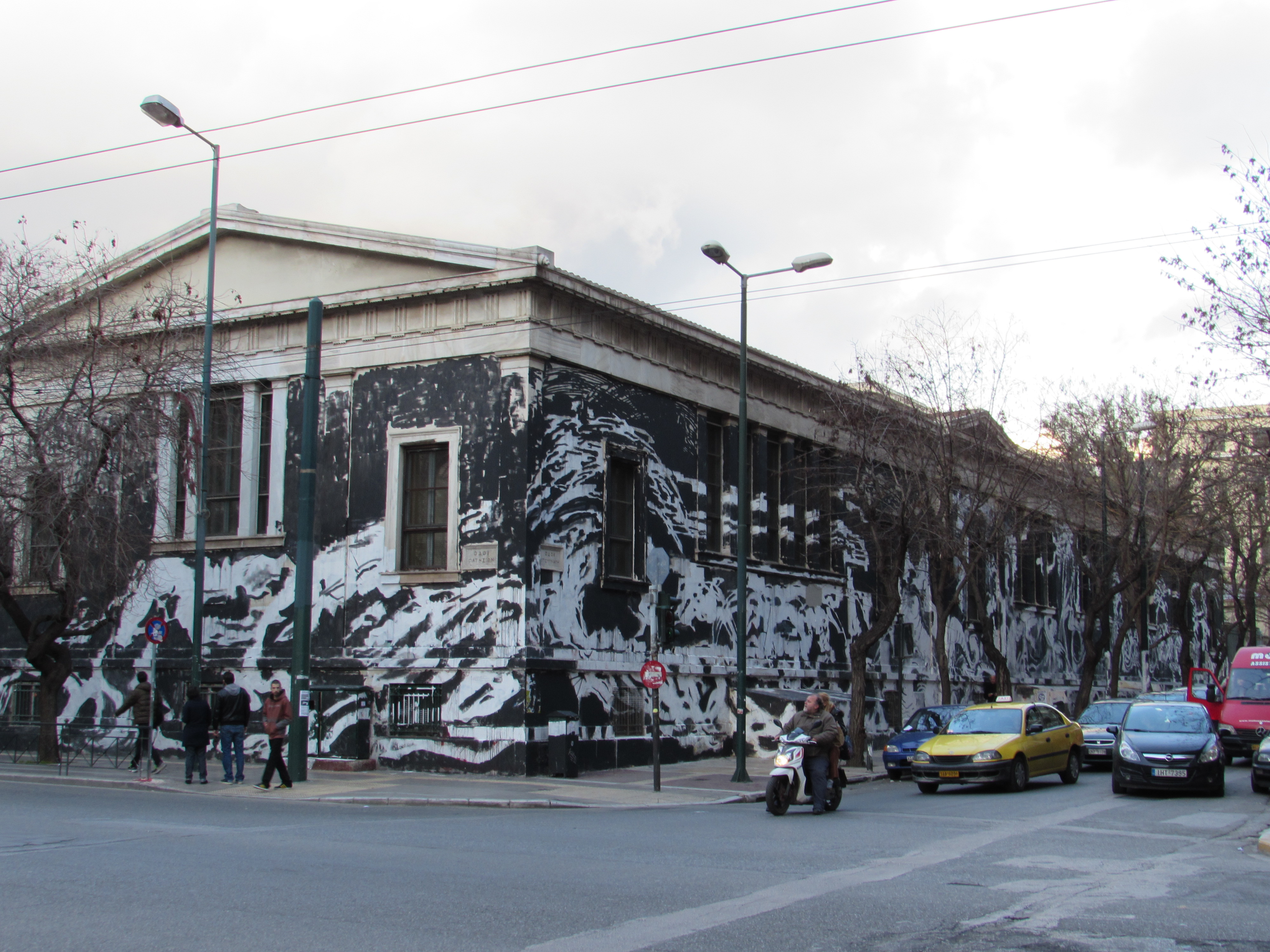 It seems likely that the exterior of the building will be cleaned, if it is even possible, over the coming weeks. 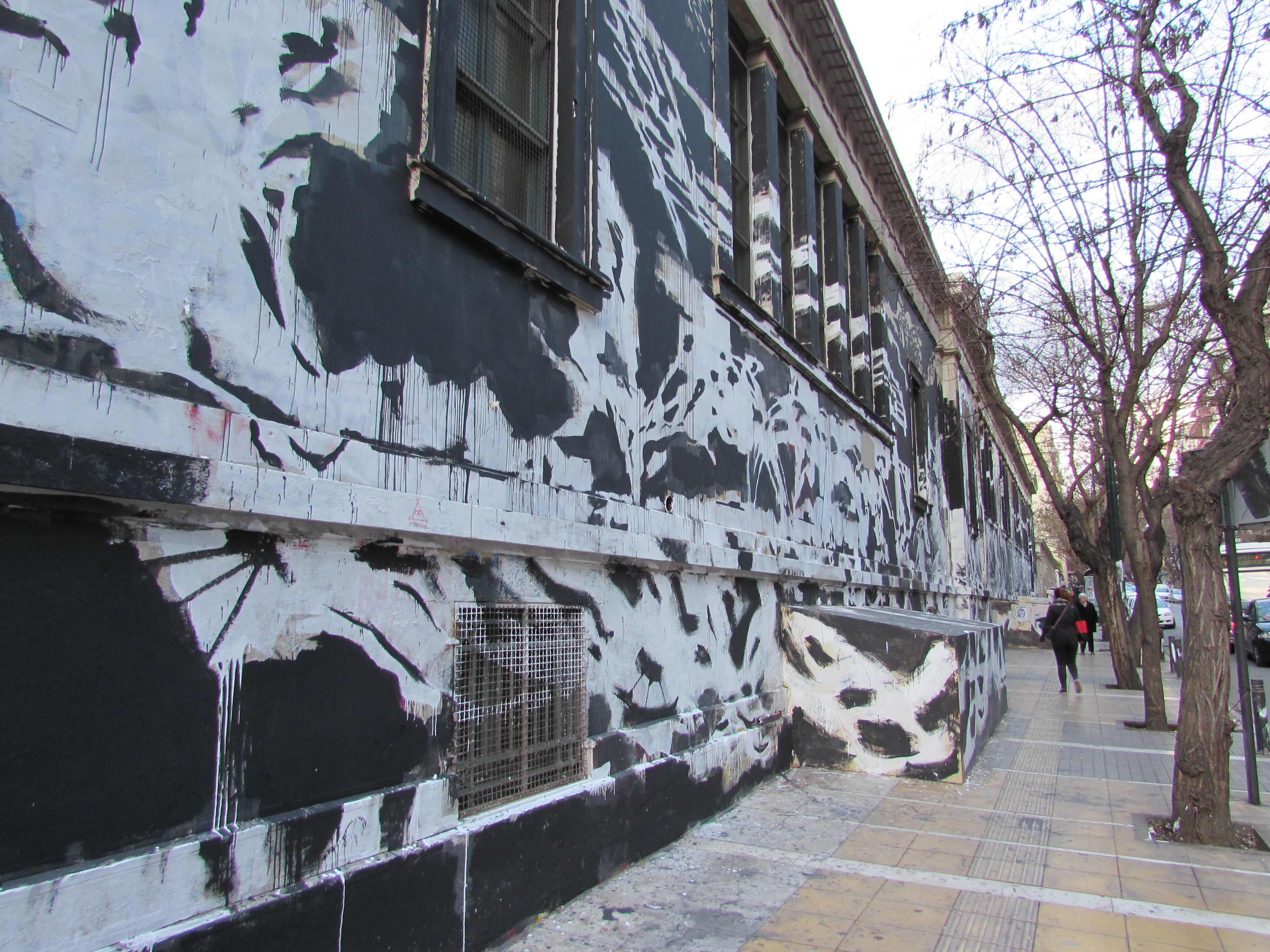 How they managed to create this without anyone noticing is something else.

In Athens, the street artists are amazingly creative. The Athens Polytechnic and the surrounding Exarchia area are at the heart of this.

It is a breeding ground for the political and social alternative, and this has for a long time been expressed on the interior of the polytechnic. The inside is covered in graffiti. But never before the outside. 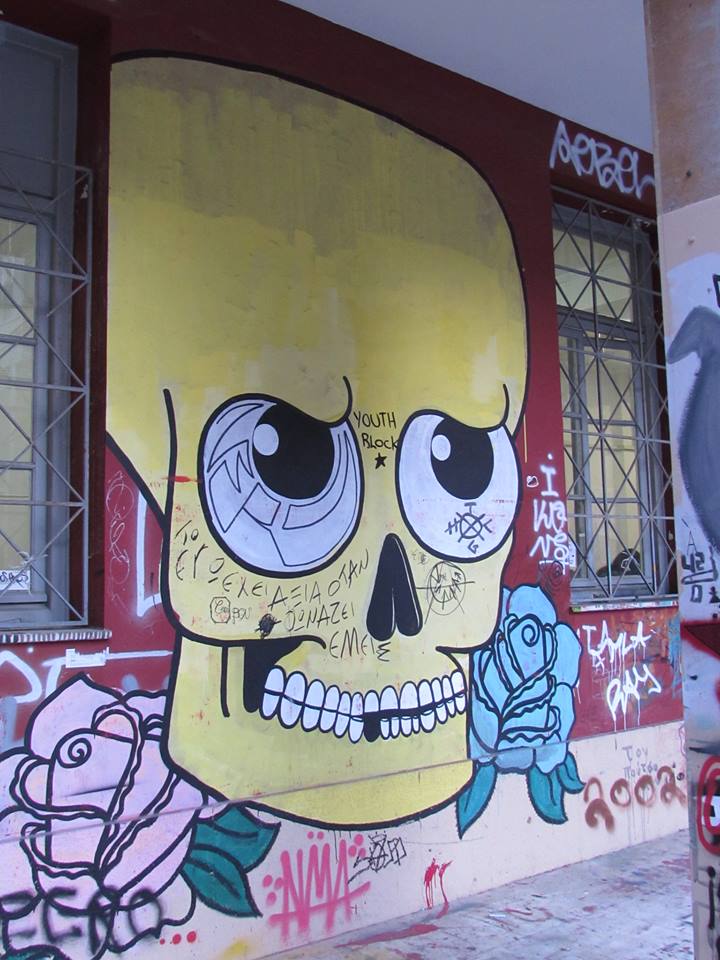 The inside of the Athens Polytechnic has long been covered in graffiti. 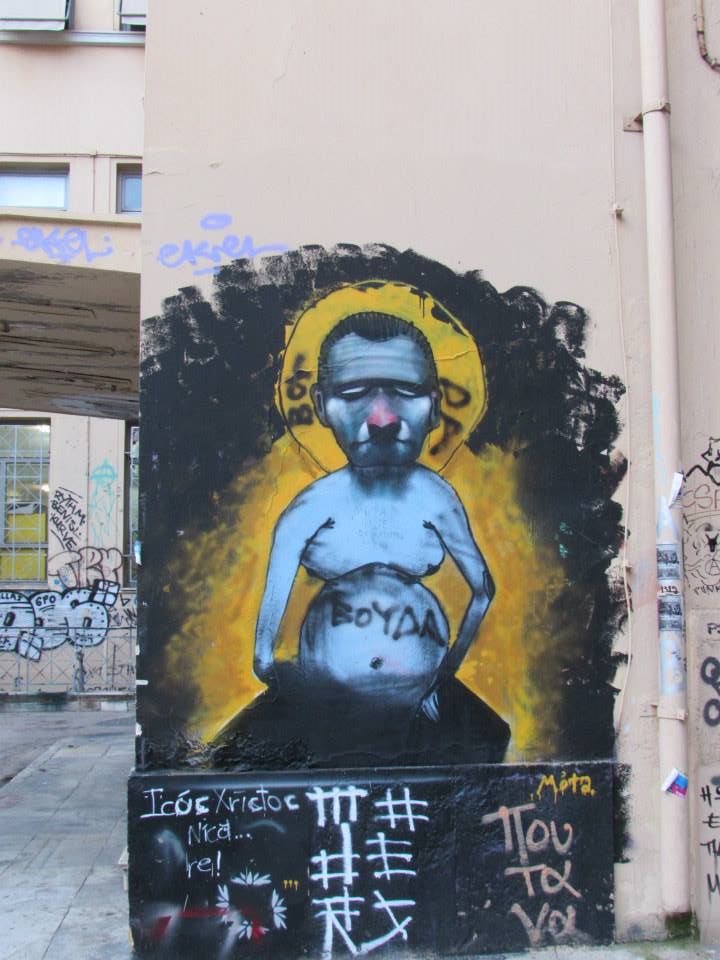 No one is likely to remove the Athens polytechnic graffiti from inside. 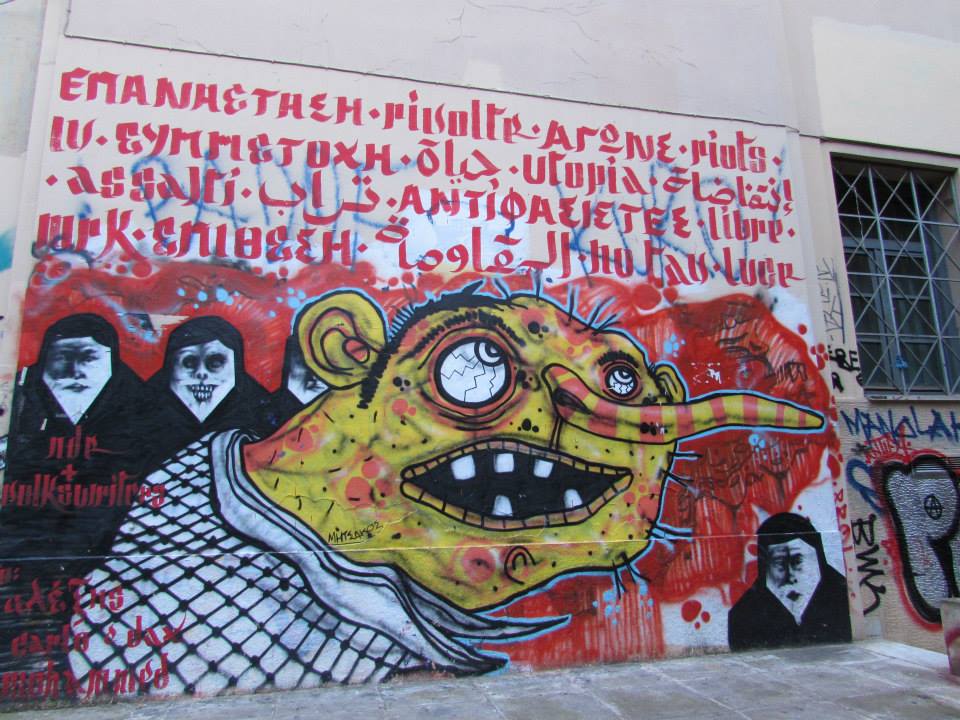 The Athens Poly seems to be a law unto itself. 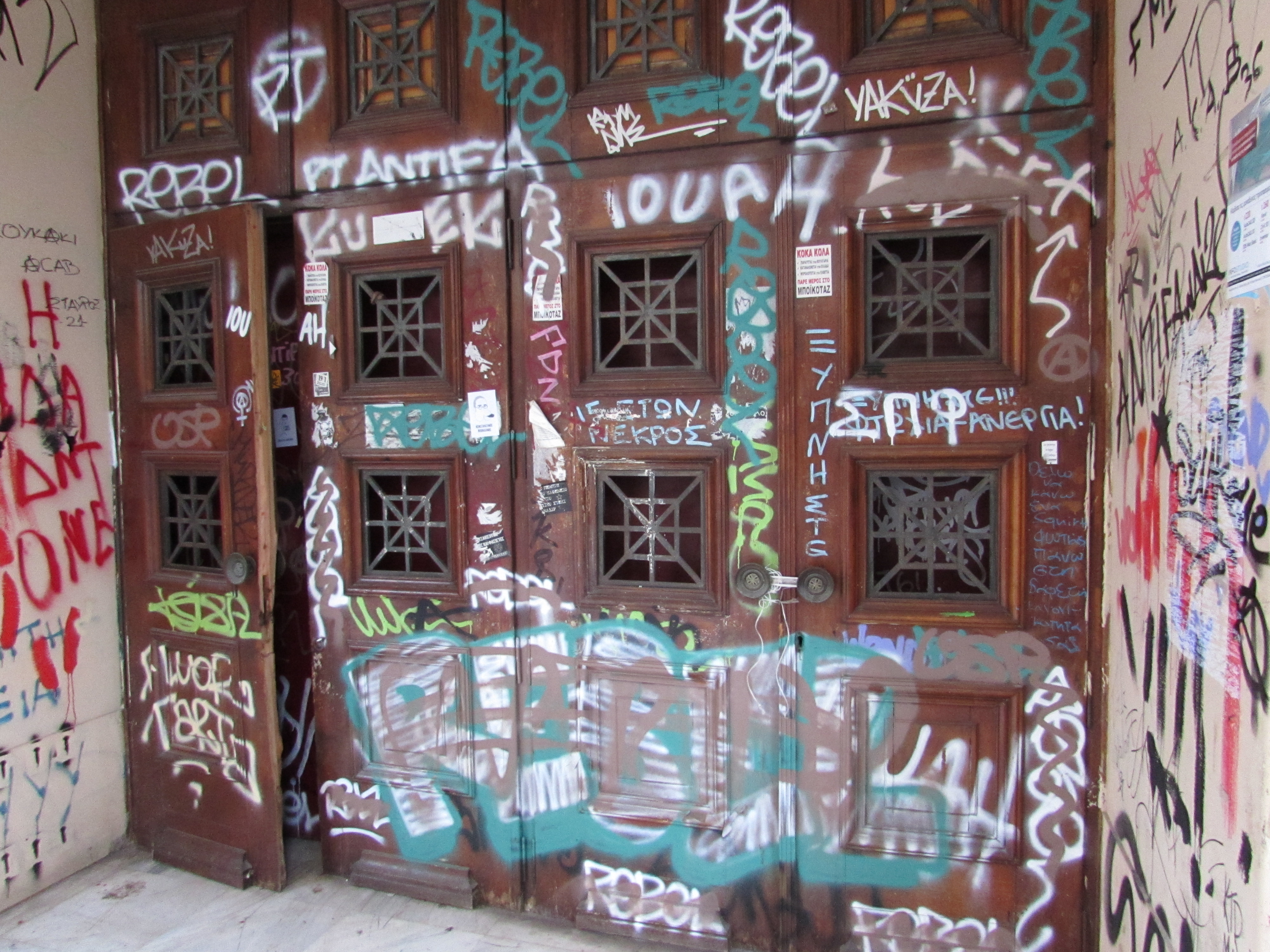 On the 6th March the outside of the building was sprayed. It provoked calls of vandalism from some corners. It embodied a bigger political statement from others. How it was created without anyone either noticing at the time, or even caring, is probably equally important.

The result was, that a national monument had been defaced. And yet the truth is, the interior of the polytechnic had been this way for some while.

What was the difference now? Why was this act significant? Is society happy for people to express themselves as long as they do it privately? Or is this a bigger political statement? 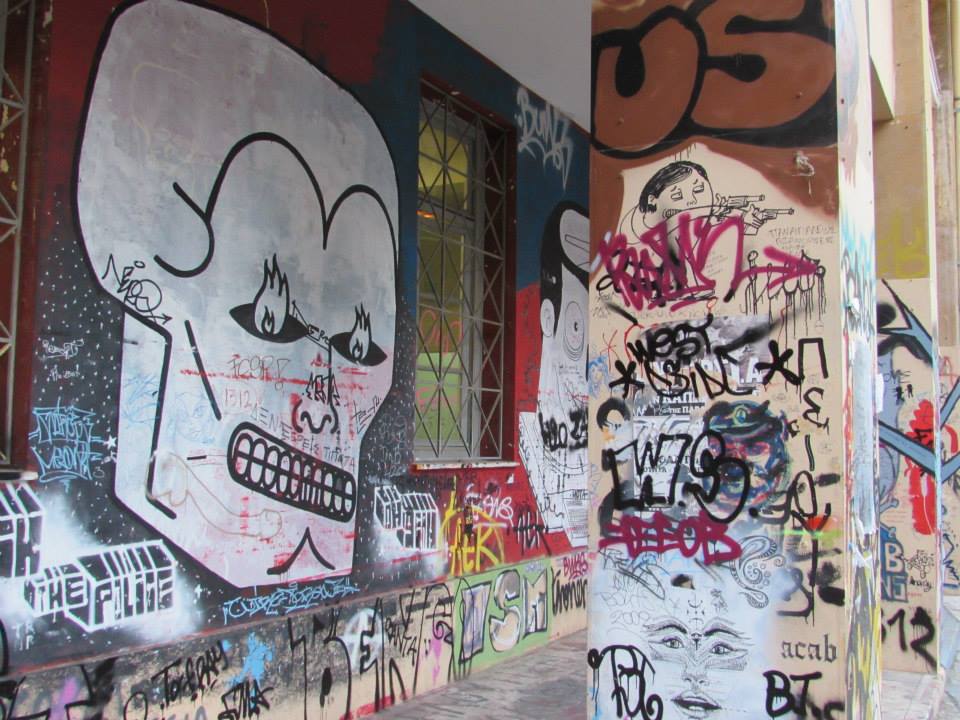 Interested in finding out more about Athens? Check out these other Athens blog posts: