Cycling from Leymebamba to Balsas was one of my favourite days of bike touring in Peru. There's something special about an amazing view earned through pedal power!

Biking from Leymebamba to Balsas

This blog post was written in 2010 when bike touring from Alaska to Argentina.

When I woke up this morning, I discovered that something had bitten the soles of my feet, and the ends of my big toes. Weird, and also a little irritating. Still, its all part of the fun of travel (apparently) and so it was time to hit the road.

The initial 30 km was all uphill from Leymebamba, although thankfully, the gradients were kind in nature. 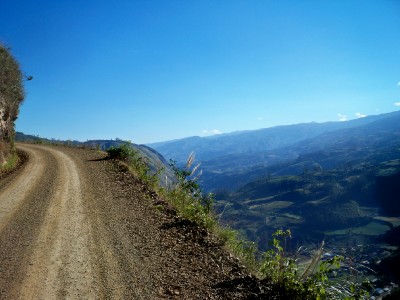 The road was quite narrow in places, with sheer drops. 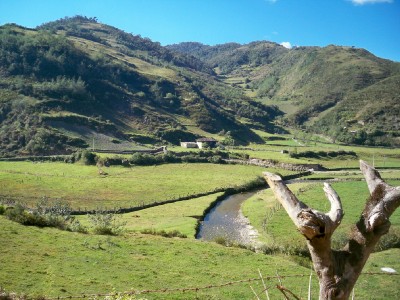 The landscape changed to more open farmlands with many dairy cattle. Milk is not a big thing in Peru though, and if you ask for it, more often than not you end up with a tin of evaporated stuff. 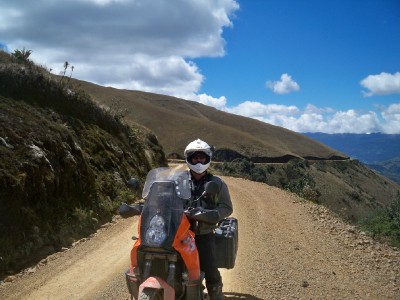 Along the way I met Vince, a motorcyclist from California, who had also set off a year ago. He’d spent quite a lot of time surfing in Mexico. 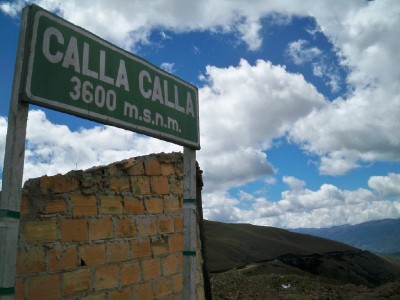 A height marker at the top of Calla Calla in Peru shows it as being 3600 metres high. If felt like being on top of the world! 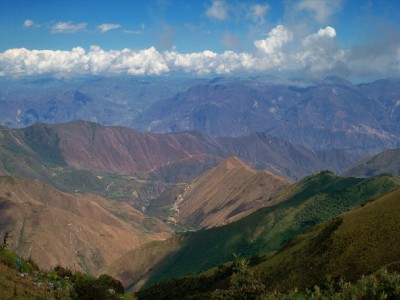 And when I turned the corner, I came across simply the most amazing view.

Then, at 60 km, I started what must be one of the worlds longest downhill dirt roads.

Losing 2600 metres in height was probably something I would pay for later, but having to turn the pedals less than a dozen times in three hours, whilst cycling through those stunning mountains was great ! 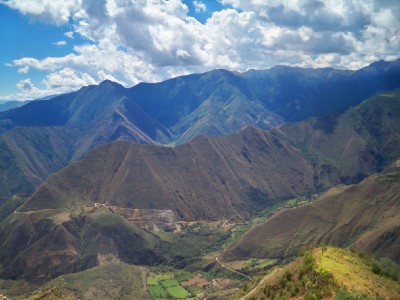 The views almost brought a tear to my eye, so they did! 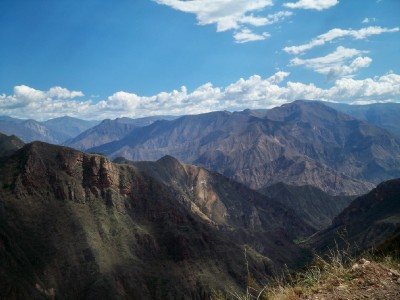 And then I was in Bolsas, a tiny village, whose existence owes itself only to the fact that it lays at the bottom of a valley.

It was quite hot, being down below the 1000 metres mark, so first job was a bottle of water followed by finding a room.

10 soles saw me in a room which reminded me a lot of some of the places I stayed in Africa. Despite the presence of a fast flowing river, this village has a shared toilet. Yes, you read it right, the village.

No problem during daylight, but I think an empty Inca Kola bottle will come in handy tonight !