Last Updated On August 27, 2020 by Dave Briggs Leave a Comment

The Antikythera Mechanism is one of the mysteries of ancient Greece. Was the ancient Greek mechanism a navigation device, analog computer, or something else?

Does an analog computer dating back over 2000 years sound like fantasy? It might do, if not for the fact that one was discovered in a shipwreck off the coast of Greece!

The Antikythera Mechanism is one of the greatest mysteries of Ancient Greece and mankind's history. 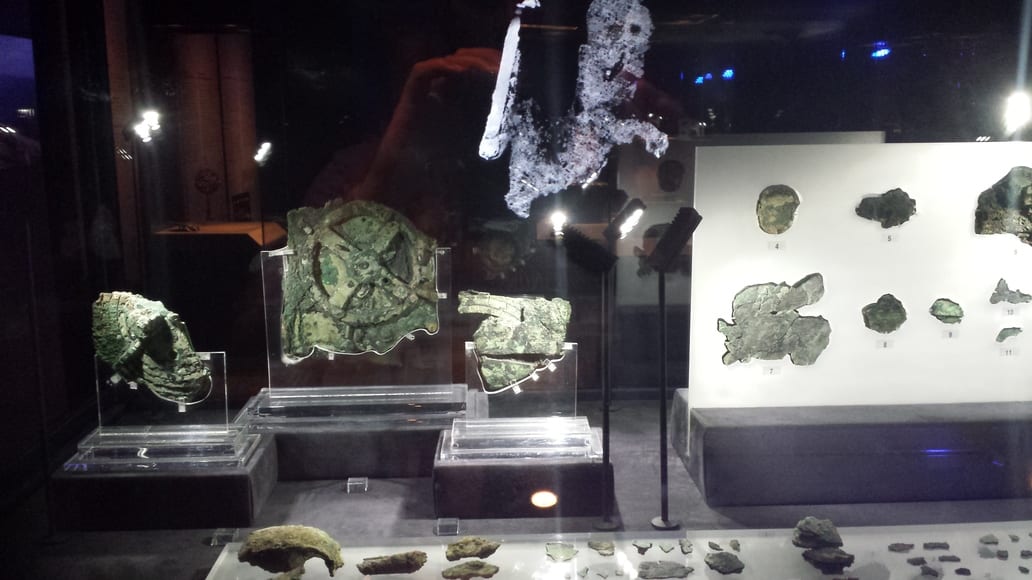 When I was in my early teens, I became interested in ancient civilizations. They always seemed somewhat mysterious to me.

I never agreed with his ancient astronaut

theories, but I did come to realise that ancient civilisations were far more advanced than we give them credit for.

One mysterious object that I remember reading about in his books, was the Antikythera Mechanism. It was over 2000 years old, and seemed to be technologically far ahead of its time.

Imagine my delight then, when I discovered that it had its own exhibition room at the National Archaeological Museum of Athens. Now, I could see it for myself! 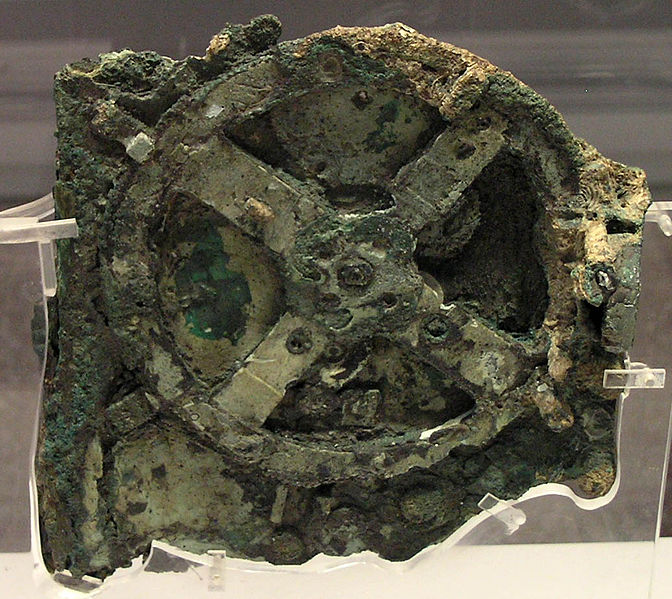 I know what you are thinking. “This doesn't look much”, right? Oh, how wrong you are though!

You have just made the same mistake that scholars, archaeologists, and museum cataloguers did for two years after its discovery in 1900.

It was only in 1902 that someone finally noticed the inscriptions and gear wheel. This is hardly surprising really, because the other objects found around the same sunken ship were magnificent.

Huge bronze statues and glass vessels were recovered by divers, and so some objects were overlooked. The Antikythera Mechanism was one of them.

What does the Antikythera Mechanism do?

After years of research, it was finally decided that the Antikythera Mechanism was designed to predict astronomical positions and eclipses, as well as the Olympiads, which were the cycles of the Olympic Games held in antiquity.

It did this by a series of gears and levers. In some circles, this was known as an astrolabe. To others though, this effectively made it the worlds first analog computer.

Two things could be concluded by this – Either the Antikythera Mechanism was a one off design and build. Or, it was one in a series of mechanical devices which had been developed over years.

The great ancient Greek scientist Archimedes has been linked with its design and build, although there is no actual proof to support this.

Regardless of who built it, it was certainly an example of how advanced society had become during the Hellenistic period. The skills and knowledge required to build such a device would not surface again until after the 14th century.

Where is the Antikythera Mechanism now?

This is one of the most astonishing finds in archaeology, because it rewrites history. Not only that, but it also reveals a level of sophistication, knowledge, and technology that was unknown before.

If you are visiting Athens in Greece, I would highly recommend visiting the National Archaeological Museum of Athens so that you can see it for yourself. In the mean time, I have posted an interesting documentary below.

Would you like to find out more about things to see and do in Athens and Greece? These Greek blogs might help: