Last Updated On January 22, 2022 by Dave Briggs Leave a Comment

Tiryns and Lerna in Greece are two archaeological sites connected with the Greek myth of Hercules and the 12 Labours. Here's how to visit them. 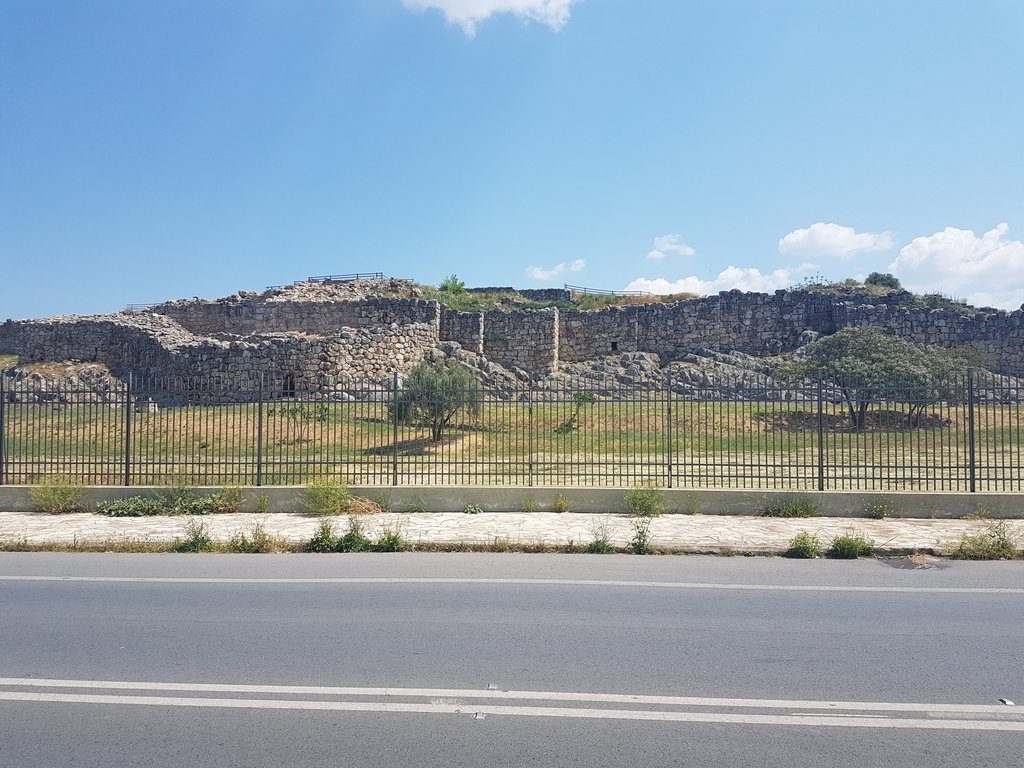 Lerna and Tiryns in Greece

Before starting this blog post, I need to set the scene. I had planned a bicycle tour around the Peloponnese of Greece based on the myth of Hercules and the 12 Labours.

The idea, was to follow a route that would take me to significant places connected with the myth, as well as other places of interest in the Peloponnese.

On the third day of the Hercules Bike Tour, I had reached Nafplion on the south coast of the Peloponnese. Taking a day off from touring, I decided to visit two archaeological sites. These were Tiryns and Lerna.

Both of these sites were connected with the Hercules and the 12 Labours myth, and easily reached by bicycle from Nafplion. Here's more about the day.

The UNESCO Site of Tiryns

Although I had previously visited Nafplion on a road trip around the Peloponnese, I had never been to the site of Tiryns before.

It shares a dual UNESCO World Heritage rating along with Mycenae which I had visited the day before, although seems to have a lower profile than its more famous counterpart.

In terms of the Hercules Bike Tour, visiting Tiryns was essential. Each Labour that Hercules performed started and ended in Tiryns, as it was from here that King Eurystheus ruled his lands.

In fact, the bike touring route around the Peloponnese was altered to include this early on, whilst arguably, it would have made more sense to visit it later. In the end, instead of doing a circle of the Peloponnese, I did almost a figure of eight!

The archaeological site of Tiryns is located just 4kms away from Nafplion, and so it was easy to reach by bicycle. After locking the bike up, I went into the site itself and spent a couple of hours walking around.

In many ways, I found it to be more impressive than Mycenae. The Cyclopean Walls surrounding the complex are outstanding, and it's easy to see why this city was built here, as it would act as a point of control over the natural harbour points in front.

I'll probably write a longer post about the archaeological site of Tiryns at some point in the future. For now though, why not check out the video below as I show you around the site and share my thoughts on it?

After leaving Tiryns, I cycled on to my next archaeological site of the day, which was Lerna. This was about 20km there, and 20km back to where I was staying in Nafplion.

So, even though I wasn't technically bike touring on this day, I still got some distance in cycling! 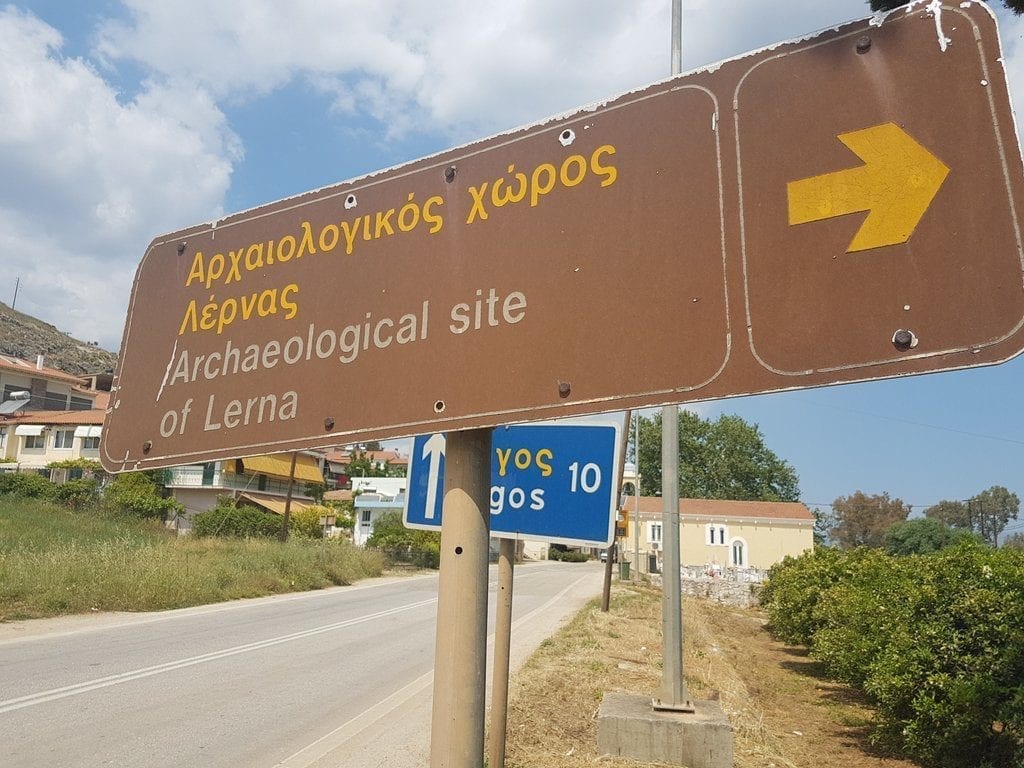 As an archaeological site, I'll be honest and say that there isn't much to appreciate at Lerna! There's not much left of it, and I don't imagine they get many visitors! If you watched the video above, then you'll see me show you around Lerna towards the end.

In terms of the Hercules bike tour though, Lerna was an important place to see. It was the location of the second Labour, which was to slay the Lernean Hydra.

The Hydra was a nine-headed creature that lived in the swamps around Lerna, and would on occasion rise up and terrorise the people living in the area around it. As Hercules battled it, he would cut off a head, only for two more to spring up in its place!

Finally, with the help of his nephew Iolaus, they burned the stump of each severed head, preventing others growing, and the monster was defeated.

The Meaning behind the Lernean Hydra Myth

Each of the 12 Labours can have several meanings. I'll put down some of the most popular theories regarding the meaning behind the Lernean Hydra Myth.

After visiting the sites of Tiryns and Lerna, I then headed back into Nafplion. A day when you ride a bike and visit a UNESCO World Heritage Site is always a good one, so I celebrated with a Greek salad!

More from the Hercules Bike Tour 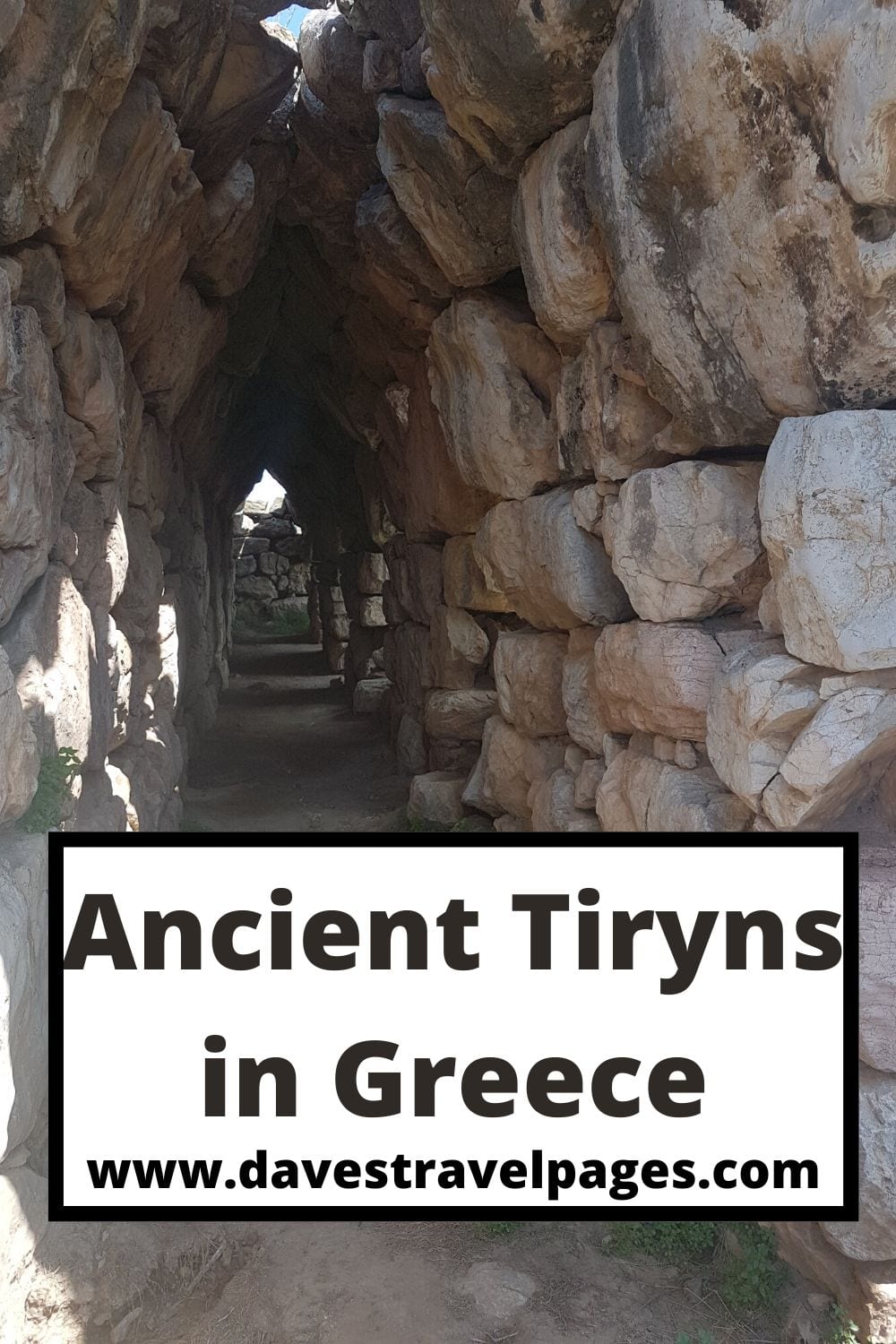