A road trip in Greece led me to some holy footsteps, a christening, and a ride in a tow truck. Check out these driving travel adventures in Greece. 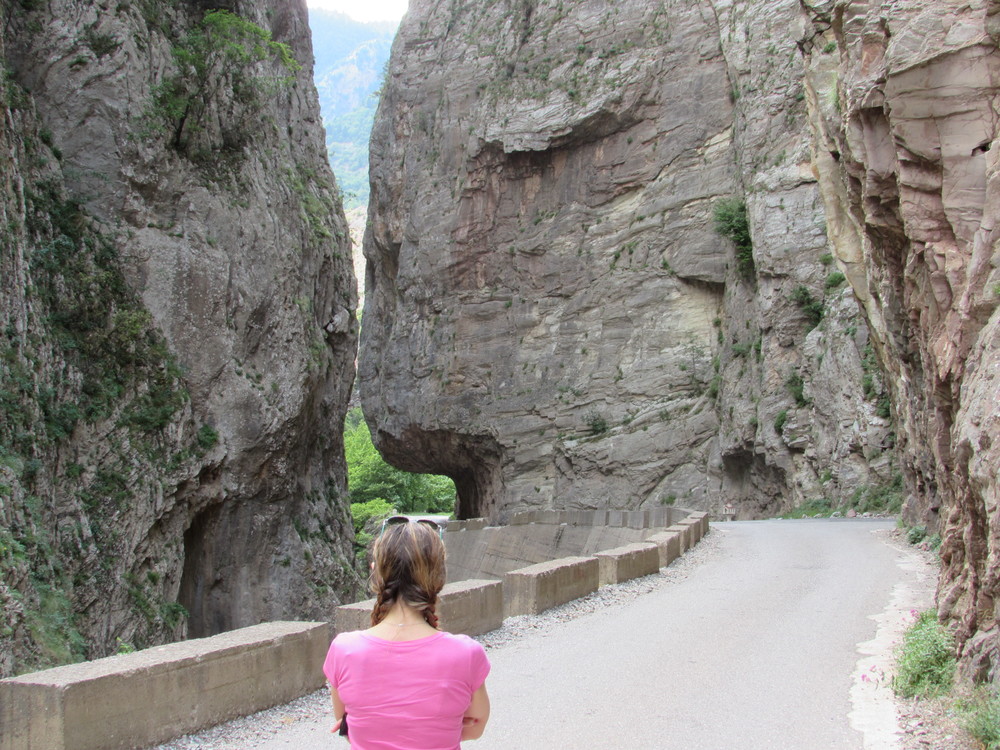 Let's set the scene. Monday 1st of June was to be a national holiday in Greece, so with a three day weekend, we planned a bit of a road trip.

The idea was to do some sight seeing, and go to a christening in the mountainous Evrytania region in Central Greece.

Like all good plans laid by mice and men though, a few unexpected things happened along the way! 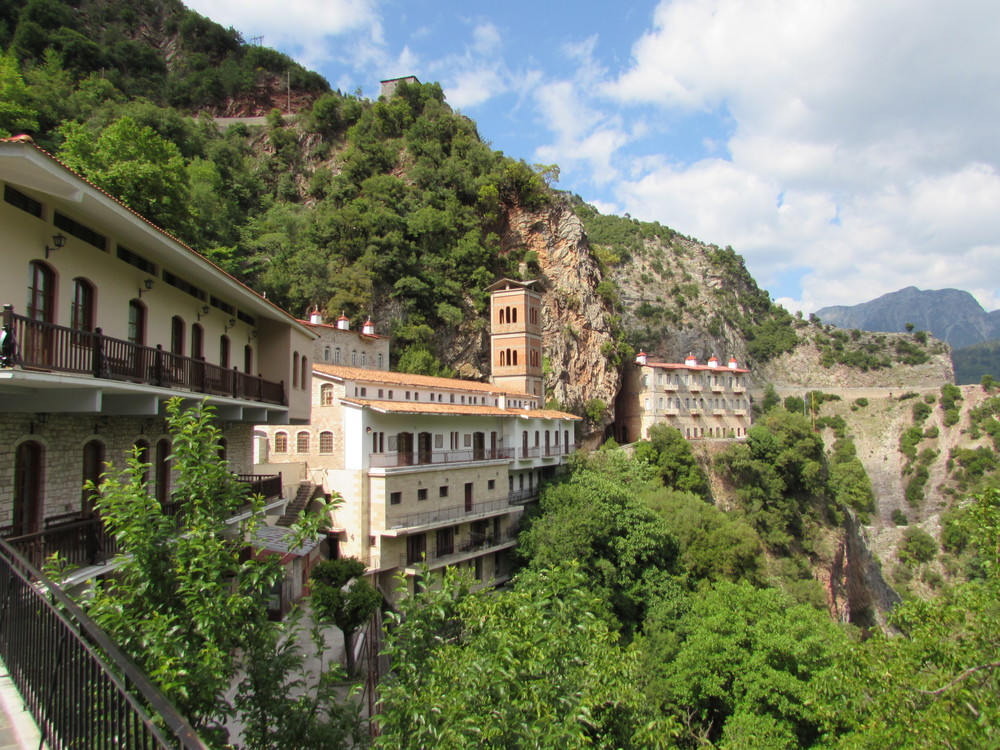 One of the first places we visited, was the monastery at Proussos, sometimes known by the name of House of the Virgin Mary.

This is due to a couple of different stories, one of which involves a shepherd discovering an icon of the Virgin Mary at the spot on which the monastery was built.

The other involves some mysterious ‘footsteps' which are attributed to the Virgin Mary. The monastery has a lot of history attached to it, and was certainly set in a stunning location.

It also caters for people who want to stay there overnight. We tried calling a few (actually more than 20!) times to see if we could stay there, but we never got through. Maybe you might have better luck.

Footsteps in Stone near Proussos 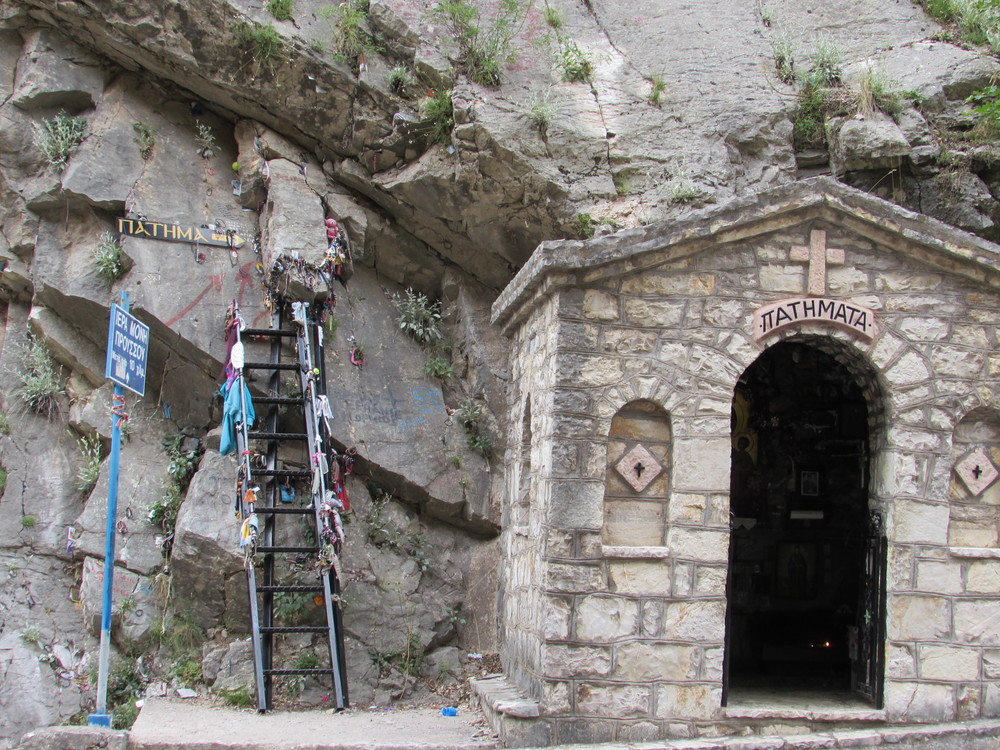 For me though, the most interesting part of this area, were the Footprints of the Virgin Mary. These are out on the road from the monastery near the junction to Karitsa.

There are seven marks in the rock which lead up a slope which allegedly have the shape of human footprints. Personally, I didn't think they looked like footprints, but obviously plenty of people did!

You can see from the video and photos that people have been using this as a shrine, leaving all sorts of personal offerings. To me, this didn't look entirely Christian, but what do I know!

Attending a Christening in Greece

Staying at Agia Triada, the christening we went to was at Domianoi, a small village high in the mountains. This was my first Greek christening, and so I wasn't really sure what to expect.

The christening took place in a monastery (yes, there are a lot of monasteries here!), and as the last christening I went to was my own (I guess I was 1 years old), I couldn't tell you how different it was to the ones in the UK.

I do know that rather than just sprinkle some water on the baby's head, they put them all the way in a bath of water, but that's about it. Oh, and olive oil is involved somewhere as well. 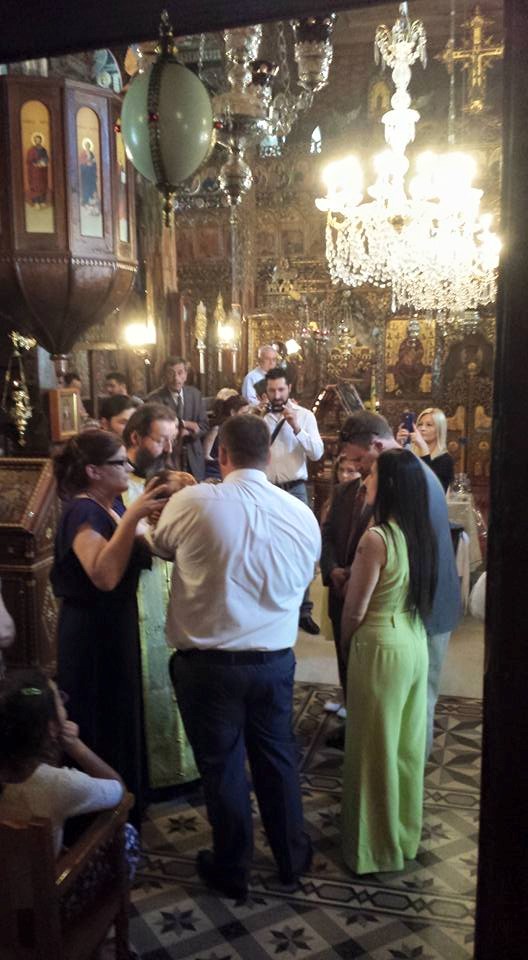 The meal after was amazing, with everything laid out on the village square. A DJ playing random songs, there was dancing, and plate after plate of meat. Yum! Obviously, I ended up with two monks sitting next to me. I was going  to offer them a beer, but thought better of it. 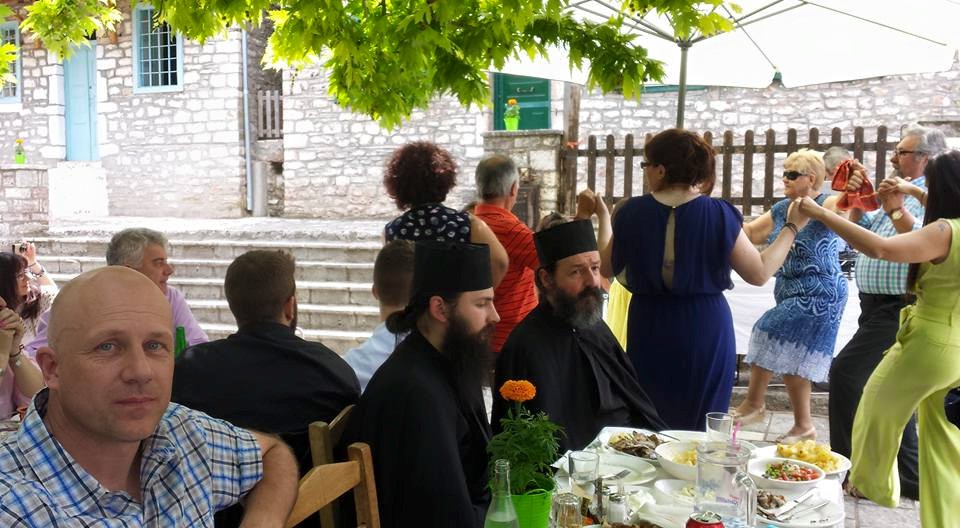 And now on to the part of the road trip adventures in Greece we didn't plan! The next day after the christening, we got our stuff together, and got ready to leave.

Except, the car didn't want to leave with us. It turned over, but wouldn't fire up. Bugger.

So, a quick call to the breakdown service where they said we would need to wait for a couple of hours. Fine – there was a nice taverna we had been in the night before!

The guy eventually came with the truck, and he spent a good hour trying to get the car moving again before he decided it was best to tow it. 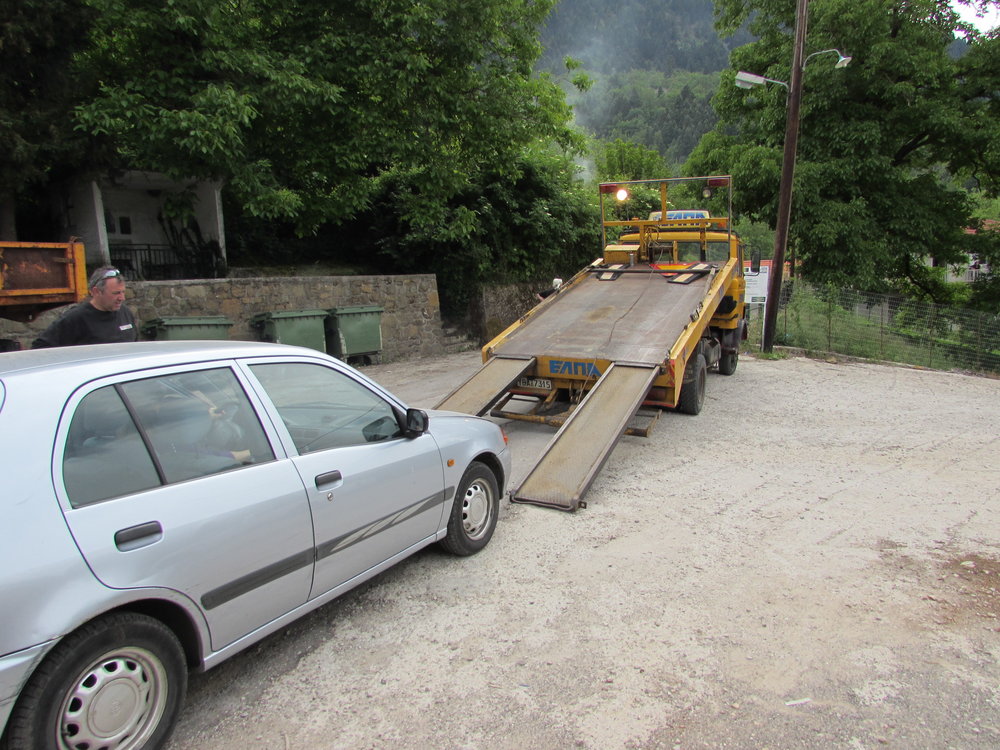 With the car on the back of the truck, we sat in the cab, and enjoyed the ride through the mountains! Being higher up, and moving at a slow speed meant we got to see more of the amazing views between Agia Triada and Karpenisi.

Once there, it took another guy about an hour to get the car working again. It turns out, an alarm hadn't been uninstalled properly, and it was preventing the engine from starting.

By the time we got back to Athens, it was well past midnight, and we were tired, but happy. It was another great road trip out together, and we are looking forward to our next adventures in Greece! Check out the video summary below. 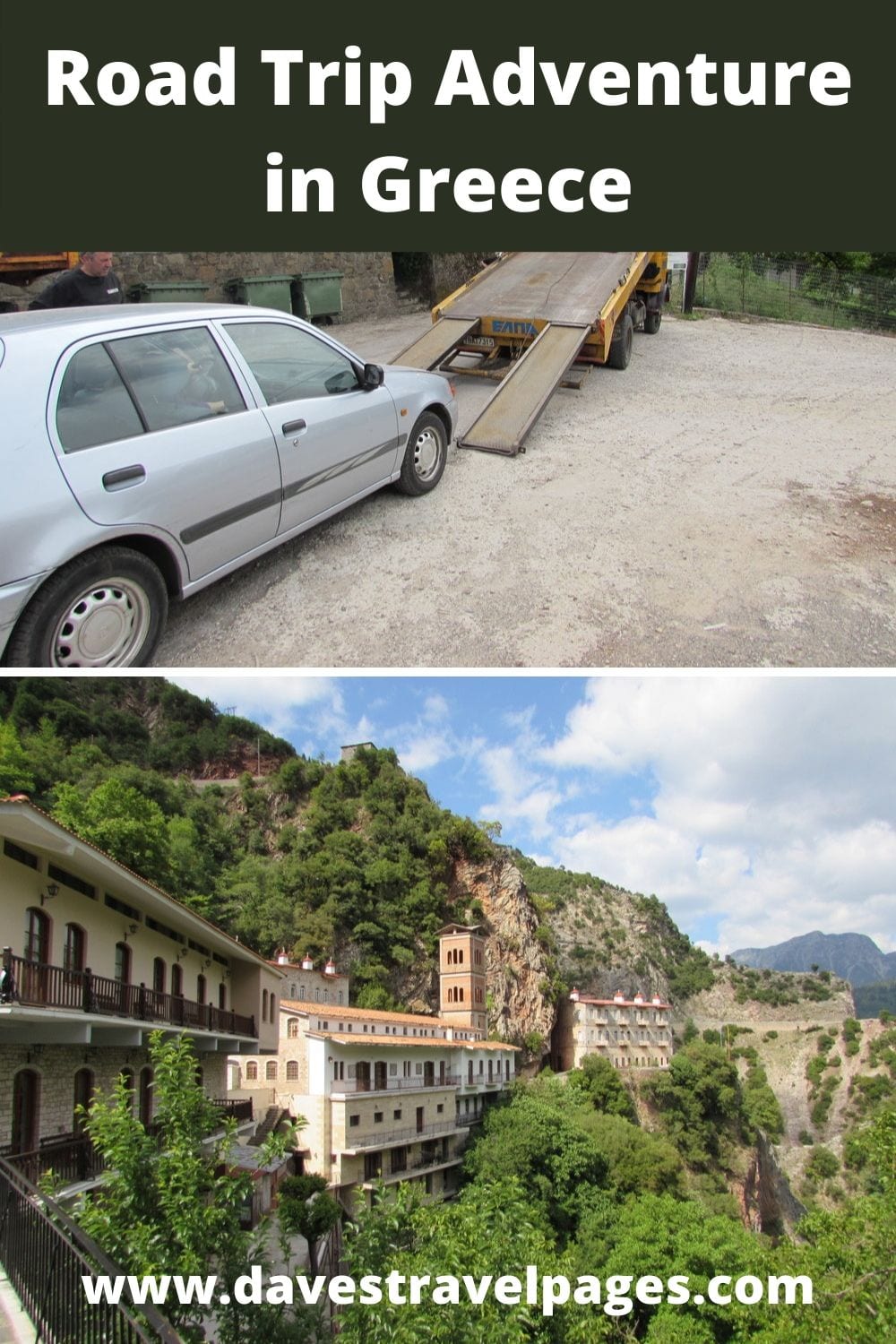