Ancient Messene is a major historical and archaeological site located in the Peloponnese region of Greece. Here's why you need to visit this underrated ancient city. 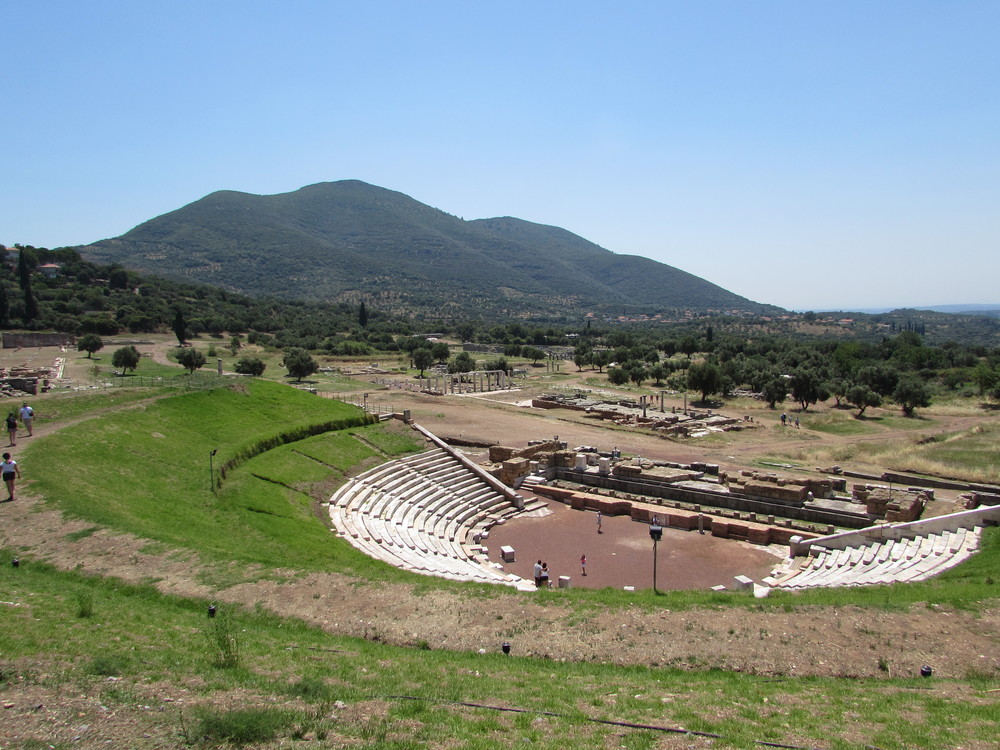 Overlooked by tourists, and undervalued by the Greek tourism authorities, Ancient Messene near Kalamata in the Peloponnese is one of the most impressive archaeological sites in Greece.

Unlike similar ancient places in the country, Messene was left largely abandoned and undisturbed, with no later settlements being built on top of it.

This means that today, we are fortunate to be able to appreciate the sheer scale and size of this ancient Greek city, and admire many of its unique architectural aspects.

The question is then, why are more people not visiting Messene?

The obvious answer is because people haven't heard of it… yet.

It's competing with a lot of ‘big name' attractions nearby of course, such as Epidavros, Mycenae, Olympia and Corinth, but even so, it deserves more attention than it gets.

Perhaps this will change over the next 10 years, as Messene is already on a tentative list for UNESCO World Heritage status. Until then, visitors to the Peloponnese should definitely consider adding this under-the-radar archeological site to their list of places to see in Greece.

Where is Messene in Greece?

Ancient Messene is located in the Peloponnese region of mainland Greece. It is next to the village of Mavrommati, and about a half an hour drive from Kalamata.

The drive from Kalamata to Ancient Messene covers just over 30kms, and isn't particularly well sign posted. Our sat-nav struggled at times, but we got there in the end.


Note: You may find signs for Messene written with alternate spellings such as Messini. Whatever you do, don't get it confused with the rather bland market town of Messini, because you will be disappointed!

When you do get there though, you will be rewarded with the opportunity to explore one of the largest and best preserved archaeological sites in Greece.

On to a little Greek history lesson so you've got some background about the site.

Messene was mostly built in 369 BC by the Theban General Epaminondas on the ruins of a much older city of Ithome once occupied by the Messinians but destroyed by the Spartans.

After he defeated the Spartans at the battle of Leuctra, he marched into the lands of Messenia and freed the Messinan helots from Spartan rule.

He then invited the scattered Messinians who had fled to Italy, Africa and other parts of Greece a few generations previously back to their homeland.

The creation of the Greek city of Messene was designed to both protect the Messenians and to break the power of Sparta. Although never totally abandoned, its importance faded away during the later period of Roman rule. 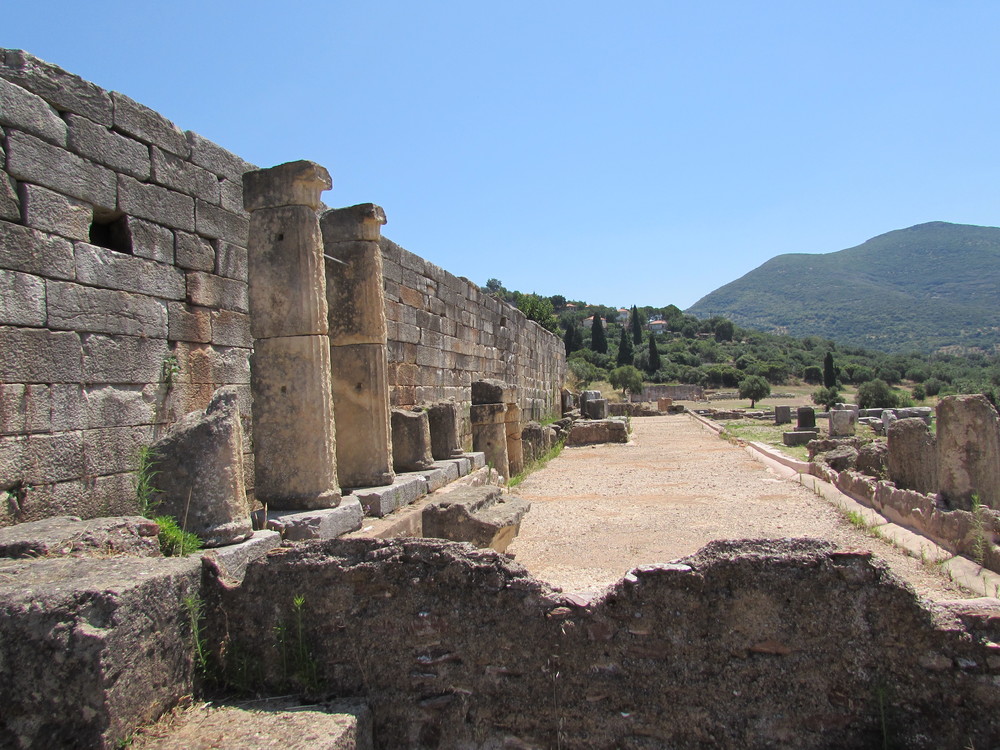 Messene is set in a stunning location, and archaeological excavations are ongoing. It's estimated that only a third of Messene has been uncovvered so far!

Artifacts and other findings are displayed in the Archaeological Museum of Messene which is next to the site. This is definitely worth spending time in after visiting the archaeological space itself!

Excavations of Ancient Messene started in 1828, and since that time, there have also been some reconstructions.

The buildings of Ancient Messini all have the same orientation, with space divided on horizontal and vertical lines using the so-called Hippodamian system. 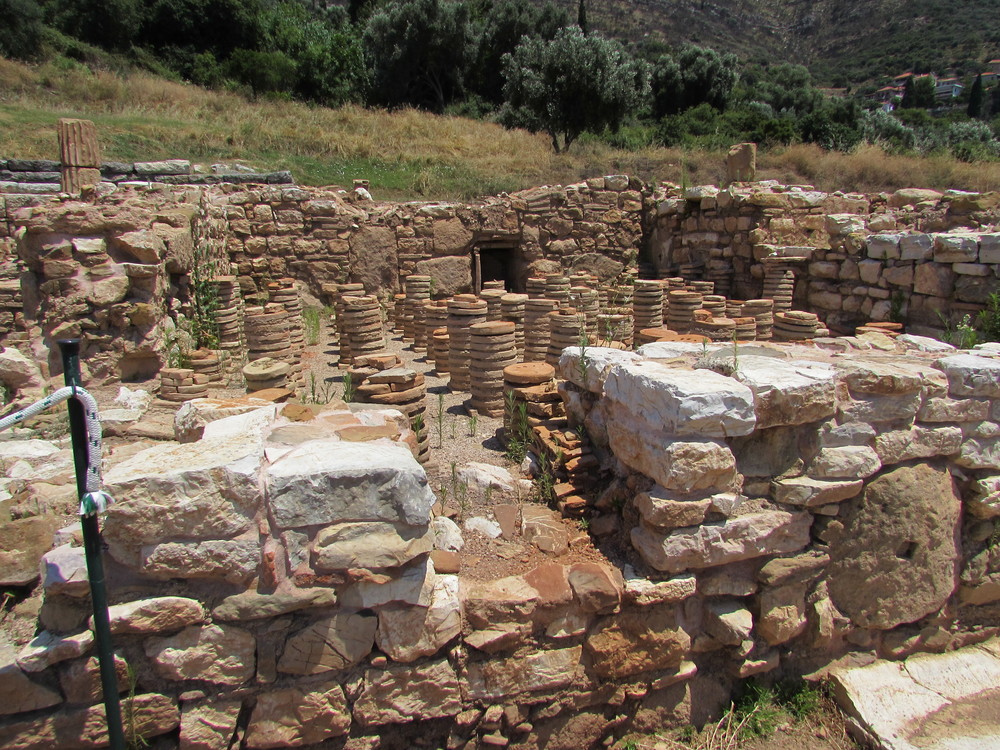 To the visitor, it provides an interesting glimpse upon not only ancient architecture, but also to how people may have lived their lives. 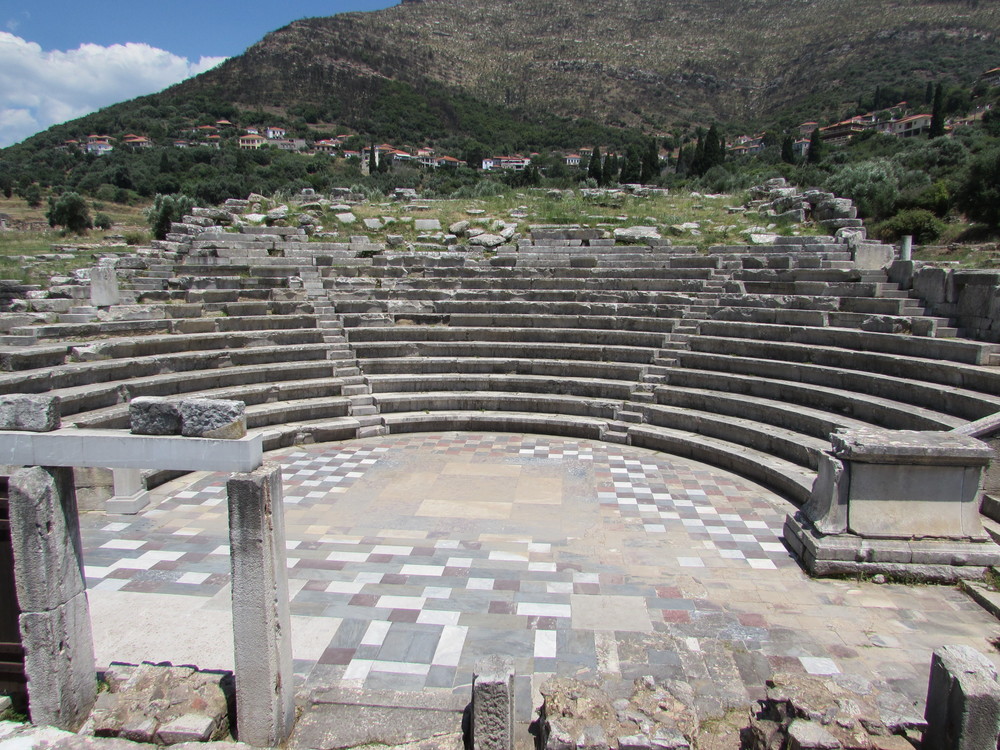 Key points of interest inside the site include:

As far as ancient sites go (and over the years I have visited hundreds such as Tikal, Easter Island, and Markawamachuco), this was one of my favourites. It had just the right combination of preservation, restoration, history, and mystery. 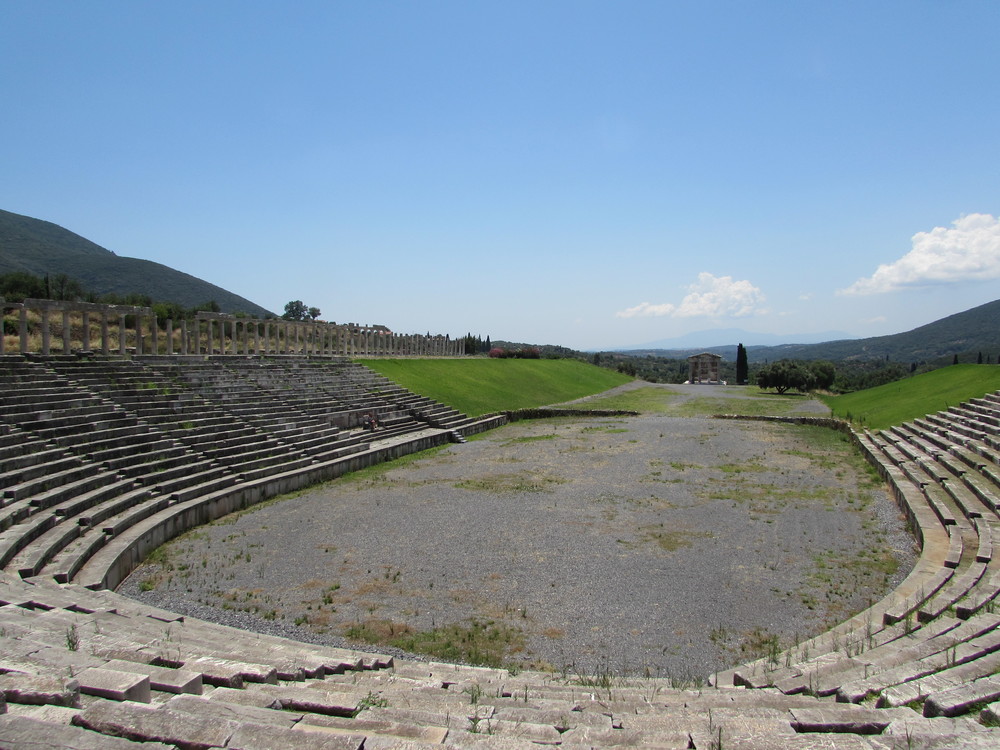 The most interesting part of the complex to me, was the Messene stadium area. Standing inside, it was easy to imagine how gladiators may have fought there during the Roman era.

I actually felt it would have been a great place to fight, with the audience so close you could have seen their faces. Perhaps I used to be a gladiator in a previous life. Or a King. I look quite at home on that throne!! 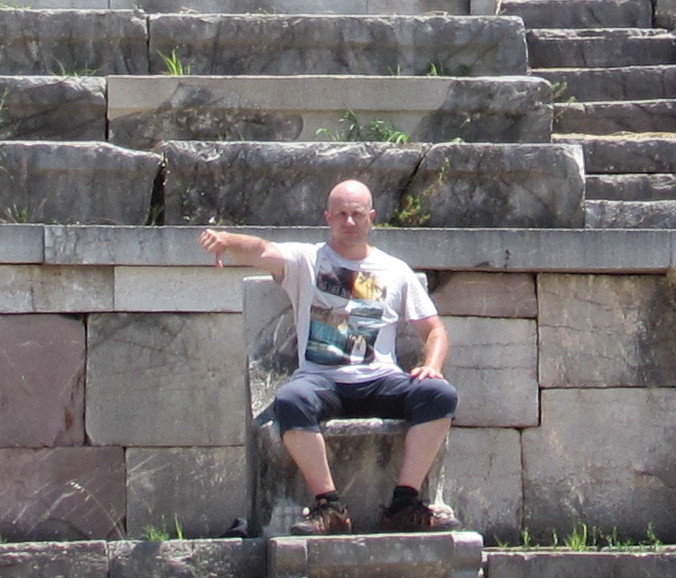 So, read about Ancient Messene before visiting, and when there, explore every track and pathway…. You never know where they may lead!

Ancient Messene is a vast site. Allow at least three hours there to give it the justice it deserves. 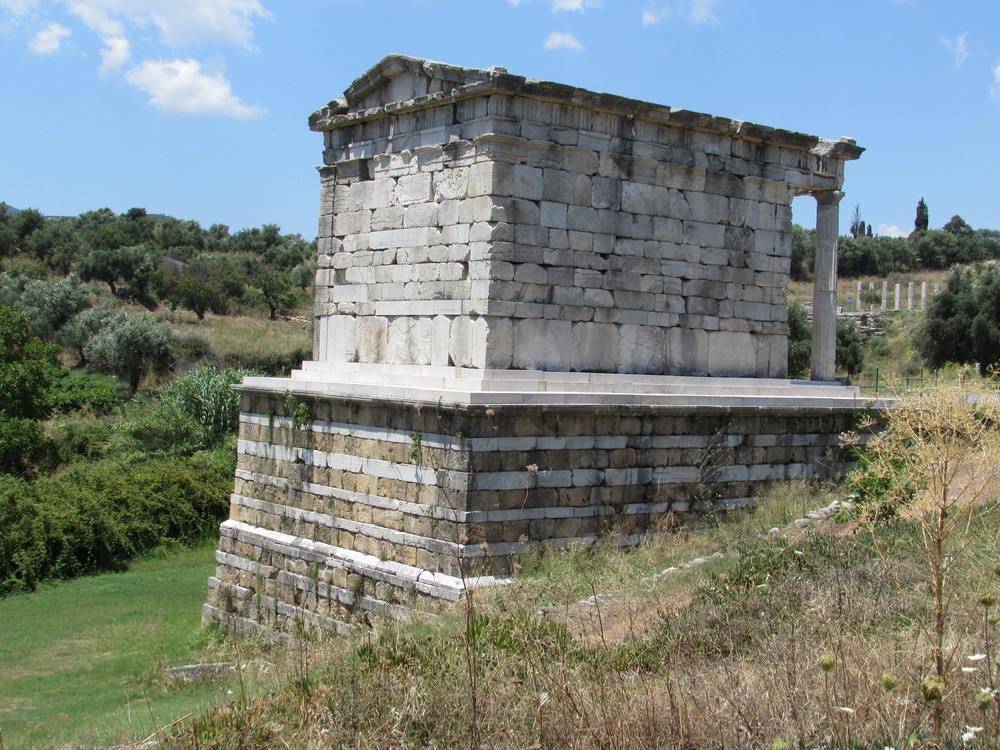 The Peloponnese is packed full of things to see and do. If you are planning to spend some time there, you might also be interested in these other travel guides to attractions in the Messinia Region and beyond.

Pin this Messene guide for later

Planning a trip to Greece? Pin this guide to one of your boards for later. 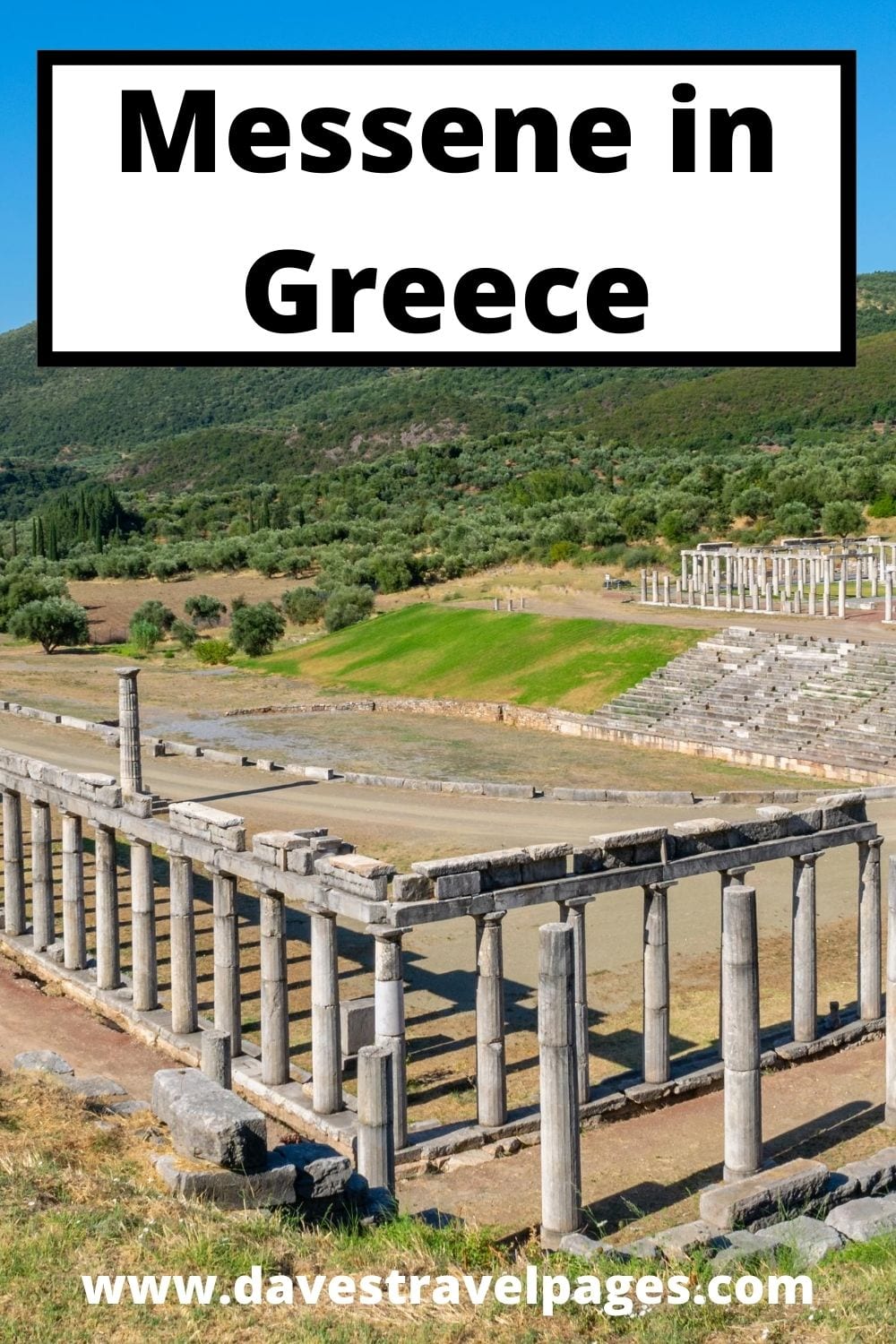