In this blog touring update, I describe the day's cycling from Chavinillo to Huanuco in Per. Part of my 2010 Alaska to Argentina bike touring trip.

All things considered, this was quite a mixed day of cycling. Things started off well, as I left Chavinillo behind me, and began the climb that would see me peak at 4000 metres.

The gringo shouters were being a bit more irritating today. They are not aggressive, it's just that I guess the word is kind of dehumanising. Still, my solution of answering back with buenos dias nobby kept bringing a smile to my face.

Somewhere near the top, I came across a natural rock formation which was called Corona del Inca. 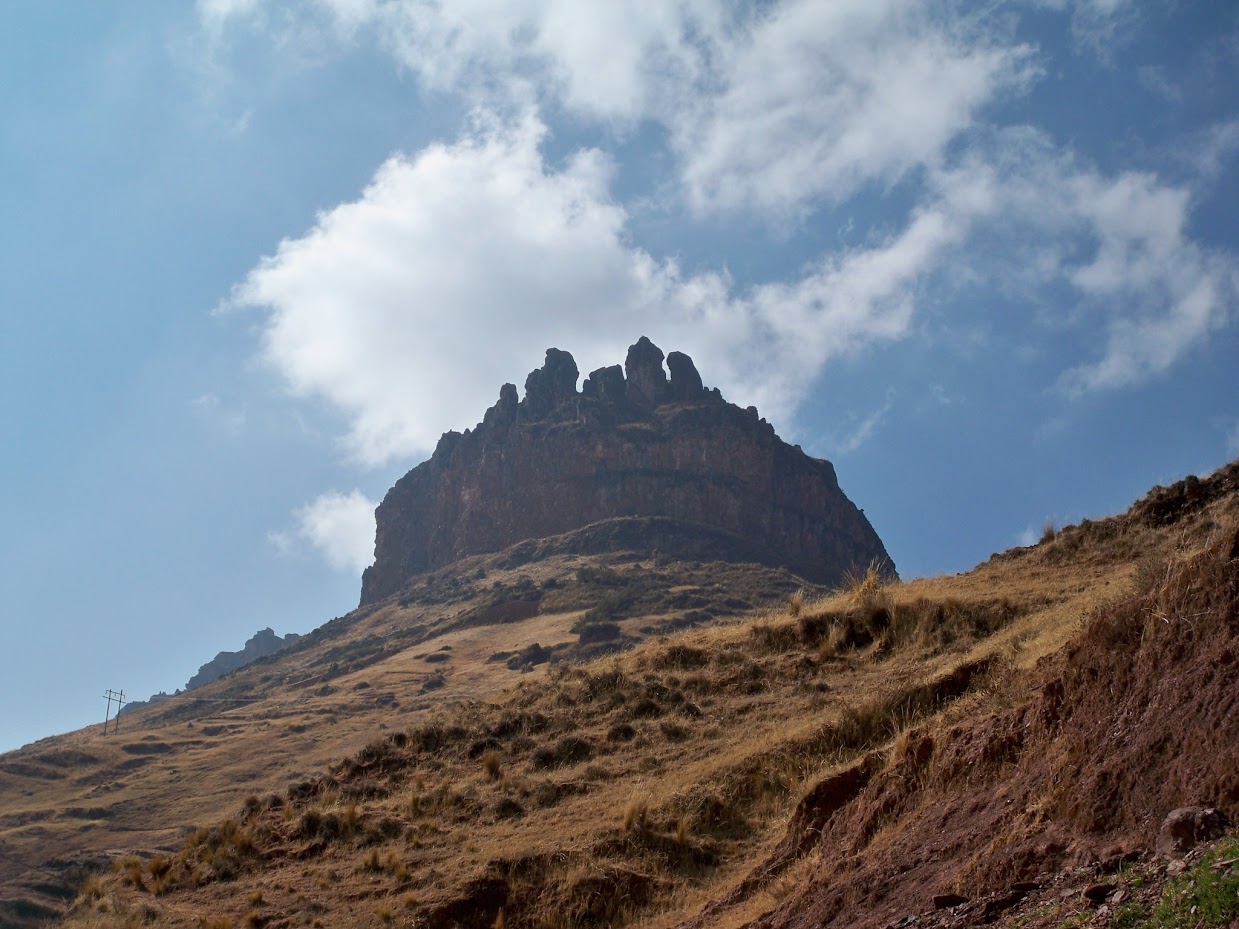 Before I could begin pondering over it though, cycling down the hill came two other cycle tourists. 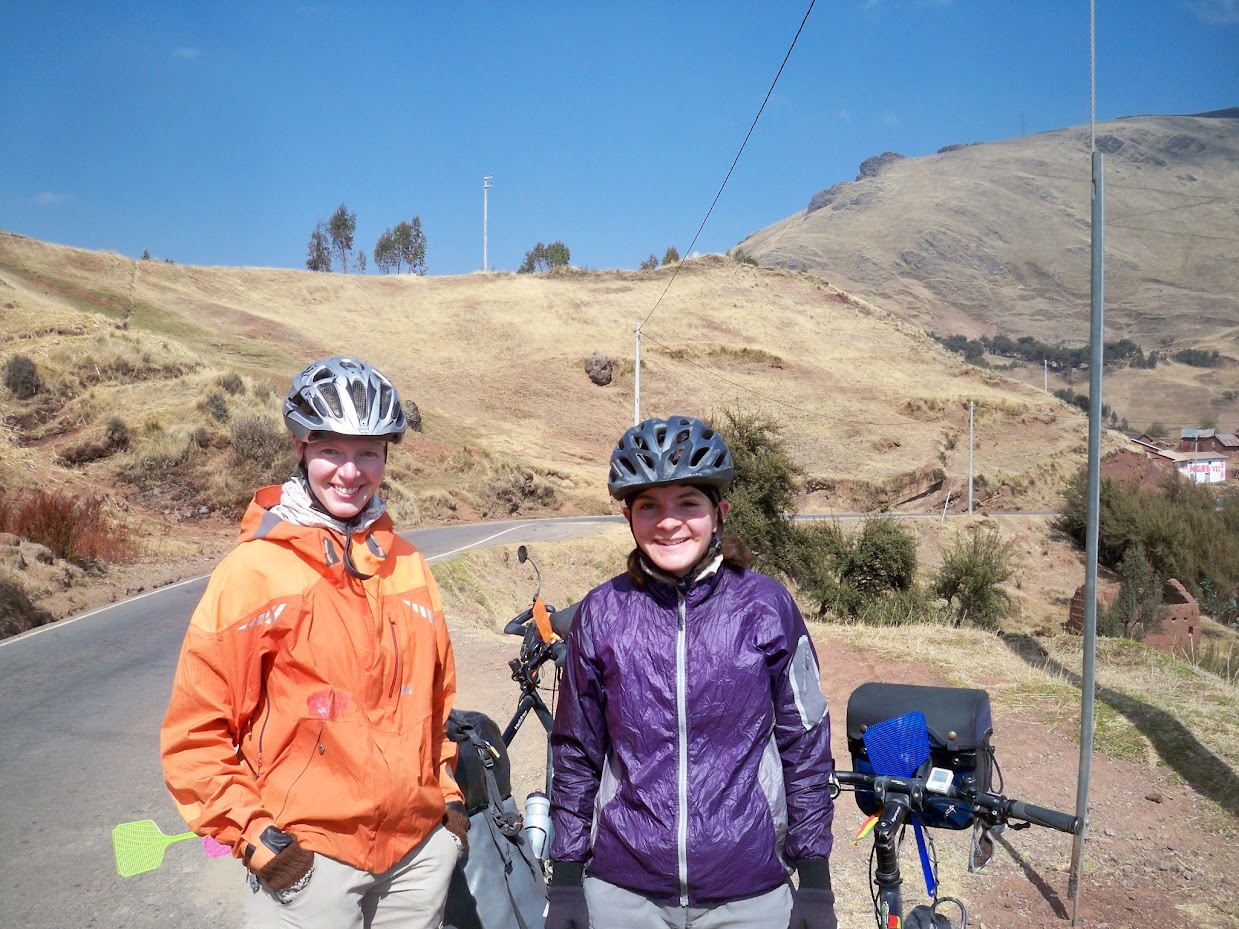 Monika and Martina are from Switzerland, and are cycling from Argentina to Alaska. They’ve been on the road since January, and they are the first cyclists I have seen since Columbia, and the first ones heading in the opposite direction since Costa Rica.

We swapped info for a half hour, and they gave me a leaflet of somewhere to stay in Cusco, which is handy. Then, it was time for all of us to move on.

I had only 2 more km to go to the top, and then came the bit I had been looking forwards too – A 2100 metre descent over more than 40 km.

And to start off with, it was wonderful, not having to turn the pedals as I rocketed downhill.

But as I held onto the brakes, I heard a strange ting ting ting sound from the front wheel. I tried to ignore it, but deep down, I knew what it was. Sure enough, when I checked the front wheel, I could see a huge crack on the rim. 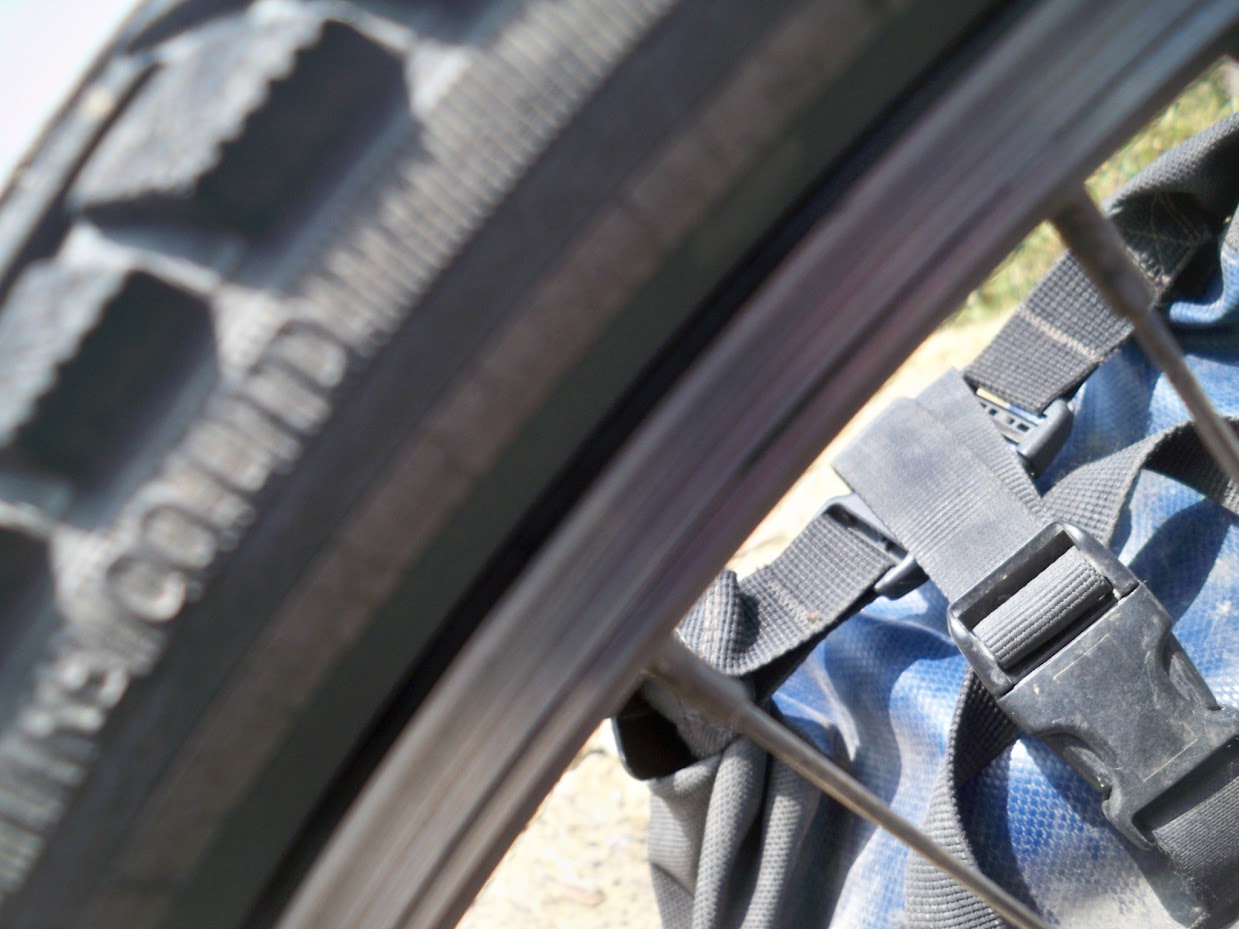 This was definitely not good news. I knew that the rims has suffered from all the heavy braking on the rough roads, but had hoped they would see me through until the end of the trip. With the state the front one was in, I was lucky it saw me through to Huanuco. 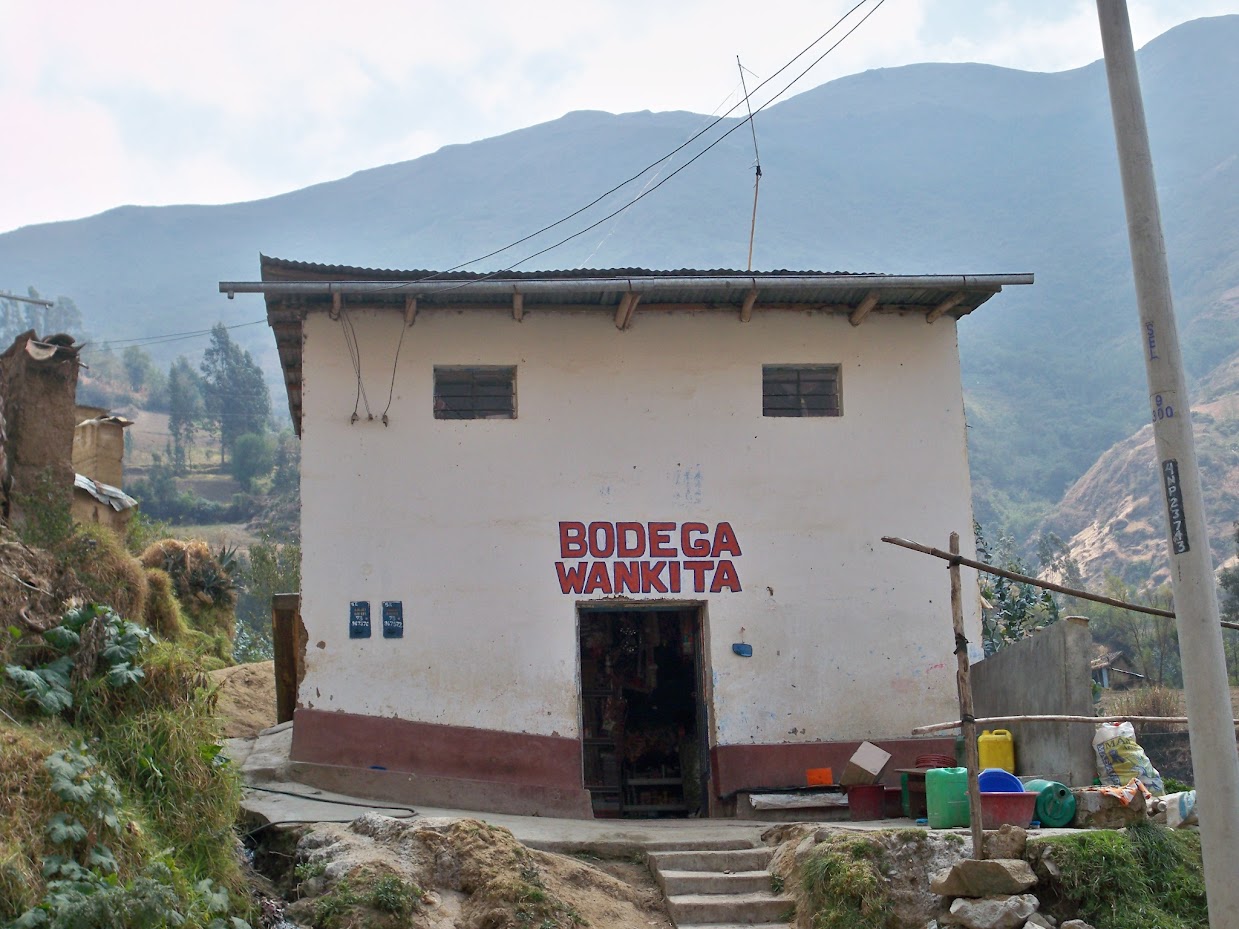 Wankita – That about sums it up really !

The next 30 kms were quite a nerve wracking experience, as I wasn’t sure if the wheel would collapse under me or not.

I eventually made it into Huanuco though, and found some cheap digs on the main plaza at 20 soles. Huanuco is a big place, and I am sure that I can get a new rim here, although I am not expecting much in terms of quality. 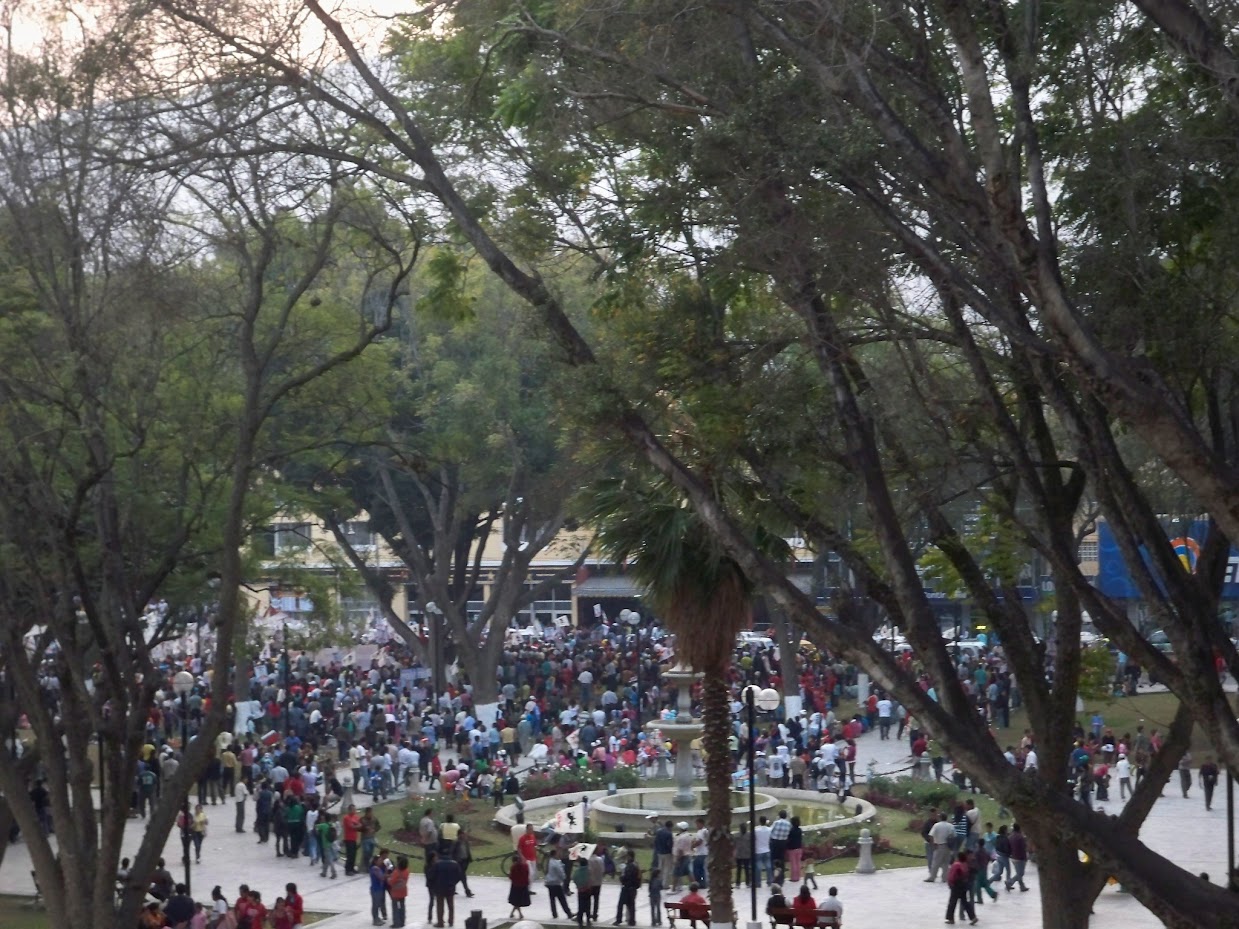 Later afternoon and night, there was a political rally on the main plaza, with occasional music blasted out. Its not often I have heard Africa volume beaten, but the windows in the hotel were shaking through the bass vibrations.

And here's some bike touring gear articles you might want to read: