Last Updated On December 10, 2020 by Dave Briggs Leave a Comment 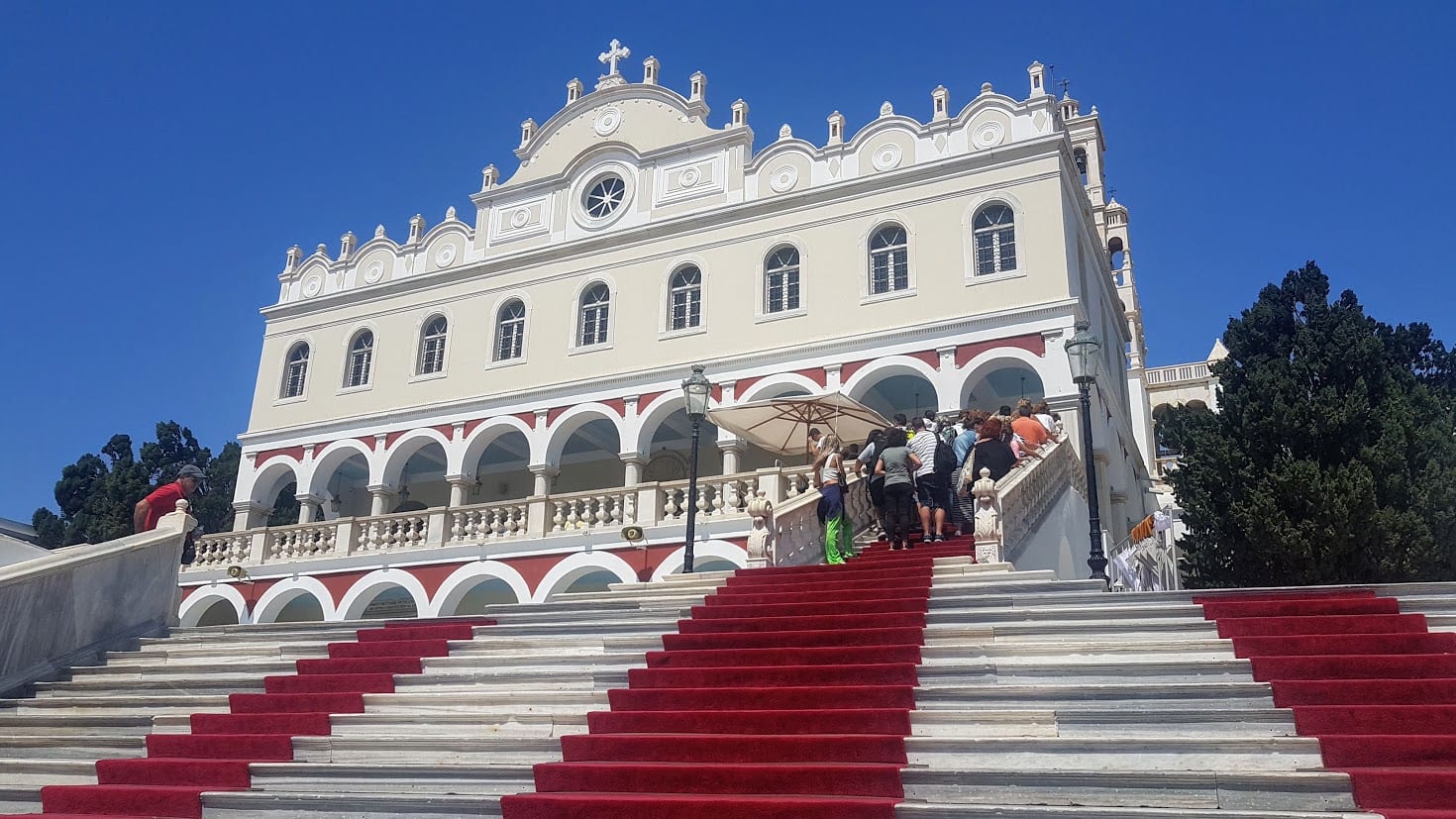 If you take a look at the map, you'll notice that Tinos is situated some way from Santorini. It's also set apart from the more popular clusters of Cyclades islands people tend to visit.

This means, that to a certain extent, tourists from other countries barely give Tinos much consideration when it comes to choosing which Greek islands to visit.

This is both a shame and a a good thing. It's a shame because they are missing out, but a good thing that tourism has not changed the island to the extent it has on some of the others.

I absolutely love Tinos – so much I helped write a book about it which you can get on Kindle! (Shameless plug – Andros and Tinos Guide Book).

I've also got some travel blogs here that might help you plan how to spend your time in Tinos, Greece: 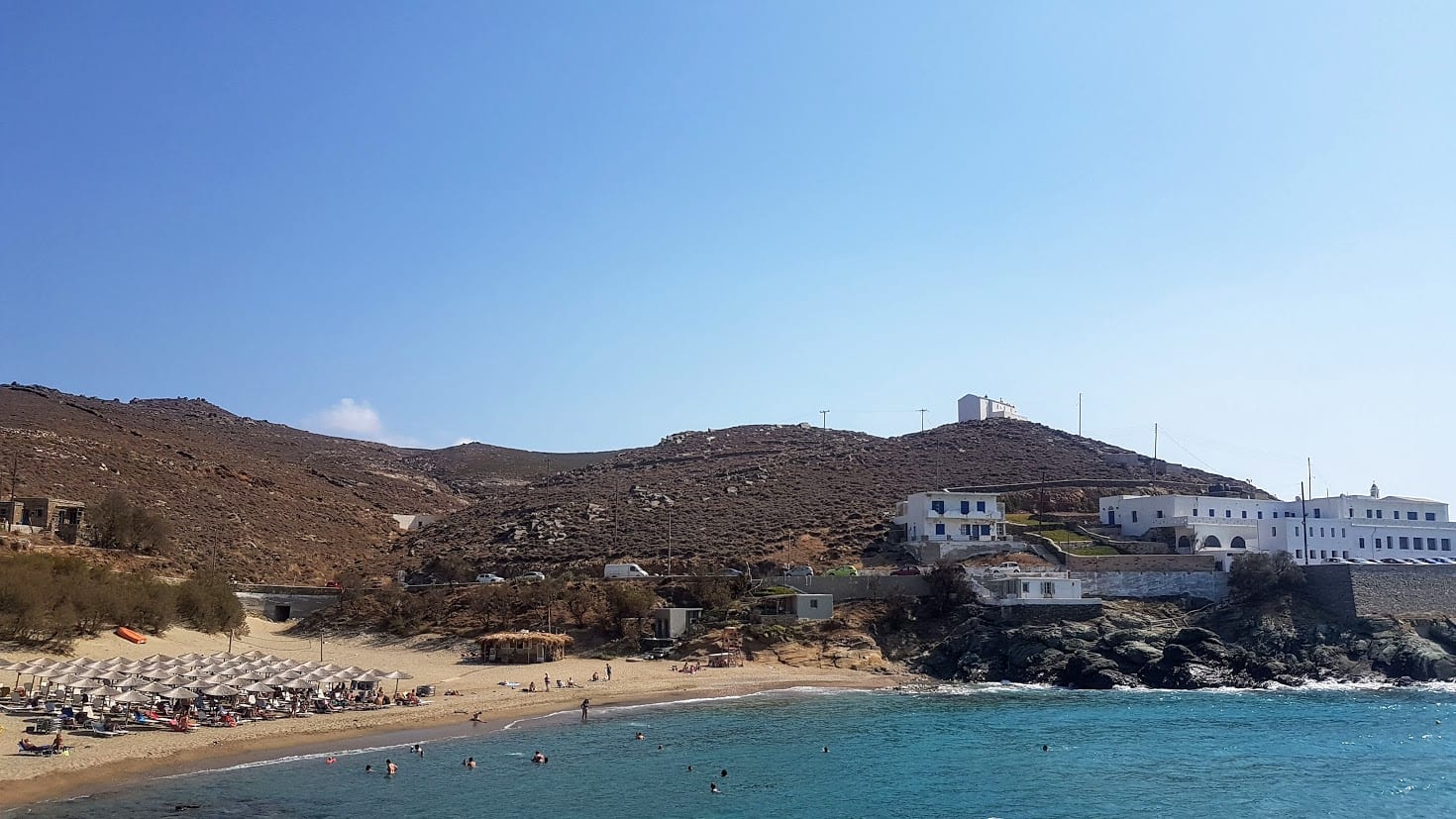 How to get from Santorini to Tinos

There is no airport in Tinos island, so the only way to make a trip from Santorini to Tinos is by ferry.

During the peak travel season, you might expect up to 2 ferries per week from Santorini to Tinos. These direct ferries to Tinos from Santorini are operated by Minoan Lines and Golden Star Ferries.

If you wanted to get to Tinos another way from Santorini, you could take an indirect ferry. This would involve sailing to another island such as Mykonos from Santorini, and then swapping ferries to sail from Mykonos to Tinos.

You can plan Greek island hopping routes such as this at Ferryhopper.

Direct Ferries to Tinos from Santorini

Passenger tickets for the Santorini Tinos route start from around 50 Euro. There can be seasonal price rises as well as discounts.

The best place to look at up to date schedules and book tickets online is Ferryhopper.

What to see in Tinos Greece

Take a look here for some things to do in Tinos: 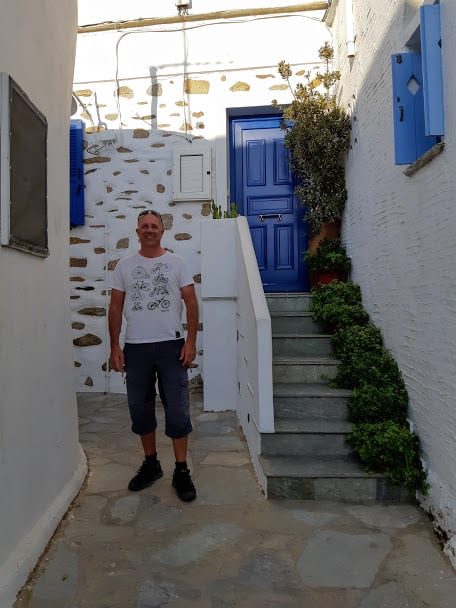 How to get from Santorini to Tinos FAQ

Questions that people often ask about traveling to Tinos from Santorini include:

How do we get to Tinos from Santorini?

Is there an airport on Tinos?

As there isn't an airport in the island of Tinos, the only way to take the journey from Santorini to Tinos is to take a ferry. The closest airport to Tinos is in Athens, the Greek capital.

How long is the ferry ride from Santorini to Tinos?

The ferries to the Cyclades island of Tinos from Santorini take between 5 hours and 3 hours. Ferry operators on the Santorini Tinos route may include Minoan Lines and Golden Star Ferries.

How can I buy tickets for the ferry to Tinos? 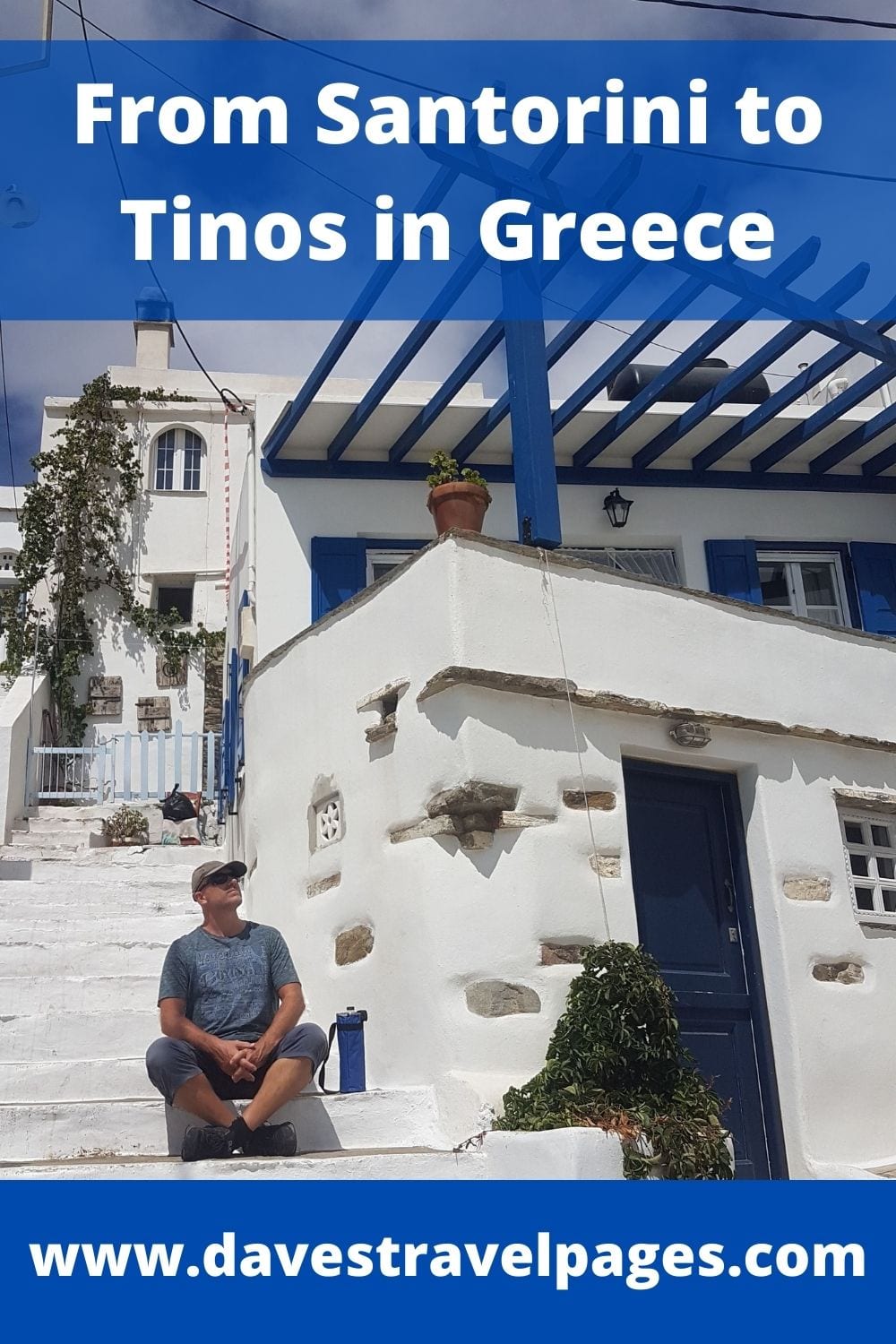 Dave is a travel writer who's been living in Greece since 2015. In addition to travel guides such as this one about how to get from Santorini to Tinos, he's also contributed to the Real Greek Experiences guide books on Greece. Check out the Andros and Tinos travel guide on Amazon!