The Jewish Museum of Greece was established in Athens in 1977. Its purpose, is to preserve the traditions and culture of the Greek Jewish community.

A visit to the Jewish Museum in Athens, reveals a little known history of Jews in Greece that stretches back over 2000 years.

From the Romaniote Jews in Rhodes of the 4th century BC, to the devastation of the community in the Holocaust, the museum tells a story of bravery, sadness, and hope. 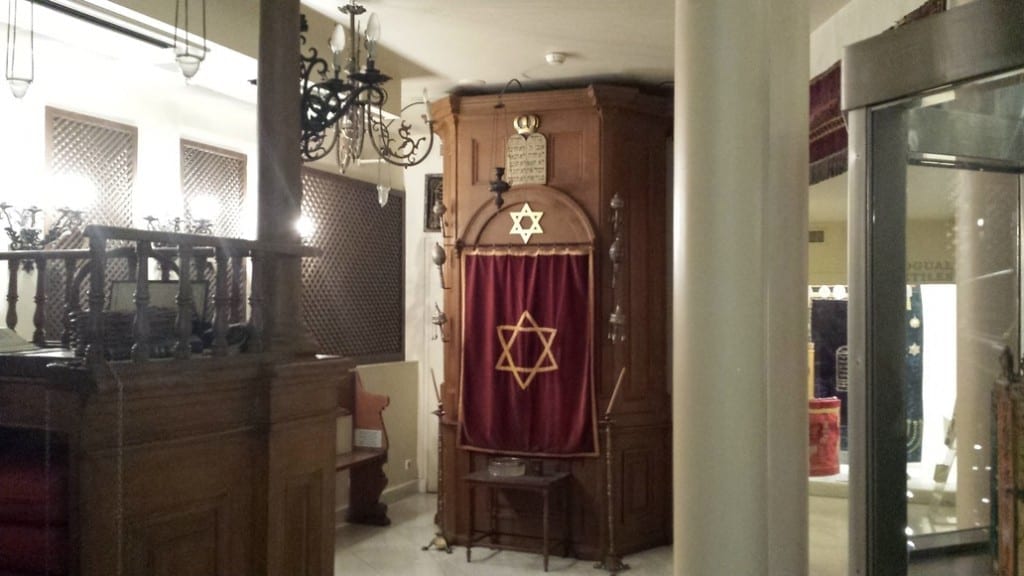 The Jewish Museum of Greece is housed in a neo-classical 19th century building, which has been completely renovated.

The exhibitions are laid out over four floors, although due to the spiral staircase, it feels like there are 7 or 8! All the floors have different areas and themes.

The lowest level acts as an introduction to people unfamiliar with the Jewish faith. It contains a restored interior of an old Romaniote Synagogue from the Jewish community of Patras.

The second level introduces the visitor to the various Jewish holidays, and exhibits items such as a candelabra, musical instruments, and items of religious value that might be found in people's homes.

All these items have been donated to the museum by members of the Greek Jewish community. 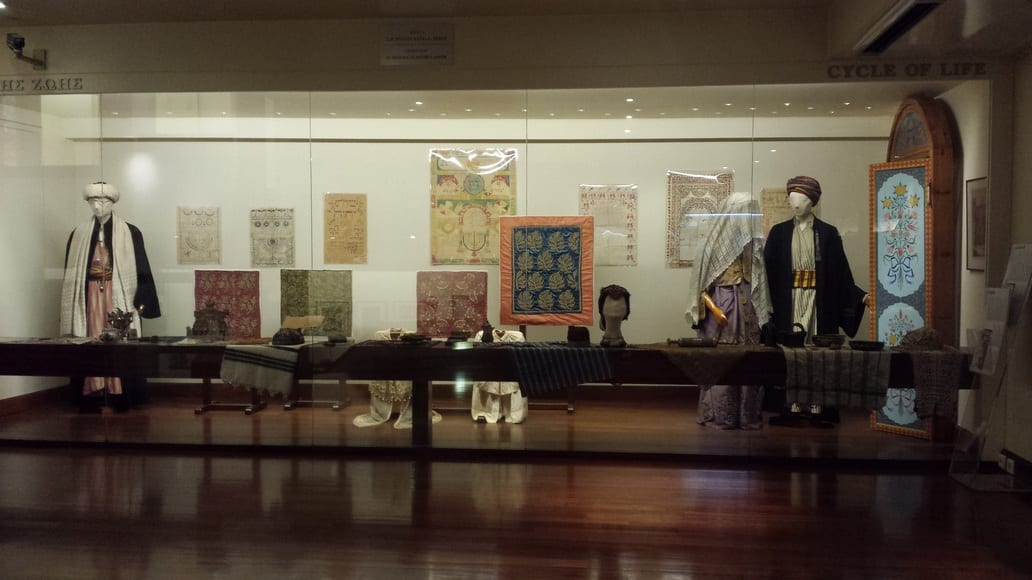 The third area of the Jewish Museum in Athens, displays many documents, photographs, and newspaper articles which describe the presence of Jews in Greece from the distant past through to the late 19th century.

There are many interesting sections on the contributions that Greek Jews played in the struggles to build an independent nation. 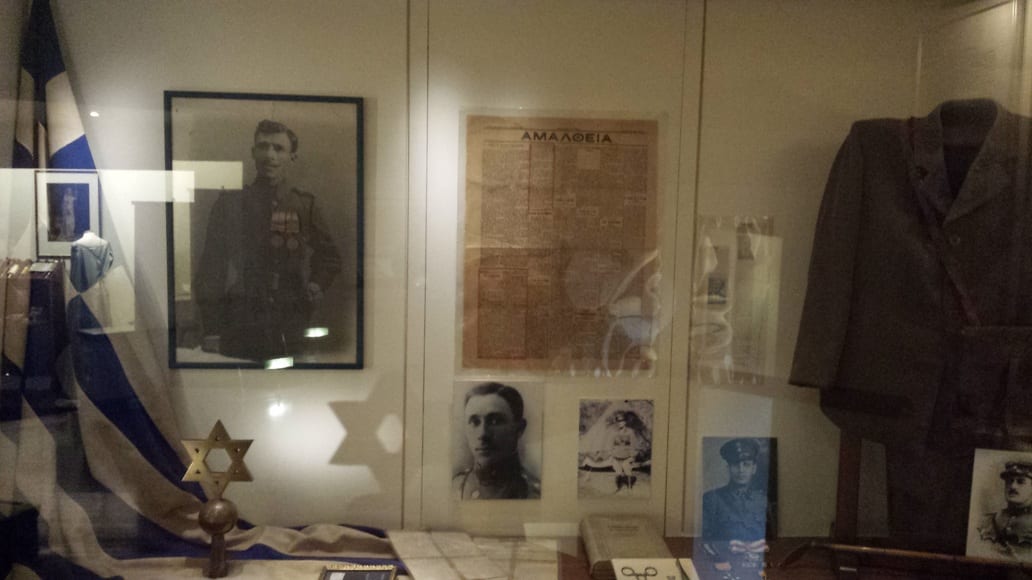 Surprisingly little space was given to the great fire in Thessaloniki of 1917. This massive fire destroyed mainly the Jewish section of the city, and left over 50,000 Jews homeless. In fact, at this point of time, the city of Thessaloniki had a majority Jewish population.

For me though, the most thought-provoking level was that dedicated to the Holocaust of World War 2. Reading how the Greek Jewish community was forcibly removed to concentration camps, reminded me of my visit to the Makronisos Political Exile Museum a few weeks earlier.

This though, was on a scale that is simply too difficult to grasp. The pre-war Greek Jewish community numbered around 73,000 people. It is estimated, that 90% of these died in the Holocaust. 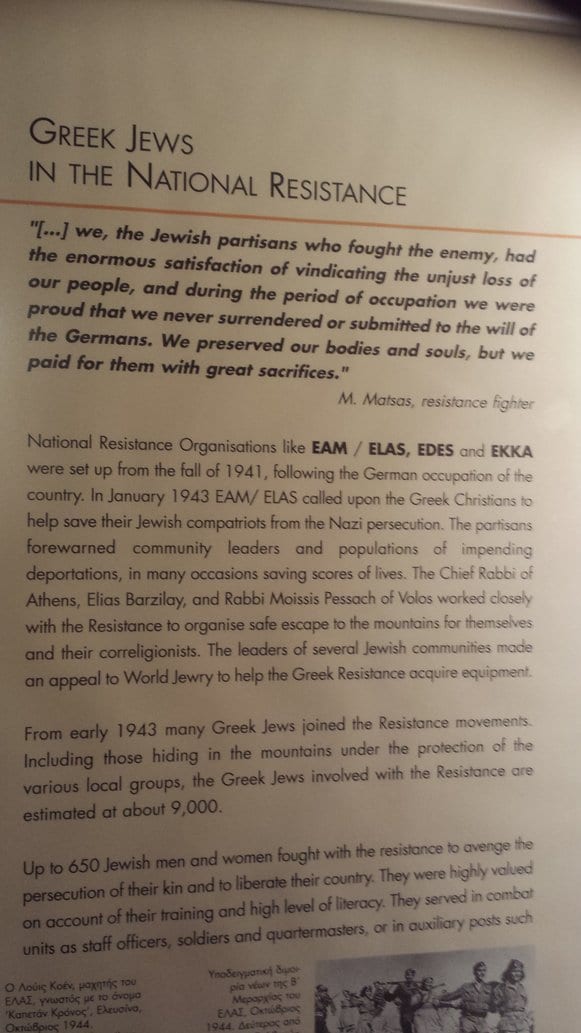 The Bishop of Zakynthos

There was also an amazing story, which involved the Jews of Zakynthos. Bishop Chrysostomos of Zakynthos a very influential figure, managed to persuade the Germans to spare the lives of the Jewish communities there.

To be on the safe side, the islanders also spirited the Jews away, and kept them out of sight of the Germans. As a result, not one Jew died during the war on the island. Bishop Chrysostomos was later given the title of “Righteous Among the Nations” by Israel.

My Thoughts on the Jewish Museum in Athens

The Jewish Museum of Greece in Athens is a sobering, at times emotional, and thought provoking place to visit.

Not only because of the obvious things to be learned in regards to the Holocaust of World War 2, but also because of the way the Greece Jewish museum made me think about the concept of nationhood, nationality, and ethnicity.

During my journey to visit all the museums in Athens,  this is something I have been trying to define. What makes a person Greek? Is it where they are born, the language, or the religion?

In some regards, (and I am sure this will not go down well with some people!), the Greeks and Jews have many things in common. This is why I would highly recommend that Greeks as well as foreign tourists should visit the museum to find out more about Jewish history in Greece. 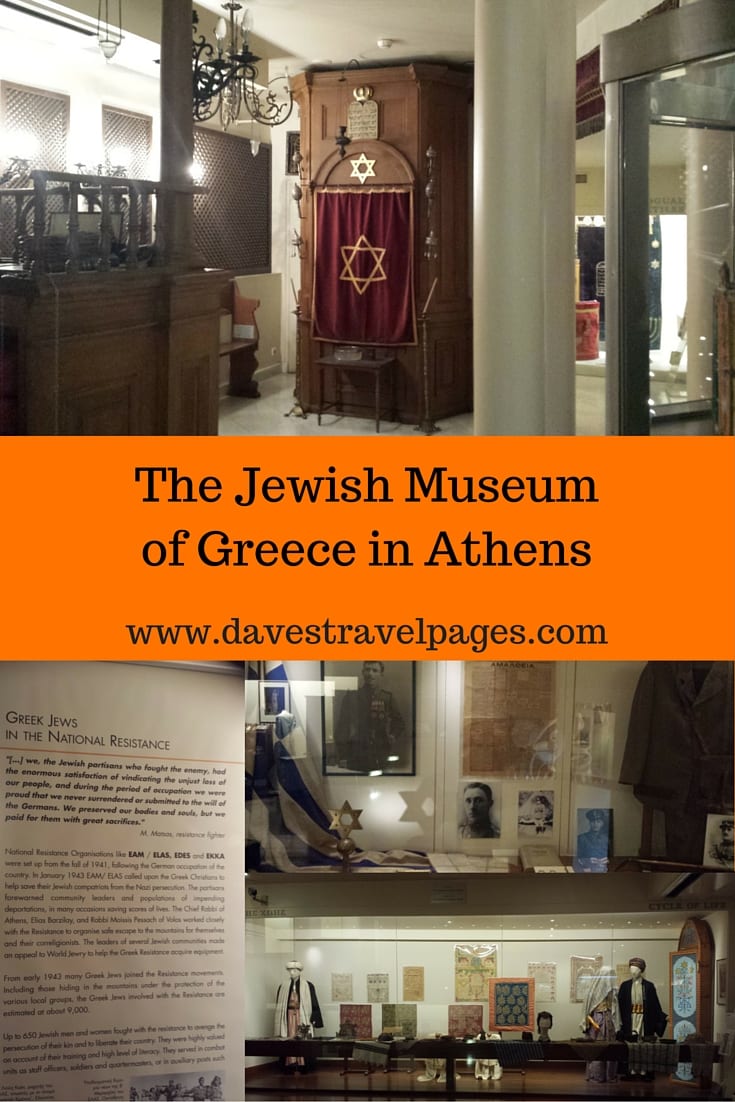 Useful Information About The Jewish Museum of Greece

The museum can be found at Nikis 39, Athens 105 57, and the closest metro station is at Syntagma.

The Jewish Museum of Greece is closed on Saturdays.