Today, I would cycle to another significant stopping point of my journey – Panama City. First though, I had to get across the Bridge of the Americas. 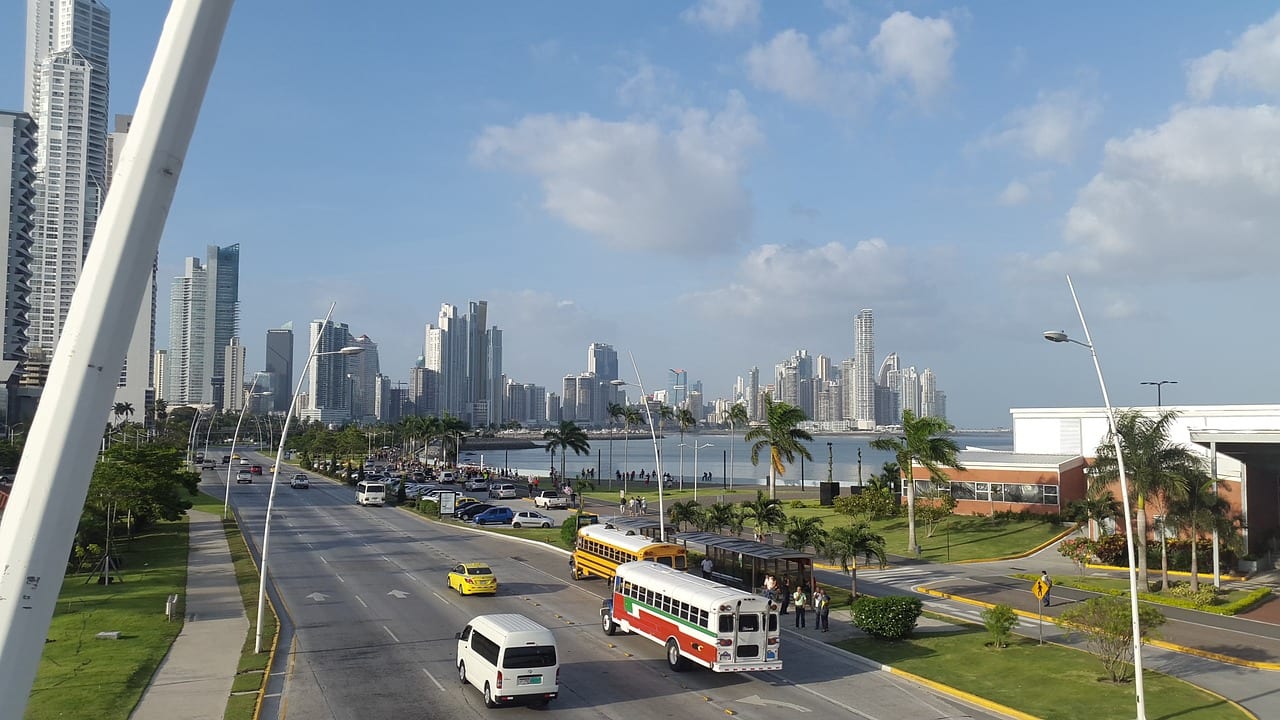 I was on the road for 07.00, and after a quick stop off for a can of Monster, pushed on until I reached the Bridge of the Americas.

(For those of you who may be unaware of what Monster is – Monster is an energy drink).

Monster has a strange effect on me, and whether or not its physical or psychological, it definitely gives me a boost.

I feel a lot stronger after drinking one. It wouldn't have the same effect if I drank one every day, so I normally reserve it for “City cycling”. Of course, I could just be talking out of my arse… you'll need to make your own mind up !

Cycling across the Bridge of the Americas

On reaching the Bridge of the Americas, I was pulled to one side at the army checkpoint.

The official line is no cycling over the Bridge of the Americas in Panama, but there is a 50/50 split of touring cyclists who manage to talk their way into cycling across.

Unfortunately, I fell on the “no cycling” side today, despite me trying my hardest, and was put in the back of a truck for the span of the bridge.

A bit annoying, but on the positive side, I got to chat with some randoms in the back of the truck I otherwise wouldn't have met.

Tip – Cycle into Panama City on a Sunday

On the other side of the bridge, it was back on the bike, and into Panama City. I had geared myself up for craziness, but I think because it was Sunday, the traffic was much quieter, and I had one of the easiest entries into a capital city yet. 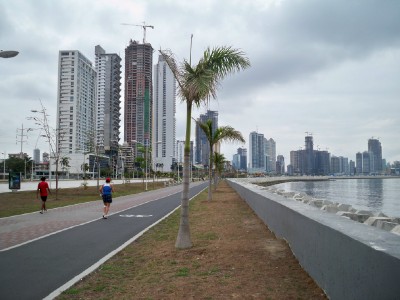 A handy bike path that followed the waterfront also made life a little easier. 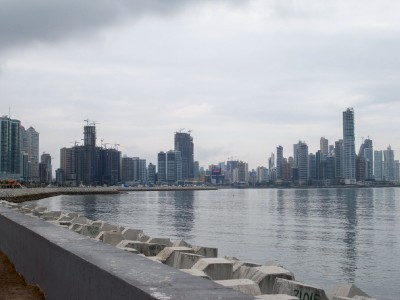 Locating Hostel Zulys, I booked into the dorm and relaxed. One continent down and one to go!

I celebrated in style with not only a McDonald's lunch (surely I am due to be sponsored by them at some point!!), but also a visit to an Italian restaurant at night where I managed to eat two meals. Sweet !!