Last Updated On July 23, 2022 by Dave Briggs Leave a Comment

You can take a direct ferry from Milos to Kythnos twice a week on Zante ferries during the summer months. This guide has all the travel information you need. 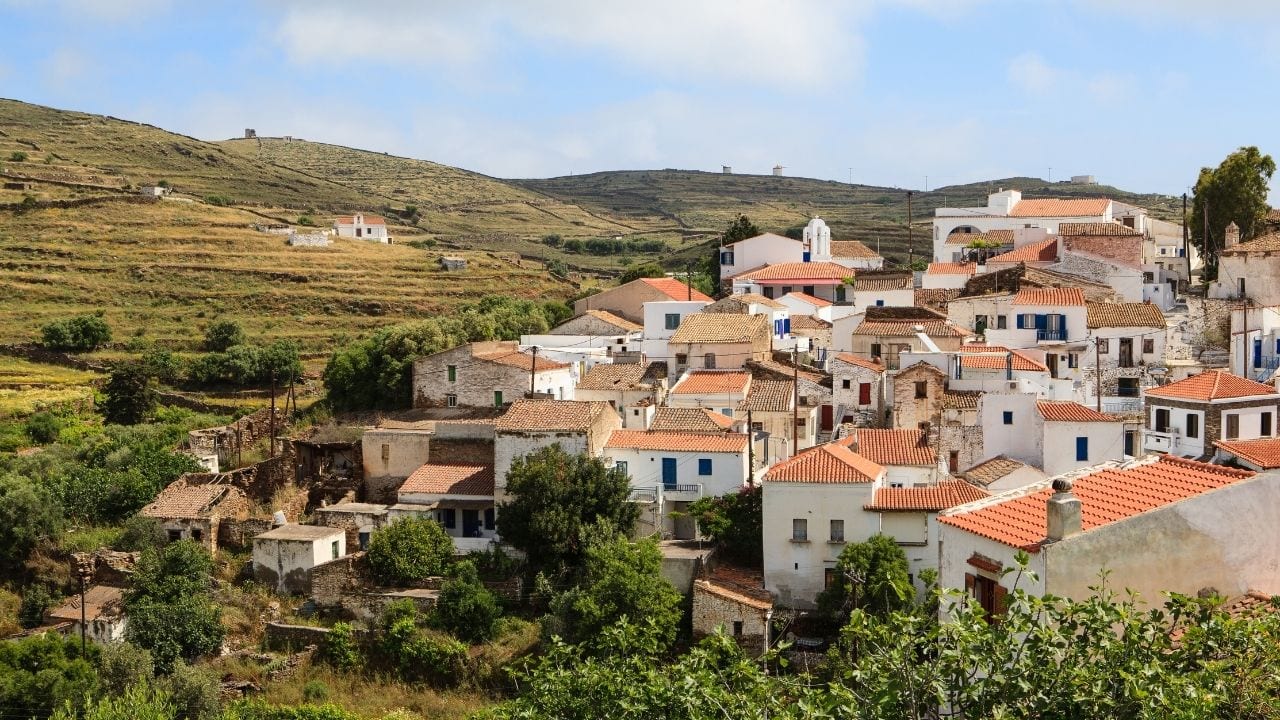 How to get from Milos to Kythnos

If you're planning to travel to the Greek island of Kythnos directly after Milos, you'll be heading away from the main cluster of Cyclades islands and back in the direction of Athens.

In fact, Kythnos can make a very good ‘last stop' if you are traveling back to Athens for a flight home. It has a fantastic mix of hiking paths, beaches, and architecture.

Kythnos also makes a good choice if you want to visit Kea island, as there are no direct ferries from Milos to Kea. After spending a couple of days in Kythnos, you could then take a local ferry from Kythnos to Kea. That would add an extra island to your Greek island-hopping adventure!

For now though, let's concentrate on how to get from Milos island to Kythnos. Flying is not an option, as although Milos has an airport, Kythnos does not. This means you'll need to take a ferry from Milos to Kythnos.

Direct Ferries to Kythnos from Milos

During the the months of July, August, and September, there are 2 ferries per week sailing from Milos to Kythnos. These ferries to Kythnos from Milos are operated by Zante Ferries, and are usually pretty cheap with some tickets starting from as low as 12 Euro.

The journey time for the Milos Kythnos ferry is just under 4 hours. The easiest way to book ferry tickets online is by using Ferryhopper.

Note that summer schedules are not normally uploaded until a couple of months in advance.

Indirect Ferries from Milos to Kythnos

If the 2 ferries a week on the direct Milos Kythnos ferry route are not frequent enough for you, consider looking at taking an indirect ferry from Milos to the island of Kythnos.

Typically, this would involve a ferry from Milos to Syros, and then another ferry from Syros to Kythnos.

During the high season, it would give you more travel options of getting from Milos to Kythnos, but a lot would depend on the ferry schedule at the time you want to sail between the Greek islands.

You should be aware that this option would be a lot more expensive than waiting for the Zante Ferries, but on occasion, may be the only way to travel especially if seasonal demands cancel a Milos Kythnos ferry mid-week.

A few travel tips for visiting the island of Kythnos:

How to get from Milos to Kythnos FAQ

A few of the frequently asked questions about traveling to Kythnos from Milos include:

How can I get to Kythnos from Milos?

The best way to make the trip from Milos to Kythnos is by ferry. There are 2 ferry connections per week sailing to the Greek island of Kythnos from Milos.

Is there an airport on Kythnos?

The Cyclades island of Kythnos does not have an airport. The closest airport is on the nearby island of Syros.

How long is the ferry crossing from Milos to Kythnos?

The ferries to the island of Kythnos from Milos take between 3 hours and 50 minutes and 3 hours and 55 minutes. Ferry operators on the Milos Kythnos route may include Zante Ferries.

I find that the Ferryhopper website is the best place to book ferry tickets online. Although I recommend you book your Milos to Kythnos ferry tickets in advance, you could also use a local ticket agency in Greece. 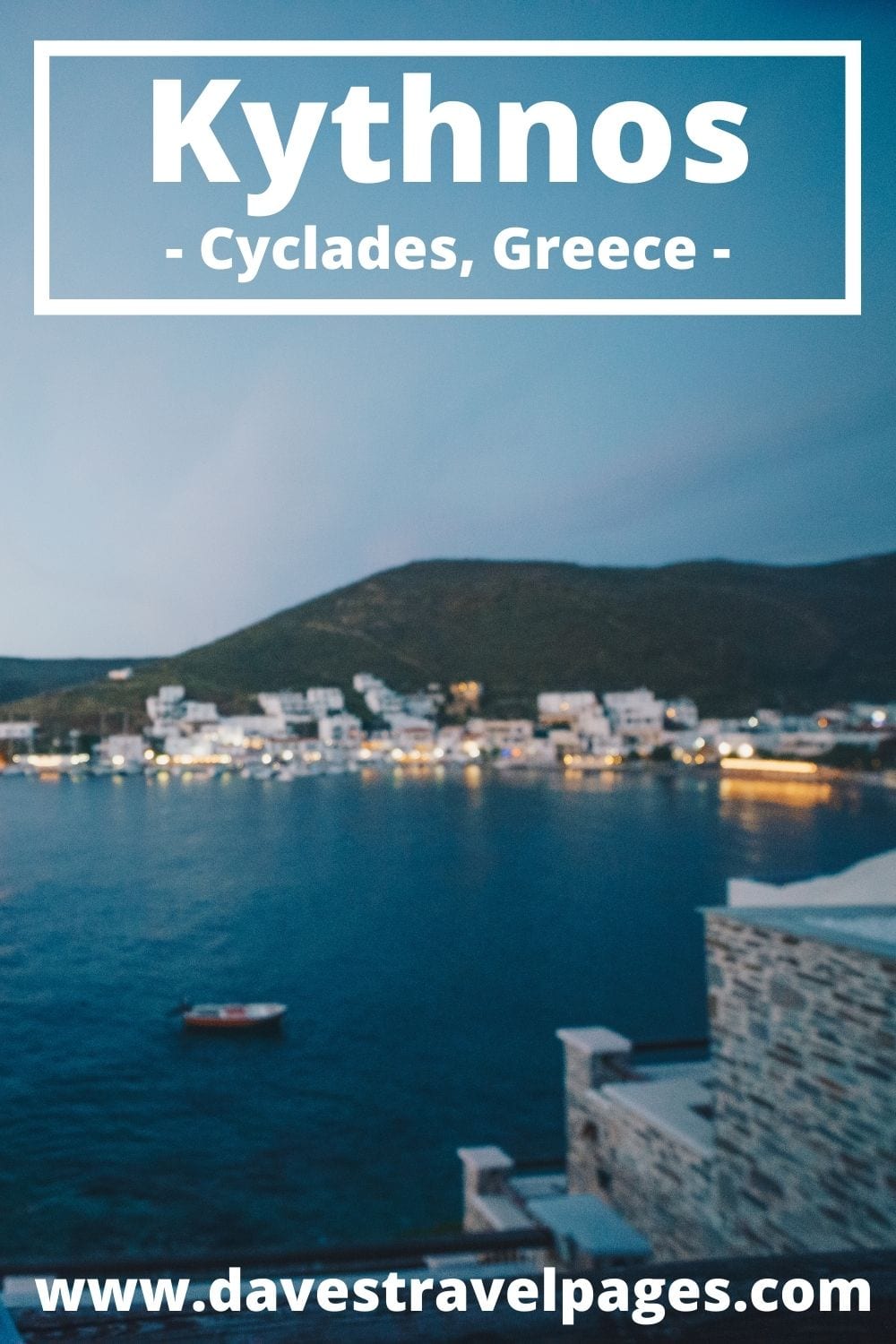 I hope you found this guide on taking ferries between Milos and Kythnos useful. Have any questions about ferry services and ferry companies in Greece? Leave a comment below and I'll get back to you!

– Dave Briggs
Dave is a travel writer living in and writing about Greece. As well as creating this travel blog post about ferries from Milos to Kythnos, he's created many other Greek island travel guides. Follow Dave on social media for travel inspiration from Greece and beyond: