Last updated on March 17, 2019 By Dave Briggs Leave a Comment

The first night's sleep in the makeshift shelter I had to construct, and then I cycled from Twin Harbours to Bruceport County Campground.

The night in the shelter

I slept well, and it didn’t rain during the night. Probably just as well, as the temporary shelter I constructed due to the pole failures would be about as waterproof as a sieve!

During the night, I realised that the tent was now finished. Whilst it might be possible to get poles shipped out to me, I simply didn't have the time to wait for them. The only real option was to just carry on along the cycling route, and then buy another tent from a store when I found one.

So, I decided until that happened, I might as well give my new sleeping system a name.  The full title was Dave's Makeshift Tent… or the D-Ment for short! So, if you see the D-Ment mentioned in future blog posts, you'll know what it means. 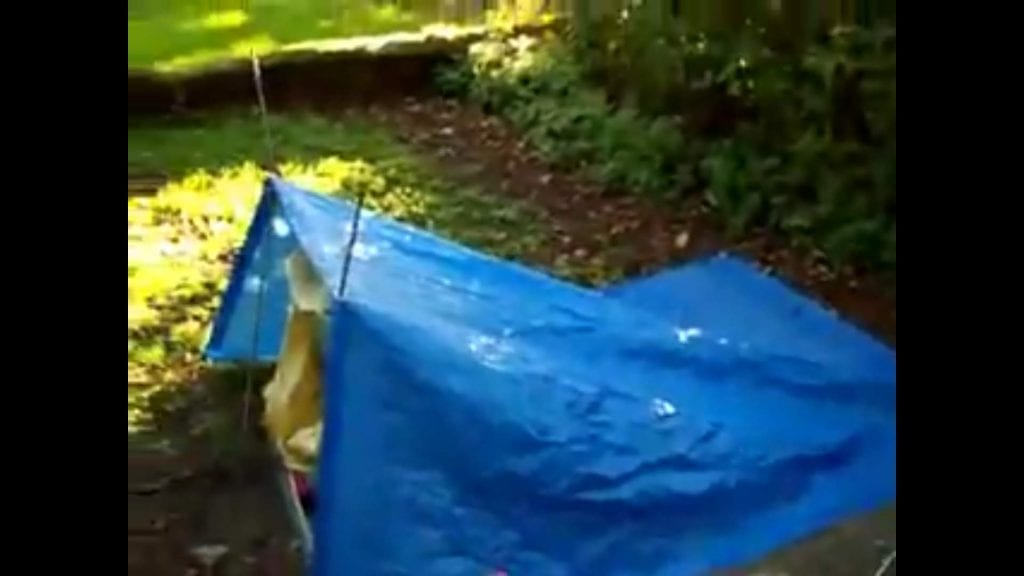 Sleeping in the D-Ment was no different than sleeping in a regular tent. Well, it was a little more coffin like I suppose. Packing it away was relatively easy, and it was on with the day's cycling.

There were more easy roads, with a tailwind helping along for good measure. I called it a day at Bruceport County campground, which had 10 dollar hiker/biker sites good showers (in which I did my laundry), and a covered area with electricity where I recharged all my gear.

The D-Ment went up easily, and I forgot to mention that I purchased an additional tarp to use as a ground sheet.

The big test for the D-Ment will of course be when it rains, but I’m not particularly praying for that event to happen!

At the campground, two Canadian cyclists who I met briefly at the last camp ground showed up, who are cycling to Mexico. Looks like we will be leapfrogging each other for a few more days yet. Tomorrow should be my last day in Washington State before I enter Oregon.