The Municpial Gallery of Athens is one of the lesser visited museums in the city, but an interesting place nonetheless. Here's more about it.

The Municipal Gallery of Athens is one of a number of museums in Athens which are housed in more than one building. This can make it quite confusing in the sense of defining what the museum and its exhibits are about.

In the case of The Municipal Gallery of Athens, it has both permanent and temporary exhibitions featuring mainly Greek artists and works connected with Greece. 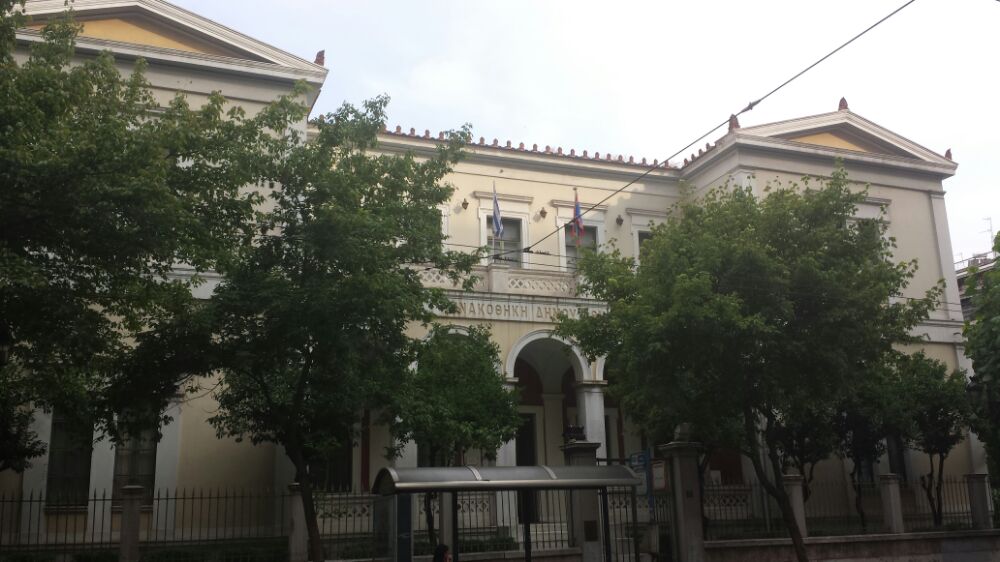 The first building I visited, is found at  51, Piraios Street on Eleftherias (Koumoundourou) Square.

This was the original  building of the Municipal Gallery of Athens, and although a few years ago it was closed down when the new ones opened, it has been reopened again.

The building itself is something of an architectural gem, dating back to the late 1800's. 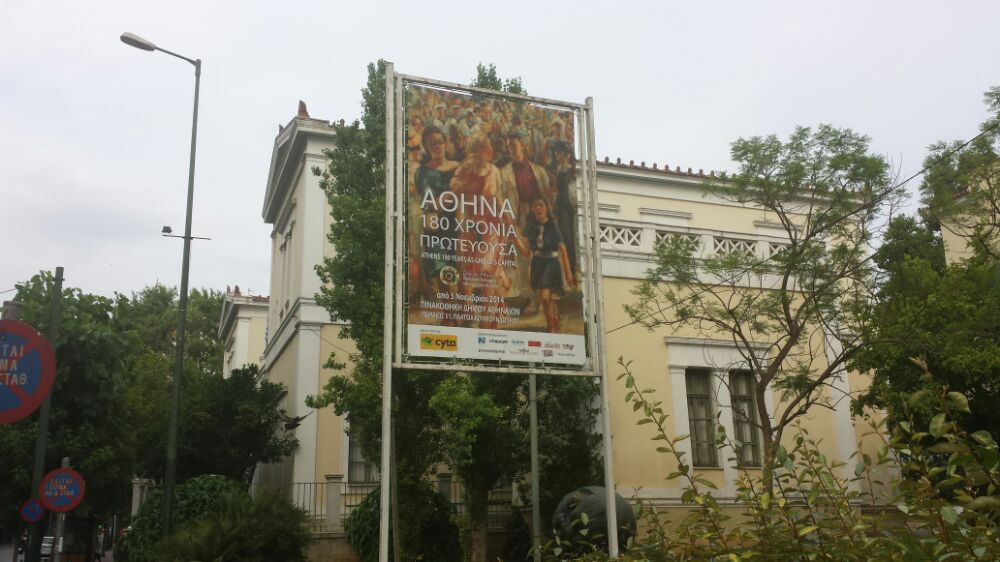 During my visit to this building, there was an exhibition titled ‘Athens 180 years capital of the Greek State‘.

Originally, this was due to finish in May 2015, but it was extended due its popularity.

Inside were numerous paintings, some of which depicted modern art interpretations of the city, whilst others were, what I would call, ‘proper paintings'. Well, you know what I mean. 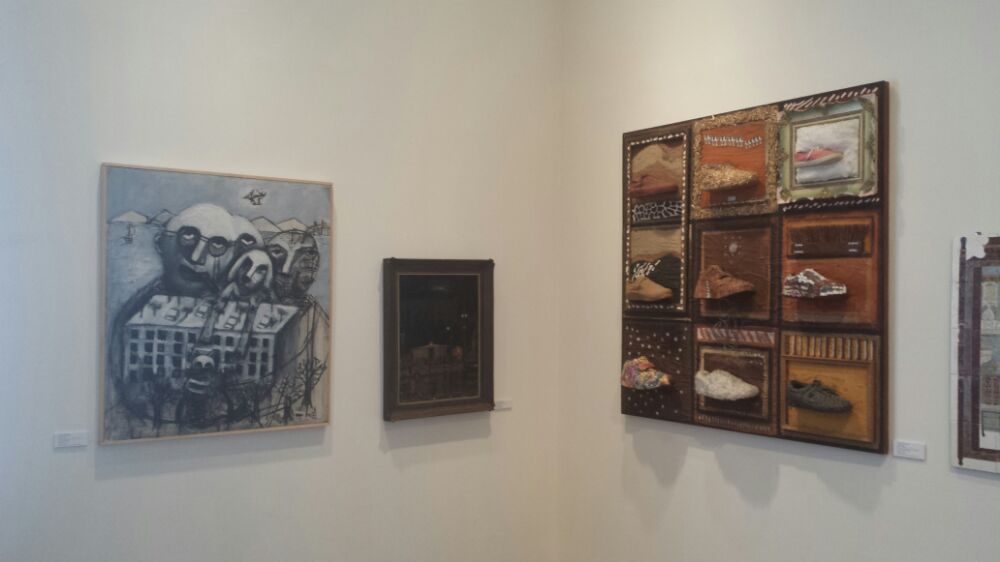 Still, that one with the shoes on it looked pretty cool. 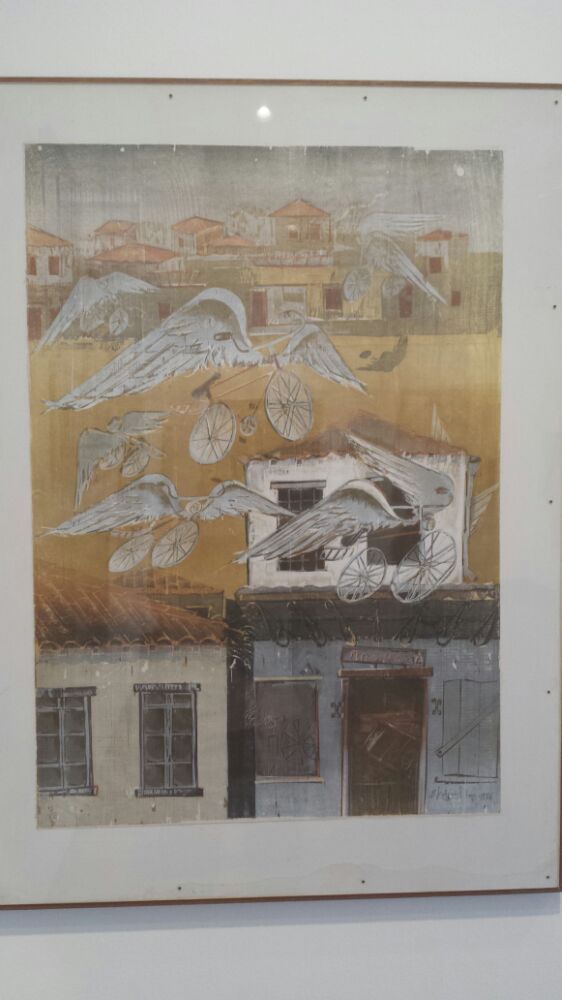 And this painting of bicycles as angels obviously caught my eye. If there is something to do with bicycles, I will find it!

I am not sure what this building will house after this exhibition will finish. If you are thinking of visiting, you can get in touch with them on 210-323–1841.

On to building number two of the Municipal Gallery of Athens. This one can be found at  Myllerou and Leonidou streets on Avdi Square in Metaxourgeio. 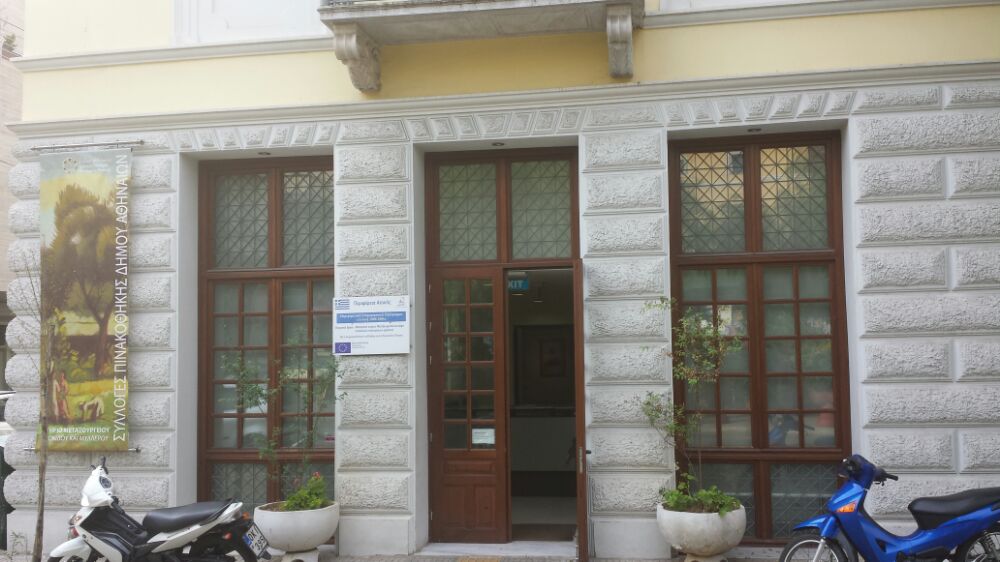 Note the sign on the front of the building which indicates it is at least partially , if not fully funded with EU money. What would happen to places like this should Greece exit the Euro? The answer to that is currently beyond the scope of this blog post!

This museum was interesting for me, in that it split the artists and their works up into sections. Ever wanted to know what the difference is between an Impressionist and a Surrealist? This museum in Athens will show you by example! 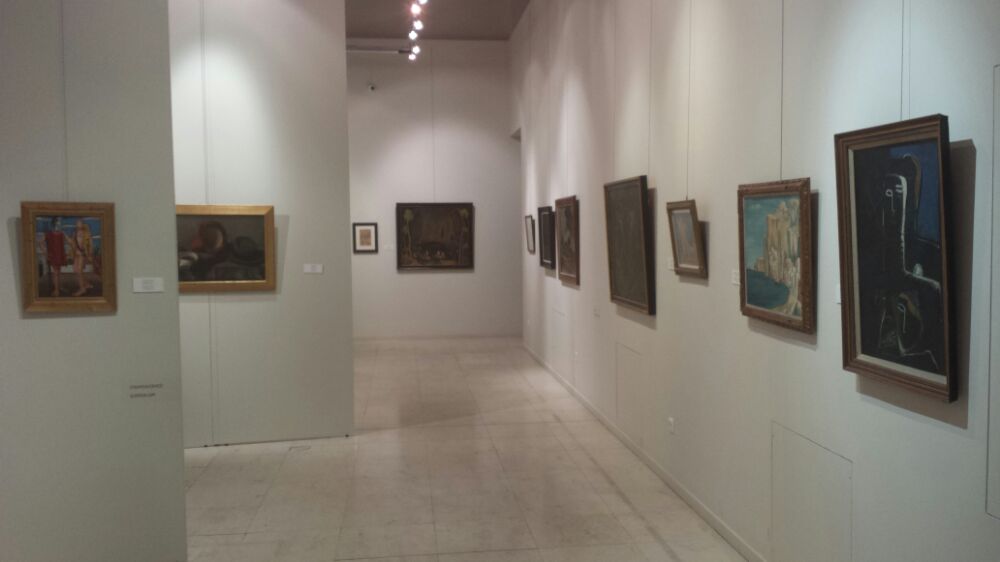 A third building I hear you ask? Well, yes there is, even though most information out there doesn't mention it! This building can be found just behind building 2 (ask at the desk before you leave building 2 to see if it is open). 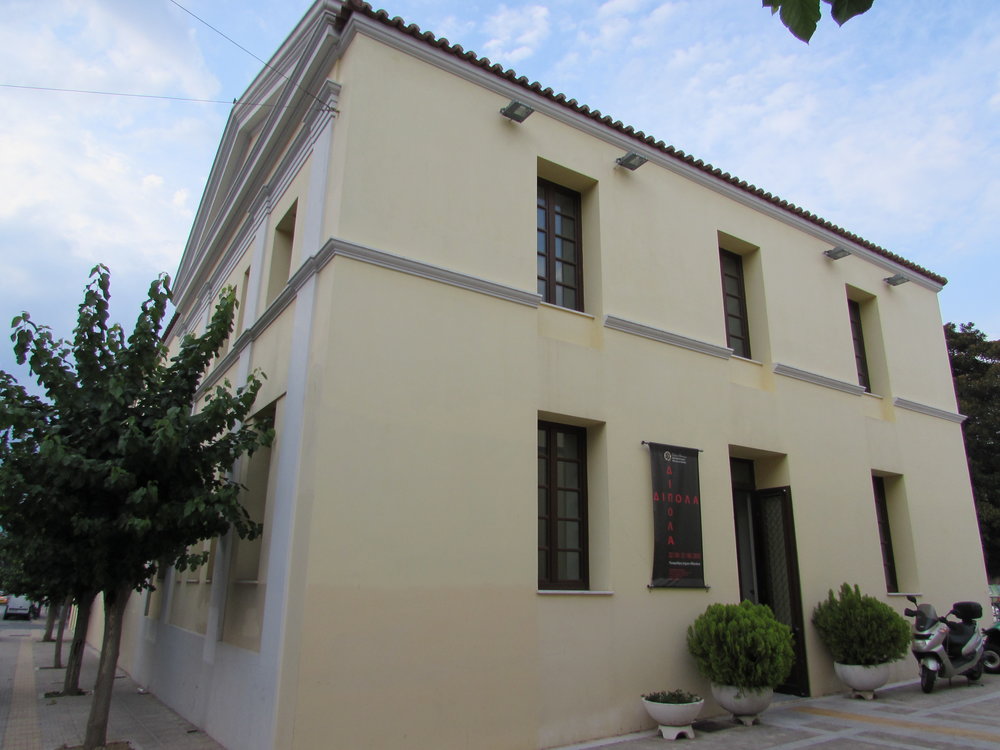 Inside this one, was an exhibition which featured modern art works from local artists. The theme was around ‘Polar Opposites', although that might not be a perfect translation.

To be fair, we didn't realise this until we started talking to one of the exhibition organisers and artists! However, once we understood the theme, the meaning behind some works became more apparent. 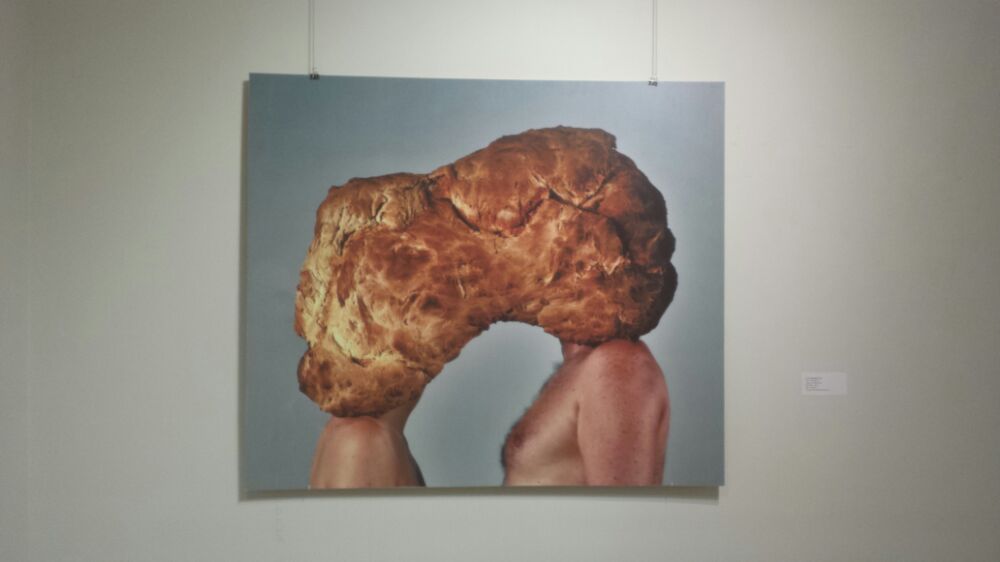 We also found out something rather interesting. Apparently, this exhibition had been due to finish in May, but was extended until October because it had proven to be so popular.

However, with only a weeks notice, they were informed that the security guards were all being laid off at the end of the month which was June. (This is directly connected with the Greek crisis and greferendum).

So in fact, we visited on the very last day!

With there being no security guards though, what would happen to the building next?

Would it remain empty, would another exhibition come along in a months time?

As with so much in Greece, no one really knew what would happen. very uncertain times, and one can only hope that the building continues to be used for the arts in the future. 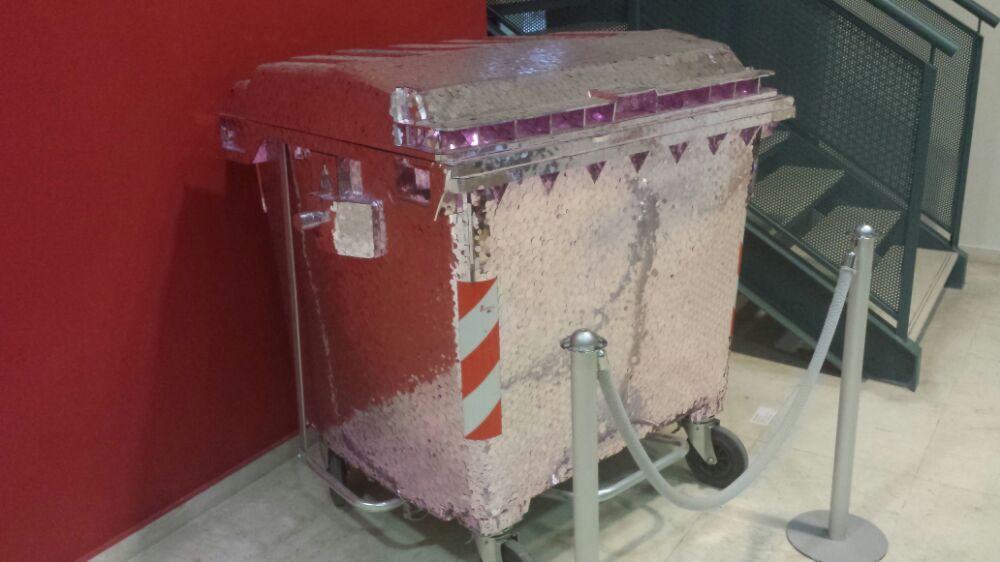 This was the last exhibit that we saw on the way out. Was it a joke, or a statement about society? What do you think? As always, I welcome your comments below!

If you're planning a trip to Athens, you may find these other blog posts to be good reading: