The Portuguese camino coastal route is a well known section of The St James Way with hikers, but also popular with cyclists. Comfortably completed in 7 days, the 280 km route between Porto and Santiago de Compostela is suitable for people of most levels of fitness, and a is a good choice for anyone looking for bike tours in Portugal. Here's all you need to know. 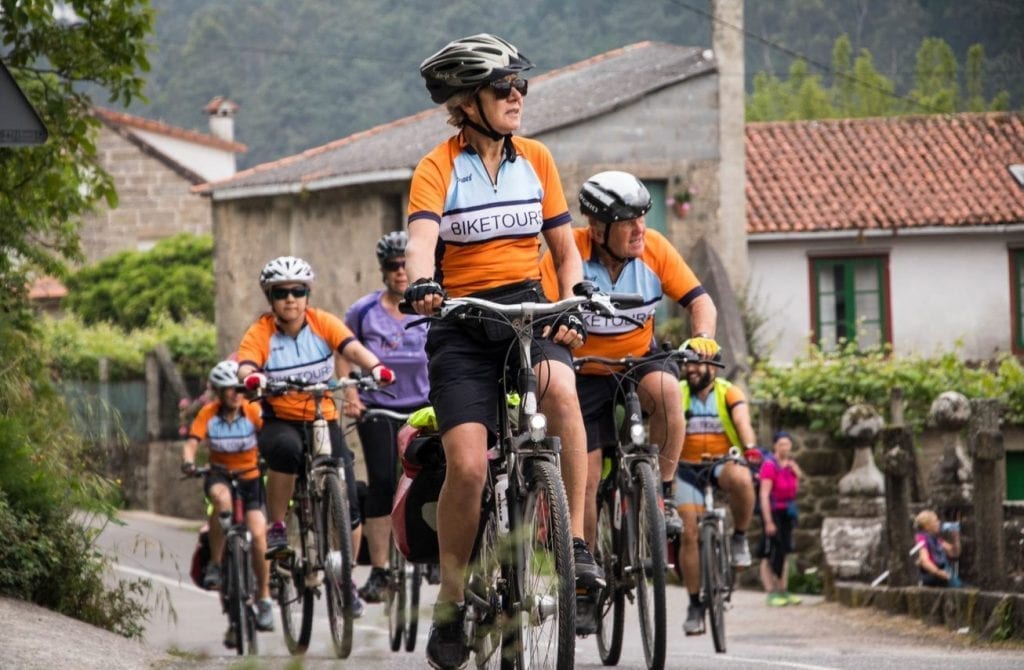 Santiago de Compsostela is arguably the most famous pilgrimage destination in Europe. It attracts thousands of people who are keen to either hike or cycle along its various routes.

Whilst some people are able to devote the time required to complete the Santiago de Compostela route in it entirety, most either break it down into sections, or choose to experience just part of it.

One great way of cycling the Camino, is on a pleasant cycling tour such as this one: Cycling the Portuguese Coastal Path

The Portuguese coastal camino way provides the perfect opportunity to enjoy a 280 kms section. Starting in Porto and finishing in Santiago de Compostela, it follows a predominantly coastal route through Portugal, finishing over the border in Spain.

The Portuguese camino coastal route is best experienced by bike, with the stages divided between 7 days. As a week long bike tour in Portugal, this makes it ideal for anyone seeking a cycling holiday in Europe, or including it as part of a longer bike tour across Europe.

An organised bike tour along the Portuguese Camino from Porto to Santiago Compostela is a good option for people that would prefer to enjoy the cycling and have the logistics taken care of for them. This means that accommodation along the camino would be prearranged for you, and even bags transferred ahead.

Bike tours along the Portuguese Way are available as guided or self-guided, and this one is a great example – Bike Tour of Way of St. James.

The Way of St. James Bike Tour is divided into 7 days, with the maximum amount of kilometres being cycled in any one day being 60. There are various options available between self-guided and guided tours, with the guided bike tours being reliant on a minimum number of participants.

Which one you should choose is up to you. I've always found that having guides on any tour gives a much greater insight into the areas visited, but at the same time, like the freedom that cycling under my own pace gives me. I'd probably choose self-guided. 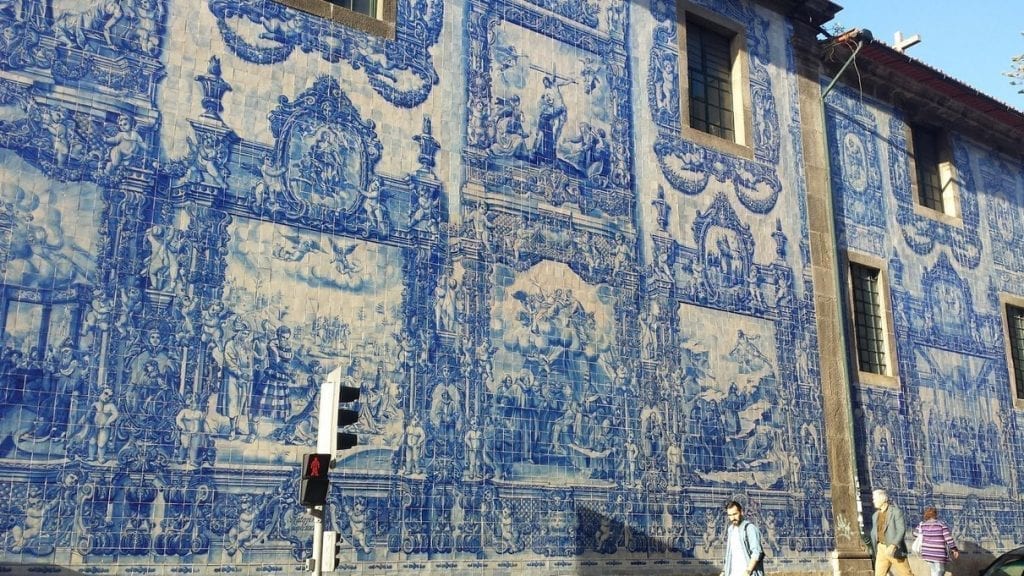 The first day would be spent in the city, seeing many of the sights that I have covered in my things to do in Porto guide. A city tour here would give a greater appreciation not just for Porto, but also the country you are about to cycle through. I've always found a good city tour at the beginning of a vacation or trip to be useful, as it gives me the chance to ask lots of questions and have them answered by a local!

The cycling tour along the Camino Portuguese coastal route officially begins when exiting Porto. The destination for the day is the medieval city of Esposende, but along the way cyclists will enjoy the charms of the coast, including numerous fishing villages. Feeling hungry along the way? Stop off for a seafood meal to replenish your energy levels!

On the third day cycling the Way of St. James in Portugal, you will head to Viana do Castelo which is another city by the sea. This city played a very important role during the Discoveries period, as it was from here that ships were designed to reach the faraway destinations cush as Brasil, India, and Africa.

Passing through, cyclists will eventually reach Caminha, which is well known for its natural and green heritage, waterfalls, and beaches.

It's time to enter Spanish territory as the camino coastal route carries onward. Today's destination would be Bayona, which has an interesting city centre to explore. Interesting fact – Sir Francis Drake raided Bayona during the 16th century!

The fifth day of the St. James Way bike tour will encompass the stream of Vigo andl end in San Simon’s bay at Pontevedra. The route hugs the coastline, which is famous for its oysters – remember to try them! Some remarkable sights and nice cycling await with monuments such as the church of Santiago in Arcade (XII-XIII centuries).

The destination on the 6th day of cycling is Caldas de Reis, which was originally settled before the Roman era. It has a rich cultural heritage, and unique gastronomy such as the “empanadas” of lamprey and the traditional Spanish bread. A centre for healing since ancient times due to the hot springs, it is still a destination for people seeking wellness breaks today.

On day 7 of the Way of St. James bike tour, cyclists finally reach Santiago de Compostela, one of the most important pilgrimage destinations in Europe. To mark the end of the journey, be sure to cycle to the Square of Obradoiro to see the majestic baroque cathedral where the remains of the apostle are located! 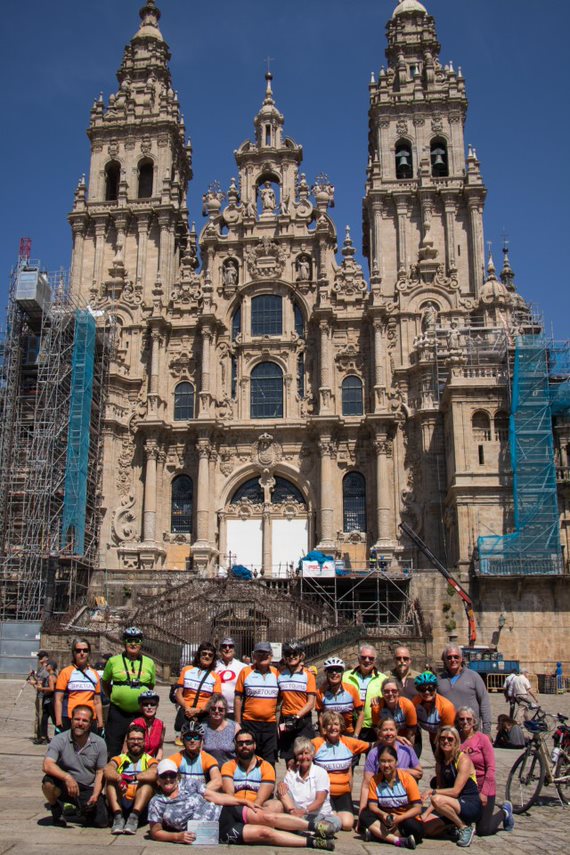 To find out more about cycling the way of St. James through Portugal, contact the guys at Fold n ‘Visit.

Readers who want to cycle along the scenic coastal camino route from Porto to Santiago de Compostela often have a few questions. Here are the answers to some of the most frequently asked questions about this incredible journey!

How long does it take to cycle the Portuguese coastal camino?

The journey from Porto to Santiago de Compostela takes approximately 7 days, although this can be extended or shortened depending on your fitness levels and how many stops you want to make along the way.

How difficult is the Portuguese coastal camino?

The Portuguese coastal camino is relatively easy, although there are a few hills along the way. The majority of the route is flat, making it ideal for cyclists of all abilities.

Is it necessary to be a experienced cyclist to cycle the Portuguese coastal camino?

No, it is not necessary to be an experienced cyclist to enjoy this journey. However, it is recommended that you have a good advance physical preparation to make the most of the ride.

What are the best months to cycle the Portuguese coastal camino?

The best months to cycle the Portuguese coastal camino are from April to October, when the weather is warm and dry. July though is probably too hot for many people!