Last Updated On August 6, 2022 by Dave Briggs Leave a Comment

There are normally three ferries per week traveling from Syros to Serifos island in Greece during the summer months operated by Blue Star Ferries. 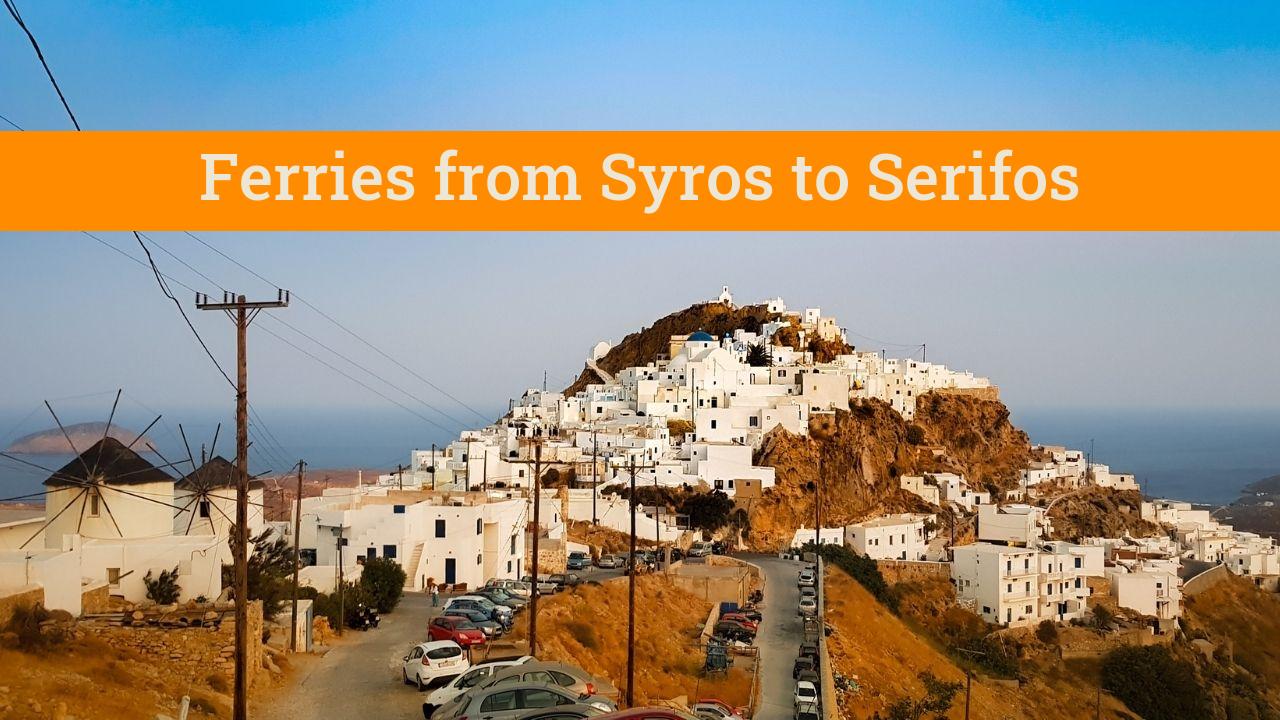 How to get from Syros to Serifos

The island of Serifos is located to the south-east of Syros, but as it doesn't have an airport, the only way to travel to Serifos from Syros is by ferry.

Ferry connections tend to vary from year to year. For example, back in 2015 there was only perhaps a single ferry per week which didn't get there particularly quickly. In 2022, there were three direct ferries per week operated by Blue Star Ferries on the Syros Serifos ferry route.

Direct Ferries to Serifos from Syros

Blue Star Ferries may have three boats per week sailing from Syros to Serifos. In 2022, these ferries left on Sundays, Tuesdays and Wednesdays.

If you want to check schedules and book tickets for the ferry online, check out Ferryhopper. Take a look here for a guide to ferries from Syros.

As we all know, the pandemic crisis of 2020/2021 has thrown travel plans into disarray. This means that Greek ferries during the next few years, especially 2022 and 2023, may have schedules adapted to lower demand.

The short version – don't guarantee on three weekly Syros Serifos ferries and have a Plan B!

Plan B in this case would be to go via another island. The obvious choice here would be to take a ferry from Syros to Paros, and then another one from Paros to Serifos.

How to get from Syros to Serifos FAQ

Some commonly asked questions about traveling to Serifos from Syros include:

How do we get to Serifos from Syros?

The only way to travel from Syros to Serifos is by taking a ferry. There are up to three direct ferries every week sailing to the island of Serifos from Syros.

The Greek island of Serifos does not have an airport. The closest airport to Serifos is on the island of Syros.

How long is the ferry ride from Syros to Serifos?

The ferries to the Cyclades island of Serifos from Syros take between two hours and twenty minutes and three hours and fourty five minutes. Ferry operators on the Syros Serifos route may include Blue Star Ferries.

Which ferry companies operate the Syros to Serifos route?

Blue Star Ferries are the only ferry company operating a direct connection between the Cyclades islands of Syros and Serifos.

– Dave Briggs
Dave is a travel writer living in and writing about Greece. In addition to creating this travel guide to ferries from Syros to Serifos, he's written hundreds of other insightful travel guides to Greek islands and destinations. Follow Dave on social media for travel inspiration from Greece and beyond: